For each pair sold, Puma will donate $25 to assist relief efforts following Hurricane Dorian’s destruction of the Caribbean island

Phoenix Suns center Deandre Ayton has been quite busy the past few months. While working to build on a strong rookie campaign, during which he averaged a double-double (16.3 points, 10.3 rebounds) and was named to the NBA’s All-Rookie first team, the 7-foot-1, 250-pound big man has shifted some of his focus off the court.

Ayton hails from the Bahamas, which was recently ravaged by Hurricane Dorian, a Category 5 storm that led to a reported death toll of 53 people (and counting), with more than 1,300 people still missing and an estimated $7 billion in damage to the home country of the No. 1 overall pick in the 2018 NBA draft.

“Thank you to everyone for reaching out with their prayers and concern. It’s been a rough few days checking in on family and friends back home and thankfully everyone is OK,” Ayton, a native of Nassau, wrote on Instagram on Sept. 6, four days before Hurricane Dorian dissipated. “The damage back home is devastating and my heart goes out to my fellow Bahamians as we deal with the effects of Hurricane Dorian.”

In his Instagram post, Ayton pledged $100,000 to various relief efforts in the wake of the natural disaster and has since received support from the Suns, his teammates, local businesses, Arizona Cardinals wide receiver and future Hall of Famer Larry Fitzgerald, and now Puma.

In 2018, Ayton signed a multimillion-dollar endorsement deal as part of the German sportswear company’s return to basketball for the first time in nearly two decades. On Thursday, the brand released the Puma RS-X Deandre, Ayton’s own colorway of the 1980s-inspired silhouette. The lifestyle sneaker, which will be sold exclusively at Champs Sports for $120 a pair, marks Ayton’s first product collaboration with Puma and specifically pays homage to his native country in the design. Puma also announced that for each pair of the RS-X Deandre that is sold, the brand will donate $25 to assist relief efforts in the Bahamas.

Ahead of the shoe’s release, The Undefeated spoke with Ayton about what this moment means to him — and to the Bahamas. 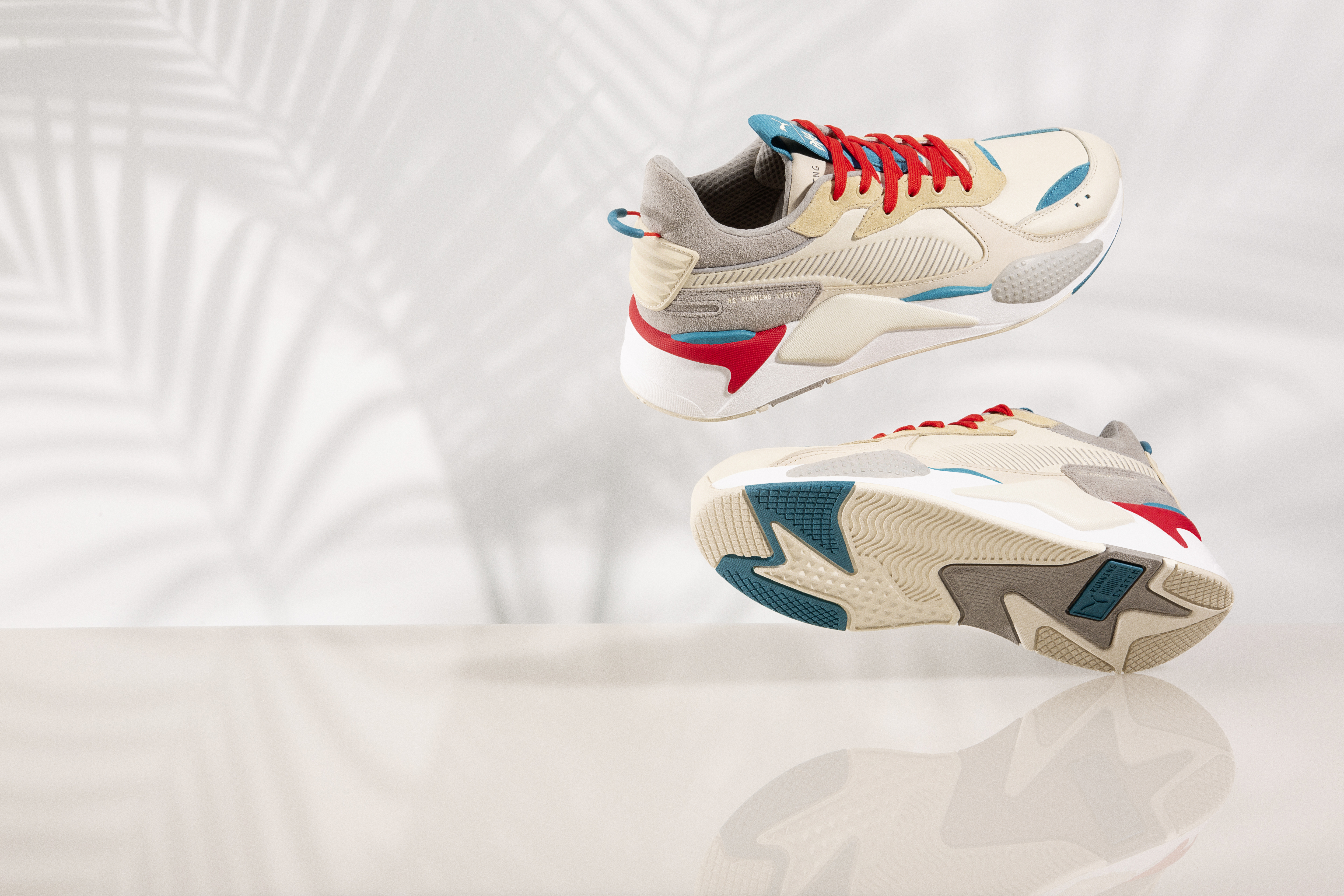 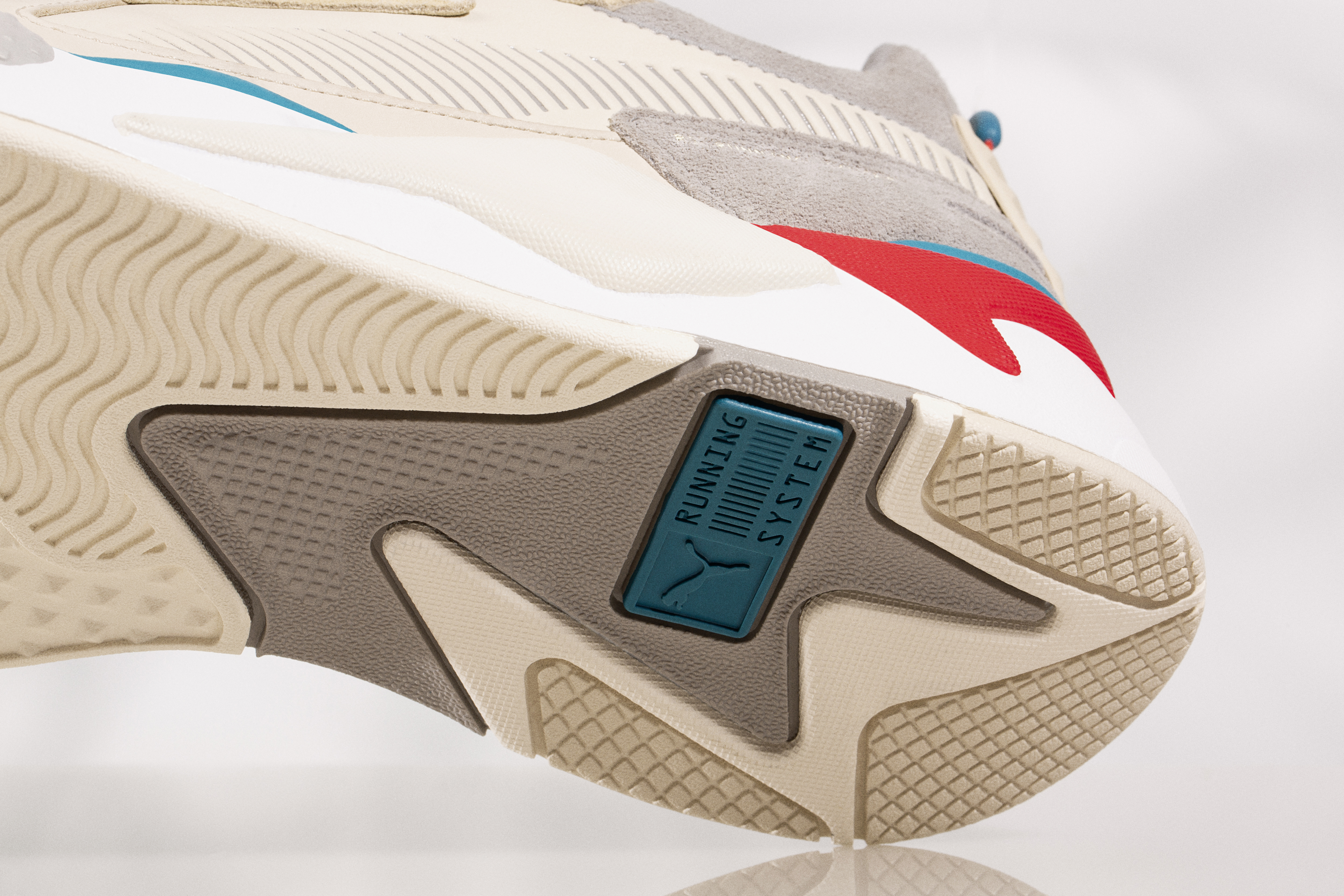 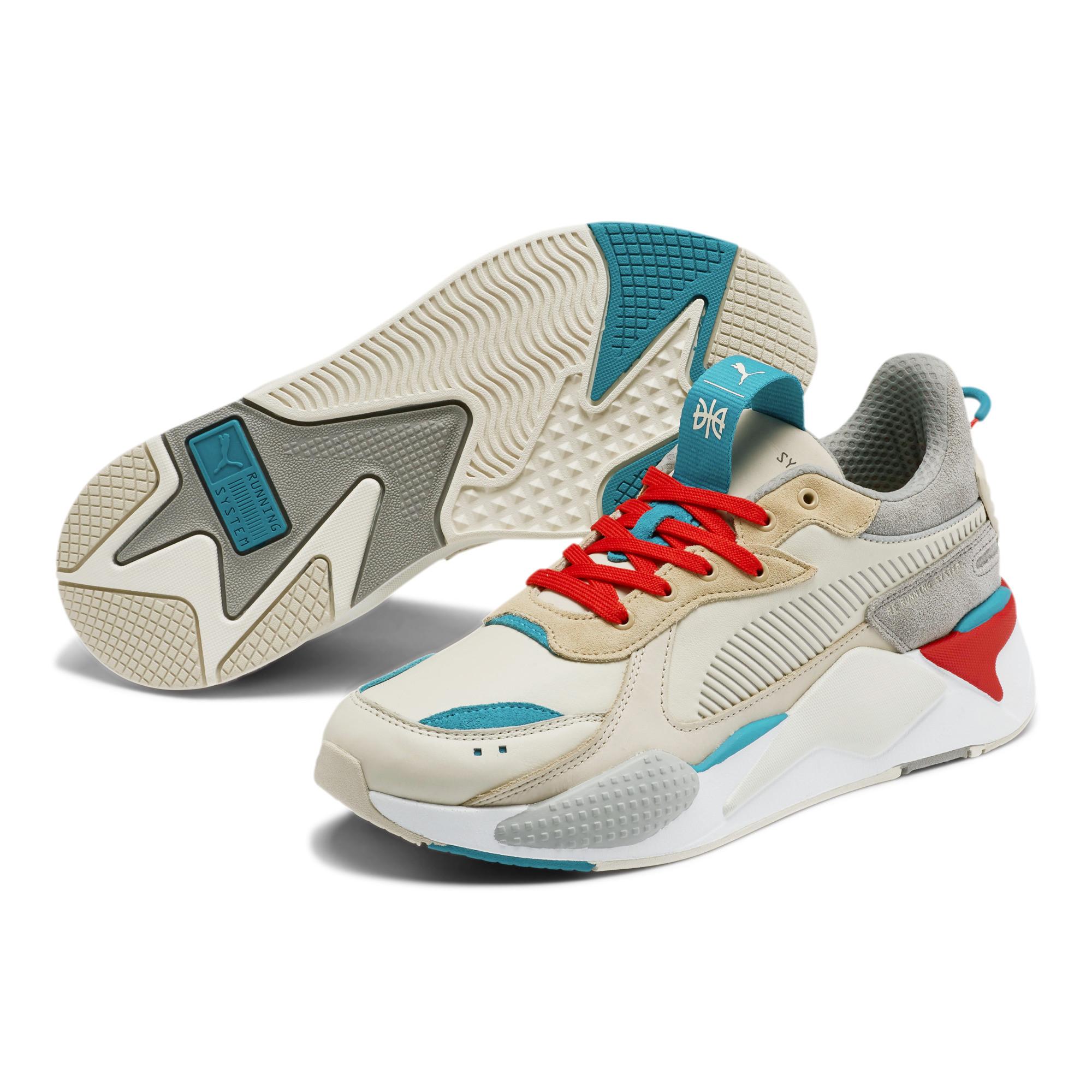 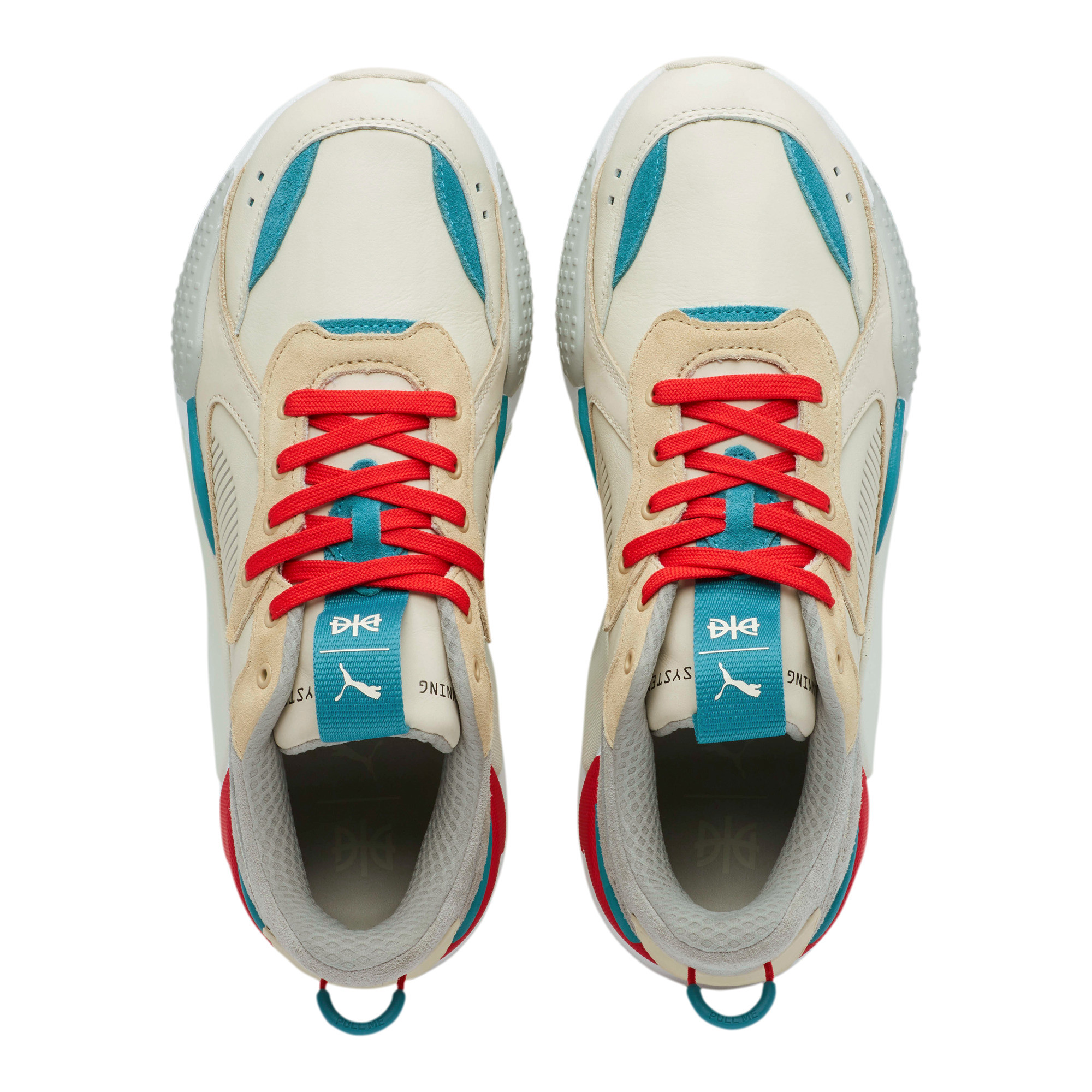 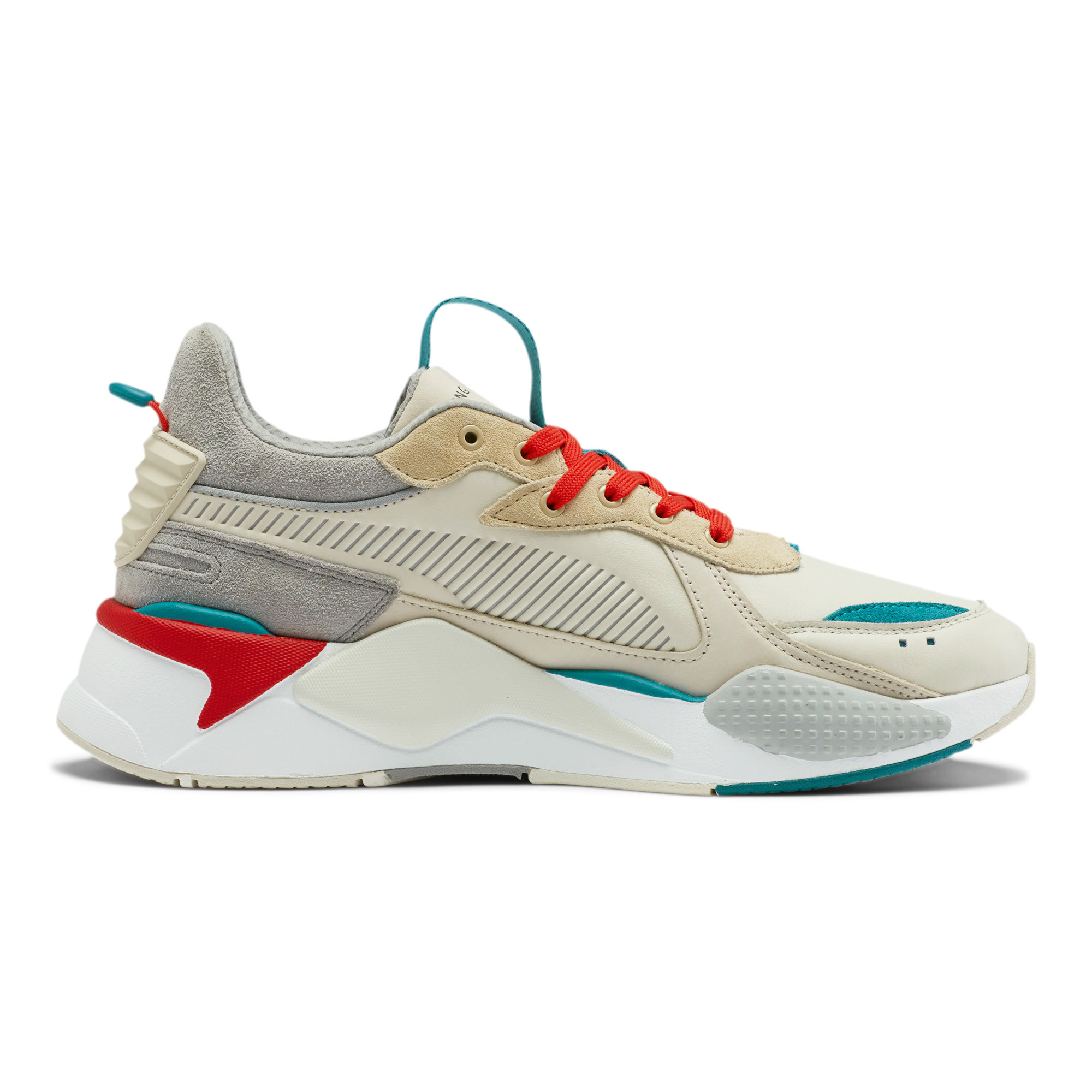 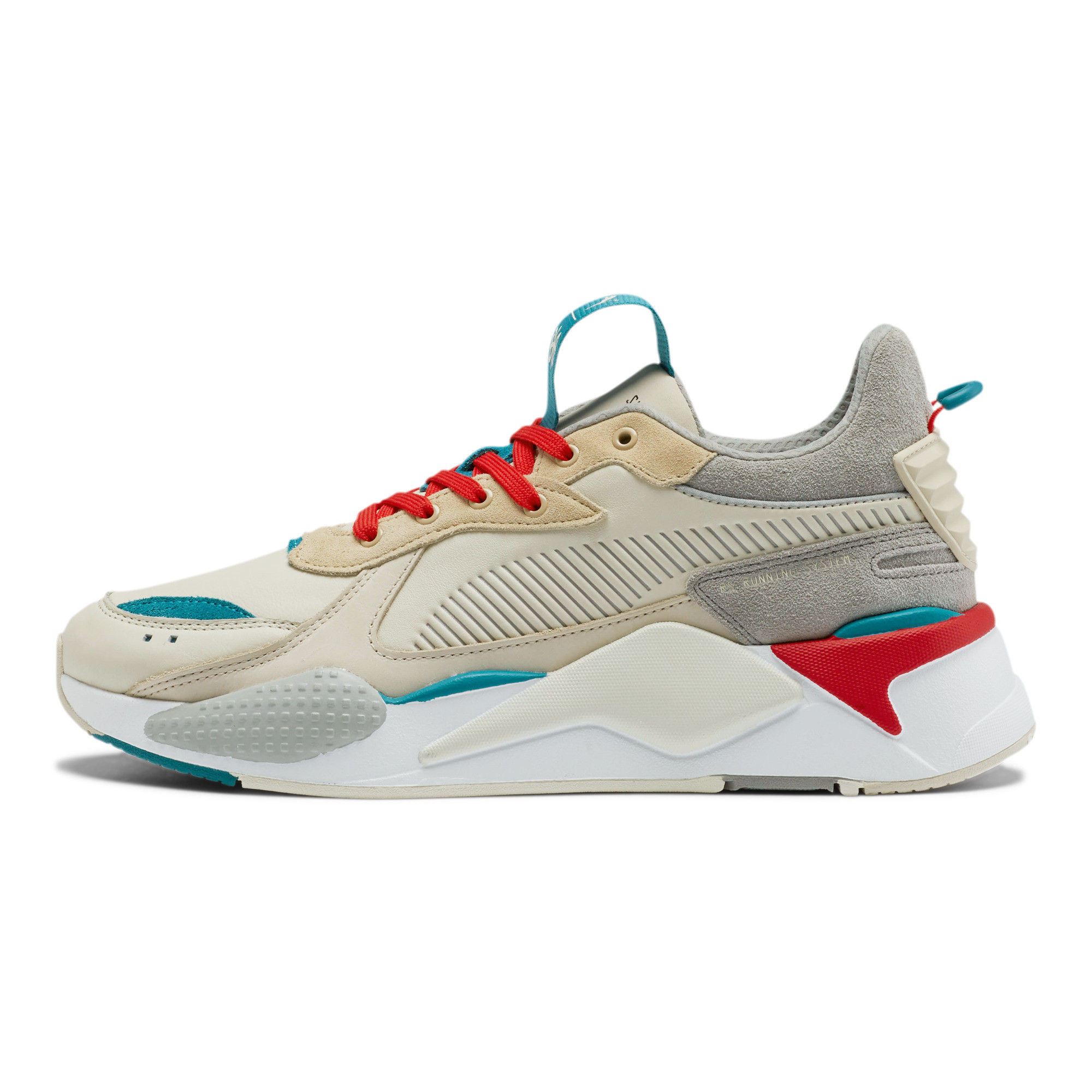 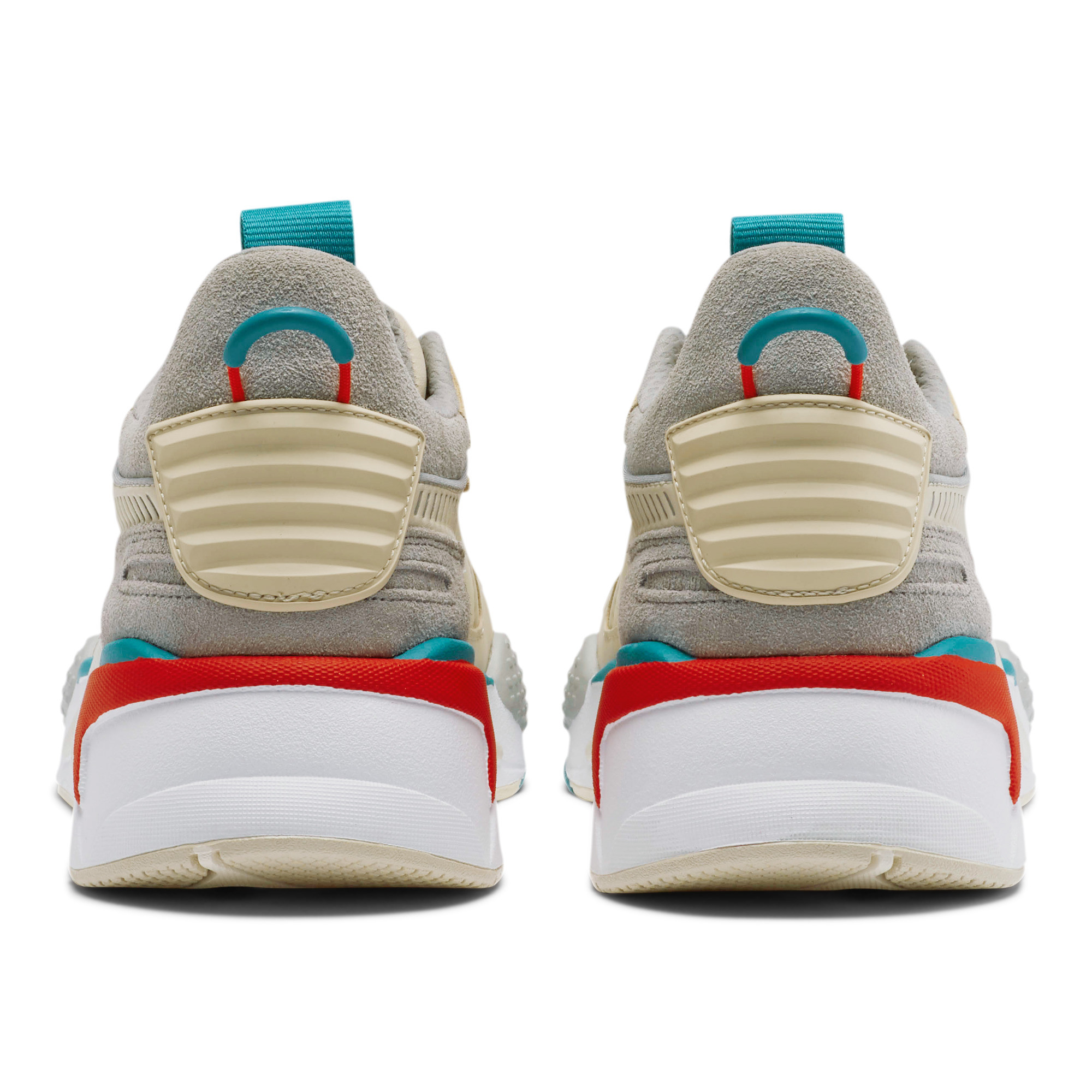 How does it feel to have your first product collaboration with Puma, the RS-X Deandre?

Following Puma and wanting to be a part of Puma for a long time after growing up around the brand and wearing it at a young age, to now have my own personal shoe and design reflecting my signature style, it’s amazing. It’s a dream. It’s everything that somebody who’s in the business and industry would want. It’s a huge milestone.

How exactly did this opportunity come about?

Hard work. I worked my butt off, and with success comes individual accolades. This is one of the accolades that I accomplished.

What was the design process like, and how hands-on were you during it?

It started with the insoles. They’re like the beach. I love the beach, being from the Bahamas. The shoe also represents sand and a shore. Every time I’m in the Bahamas, I just feel free. No worry of nothing. And I have red in the shoe, which is my favorite color. 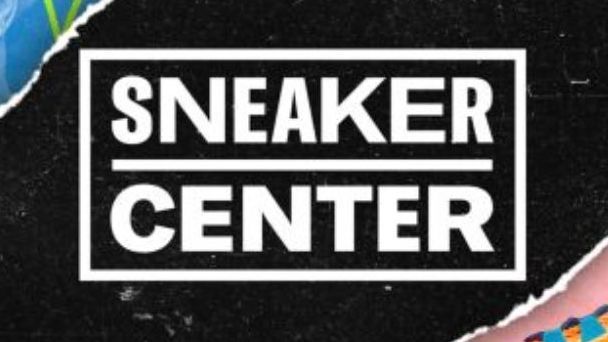 How do the colors incorporated into the design represent your home country?

There’s aqua blue, which is a part of the flag. That’s the only thing I really want to put in it to make it a magical shoe.

How important is it to you that for each pair of the shoe that’s sold, Puma will donate $25 to assist relief efforts in the Bahamas?

To have the support of a partner like Puma is awesome. I really appreciate everything they continue to do for me. This is just a huge step that they’re taking for me and my team to help out and do as much as we can for Hurricane Dorian relief.

How did you first hear about Hurricane Dorian, and what’s the past month been like for you?

My stepdad lives down there. He goes back and forth and was giving us updates about the weather and telling us to keep an eye on the hurricane. Growing up, we know what a hurricane is capable of. We know what the process of preparing for a hurricane. Sometimes the plan doesn’t go the way you want, unfortunately. So having flashbacks, it was just about sending prayers to all the families back home.

Thank you to everyone for reaching out with their prayers and concern. It's been a rough few days checking in on family and friends back home and thankfully everyone is ok. The damage back home is devastating and my heart goes out to my fellow Bahamians as we deal with the effects of Hurricane Dorian. My family and I have been working to determine how best to support now and going forward. We’ll be pledging $100K toward various relief efforts while we continue to work through long term support with the NBA Family and my partners. We are also asking Suns fans and those in the Phoenix area to please join us Tuesday, September 10th  where we'll be working with the Suns to collect much needed supplies and donations. More details to come on time and location ASAP. Please give as much or as little as you can. Items to be collected: Toiletries, diapers, baby wipes, first aid kits, cleaning supplies, canned goods, box fans, leather work gloves, hand sanitizer, non-perishable food, water, generators (no clothes) and monetary donations. More info to come for those who can’t come out locally but wish to support. Thank you and blessing 🇧🇸🙏

What specific memories do you have experiencing hurricanes while growing up in the Bahamas?

I definitely remember Hurricane Katrina. I remember my favorite tamarind tree going down in front of my eyes, and I was singing, ‘Rain, rain, go away’ with my little sister, looking outside the window. I’ve seen the rooftops of certain houses blown off, and certain objects flying in the air while the storm is going. It’s pretty wild. You see trees bending so far until they’re ready to snap. It’s a lot. 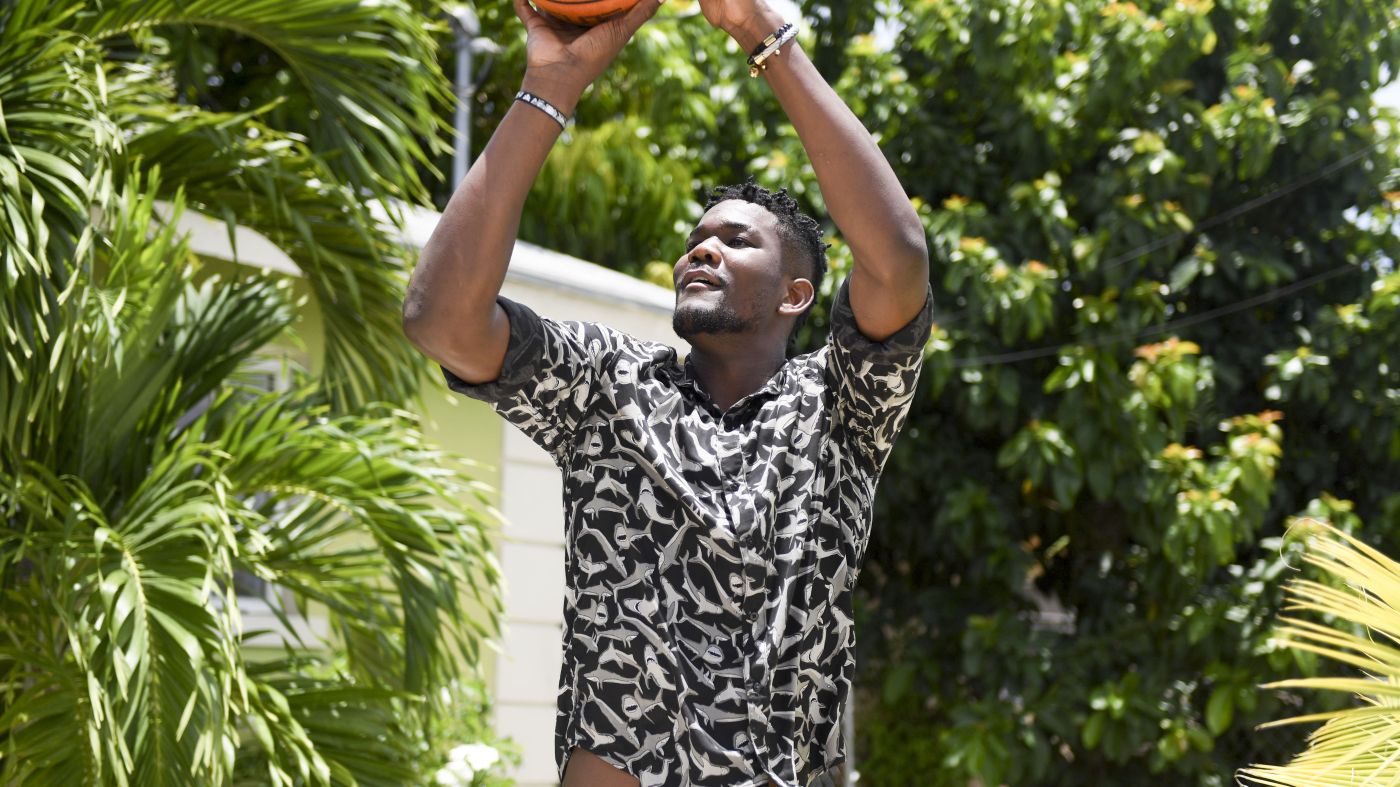 What type of support have you received from the NBA following the hurricane?

Last night, my coach, Monty Williams, donated $5,000 to UNICEF’s Hurricane Dorian relief efforts. We did a collab with Ocean 44 [restaurant]. The Suns set that up and got a dinner done. People donated about $47,000 that night, which was a huge blessing. I didn’t know it was going to be that much. To be honest, I didn’t know that many people were gonna come out. It was big. I was speechless seeing the results. And Fry’s Food Stores helped me collect and donate goods. The Valley is really supportive, and I’m just glad to have fans like this have my back.

Have any specific players helped you provide relief?

Kelly Oubre Jr. …. He’s doing a Valley Boyz [clothing line] pop-up shop here in Phoenix, and everything is going to Dorian relief. That’s something big. He surprised me with that one. He didn’t tell me. It gave me goose bumps to see how much love people have for me.

Do you plan on returning to the Bahamas?

Of course I would love to go back. But right now, I’m just focused on the season and doing what I can from here.

Looking back to last year, what made you sign with Puma when you entered the NBA?

What was your first-ever pair of Pumas?

I can’t remember exactly … but the person who inspired me was Usain Bolt, watching him on TV representing Puma. I think that’s mainly how I got into it. I fell in love from there.

This man right here has inspired me my whole life. Not only to meet him, but to give him the very first pair of my new lifestyle shoe is a moment i’ll never forget. Shoutout to @puma & @pumahoops for making memories 🇯🇲 🇧🇸

On Instagram, you posted a photo of you giving Usain Bolt a pair of your Pumas — what was that moment like?

You gotta ask me if I was even speaking English when I was talking to him. I was so nervous. I just told him how much he inspired me in terms of collaborating with Puma, and how much of an inspiration he is in terms of his work ethic and how he represents his country from the heart. Everything he does is from the heart, even how athletic and versatile he is.

How big is he in the Caribbean?

You might as well call him the president of the Caribbean. But he’s global. I think he’s like that everywhere he goes, to be honest.

What can the NBA expect from Deandre Ayton in year two?

Improvement. I’ve been in the lab. I can say this, I’ve never been in the gym so much my whole life.

What’s the most notable improvement you’ve made to your game?

Definitely the 3-ball. I’ve worked on it a lot, as well as bringing the ball up and handling the ball around the perimeter. I’m just really trying to take over every possession. Overall, being more dominant every game.

What’s it going to be like walking into Talking Stick Resort Arena this season in your own Pumas?

Man, they just better take a picture. I don’t care what I’m wearing … just take a picture of my feet and I’m good. I’ll just post that. … That’ll be my postgame pic.

Do you think your fellow Bahamians will like the Puma RS-X Deandre?

Most definitely! I didn’t show our flag too much, but I put our aqua blue in there and I put our beaches in there. Nice, clear blue ocean, nice sand. … They better like it!