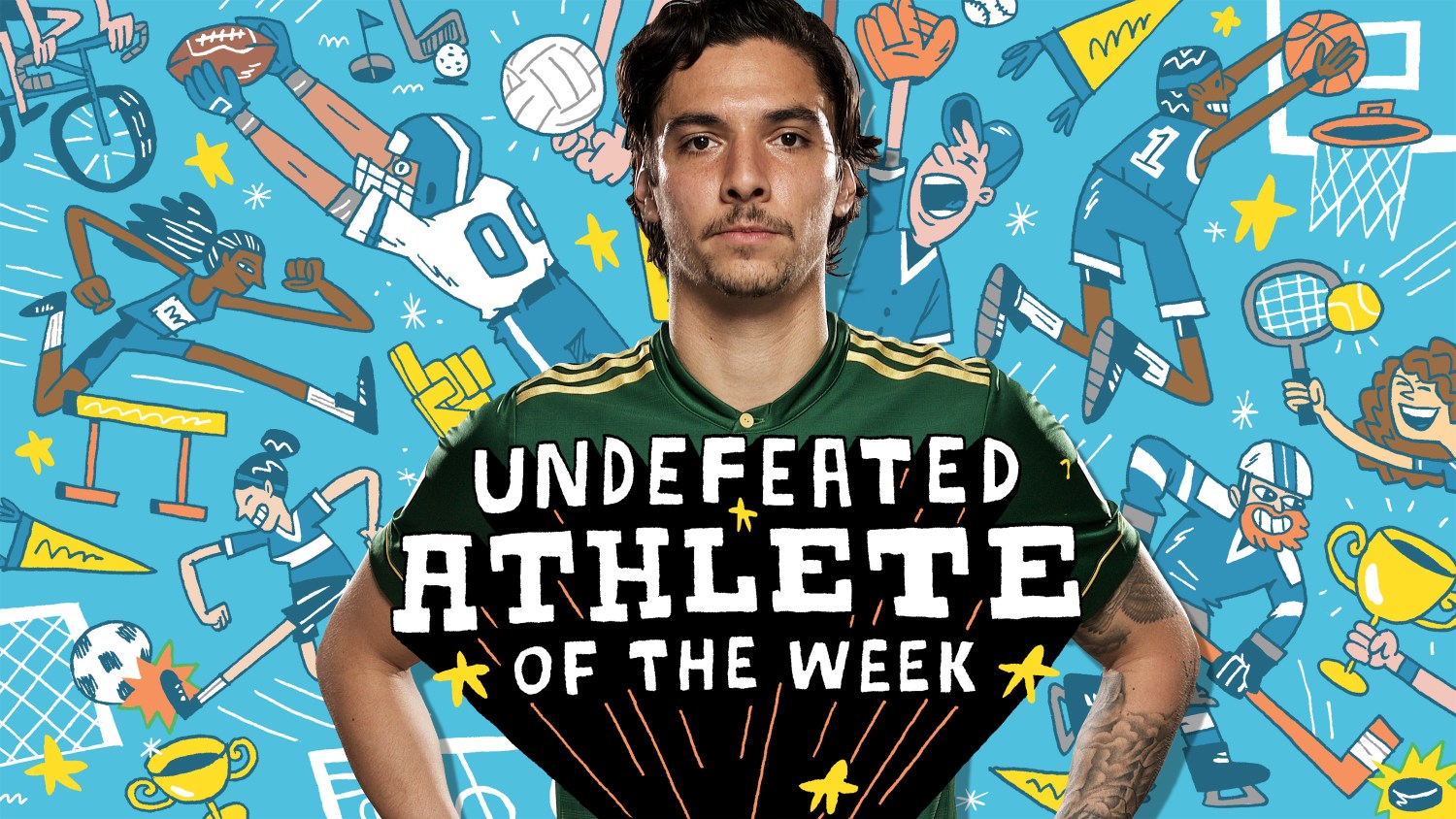 For Portland Timbers’ Zarek Valentin, a bet over a hair ribbon spawns support for local youth

“It was probably about the second or third time I’d run into [this fan],” Valentin said of the man he knows only as “Russell.” The man is a fan of Hayley Raso, a winger for the National Women’s Soccer League’s (NWSL) Portland Thorns, and he challenged Valentin to wear a ribbon in his hair like Raso.

“Obviously, being the guy with the longest hair on the team, [Russell] figured he’d throw it out there,” Valentin said. “I said, ‘All right, I think I could potentially work something out.’ ”

Just like a cagey defender, Valentin decided to put some parameters around the bet — agreeing to tweet to his followers that he would wear a bow in his hair for a match, just like Raso, if he got 10,000 retweets.

It took less than 24 hours for his tweet to reach that mark — with a little nudge from Raso and her Thorns teammates Meghan Klingenberg and Emily Menges.

“This [effort] showed me the power of social media,” Valentin told The Undefeated, still sounding a bit surprised. “When I got home and showed my fiancée, she said, ‘This is pretty incredible, how the soccer community here in Portland can make this happen in under 24 hours.’ Then she said, ‘You know, if the people in Portland can get around a tweet about a bow or a ribbon, let’s see if we can turn this into something even better.’ ”

Valentin took the hint from his fiancée, Elizabeth McAteer.

Valentin decided to rock a ribbon for the June 9 game against Sporting Kansas City. With the support of McAteer, Valentin joined forces with the 107ist, the charitable arm of the Timbers’ supporters group, Timbers Army, to sell ribbons inside and outside of Providence Park for the match. Proceeds from the sale would support the New Avenues for Youth’s Sexual & Gender Minority Youth Resource Center, which provides a safe, supervised and harassment-free space for LGBT youths.

“I do believe that we’re given a platform and we should promote the good things going on in this world,” said Valentin, a Lancaster, Pennsylvania, native and this week’s Undefeated Athlete of the Week. “There’s just too much negativity around us to not do so. I’m given a platform and, with a lot of help from some pretty cool people, we make some decent things happen.”

The fundraiser, via its GoFundMe Page, collected more than $4,000 and spawned a larger effort with the Timbers Army, which announced that it would be selling another round of ribbons on June 27 when the Thorns host Sky Blue FC.

“Of course we know that the Portland community is very inclusive — basically saying everyone’s always welcome,” said Valentin. “You know, no racism, no anti-gay, just completely inclusionary, so it made sense at the time.

“This is the first time I’ve been playing for something like this, because I was abroad for a little bit,” said Valentin, 26, who played for Norwegian second-division club Bodo Glimt from 2013 to 2015 before joining the Timbers in 2016. He was selected fourth overall by Chivas USA in the 2011 MLS SuperDraft. “Getting back into the swing of things here in America has been fantastic. The city’s just been incredible with their support and really brings a lot of money, and hopefully we can keep doing that.”

Valentin noted that this is the absolute best time to be a soccer player and fan, not only because his 6-4 Timbers boast one of the most rabid fan bases in the country but also because it’s a World Cup year.

Still, he hopes issues of racism toward players don’t put a damper on the tournament, which starts Thursday. “The World Cup is such an incredibly inclusive event because there’s people from literally everywhere in the world watching and participating,” said Valentin, whose dark-horse pick to win it all is Belgium.

“The World Cup finals, obviously, is the most watched sporting event in the entire world. When you have people from Chile and Peru and Colombia and Russia and Slovakia and all these different places in one location celebrating a sport, why not sit down and have a beer and chat and get to know where people are from? If we can take that idea and spread it throughout the world, it’s just going be a much happier place. That’s why I’m happy to be a part of an organization like the Timbers, and a city like Portland, that really embraces that.”