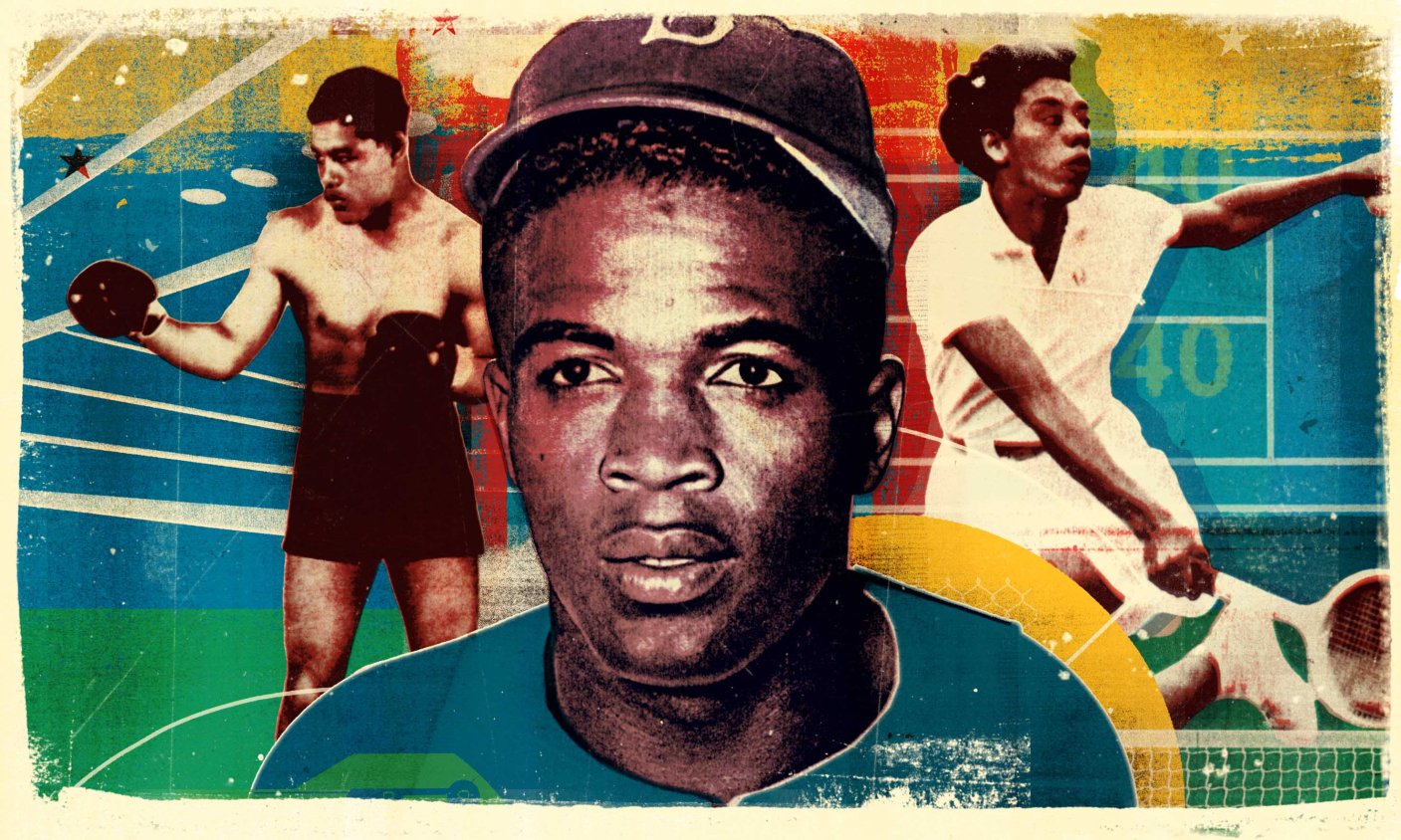 Pots & pans: Black heroes (and sheroes) were athletes before they were actors

This year, Hollywood continues belatedly integrating the nation and the world’s fantasy life as only summer blockbuster movies can: Black people will bust ghosts, blow up bad guys and stand up for the American way while wearing tights and capes.

But long before Hollywood embraced the possibility that black people could be heroes or superheroes, black athletes played those roles in sports’ unscripted dramas.

During the 1930s and 1940s, most black male Hollywood actors shuffled along from one demeaning role to the next. But in 1938, Joe Louis knocked out Max Schmeling, a thunderous attack on Nazi Germany, three years before America entered World War II. In the ring, Louis played a role that Hollywood reserved for Gary Cooper and other white actors: the man of few words and quick, decisive action.

And in the years that followed Louis’ triumph, black male athletes starred in their version of Cooper’s film classic High Noon. In boxing rings. On Olympic tracks. On the baseball diamonds. On the football fields. And on basketball courts: The greats from Jackie Robinson and Muhammad Ali to Hank Aaron and Kareem Abdul-Jabbar faced down the bad guys as the anxious townspeople, the sports fans, looked on. Further, the black athletes faced down anti-black racism, too. They shocked the world.

Unfortunately, black women, like other American women, haven’t had as many opportunities to star in sports as their male counterparts.

Still, given the opportunity, everyone from 1950s tennis star Althea Gibson to today’s tennis superwoman Serena Williams have played their sports at the highest levels. It’s as if, in their way, they starred in a great African warrior princess movie that Hollywood has yet to make. Like black male athletes, the black female warrior princesses of sports battled for justice and equality, in and out of sports. And they won. They won for us all.

Besides playing their games at the highest levels, black women have stood by their black men in sports.

For example, in 1947, Rachel and Jackie Robinson broke Major League Baseball’s color line. Without his wife, Robinson couldn’t have endured the insults, the isolation, the death threats.

As she later explained, Rachel Robinson felt that if she couldn’t protect her husband, she needed to stand with him, bear witness to his challenges and torment, salve his wounds.

When Ayesha Curry rises up from the crowd at the Golden State Warriors’ NBA playoff games to cheer for her MVP husband Steph with, “Let’s go, baby,” I think of her as doing a remake of the Rachel Robinson story. That is a remake of the story of every black woman who stood with a black man who strived to redefine what was possible, every black woman who did the redefining herself.

Through sports, the Currys, like the Robinsons before them, present a story of black love and devotion, a story Hollywood rarely tells.

There is romance and music to that story. The story is a song that Duke Ellington and Smokey Robinson might have written, a song that Ella Fitzgerald and Whitney Houston might have sung, a song Miles Davis and Prince might have played on gently weeping trumpets and guitars.

I can’t wait to see how that story and that song looks in the movies.