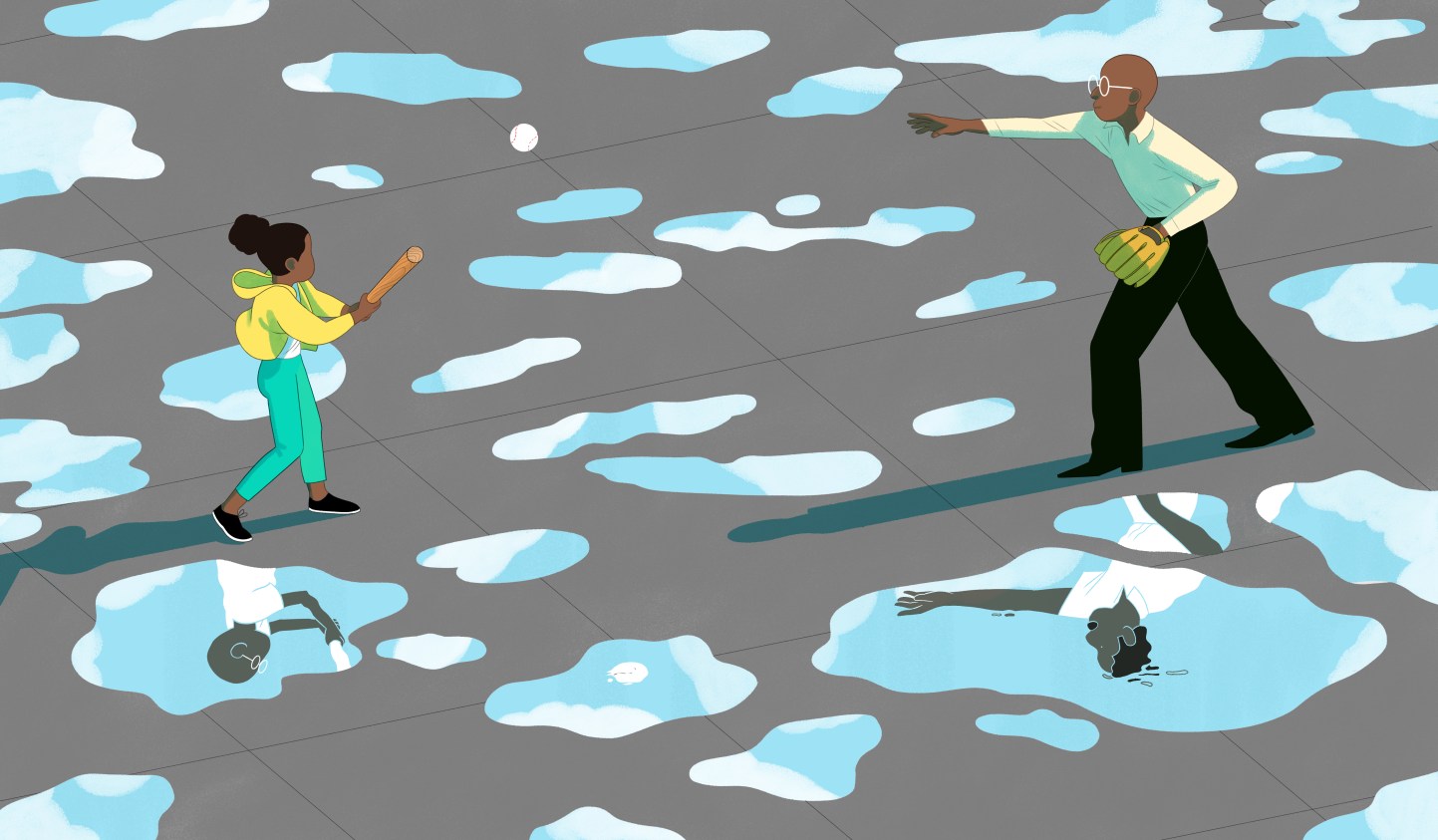 During the 1960s, my daddy worked on an assembly line from 3 or 4 p.m. until midnight. He arrived on time. He did what he was told. He left work when the whistle blew or the buzzer blared.

At home, he ate dinner with my mother. Although she worked a 9-to-5 office job, she got up in the middle of the night to give my father the low-calorie, low-sodium meals she made. They spoke in low and hopeful voices. They made plans for the future, but not too far, perhaps a week or two ahead, and then they went to bed.

And the next workday, they did it all over again, for me. My father didn’t have the option of going into work late or working from home. Barring an emergency, he couldn’t leave work early, either. So it was hard for my daddy to get away for my early-evening youth baseball games. But I begged him anyway. I wanted my daddy to see me play, make him proud.

At the time, we were growing apart. I’d started seventh grade at a magnet school for excellent standardized test performers. I was frail, sickly and bookish, things my father could never afford to be. Sometimes, he’d look at my long and thin fingers and say, “Boy, you weren’t made for hard work.” At this, I’d smile.

I was prepared to work hard, but not in the fields and factories and not with my hands. As I entered my teen years, my father didn’t know how to talk to me. Too often, I wasn’t interested in talking with him.

When I was younger, daddy and I bonded over sports, especially baseball. He took me to see the Philadelphia Phillies play. When he could, he took me to a nearby schoolyard to play ball, just the two of us. He always pitched. I always batted. He always let me hit the ball, though I had to run after it. As the years went by, he often bought me baseball bats, gloves and balls from Sears, where he bought tools, bird feeders and warm winter coats, the hallmarks of a comfortable, if not, wonderful life.

Despite our differences, my father adored me, and I was crazy about him. But we both knew I intended to live a very different life in a very different world from his. Upon reflection, I think my dad viewed my ambitions as a rebuke to the life he’d lived, which made him sad; he wanted me to be proud of him. I never told him that I was.

I’ll never know what made him do it or how he got the time off. But one day, after weeks of begging, my father came to watch me play baseball. Perhaps he called in sick, though that’s unlikely: He’d have been reluctant to lie to his bosses, humble himself, just to get to see a kid’s game.

Perhaps daddy switched days and hours with somebody else. Perhaps he had to work a double to make up for missed time. I didn’t ask. I didn’t care. I just wanted my dad to see me play and make him proud.

Instead, as my team’s leadoff batter, I struck out on three pitches. Later, I went to play left field. A batter hit a single over the third baseman’s head. The ball rolled under my glove and between my legs. The batter scored. My coach pulled me out of the game. That was the last and only time my father ever saw me play youth league baseball.

Nevertheless, when she was a toddler, I played ball with my daughter, a doll strapped on her back. I tried to let her hit the ball. She jumped for joy when she did. My son never liked playing baseball much.

Sometimes, especially in the fall of his preteen years, we’d throw a football around, shooting the breeze as the ball spiraled through the air. We lived in Hartford, Connecticut, and I took them to pro games in Boston, New York and Philly.

And when my children played sports, I never went to see them play. Rather, I went to their games so my children could see me cheering them on.

One day, in the middle of a workweek, a colleague at the Hartford Courant, where I was an associate editor, rounded me up so we could go see our teenage daughters, who were best friends, play soccer at their private high school. I wasn’t on deadline. I didn’t have to ask anyone’s permission. I didn’t tell anyone where I was going or when I’d be back. I just left. I’d worked hard for the privilege.

At the game, I stood where my daughter could see me. I watched game action intently. I wanted to be able to detail a sequence, describe a telling play. I stood among the other proud parents. I clasped my hands and their thin fingers behind me. I’d like to think my father stood with me at that moment. I’d like to think we stand together now. I’d like to think my dad would be pleased that the older I have gotten, the more I have appreciated how his sacrifices made my life and my children’s lives so much easier.

I am so proud of him.