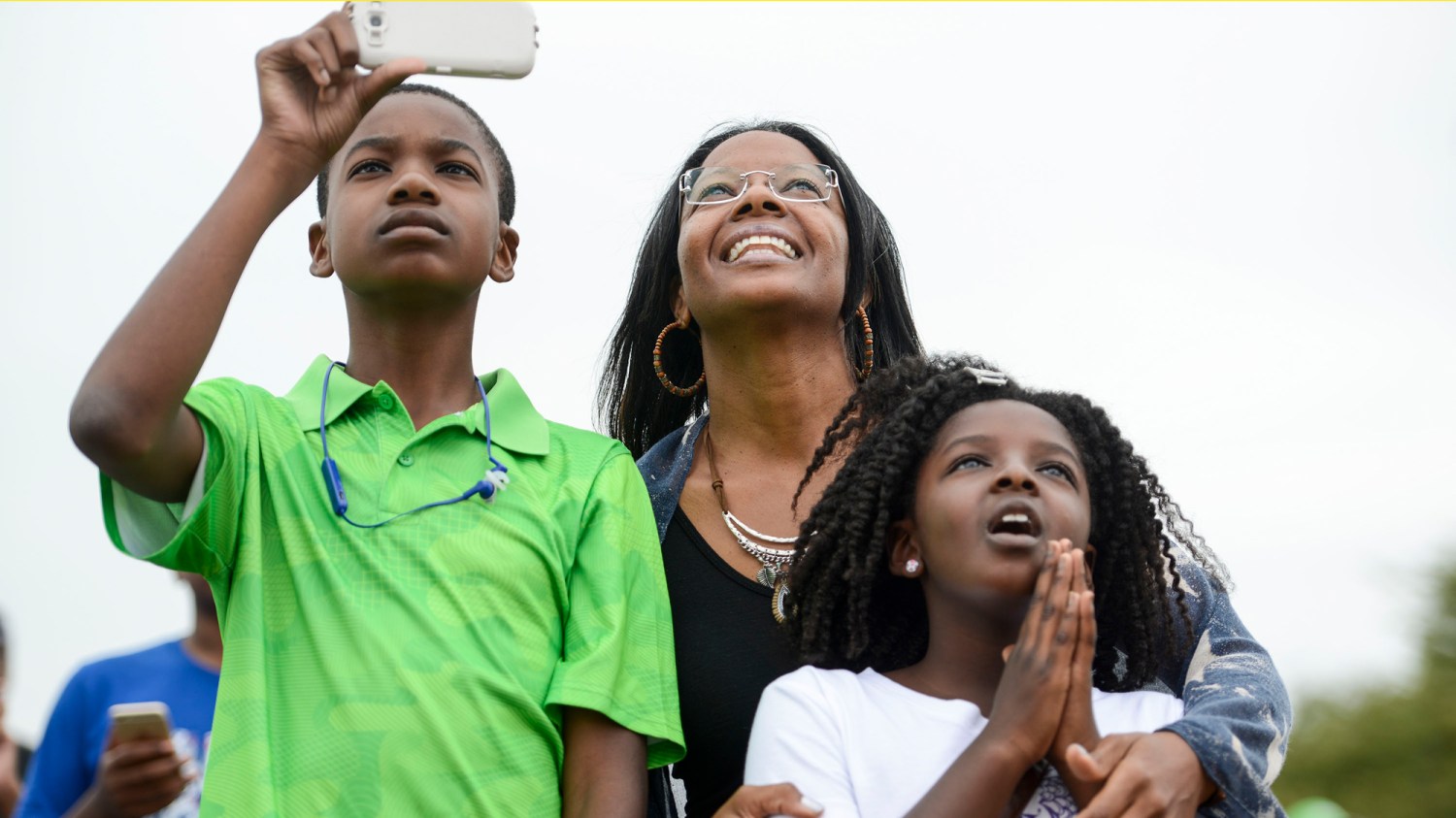 Pots & pans: Black families, our faith and HBCUs will get us through next four years

When Ronald Reagan was elected president in 1980, people in my circle pulled together more tightly. We consoled and counseled one another with phone calls from first jobs and grad schools.

“Reagan was elected president,” someone would say of the former actor and California governor. “I can’t believe it. Damn,” the caller would continue.

“But Stevie [Wonder] is going on tour,” would come the reply, as if Stevie’s concerts in our cities loomed as a candle lit against the darkness.

If you are among those who viewed Tuesday’s presidential election of Donald Trump as a headlong plunge into darkness, perhaps there will be a tour providing light and comfort. With a tip of the hat to Earth Wind & Fire, I envision a kind of System of Survival Tour crisscrossing the country: a merry band of multigenerational, multiracial, multigenre performers.

It would feature folks such as Stevie, Bruce Springsteen and Kendrick Lamar. Stevie and Bruce would each lead a separate group, one group on the West Coast and the other on the East Coast. The two groups would switch coasts and then come together for a two-day festival that would end on July Fourth in Grant Park in Chicago, where Obama made his grand and delicious postelection speech in 2008.

But even if my fantasy tour never happens, black Americans can find post-election comfort and direction in our strongest and most enduring institutions: The black family, the black church and the historically black colleges and universities (HBCUs).

Our families are not just a source of strength. They are a repository of memory, a storehouse of resilience. In the days since the election, my wife has reminded our 20-something children that in 1980 and 2000 the nation elected presidents many black people saw as being indifferent, at best, to black success. But, my wife explained, we got over; we made it through. Just eight years after the 2000 election was decided by a partisan 5-4 Supreme Court decision that put George W. Bush in White House, Barack Obama was elected the nation’s first black president. Who knows how quickly more change that we can believe in can return to the White House?

Further, this weekend and beyond, many will seek the guidance, succor or a mighty God in one faith tradition or the other. But the words of our religious leaders and our wise secular elders will also call us to action: to organize, to improve our country, one small step at a time.

And the HBCUs, especially those with progressive traditions that gave America modern civil rights activists who helped end legal segregation. With our support and guidance, the HBCUs will continue to produce the black leaders who will take us from can’t to can, someday to now.

And the diverse coalition of voters, those determined to come together to address today’s problems and forge a better America for our children, embraced an optimistic vision of the nation’s future. That coalition and its optimism should be a powerful force in American politics for years to come.

But we must not give up on Trump voters and supporters, especially Republican political leaders. At the very least, they bear the moral responsibility to work to ensure that Trump, a polarizing voice on the campaign trail, becomes the president of all Americans in the White House.

As the Obama administration ends and the Trump administration looms, the nation’s current president stands, undefeated. He is the embodiment of a very particular black American dream: He has merged his black and American selves, a struggle first articulated by W.E.B DuBois in The Souls of Black Folks: “One ever feels his twoness — an American, a Negro; two souls, two thoughts, two unreconciled strivings; two warring ideals in one dark body, whose strength alone keeps it from being torn asunder.”

More than any government initiative, it’s Obama’s success in being an undeniable black man and an undeniable American man and president that will not be obliterated, even if the Republicans, for a time, undo some of his policies.

Still for all his political success, in 2014 Obama, a man sprung from DuBois’ most trenchant musings, showed he hadn’t forgotten the lessons of Booker T. Washington. The president’s My Brother’s Keeper initiative is rooted in Washington’s faith and pragmatism. The nongovernment program, which intends to nurture boys of color from the cradle to careers and beyond, will endure, powerful and vital, long after Obama and Trump leave the White House.

And so will black America.