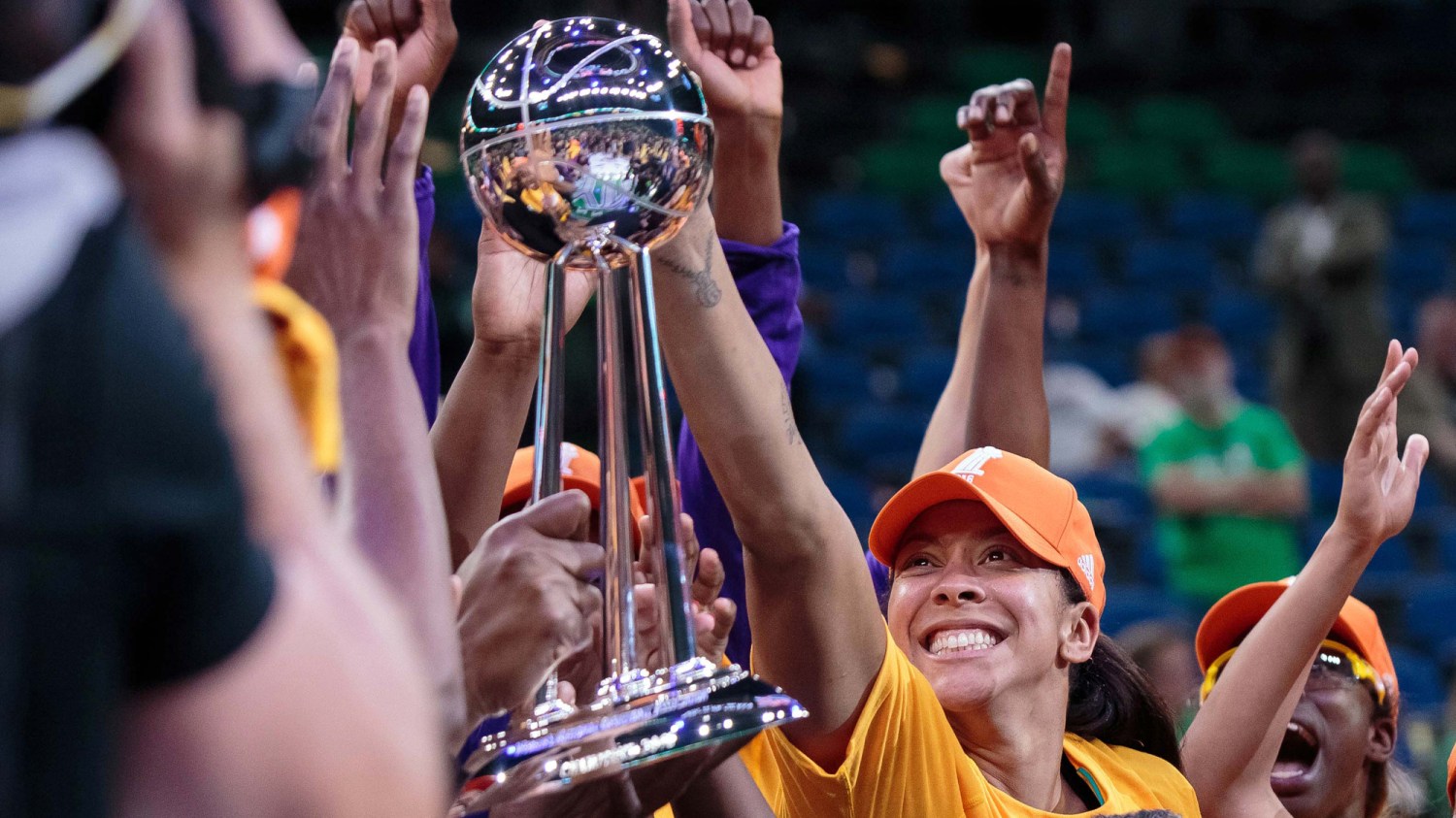 Pots & pans: Candace Parker is about winning titles and making a point

When you get right down to it, her performance was so sweet

“When you get right down to it, Doesn’t this moment wash away the bad times

When you get right down to it, Doesn’t all the hurt you ever felt disappear

When you get right down to it, Don’t you wanna relive the moment

Everybody is playing at once, or so it seems. Indoors and out, hockey to baseball. The athletes burst from a horn of plenty, game to game, moment to magic moment, high-stepping to glory.

Like many people used to great wealth, I sometimes take the nation’s sports cornucopia for granted.

But Candace Parker’s run to her first WNBA championship and the Finals MVP continues to give me goose bumps.

Here is the setup. In the summer, Parker, a 30-year-old forward, was left off the USA’s Olympic basketball team. It went undefeated and won the gold medal without her.

Later, when the WNBA season began, Parker played as if she wanted to prove something to somebody, everybody. But, after a while, her brilliant play declined. Nneka Ogwumike, the eventual league MVP, carried their team, the Los Angeles Sparks, to the WNBA’s second-best regular-season record.

So during the regular WNBA season, Parker wasn’t even the best player on her own team, a circumstance foreign to Parker, a golden girl her entire big-time sports life, which has included two Olympic gold medals, two WNBA MVP awards and two John R. Wooden awards. Each year, that last award is granted to the nation’s best men’s and women’s college basketball player.

Earlier this month, Parker played like the champion she’s always been. During a fifth and deciding game of the WNBA Finals, she led her team to a thrilling 77-76 victory. She scored a game-high 28 points and ripped down 12 rebounds. She led her team to victory on the road in Minnesota. And she and her teammates beat a Minnesota Lynx squad that had four members play on the 2016 Olympic basketball team, including Maya Moore. Her 31 points in a Game 4 victory in Los Angeles helped force a deciding Game 5.

“This is for Pat [Summitt],” Parker said, saluting the woman who coached Parker in her two NCAA championship seasons at Tennessee. In June, Summit, unforgettable in her 38-year Hall of Fame coaching career at Tennessee, died from early-onset dementia.

Stories like Parker’s WNBA championship run should begin with the words “Once upon a time” and end with an elder kissing a wide-eyed child before turning off a bedside lamp.

Big-time sports often hold up a cracked mirror to real life, rather than provide an escape from it. Still, the sports fairy tales with the happy endings continue to illuminate what makes the games great. Victory, sometimes a dream long deferred, can be so sweet. For the athletes. For the coaches and managers. For the fans, especially those who believed with all their hearts when doubters hooted they’d lost their minds.

The games can turn even the most grizzled cynics into wide-eyed children, again and again, next year after next year. That’s what makes it sweet.