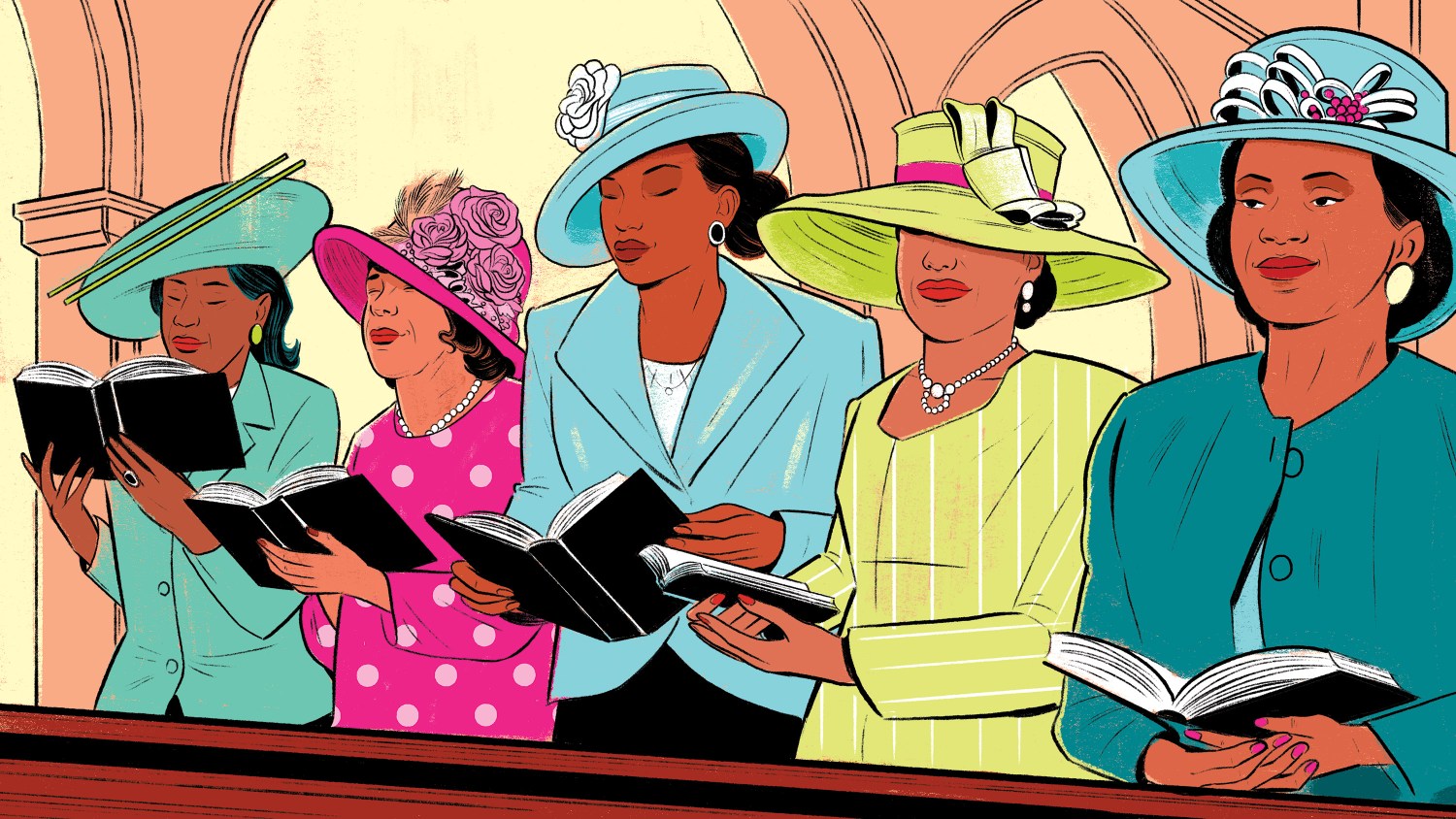 Pots & pans: Those majestic church hats are the crowns our mothers wear

Let’s celebrate all mothers on Mother’s Day, no matter their backgrounds, color, religion or headdress

I‘ve long thought of Mother’s Day as a continuation of Church Hat Season in black houses of worship across America, a national pastime that reaches its peak from Easter through Father’s Day.

The women wear their hats with amazing grace. When they bow their heads to pray and tilt their heads to better receive the Word, their hats flutter as if they were azaleas, roses and tulips with a spring breeze dancing upon their petals.

Women of many faith traditions, or those whose moral compass isn’t located in a religious text or doctrine, have nevertheless enriched and ennobled the lives of us all.

Furthermore, good mothers come in all colors, shapes and backgrounds. And the world has been blessed by the childless women who have championed monumental change, Joan of Arc to Rosa Parks, the mother of America’s modern-day civil rights movement.

Still, long before Mother’s Day became a national observance in 1914, the black church gave generations of black women a place to be beautiful, a place where black mothers could nurture and protect their children, cradled in the hands of their mighty God, safe under the watchful gaze of wise elders.

Before she died in 1977, my mother had gone from demure colored girl to strong black woman. Her faith guided her journey. Her church illuminated her path.

Just 60 inches tall, she never looked more majestic than when she sat in the pews at St. Paul’s Baptist Church in Philly on Mother’s Day, her hat angled slightly on her head as if she sought to wink at fate or misfortune.

Like many black mothers, then and now, my mother went to church armed to combat restless children: tissues, hard candy and an arsenal of expressions that said everything from “just a little while longer, baby” to “don’t mess with me, not today.”

Come Sunday, the nation will celebrate its mothers. They can be found everywhere from the homeless shelters deep in the valley to the mansions high on the hill. I’ll think about the current generation of black church mothers. Some will attend Sunday’s services wearing scarves and headdresses. Others will wear church hats, an homage to generations of proud and beautiful black women who went before them. And I’ll think of my mother, an empress of optimism, especially for future generations of black people.

When I was a child, someone was likely to come up to me after Mother’s Day service and say, “Boy, you look just like your mother, bound for good luck.” I’d smile, not fully understanding how lucky I was.

And my mother, radiant in her hat, would take my hand and lead us from church to face the world.