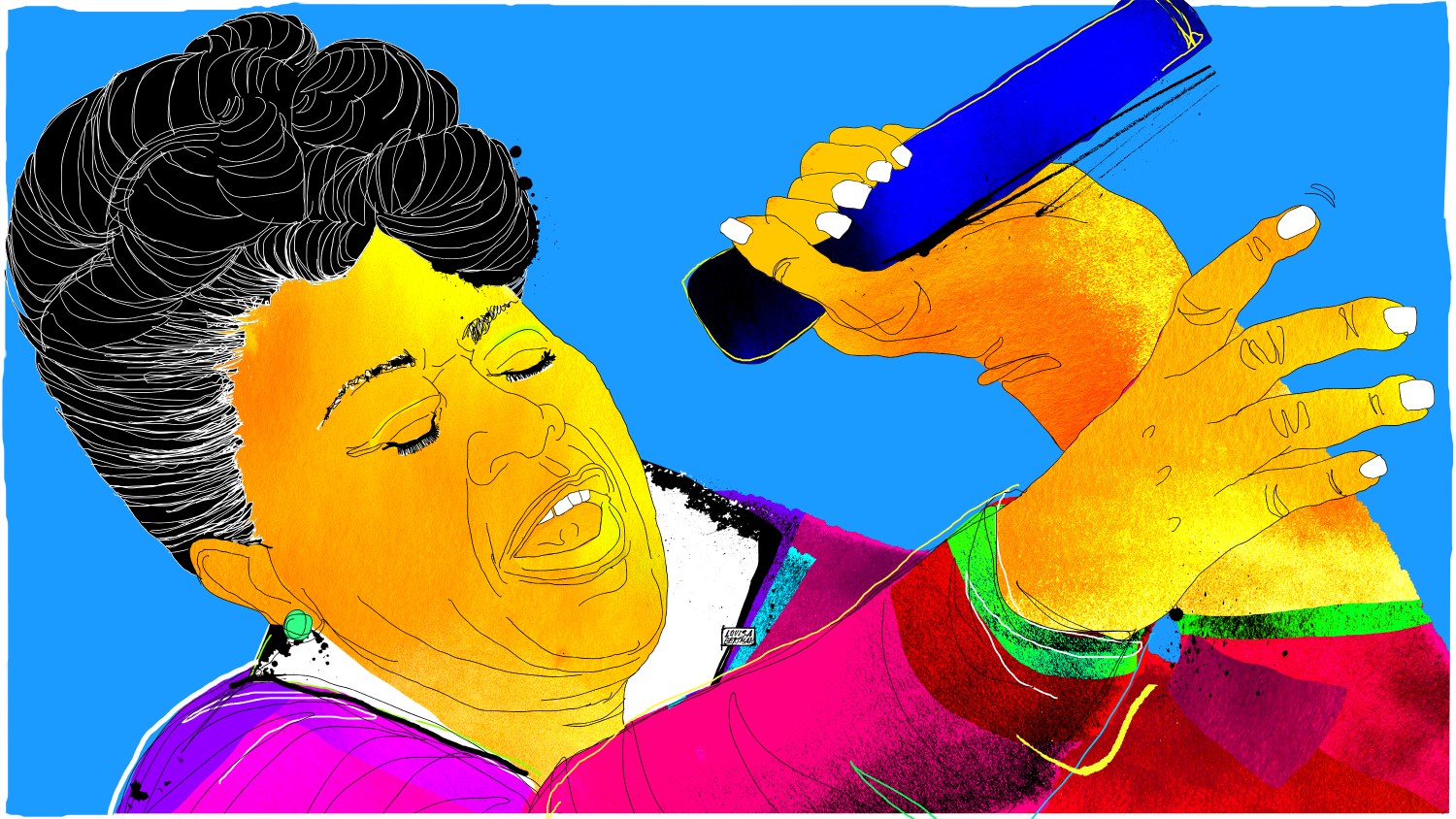 Pots & Pans: Ella Fitzgerald was the voice of all our mothers

This year, we celebrate the centennial of her birth and music that helped us through some tough times

When my mother was a teenager, she’d lock arms with a group of other girls and head off to her Philadelphia high school. Often, as my mother so fondly remembered, the girls would break into an Ella Fitzgerald song: “A-Tisket, A-Tasket,” a 19th-century nursery rhyme that Ella helped remake into a silly hit tune for serious times, the Great Depression:

“… A green and yellow basket

I send a letter to my mommy, On the way I dropped it,

Yes, on the way I dropped it

A little girlie picked it up

And put it in her pocket …”

Unlike Billie Holiday, just two years older, Ella didn’t so much interpret song lyrics as toss them joyfully, yet precisely, into the air. To paraphrase a Duke Ellington tune, she let a song go out of her heart. Married at least twice, the men she loved got away, including bassist Ray Brown, a former husband with whom she adopted a son, Ray Brown Jr. Still, she sang love songs as if she were an ingenue recounting her first kiss. And her music was often most compelling and charming when she forgot the lyrics to the songs she sang (and improvised new ones), or when she substituted scat singing for lyrics.

Further, she sang for and to the unsung, especially the black women of my mother’s generation. They endured the long nights of dreams deferred and embraced the morning joy promised by their faith and Ella’s singing.

They cornrowed hair and cleared paths for the next generation in the classroom, on the factory floors and in the office suites. At home, they made nutritious meals from food scraped from cans and poured from boxes, meals seasoned with hope and thrift. They stood by their men and bent their knees to God.

For my mother’s generation and others that followed, Ella’s voice soared like a flock of doves released against a blue midmorning summer sky. Although my mother and her friends couldn’t sing like Ella, many had something in common with The First Lady of Song: They steeled themselves against hard lives and radiated a public optimism that sometimes masked private insecurity and pain. Ella once explained, “It isn’t where you came from, it’s where you’re going that counts.”

Ella was born on April 25, 1917, in Virginia; her voice took her from living on New York streets to living in her home in Beverly Hills. Along the way she sold 40 million albums, earned 13 Grammys and was honored with the National Medal of Arts. During a career in which she stamped her imprint on the Great American Songbook, she performed songs composed by everyone from Irving Berlin (“White Christmas”) to Stevie Wonder (“You Are the Sunshine of My Life”). She sang with everyone from Louis Armstrong to Frank Sinatra. A longtime sufferer of diabetes, she died in 1996 at 79.

Later this month, many will continue to mark the centennial of Ella’s birth. Notably, on April 26, Jazz at Lincoln Center in New York will hail Ella in an event that doubles as a fundraiser for the organization. Scheduled performers include the Jazz at Lincoln Center Orchestra with Wynton Marsalis and singers Renée Fleming, Audra McDonald and Cécile McLorin Salvant.

Ella’s singing was a smile sent from the heavens, a work of art and a force of nature. Like jazz, Ella’s singing never grows old. It just flings its arms open wide and envelops a new generation with joy.