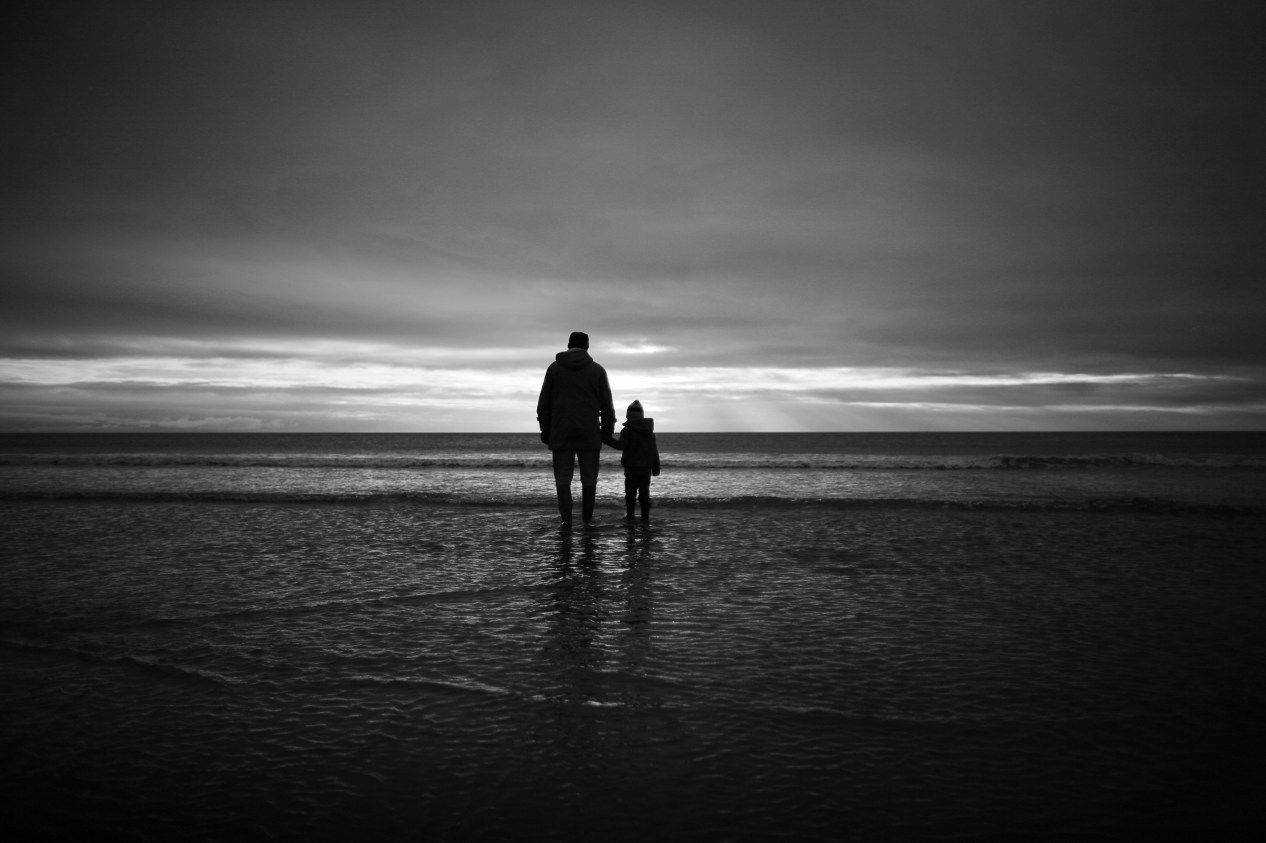 Pots & pans: A father’s words are always with his children

And those words, or absence of them, will be with them and us for a lifetime

As Father’s Day approaches, my thoughts put me in a time machine.

My son Marc was a little boy, and I was giving him a bath. As I splashed him with soapsuds, a delicious memory washed over me, and I told my son about it: When I was his age, my father bathed me, telling stories about his journey from being a Southern sharecropper’s son to being my father in Philly, where he’d been and where he hoped I was going. My son reflected upon my words and said, “It’s as if you’re your dad and I’m you.”

I smiled. When I was a little boy my father was my hero, even more so than Willie Mays, the San Francisco Giant Hall of Famer and my all-time favorite athlete. For all his greatness, Mays, unlike my father, never let me wear one of his T-shirts to bed. Mays never gave me sips of his coffee before heading off to his second job as a janitor or chewed his Juicy Fruit gum in my ear, the sweetest sound. My father did all those glorious things and so much more.

When my son was a little boy, I’d come home from work and I’d lift him up in the air and tell him he could fly. Once, he flapped his arms as if they were wings. When I’d put him down, we’d sit on the steps that led from our kitchen to the second floor. He’d sit on a step one below mine and he’d look up at me and we’d talk, just the fellas. If I was not my son’s hero, he made me feel as if I was.

It was as if you’re your dad and I’m you.

But sometimes those words haunt me. When I was 14 and filled with adolescent anger, I communicated my disdain for my father with closed doors and sullen silence, including the day he collapsed on the street and died; how much my sullenness must have hurt my father, how much my teenage rage still shames and hurts me.

Consequently, during the times Marc and his older sister Lauren have been angry with me, I have resolved to eat more vegetables, drink more water and get more sleep. My promised changed behavior was a supplication to fate: I didn’t want something to happen to me before my children and I could reconcile. I didn’t want my children to have to endure my pain.

Sometimes, my daughter recounts our father-daughter trips to New York as if they were made up of a necklace of mishaps she seeks to drape around our past, including the time she says I almost got her hit by a bus. For me, our trips were filled with joy, especially the time I carried her on my back in midtown Manhattan; the harder she laughed, the faster I carried her.

Time moves so fast. Today, as much as anything, I’m a consultant in my children’s lives: They call me on an as-needed basis, root beer floats to résumés. And I call them to seek their advice, too. It could be that they will make major decisions about my life or their mother’s, just as my wife and I made decisions about our children’s lives. The generational transfer of power and influence that is happening between my children and my wife and me represents, in microcosm, the generational transfer of power between the baby boomers and millennials, across the country and around the world.

When I graduated from junior high school, my imagination put my father in the audience wearing his gray church suit, a slight smile on his face. My dad had died months earlier. Still, my imagination put him where I needed him to be, where I’d like to think his spirit was.

Decades later, when my children graduated from Howard University, I sat in the audience, a slight smile upon my face. I sat among all the other proud parents and guardians. I thought about where I’d been and where I hoped my children were going.

Happy Father’s Day to all the fathers and their grateful children.