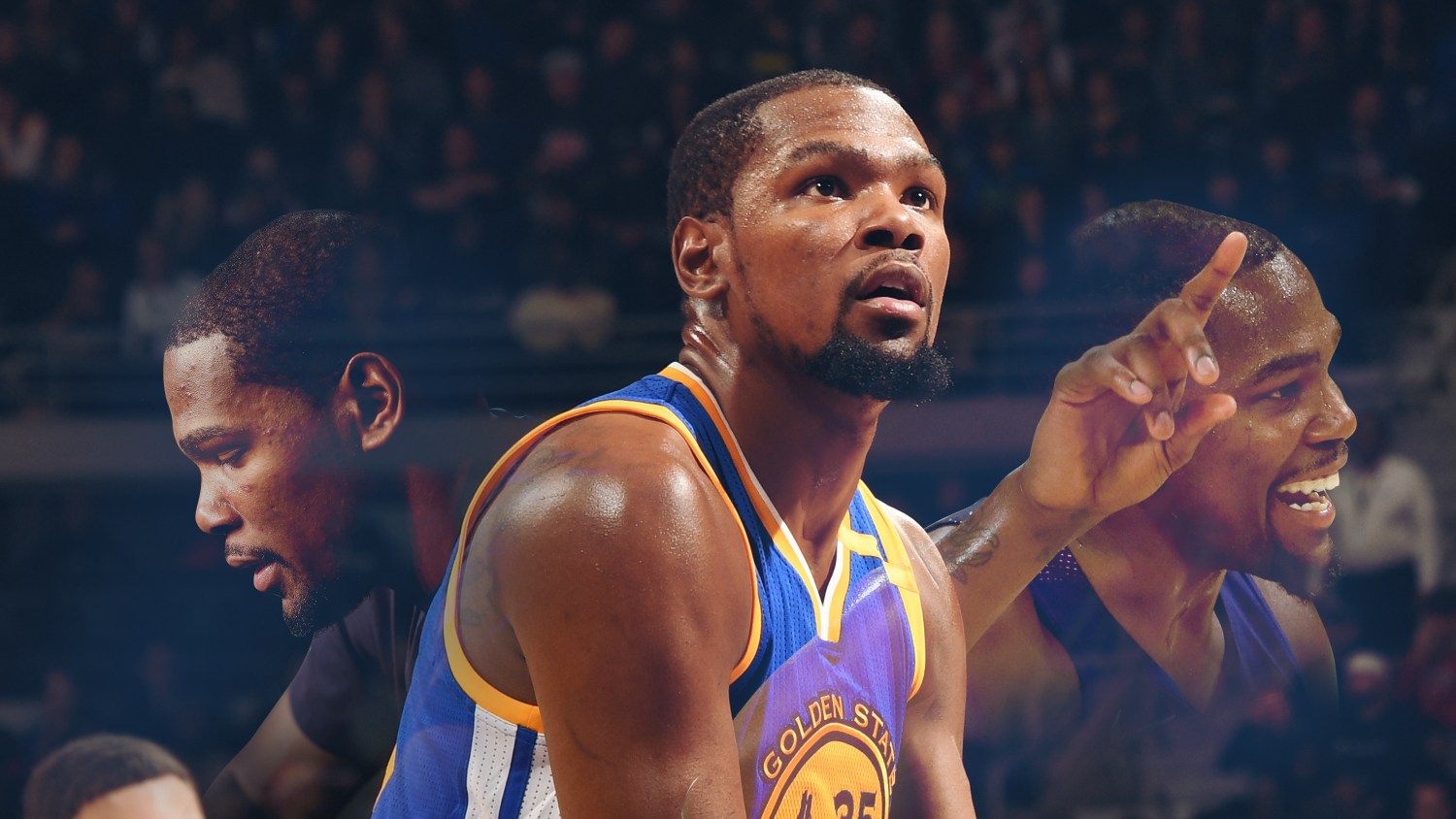 Pots & pans: In 2017, which sports story will defy our predictions?

If Kevin Durant and the Golden State Warriors don’t win the NBA title, they will be the year’s biggest loser

In 1991, long before Michael Jordan’s tear-stained face became an all-purpose sight gag, the NBA’s greatest player sat cradling the NBA Finals MVP trophy. He and his Chicago Bulls had just beaten the Los Angeles Lakers to win his first NBA championship. A burden had been wept away.

Swoosh. The words “can’t win the big one” had encircled Jordan’s career like a jeering mob. After his championship, those words could no longer taunt and wound him.

This June, if he and his Golden State Warriors win the NBA championship, I imagine Kevin Durant, an All-Star forward and one of the league’s best players, crying that way: full of joy and relief. Leading his team in scoring and rebounding, Durant is having an MVP-caliber season for the Warriors, a team he joined as a free agent after leaving the Oklahoma City Thunder last offseason. The Warriors won the NBA championship two seasons ago and set a new regular-season victory record with 73 last season.

Consequently, if Durant and the Warriors win in June, some will dismiss their victory as the expected outcome from a team composed of outstanding players, including Stephen Curry, Draymond Green and Klay Thompson. But such quibbling won’t matter, at least not in the long run. In the long run, a 2017 Warriors championship team would join other talent-laden NBA teams that won the big one, including the 1967 Philadelphia 76ers. This year, that team, which some argue is the NBA’s greatest of all time, will celebrate its 50th anniversary. That team boasted a Hall of Fame coach, and four Hall of Fame players, including Wilt Chamberlain, who some sports writers said couldn’t win the big one.

Through the years, Chamberlain and many great big-time college basketball coaches and stellar NBA players have been tarred and feathered with the words “can’t’ win the big one,” the scarlet letters of big-time college and professional sports.

But over time, many great college basketball coaches and majestic NBA players once scorned as unable to win the big one have won at least one championship: from Dean Smith of North Carolina and Mike Krzyzewski of Duke, to John Calipari of Kentucky and Jay Wright of Villanova, from Chamberlain and Jerry West to Julius Erving and LeBron James.

Years ago, Chamberlain, at 7-foot-1 and close to 300 pounds, explained the enmity some felt toward the future Hall of Famer: “Nobody roots for Goliath.” In the 1960s, as is the case today, many sports Philistines sought to reduce basketball, and all its power, grace and creativity, solely to the quest for a championship. Sports writers who subscribed to that view didn’t like “The Big Dipper,” a genial giant and one of the NBA’s most dominant players in the 1960s and early 1970s. Despite Chamberlain averaging more than 30 points and 20 rebounds a game, Bill Russell and his Boston Celtics ruled during most of Chamberlain’s career: The Celtics won eight championships in a row, a streak that ended in 1966.

Too often, athletes blessed with prodigious talent are damned by sports’ chattering class and sports fans when that talent doesn’t yield championships. Like Chamberlain, who played on perhaps two of the all-time great championship teams in 1967 with the 76ers and in 1972 with Los Angeles Lakers, Durant has been damned. The four-time NBA scoring champion has been too good to garner much sympathy when he and his teams lose. And if you believe that the only way players and teams can win is by earning championships, Durant has been a loser every year since he entered the NBA in the 2007-08 season.

This year, Durant and his Warriors teammates face a league eager to play David to their Goliath: The Warriors’ threats include swashbuckling guards wielding triple-doubles in Houston and Oklahoma City. A white-haired general has amassed another formidable army in San Antonio. And in the Eastern Conference, King James and his reigning champion Cleveland Cavaliers seek to continue ruling the NBA. The Warriors have to overcome those and many other obstacles to win their second championship in three years. But they must be, or risk being, stoned in the public square.

Although they can be exhilarating and beautiful to watch, if the Warriors want to avoid being characterized on sports talk shows as one of modern sports’ biggest losers, if they want to have a happy new year, they’ll have to win it all.

Can they? As the new year unfolds, you’d have to favor the first-place Warriors to make a deep run in the NBA playoffs.

But Goliath was heavily favored, too.