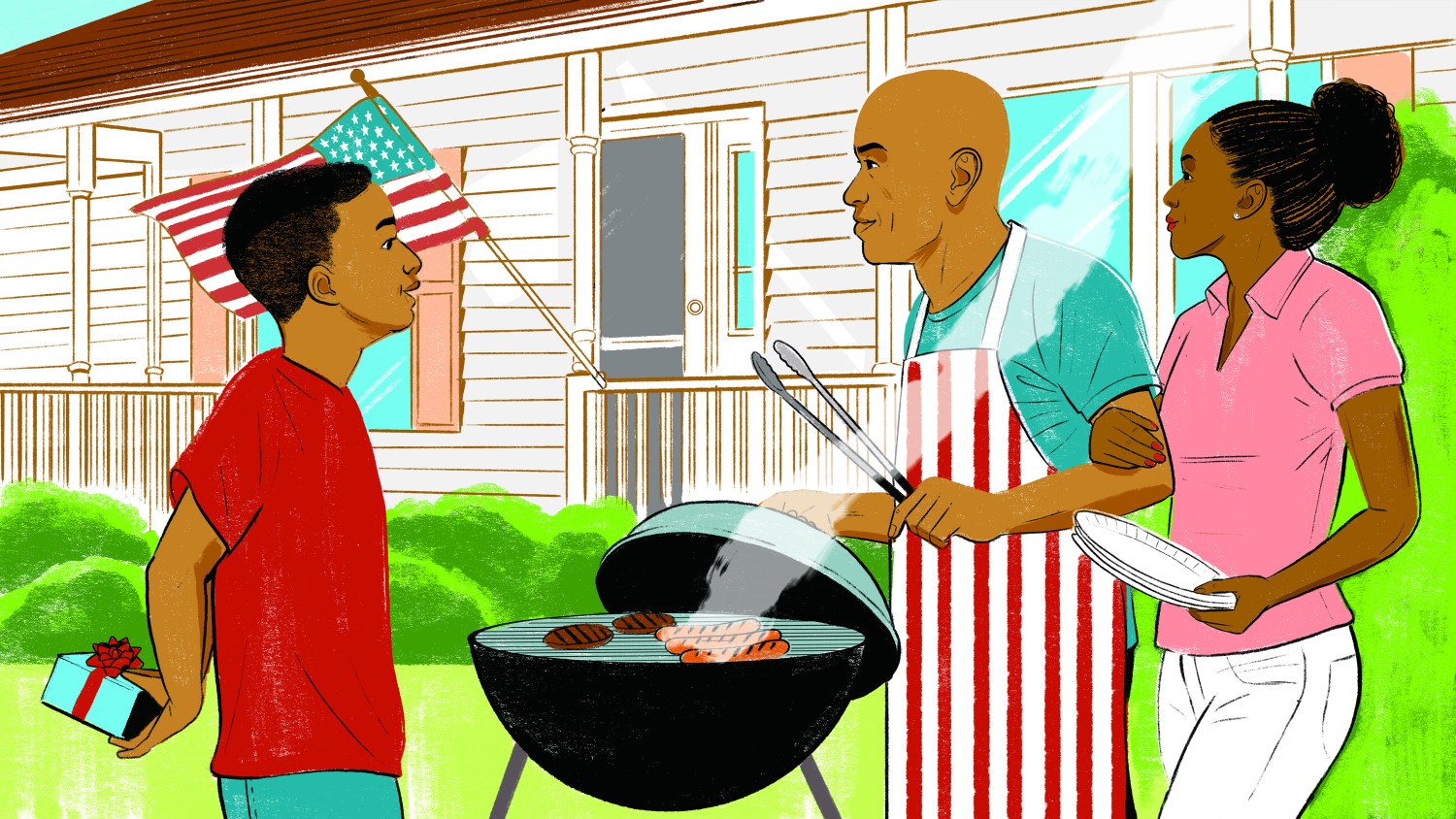 Pots & pans: My parents, both born on July Fourth, didn’t live to see their American dream

For my father, our nation was fundamentally immoral. My mother saw a work in progress.

Tomorrow, I’ll pause and think of my parents, both born on the Fourth of July. My father grew up in the rural South, part of a sharecropping family. My mother, the daughter of a laborer and a conjure woman, was born in Philly, just as our nation was.

Sometimes, after summer Sunday dinners with Monday’s toil hours away, they’d cruise into a familiar conversation. It would begin with scenic meanderings about what they’d do after they retired. It would end at a fork in the road, if not an impasse: a discussion of how black people should seek to live their lives in America.

My mother, a child of the Depression, gloried in every example of black people doing unprecedented things, from Jackie Robinson playing major league baseball to Marian Anderson and Leontyne Price in opera.

Although my mother didn’t live to see it, the election of Barack H. Obama as president of the United States exemplified her fondest dream: a black person climbing to unprecedented heights, buoyed by hard work, intelligence and faith.

My father, born before the beginning of World War I, saw America as a nation whose fundamental immorality was revealed in its inability to recognize black people as decent and hardworking. If he’d lived, he’d see post-Obama America and the rise of white nationalism here and throughout Europe as ample evidence that nothing had changed and nothing ever would.

My mother felt that things changed all the time. She helped change things in small ways. When she was a young woman, she stood up for herself on her government jobs. “Jeffery,” she’d say, “I was a pistol.”

Had he lived, my father would have shaken his head when the black president said in that graduation speech that to make progress folks had to be willing to compromise, even with those they knew were wrong. My father didn’t believe anything could be gained from compromising with people he knew were wrong.

Although my father would not have discouraged my son’s ambitions, Daddy would have shaken his head at a grandson who, like me, didn’t hope to work for himself.

Although my father worked on an assembly line in the 1960s, he’d owned a garage in the 1950s and a store before serving in the Navy during World War II. He’d also tried to start an import-export business. On occasion, he played and hit the street number. He was always looking for ways to free himself and his family from the dictates of workaday life in black America.

His childhood in a sharecropping family had taught him that the people who owned the land and kept the books also made sure that the workers remained in poverty.

My mother believed fervently in the richness of the American promise. While striving for success, she sought to stand on the shoulders of her ambition and commitment to excellence. She thought that setbacks dictated that she or the larger black community had to work harder or employ different strategies, set new goals.

My father believed that anyone who committed himself to competing in a game where he didn’t make the rules was bound to lose again and again.

Neither of my parents lived to retire. Their Sunday conversations from more than 50 years ago live only in my fond memories. But the explosive question of how black people should best pursue the American dream, or endure when that dream gets deferred, gets answered by each new generation in different ways, by individuals and through national movements, Crispus Attucks to JAY-Z, abolition to Black Lives Matter.

As always, the African-American journey continues in our country. We are not alone: We lock arms with everyone who knows that the nation’s greatness is rooted in its people rather than clever phrases. With each step forward, we carry the nation and its most cherished ideals to higher ground.

And the rockets’ red glare.