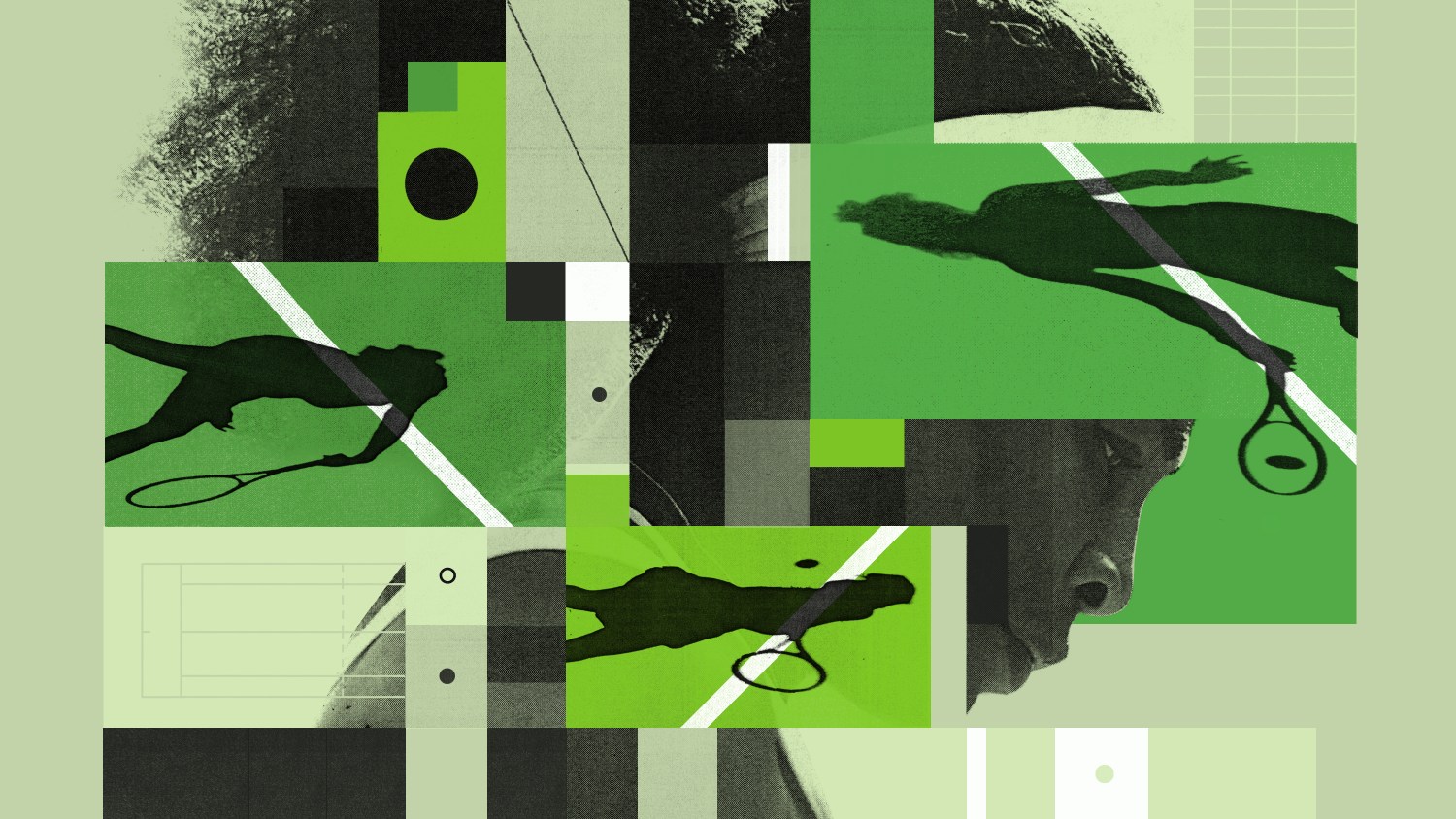 The star seeks to make history while outrunning Mother Time

I once heard a newspaper journalist bellow to anyone and everyone in his newsroom, “Same stories, but different names.”

A lot of sports palaver on TV and radio sports talk shows strike me similarly: same conversations, same arguments, but with different names.

This week Serena Williams will play at Wimbledon. The world’s top-ranked female tennis player will be among the favorites. She’s already won 21 Grand Slam tournaments, one less than the open-era record held by Steffi Graf.

But Williams has appeared in the last three Grand Slam finals and lost them all. If she fails to win at Wimbledon, her latest loss will be further evidence to some observers of her decline. And evidence of her decline will prompt conversation about when and how Williams, 34, should leave her sport: Should she try to go out on top? Or should she play as long as she enjoys her sport or until she has found something else she wants to do more?

That conversation breaks out every time one of the greats begins to age or falter. The Williams conversation, a kind of death watch, is a continuation of ones that recently involved the NFL’s Peyton Manning and the NBA’s Kobe Bryant.

In February, following a regular season where he threw just nine touchdown passes and 17 interceptions, Manning rode the Denver Broncos’ stout defense to his second Super Bowl victory and retired. Bryant announced his retirement in November. During the regular season, he shot a lot, missed a lot and his Los Angeles Lakers team lost a lot — 65 games. Still, he concluded the Lakers’ regular season and his NBA career by scoring 60 points in a victory over the Utah Jazz. Both Manning and Bryant could have continued playing, probably for new teams.

But neither was remotely as good as he once was, a cardinal and inevitable sin for sports greats.

Williams continues to be the best player in women’s tennis. But she isn’t as dominant as she once was, either. How could she be? Since turning pro in 1995, she’s battled ankle, foot and quad injuries. She’s fought racism on the tour. She made the wrenching and emotionally exhausting climb to the top by going over her older sister, Venus Williams, including beating her in three Grand Slam finals.

And each year, bigger and younger players try to snatch Williams’ crown from her head, including Garbine Muguruza, who beat Williams in the French Open earlier this month.

But are signs of Williams’ decline and the rise of her competition enough to begin the drumbeat about her retirement? Some of the talking heads think so, though I suspect the older and more accomplished commentators wouldn’t want to be hounded into retirement on the grounds that they aren’t as good as they used to be.

Like other great athletes before her, Williams faces challenges and expectations beyond those confronted by ordinary players: Besides her opponents, fatigue, age and injuries, she must compete with sepia-tone images of her iconic and best self, her legend and her legacy.

Consequently, when she rockets the ball over the net at Wimbledon, it won’t just be one of her young wannabe successors ripping the ball back at her. It will be the image so many hold of Williams as the warrior queen who took no prisoners, especially when she routed pretenders like Maria Sharapova.

For Williams to truly triumph at Wimbledon, she’ll have to do more than beat the other players. She’ll have to beat a crip-walking Mother Time, dressed in a form-fitting white ensemble, a gold nail on her pinky finger, a snarl on her lips. Lips that part to unleash a chilling challenge, “Come on.”