Pots & pans: Thank you, Title IX, for redefining ‘playing like a girl’

This liberation legislation leveled the playing fields for generations of women

“No person in the United States shall, on the basis of sex, be excluded from participation in, be denied the benefits of, or be subjected to discrimination under any education program or activity receiving Federal financial assistance.”

Years ago, during one of our father-daughter trips from Hartford, Connecticut, to Manhattan, I asked my little girl Lauren if she wanted to eat at the ESPN Zone sports-themed restaurant that was then in Times Square.

My daughter responded yes, of course, adding, “I’m a jock.”

Now, as I look forward to my adult daughter, a Title IX baby, celebrating her birthday tomorrow, I think of how her being a jock has defined and bolstered her for more than 20 years: from playing T-ball in Hartford to helping to pay her way through school as a scholarship lacrosse player at Howard University in Washington, D.C.

Title IX is one of what I call the liberation legislations of the 1960s and early ’70s. Title IX makes it possible for girls and women to play sports with similar resources to those of boys and men, especially in colleges and universities.

Because of T9 — my daughter, Valley Girl and ’round the way girl, jock and princess, someone who is afraid of spiders and not much else — has been able to be her whole self in ways that were denied to women of previous generations.

My daughter melds power, precision and finesse, just as the players of the University Of Connecticut women’s basketball program have for much of my daughter’s life. And like the UConn women, my daughter and others of her generation have helped redefine what it means to “play like a girl.”

Today, my daughter, a speech pathologist, gets down to the serious business of living in 21st-century America without fear. She isn’t afraid to display her power or strength. She isn’t afraid to display her emotions. She’s used them all to successfully compete everywhere from the soccer pitch to the graduate school classroom at the University of Cincinnati. All have belonged to her.

Kamara for the culture Read now 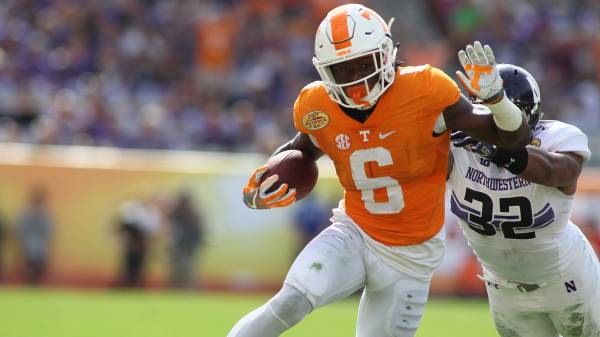 For a long time, the sports world, a metaphor for the larger American society, belonged to men, white men in particular. Often, the best that girls and women could do was cheer for their fathers, brothers and sons. Now, largely because of Title IX, girls and women like my daughter are born with races to win, goals to score and achieve, on the playing surfaces and beyond. They will push, carry and direct America and the world along uncharted paths to higher ground.

Let’s cheer them as they go.