Despite the loss to Sam Houston, the game gave students a necessary distraction

The game provided a much-needed respite from the not-too-distant and devastating past.

After a 7-4 campaign, including 7-2 in the Southwestern Athletic Conference (SWAC), in 2016, Prairie View has much bigger expectations under third-year coach Willie Simmons. The Panthers feature an explosive ground attack, led by junior Lavell McCullers and sophomore Dawonya Tucker, that netted 334 yards on 45 carries.

A win in the opener would have hit the spot, especially considering the circumstances under which the game was played. It was an emotional crowd among the announced 8,465 fans at Panther Stadium, what with the anticipated return of football and so many students in the crowd and their families being affected by the weather.

Unfortunately, the Panthers’ highly regarded opponent, one of just three teams to reach the Football Championship Subdivision (FCS) playoffs in each of the past six seasons, was a little bit better when it had to be. Sam Houston State, ranked No. 3 in the Stats FCS poll and NCAA Coaches Poll, rolled to a 44-31 win before a national television audience on ESPNU.

Simply put, Prairie View was happy to finally be playing but less than satisfied with the result. It was the Panthers’ second loss in nine games at Panther Stadium.

“It was a challenge for our guys to focus back in after the devastation caused by Harvey. It affected us all,” said Simmons. “Whether guys stayed on campus or not, you either know somebody in Houston or live in Houston. For us, coaches and administration, to try to challenge these guys to focus was a tall task.

“They came back in and worked hard for two weeks to prepare for the No. 3 team in the country,” he said. “I couldn’t be happier with the effort they gave. They didn’t quit. They didn’t back down. They went toe-to-toe with them. I couldn’t be prouder of their fight tonight.”

Prairie View opened slowly and trailed 24-3 before Tucker — who played a heck of a game, running for 93 yards on 13 carries with three touchdown runs — gave the Panthers life with a nifty 34-yard touchdown run late in the first half. However, Prairie View’s ensuing kickoff sailed out of bounds, giving Sam Houston State a first down at the 35 with 2:46 left before intermission. The visitors tacked on a 28-yard touchdown pass to make it 30-10. There was still plenty of time for Prairie View to drive 66 yards in four plays to pull within 30-17 on McCullers’ 1-yard touchdown run with two seconds remaining. McCullers was slowed by cramps in the second half.

Tucker tallied his second touchdown on a 19-yard bolt to make it 30-24 in the third quarter. However, Sam Houston State’s Jaylen Harris returned the ensuing kickoff 97 yards to reclaim a double-digit lead at 37-24.

Simmons said his team’s slow start was disappointing, although not entirely unexpected, considering everything that occurred in the past few weeks that had nothing to do with football.

“Part of the job is being a coach, which means being a mentor, which means being a spiritual adviser sometimes, a shoulder to cry on, and give them everything they need,” said Simmons. “That’s one of the responsibilities of being a coach. Moments like Harvey really test our ability to really be there for our kids when they need us the most. I tip my hat to our administration for everything they’ve done, for all the families for entrusting us to their kids during this tough time. We’re going to persevere as a community, and we’re going to continue to push forward.”

Truth be told, Thursday’s matchup between members of the SWAC and Southland Conference was much more than just an exciting back-and-forth football game to students affected by what’s considered the worst hurricane to hit the Houston area.

“This helps, but I’m still concerned about my family,” said Prairie View junior Akeria Black, an accounting major from Houston’s Fifth Ward who said homes belonging to her mother and grandmother were flooded as a result of Hurricane Harvey.

Black said she lost her car and other personal belongings in the flood.

“Our houses are flooded,” said Black. “It’s in the back of my mind, especially when I talk to them. They try to make it seem like it’s OK, but it’s hard when you lose everything.”

According to Prairie View Student Government Association president Kendric D. Jones, who is also a Prairie View city councilman, the youngest elected in Texas: “Some of our students lost everything they had. We decided we needed to put together something for our students and citizens in the community. We gave President [Ruth] Simmons a phone call and told her what we were going to do. She supported us 100 percent.”

The result was Panthers United to Serve and Help, which features a GoFundMe account to help donate money as well as essential personal and household items.

Prairie View athletic director Ashley Robinson said ensuring student safety was paramount. Before the storm, students were given the option to leave campus and return home. The start of classes was pushed back to Sept. 5.

“We put a plan in place to make sure our students would be safe. We gave them an option,” Robinson said. “If they wanted to go home and be with their families, we did not make them stay. But once [Aug. 25] came, we made it mandatory they stay on campus.”

“When the storm hit, we couldn’t do anything,” said Ryan Ragston, a junior health major from Missouri City, a Houston suburb. “We ate breakfast, lunch and dinner at the MSC [student center]. Students were trying to find ways to stay positive.” 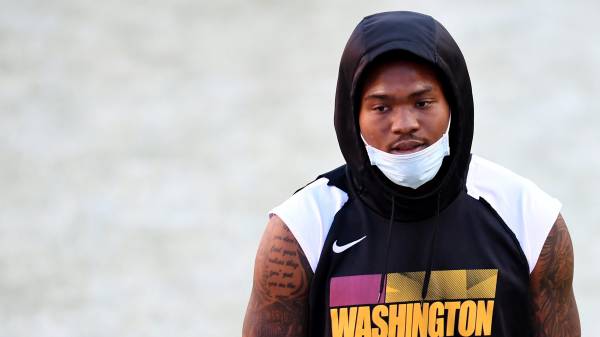 Dwayne Haskins is out in Washington, but he isn’t the only one to blame Read now 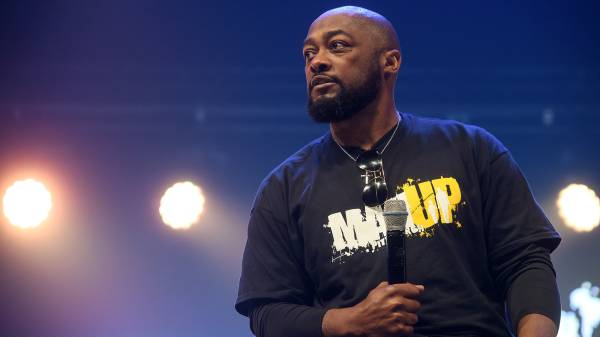 “We went through this during Hurricane Katrina [in 2005]. We had to push the game back to Thanksgiving weekend for the safety of our kids. Thanksgiving is the best time to play this game,” said Robinson.

“Offense wasn’t the Panthers’ problem. They had no trouble moving the ball — at least on the ground. However, they couldn’t overcome 16 penalties for 200 yards.”