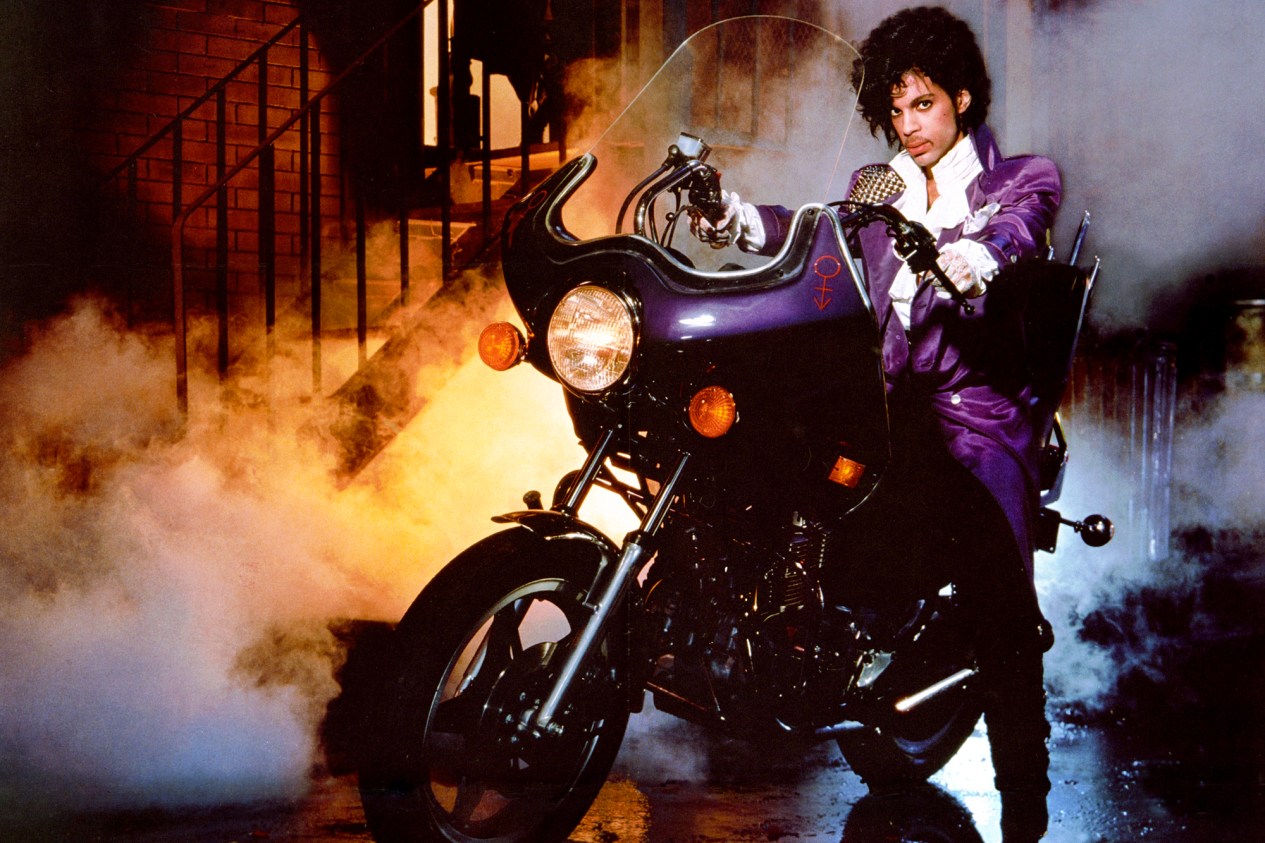 The Oscar-winning ‘Purple Rain,’ released 32 years ago today, made Prince — and inspired a generation

Summer 1984. My best friend Erika and I slouch down next to each other in the back row of Jacksonville, Florida’s, Norwood Twin movie theater. A boy on my left and a boy on her right. Two hours in the dark, groping beneath strategically placed jackets the having of which made not a lick of sense in the dead of a north Florida summer. The names of the boys are long forgotten, and don’t matter anyway.

Erika and I were at the Norwood to see Prince — for a second time. We’d first seen Purple Rain when it opened on July 27, seated in the very front row so Prince hovered over us the same way The Kid hovered over Apollonia on his bed in his parents’ house. I wanted Prince’s hands to explore my body everywhere, just as The Kid’s explored Apollonia’s. But my eager classmate’s hands would have to do.

By the time I saw Prince on the big screen, I was already in love with him. The motorcycle, the lace mask, the high-heeled boots, the high-collared purple jacket and white blouse with the flounces, that strut, and that perfect butt. Because the soundtrack album (which would go on to sell more than 22 million copies, win two Grammys, and be considered possibly the best soundtrack of all time) had been released a month before, I already knew every note, every lyric, every oww-ah!

Nothing John Hughes ever made did anything for black girl me.

Along with 1975’s Cooley High and 1985’s The Color Purple, Purple Rain is among my favorite coming-of-age films because nothing John Hughes ever made did anything for black girl me. And Purple Rain was not my mama’s movie, either. It was not a grimy blaxploitation film. It was not James Earl Jones and Diahann Carroll huggin’ and a-lovin’ and gettin’ with the kissin’ in Claudine. It was not old people like Bill Cosby, uptown on a Saturday night. Purple Rain was the sexy black cinema I’d been waiting for. I was almost 13, and about to start eighth grade.

I was that straight-A student who would a few years later sneak boys into her bedroom when her mother and grandmother were at work. I was the child of a teenage mother who was determined to break the cycle, but was misinformed about contraception and safe sex at a time when AIDS was still something we joked about. And as a heavyset, brown-skinned girl with a Jheri curl, part of me wanted to be Apollonia — but smarter, and with more rhythm.

Another part of me aspired to be like the ladies at church — prim and, I imagined, too holy for sex to be anything but a chore. It didn’t help matters that Purple Rain (the song) felt like church to me, while Darling Nikki, especially Prince’s performance of it in the movie, spoke directly to the flesh that was my enemy, according to my Sunday school teacher. Who would I become?

In Purple Rain, The Kid was also wrestling with questions of identity: Would he become like his father — maybe I’m just like my father/too bold — abusive toward his loved ones? But The Kid was somehow unapologetically himself, comfortable in his own skin. He gave traditional masculinity the middle finger, no explanations. The Kid was the trickster, moving his motorcycle every time Apollonia tried to hop on, after she purified herself in some water that was not Lake Minnetonka. He was the enigma, hiding those doe eyes and his emotions behind mirrored shades. He was the lover (as mentioned) as well as the jerk who hit his woman in a jealous rage.

Purple Rain was not James Earl Jones and Diahann Carroll huggin’ and a-lovin’ and gettin’ with the kissin’ in Claudine.

The Kid was the classic unappreciated genius — I wanted to fight Billy, the club owner, when he tells The Kid, “No one digs your music but yourself.” But The Kid never wavered in his belief in his own greatness. That lesson was not lost on me. Of course, the real genius was Prince, who, at that moment in his career, on his sixth studio album, and about to win an Academy Award for the rarely bestowed Best Song Score, existed in the otherworldly place where James Brown’s soul met Joni Mitchell’s pen. But as The Kid, Prince showed us that he was mortal after all: He cried! He chomped Doritos while sitting on his bed!

And we ate it up, Erika and I, four weekends in a row. We were too young to see it even once according to the Motion Pictures Association of America, but the Norwood Twin was that theater in the ‘hood where they didn’t enforce the rules and you could get your freak on in the back row undisturbed. Regardless, though, it was Prince, and not those boys, who kept us coming back. We could not get enough of him. If he was on an awards show on TV, Erika and I would call each other up and scream into the phone whenever the camera was on him. Purple Rain on the big screen brought Prince, and our fantasies of him, even closer.

In the decades that have followed, Purple Rain the album remains on my personal playlist, but I’ve only seen the movie a few times since middle school. I added the DVD to my collection years ago without watching it again. Maybe I was afraid that, as many mocking reviews suggest, the film hadn’t aged well. I love that Purple Rain spoke affirmatively to me as an insecure black girl awakening sexually. Perhaps it was a bit too soon, but I was already aware of the boxes and rules designed to limit and shame my choices. My fantasies of Prince broke those rules.

But I forced myself to watch Purple Rain a few weeks ago. In the wake of Prince’s death, I’ve found it painful to listen to his music and look at performance clips, so I didn’t know if I’d make it through the movie. But I kept watching even when my eyes welled up at “Dearly beloved …” Some of the acting is stiff (and the dancing, too … I’m looking at you, Apollonia). But I still loved it, all these years later, warts and all. You could write a dissertation on the misogyny in this film, but 32 years ago, all I saw was the way The Kid looked at Apollonia the first time he saw her. That adoration. I wanted to be adored like that. And when I got to high school, I had a boyfriend who adored me, and he was Prince fan too. Prince’s Under the Cherry Moon would be “our” movie, and we saw it — where else? — at the Norwood Twin.

At the end of Purple Rain, The Kid performs on stage. He could’ve been setting straight Billy the club owner when he sings, Might not know it now, but baby, baby, I’m a star. That’s the confidence that turned me on, and made me want it for myself. Confidence that now, as a writer, I still have to talk myself into sometimes.

The Kid triumphs, and in the end, I did too. I’m no church lady, but thankfully, I survived the sexual gauntlet that was the ’80s. Purple Rain was the perfect outlet for the desires and fears that overwhelmed me. It was a glorious freak show that let me know I was free to be.

Deesha Philyaw is a Pittsburgh-based writer whose work has appeared in The New York Times, The Washington Post, and other outlets. For The Rumpus, she inaugurated and curates an interview column, VISIBLE: Women Writers of Color.