Edgerrin James enters the Pro Football Hall of Fame in Canton, Ohio, on Saturday following a legendary NFL career. Yet, he would rather be remembered as a great father.

A member of the 2020 class, James rushed for 12,246 yards and scored 91 total touchdowns, led the league in rushing in each of his first two seasons and is one of only four runners with at least four 1,500-yard campaigns. The other three – Barry Sanders, Eric Dickerson and Walter Payton – are already in the Hall of Fame.

Although he still had plenty of gas left in his tank to ascend higher on the all-time rushing list, James, who turned 43 on Aug. 1, retired from football in 2009 after 11 seasons to become a full-time father following the death of Andia Wilson, the mother of four of his six children.

James starred at the University of Miami but stressed that historically Black colleges and universities (HBCUs) have always been near and dear to his heart. His children have taken heed during college selection time.

All three of James’ daughters (Qui, Eyahna and Emani) have either attended or plan to attend HBCUs. Meanwhile, his son Eden is considering an HBCU scholarship offer to play football.

“For me, personally, this isn’t part of a trend with my children attending HBCUs. It’s a way of life,” James said. “My youngest daughter’s mom attended Florida A&M. And my children’s mom that passed away attended Florida Memorial. If I didn’t go to the University of Miami, my school was going to be Florida A&M. That’s the thing about HBCUs. You’re actually going to get to live life and have fun. That was my plan B. If I didn’t play football, I would have gone to Florida A&M and studied business.

“My daughters going to HBCUs, they’re a reflection of me,” James said. “They could have gone to any school, but they know I’m a big advocate for HBCUs and they understand the long game. I want to make sure I position them for business.”

James raised his children to become more than students who earn a college degree to join the traditional 9-to-5 workforce upon graduation. Earning tens of millions of dollars as an NFL superstar and continuing to thrive financially in his post-football career from business and real estate ventures, he created generational wealth for his offspring while instilling a fierce entrepreneurial spirit within each of them.

Hence, his passion for the unique opportunities that HBCUs offer. 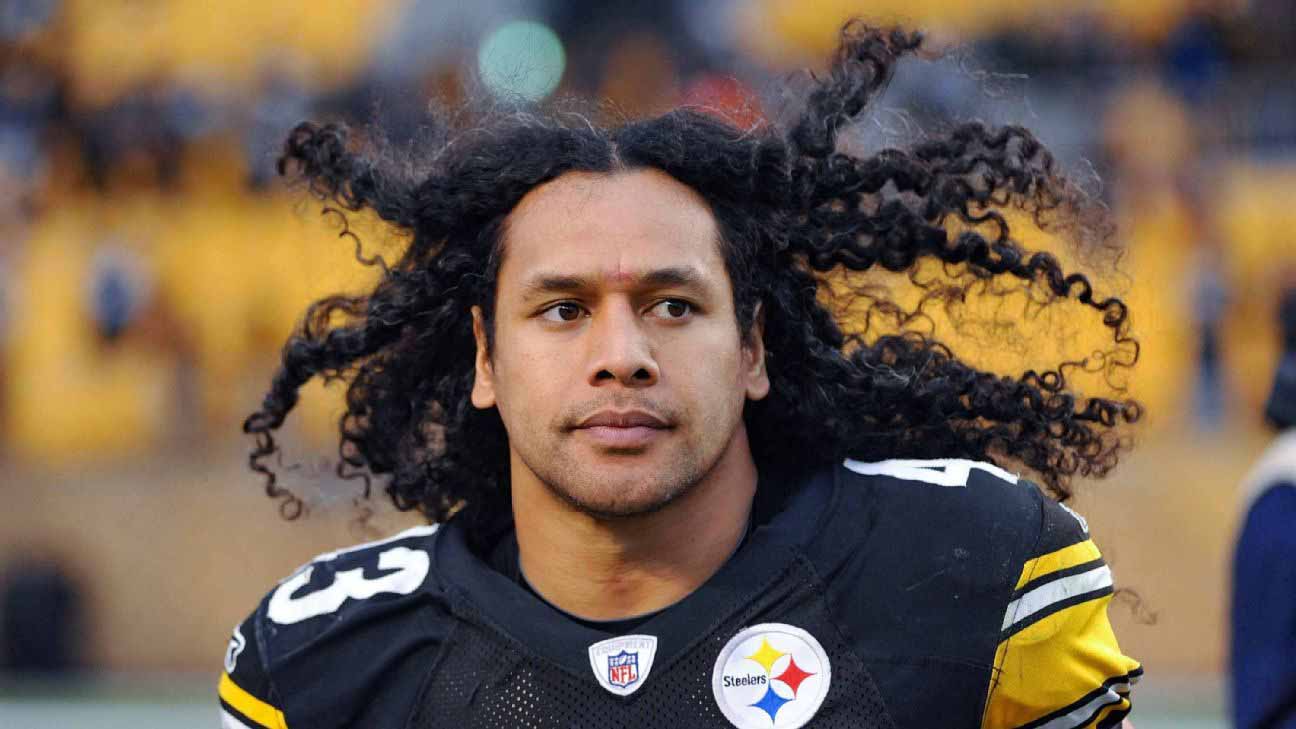 “The reality of this country and where we’re at as African Americans, if you’re positioning yourself as a boss or entrepreneur, most of your people are going to be your race, your color, in the field they’re entering,” said James, who has developed the One Sound Music Group, featuring daughter Eyahna as the label’s headliner. “My oldest daughter is going to be an attorney. Do you think she’s going to have 100 white clients lined up? Let’s face it. She’s going to have African American clients or a diverse group she can relate to and build relationships with versus just being one of the guys. I’m not trying to reinvent the wheel. It only makes sense for them to know their roots. Be around their peers and the type of people that will ultimately become customers.”

“If she works at a law firm, it would be a short-term thing. She’s not going there to make a career up under somebody. As African Americans, we need to depend on ourselves more and bring on people that remind us of us. Our endgame is to head a strong law firm that’s owned by an African American female.”

“I grew up in Naples, Florida. Naples has a huge white population. I didn’t necessarily see a lot of people that looked like me,” said Qui, 24. “I was always in honors classes in high school, so I was often the only Black person in my class and I became used to it. I learned how to conduct myself and navigate the white spaces.

“I only learned about HBCUs through my dad, my sister’s mom and my aunt. My dad asked me, ‘Have you ever heard of Howard?’ He told me to do my research and let me know what you think. Once I started researching, I said, ‘Oh, my gosh, a big city.’ Coming from Naples, the street lights stop working at 8 o’clock. Being located in a big city is one of the things that first attracted me to Howard. When I got there, I felt completely out of my element because it wasn’t the environment I was used to. There were so many people. And they all looked like me.

“I started to realize we as a people are very diverse. You have the supercool people. The supersiddity. The superalternative. So many different forms and so many different backgrounds. That was something beautiful as I became more comfortable and learned about our history and our culture and being immersed in that culture for the first time. You have this feeling that everyone around you wants you to succeed. That environment in itself is what made me want to continue my education at an HBCU. When I graduated from Howard, I decided to attend the University of District of Columbia’s David A. Clarke School of Law.

“The path of going to a law firm, that normal trajectory isn’t necessarily appealing to me,” said Qui James, who is entering her final year of law school. “My father is building a beautiful foundation. This summer I’m working with him trying to get his music company off the ground. When I finish I will be an in-house attorney until I get my bar results back and obtain the necessary experience so I can flourish and stand on my feet in a few years.”

“I’ve always wanted to sing. I’ve been singing since I was 6,” said Eyahna James, who majors in mass media arts. “I just knew that being in Atlanta would be the best decision for me and the best city as far as starting my music career. I definitely wanted to go to an HBCU. And I had heard about Clark Atlanta. I loved the school. It was definitely cool being in that environment and just being surrounded by people that look like you. It definitely felt like home. You feel like you belong. I took AP courses in high school with majority white students. I was like superduper uncomfortable. I always felt out of place. Once I got to Clark, I never had that feeling. I always felt comfortable.”

James spends a great deal of time in Atlanta on business, allowing him to strategize with his daughter about her budding singing career. Eyahna James opened for Lil Baby at a Mississippi concert in June and has another show planned on Aug. 13 in Orlando, Florida, where she attended high school. Her debut single, “Replay,” will be released this month under her stage name, Eyahna J.

“I have a daughter who’s into the music business and the arts. Atlanta’s like the mecca for young African American artists. Clark was the best fit,” James said. As for her singing career, he added, “I could easily push her off to another record label. But why not develop a record label that’s mine and hers? Each one of my kids, I don’t want to just be a parent. The relationship as a father goes to a certain level. But now you’re taking that relationship to business partner. At the end of the day, it’s about ownership. So why not create their own from the beginning? Not only is she an artist, but she’s also an owner.”

James wasn’t certain his youngest daughter, Emani, would attend an HBCU before she settled on North Carolina A&T.

“I was kind of worried. I thought she might go against the grain, but she felt it. She found a home,” he said. “She didn’t go where her sisters went. She went to a place where she felt comfortable.”

An incoming freshman, Emani James is studying to become a plastic surgeon.

“I never had a dream school, somewhere I wanted to be. Me picking a school was just basically a feeling that I got once I started visiting and doing my research,” said Emani, 18. “Ever since I was little, I’ve always gone to predominantly white schools [PWIs]. As I got older, going to an HBCU was definitely something I wanted to do. Be around my own.”

“They were my top two schools, but I was stuck on A&T,” she said.

Emani believes she can make a difference as a plastic surgeon, a medical field with a small percentage of Black doctors.

“I have the feeling for it. I have the love for it,” she said. “People are coming to you for help, to look better, to feel better. I feel like some people go into medicine because they know they will make a lot of money. It’s more than that. I would never choose a career because of money. I’m going to be in medical school until I’m 30. I want to make sure it’s something I love.”

Eden, a senior running back for Treasure Coast High School in Port St. Lucie, Florida, who plays the same position as his father, has 10 scholarship offers, including Indiana and Miami, his dad’s alma mater, as well as Howard. He plans to graduate early and enroll as a college freshman in January.

“I went to Howard to visit my oldest sister. I loved the experience. I loved the weather. I love how you can experience all the seasons. I was surrounded by all my people. It makes you treasure your own culture even more,” said Eden, 17, whose mother attended Tennessee State. “I just love the D.C. area, to sum it up. It has a home feel to me. That would have a big influence on me going there.

“Academically, I know for sure I can accomplish my goals at Howard. Footballwise, I believe it’s possible that I could accomplish my goals there. My decision will be based on whoever shows the most interest. You have to stand out in order for the NFL to have their eye on you. It caught my attention that HBCUs are starting to get more attention. I think it’s only the beginning. Maybe I might be a part of the change.”

James is cautious about influencing his son’s college decision.

“Howard is a school that, personally, I want him to go there,” he said. “I don’t want to tell him where to go, but that’s where I wouldn’t mind him going. He’s a Howard guy. He’s a guy that’s going to be a force in this world. He has the personality. He’s supersmart. He fits the mold. If he goes to a PWI, he’ll just be a guy and everything will be based upon what he does on the football field. If he goes to Howard, when he leaves after four years, they’re going to know he was there.

“When you look at it and really break it down, you start saying, ‘What do these PWIs have to offer? What’s the difference? How can he get to his endgame, which is the NFL, from Howard?’ It’s so wide-open now. You don’t have to just go to the big schools. He can go to an HBCU. And he can take a shot at his dream of making it at the next level.”