When costume designer and stylist June Ambrose was named the first Puma Basketball women’s creative director just over a year ago, she had a starting point in mind.

“I’m going to break the rules a little bit,” she said with a smile from the 21st floor of the Penn Station-adjacent Puma Showroom in New York City last month.

Surrounding her was the result of her first year’s work with Puma — the High Court Collection, “coached by June Ambrose,” as the company frames it.

“The brand itself is such an iconic brand, growing up in the Bronx and always seeing how it was infused in the hip-hop culture,” said Ambrose. “There’s so much nostalgia to be able to come full circle and be working with them.”

Featuring an assortment of jackets, tops, pants, sports bras, sneakers and slides, it’s also the company’s first series of footwear and apparel designed specifically for women’s basketball. The naming highlights the hardwood, along with the landmark Title IX cases overseen by the Supreme Court that have advanced equality in women’s sports.

“[I was inspired by] thinking about the women that we were celebrating,” she said. “And how amazingly fearless and iconic [that] female basketball players are. And the fact that they’re not just ballplayers — they’re wives, they’re sisters, they’re daughters, they’re friends — they’re women, and taking them off the court was really part of the process, too.”

Ambrose’s High Court Collection drew inspiration and insights from a quartet of WNBA stars signed to the brand in recent years. When the company relaunched its basketball category for the first time in nearly two decades in 2018, signing both the No. 1 and No. 2 picks in the NBA draft, several media outlets wrongly phrased the summer splash as also being Puma’s first basketball player signings of the new millennium.

As WNBA star Skylar Diggins-Smith pointed out, Puma had already begun its commitment to the women’s side of the sport, signing her nearly a year earlier in August 2017.

“[June] is helping to redefine the women’s hoops category for Puma,” said Diggins-Smith. “Which is inspiring for me personally to see a collection that not only focuses on female athletes, but merges performance with fashion.”

That blend — Puma executives call it “a hybrid approach to design” — has been a focus of the brand as it began to create basketball products for the decade ahead. The basketball shoes commonly sit in a casual-meets-performance lane, and the NBA players who’ve been signed are at times just as celebrated for their League Fits-ready tunnel entries as their game-to-game stat lines.

After the Phoenix Mercury guard led the way in signing on, Puma added two of the top picks from the 2019 WNBA draft in Las Vegas Aces point guard Jackie Young and Seattle Storm forward Katie Lou Samuelson. Ahead of the league’s 25th-anniversary season, Puma landed one of Nike’s longtime key headliners, Breanna Stewart of the Storm, the then-reigning Finals MVP.

With those four in mind, Ambrose looked to keep that emphasis on versatility while developing Puma Basketball’s first collection for women.

A mix of orange and red — which Ambrose describes as “ferocious” colors — can be seen throughout more than a dozen apparel items. The camouflage pattern layered over the Madison coat and the Maverick Court Rider hoops shoe was created based on patterns found when zooming in on the fur of puma cats.

While the Maverick Court Rider is a performance model that could see the WNBA floor next summer, the other two footwear options are classic silhouettes — a khaki remix of the brand’s staple suede shoe and a white and black execution of its 1980s high-top Ralph Sampson signature shoe.

“I happen to be a fan of the game, but I don’t play the game,” said Ambrose. “But I still want to celebrate how amazing it is to be part of a starting lineup of incredible women … I wanted to change the dialogue and the narrative just slightly so that it will attract a consumer that wants to be independently fearless.”

After designing a collection that can be worn “from the court to courtside,” Ambrose debuted High Court items last month at a Boston Celtics home game against the Chicago Bulls. Seated alongside her 17-year-old daughter Summer, Ambrose notes that she looked to involve her in the design process for feedback and validation.

“Seeing how people were responding to what we were wearing while we were sitting there, coming over and saying, ‘Oh, those are fresh!’ … was superfun,” she said. “I didn’t even have to say anything, but the look kind of spoke for itself and it’s exactly what I want.”

Ambrose first burst onto the scene in the late 1990s as a costume designer for music videos. In 1997, Missy Elliott donned a puffy oversized black ensemble that’s commonly referred to as “the trash bag suit,” which later led to Elliott’s own series of apparel collaborations.

“I had the audacity to do so much,” Ambrose said proudly. “I did things without asking for permission.”

There were also the metallic red and yellow suits worn by Puff Daddy and Mase in the “Mo Money Mo Problems” video, which became an MTV staple at the time and currently sits at 88 million views on YouTube. The flashy textures on a traditional denim jacket silhouette were an instant classic. Dolce & Gabbana launched metallic materials the next year.

“I would take sportswear, athletics, leisure, and silhouettes and elevate them with very expensive luxury fabrics,” she said. “I was bridging high fashion with urban music culture.”

That approach led to Ambrose becoming a groundbreaking costume designer for more than 200 music videos over the years. She’s also styled and shaped Jay-Z’s look, which led to her initial involvement with Puma executives after the rapper was named creative director of Puma men’s basketball in 2018. 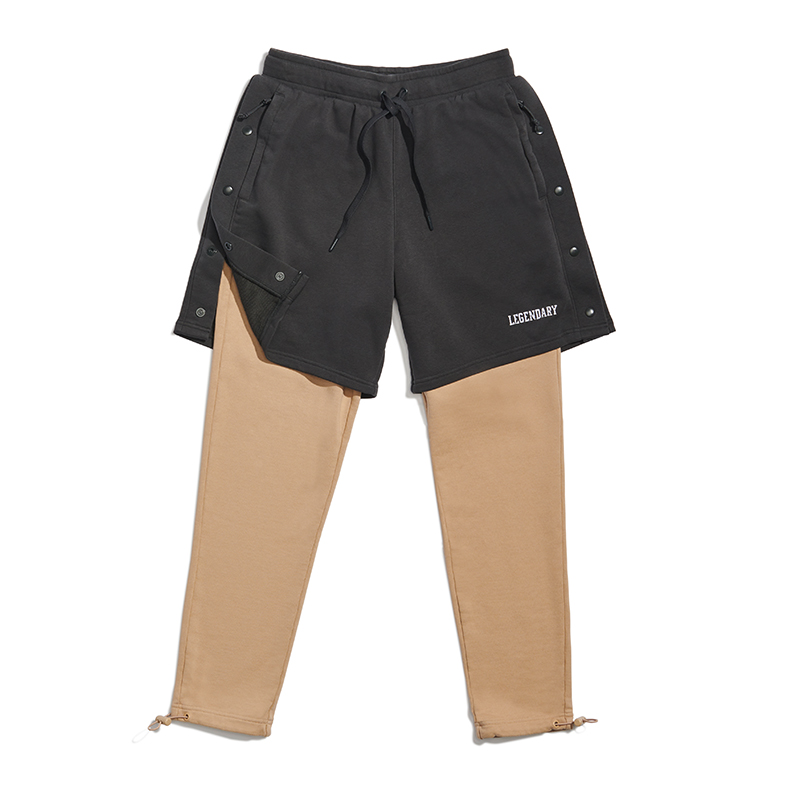 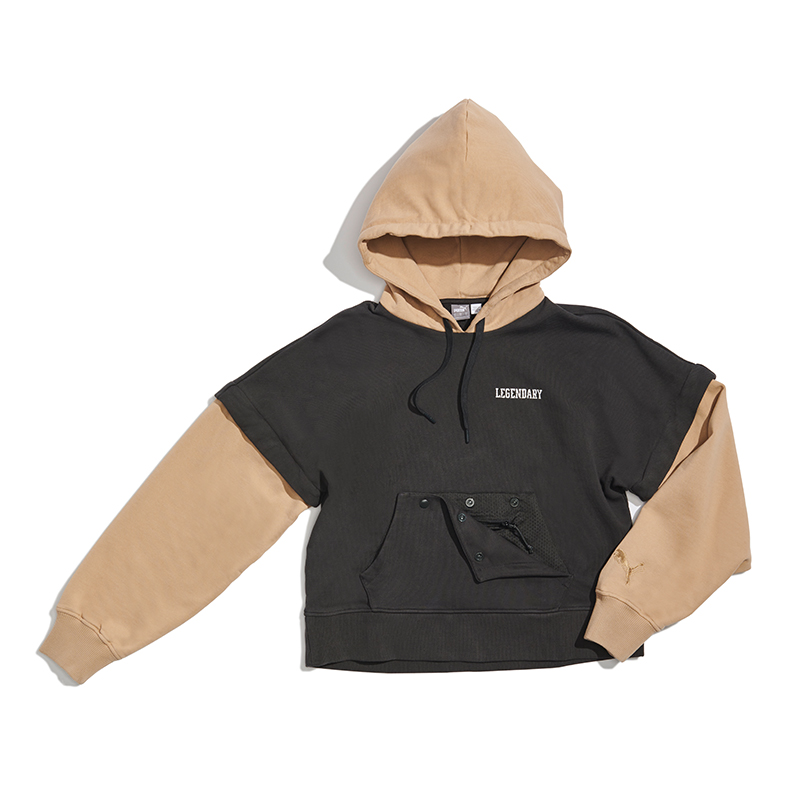 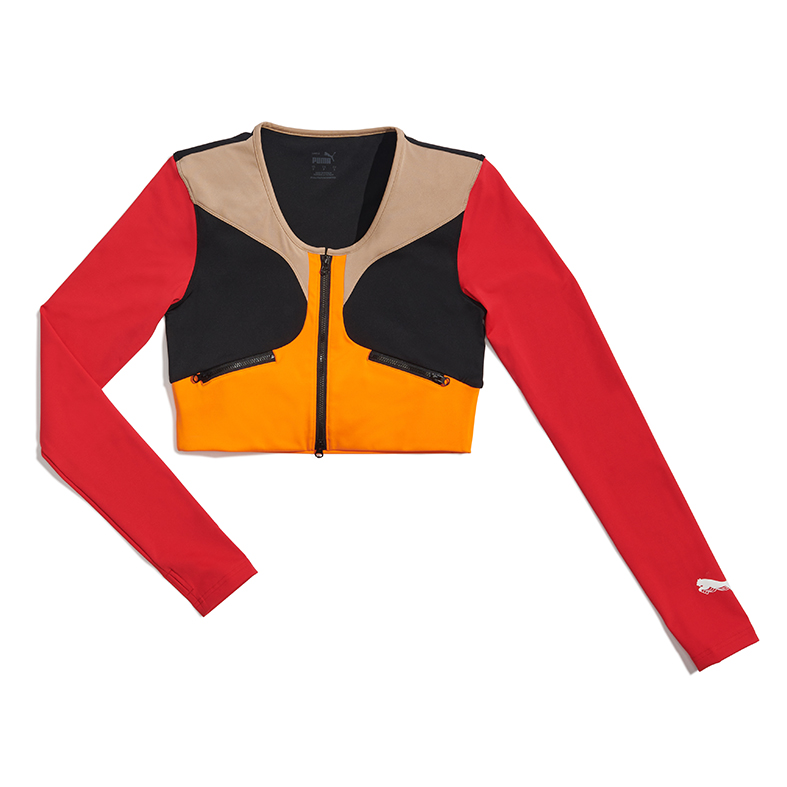 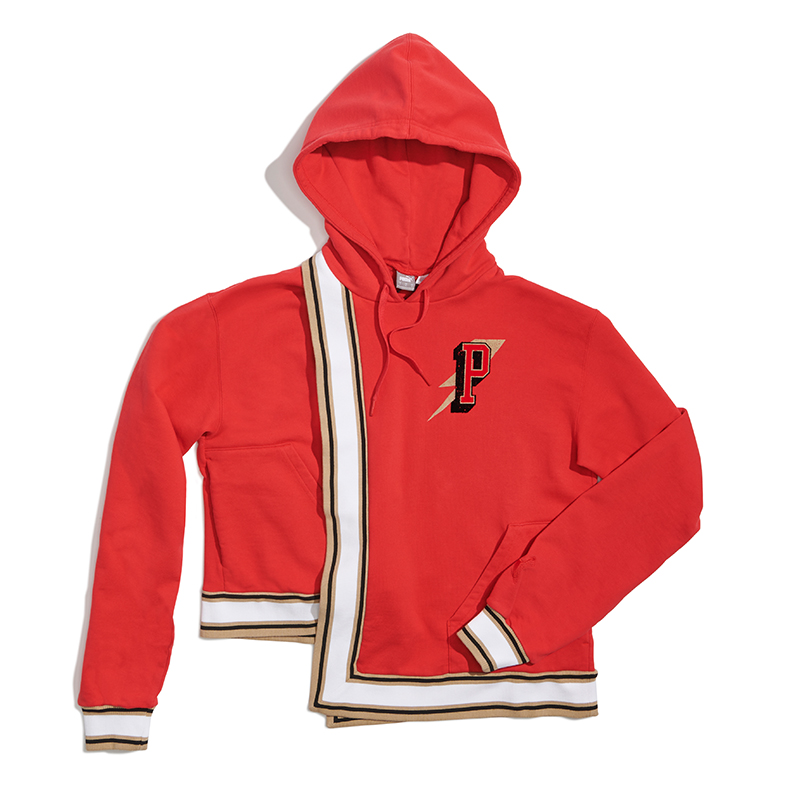 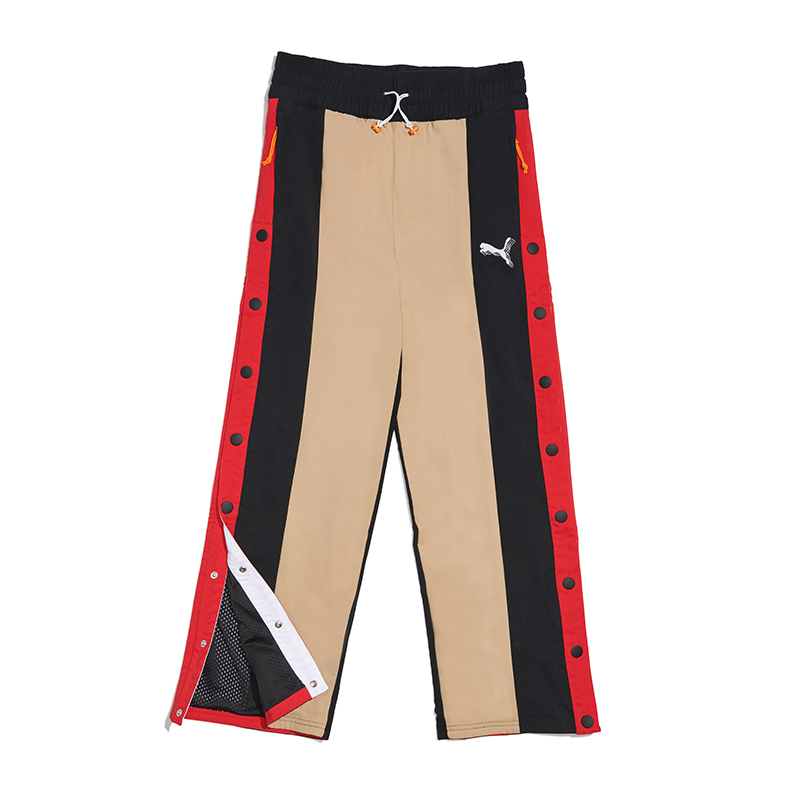 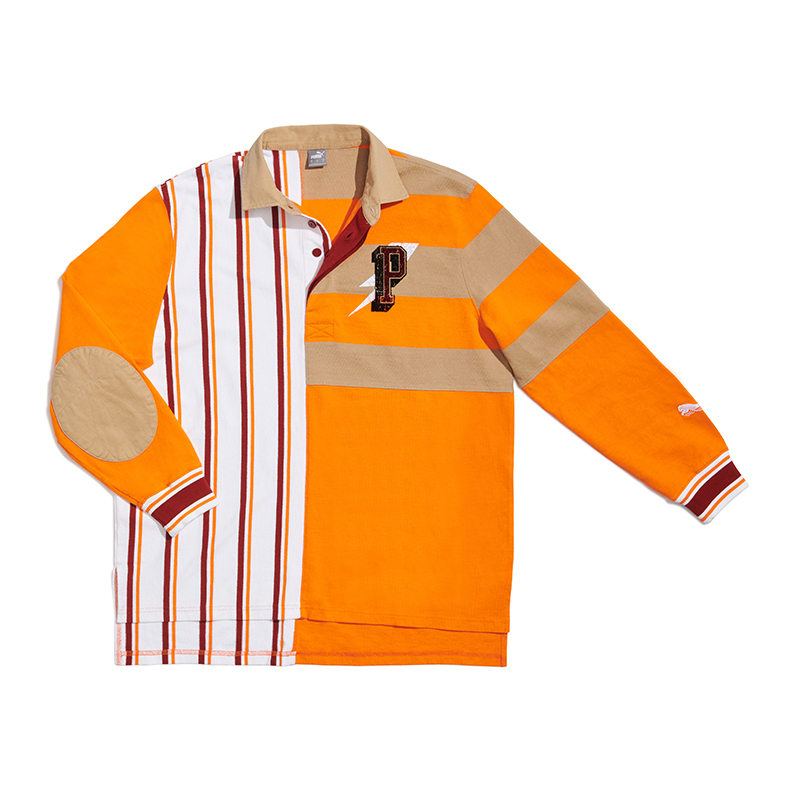 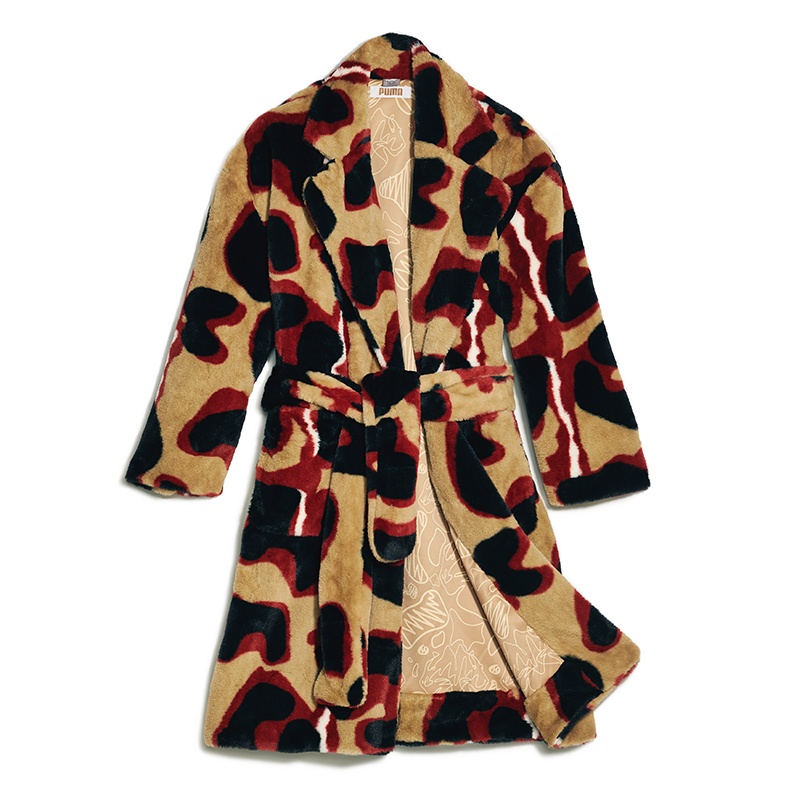 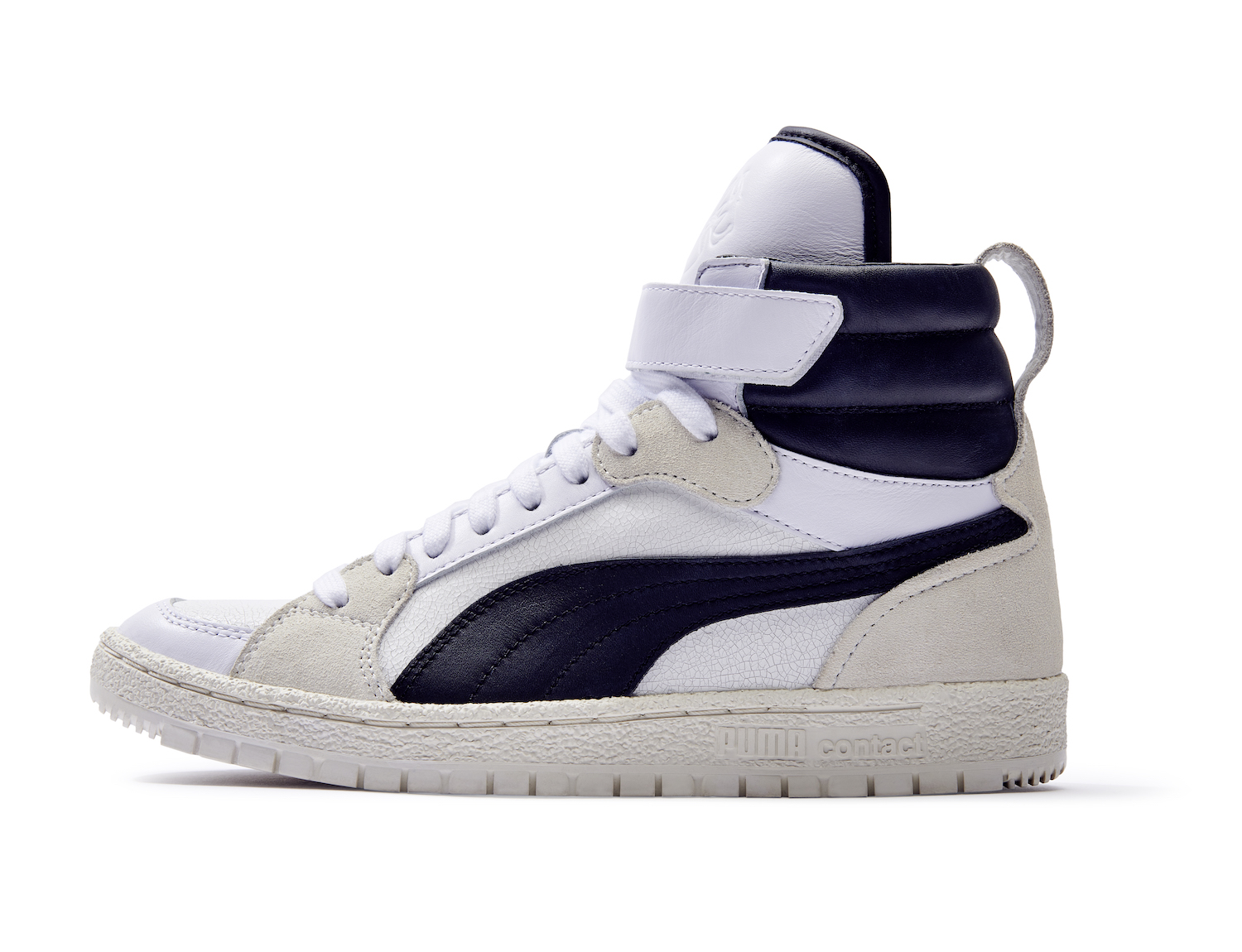 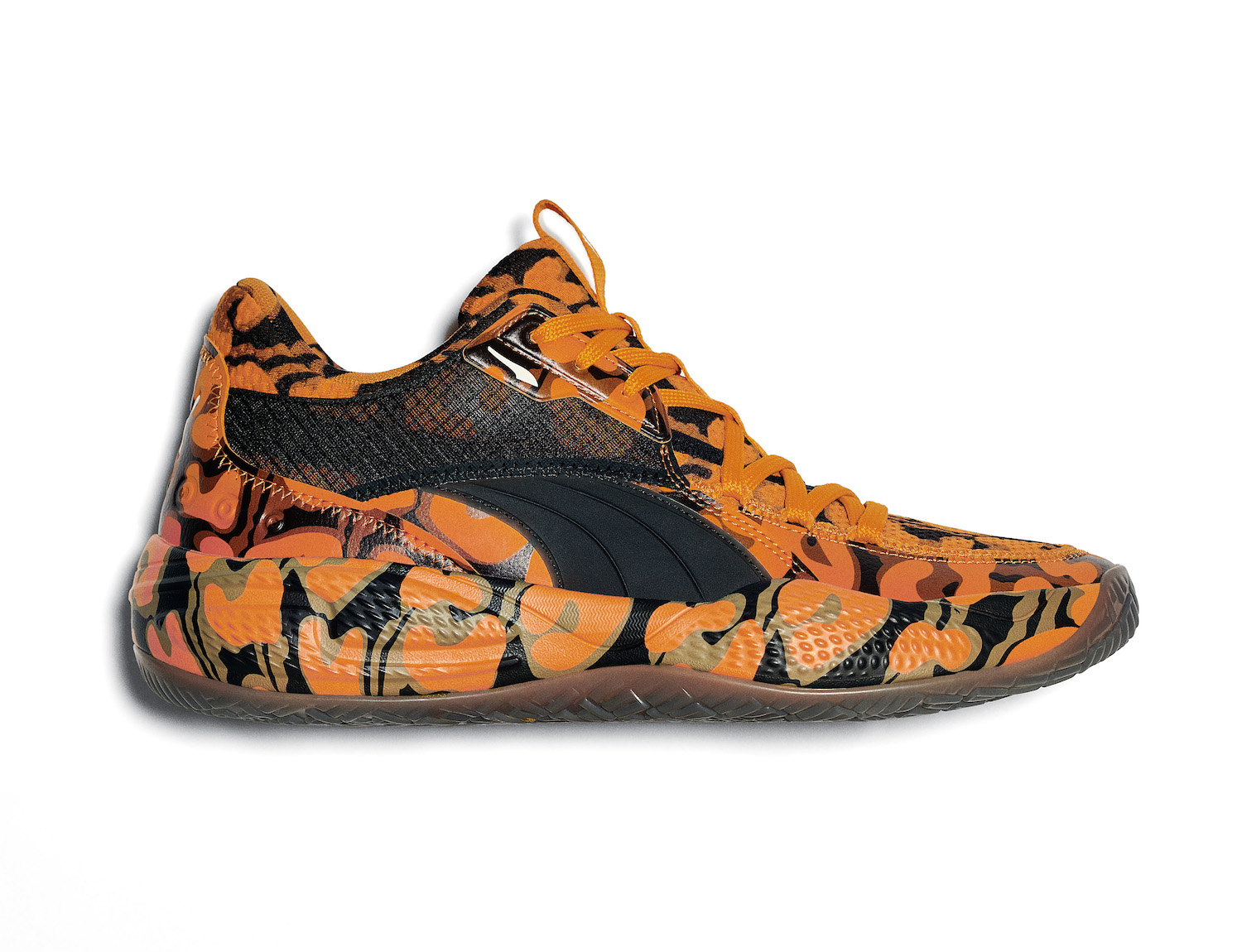 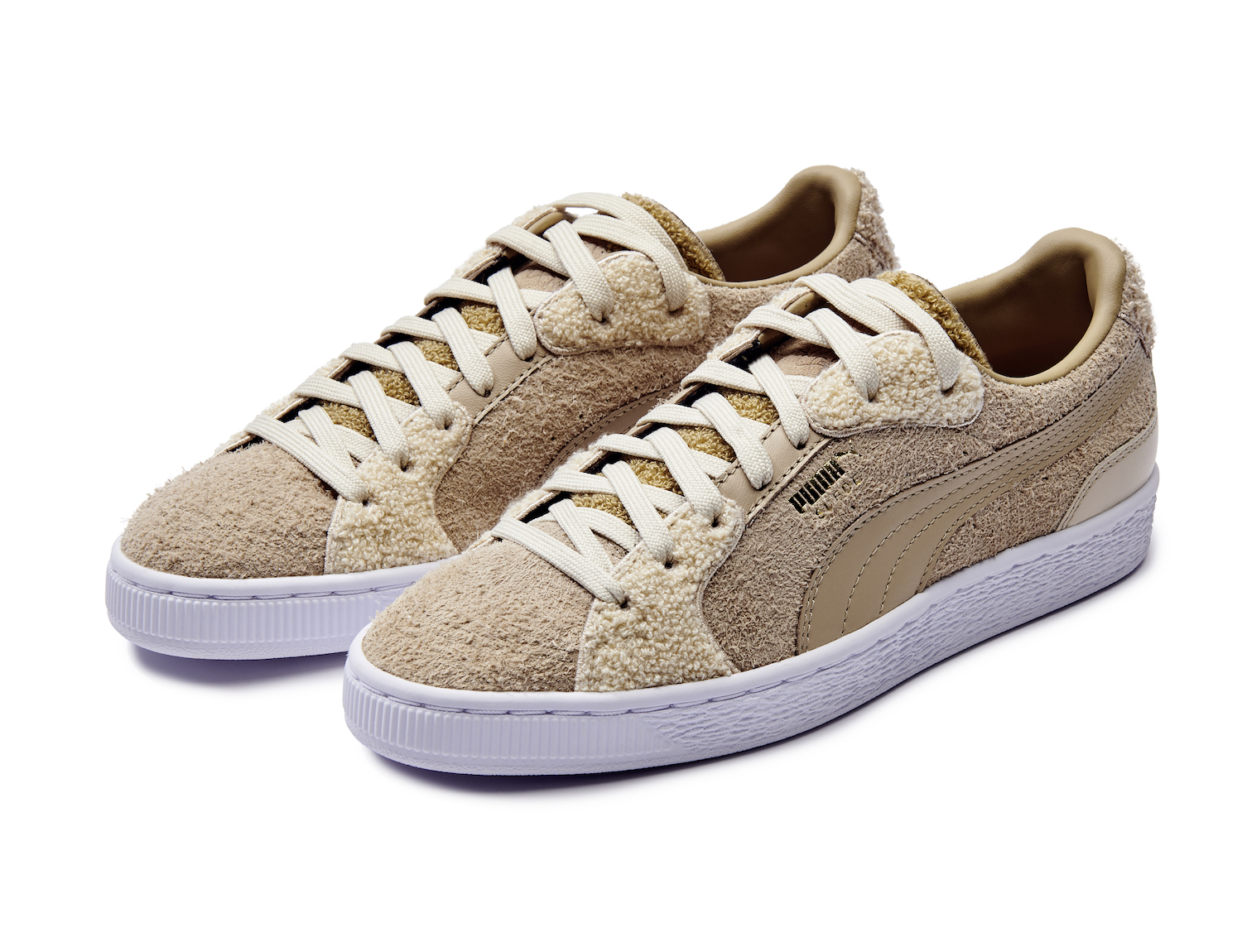 During what was supposed to be an initial introductory meeting with Adam Petrick, Puma’s global director of brand and marketing, he and Ambrose landed on the opportunity ahead of them.

“He says, ‘Well, we’re really thinking about women’s basketball, would you be interested?’ ” Ambrose recalled. “And I immediately lit up.”

In addition to the High Court Collection, Ambrose is leading the way for Puma women’s basketball into 2022. When Stewart was signed to the brand last spring, the announcement came in tandem with the reveal that she would be receiving a signature shoe. Ambrose likes to point out that the Puma Clyde, created for former New York Knicks star Walt “Clyde” Frazier in 1973, was one of the industry’s first signature basketball sneakers.

Stewart will become just the 10th woman to receive her own shoe in the WNBA’s 25-year history.

“The genuine commitment Puma has shown to collaborate with and activate around women is really exciting,” said Stewart. “I look forward to working closely with Puma and June on projects that set the standards for the next generation of female athletes.”

For now, dubbed the “Stewie 1,” and teased again earlier this fall when Stewart donned a hoodie that simply declared “OVERDUE,” the expectation is that she’ll debut her signature sneaker during the upcoming WNBA season.

As the duo and the larger Puma team continues to finalize designs, details and executions, the involvement and insights from both Stewart and Ambrose have helped to inform the entire ecosystem of how the shoe will eventually launch.

“It takes me sitting with her, getting to know her,” said Ambrose. “I’ve dressed her off the court too … working with her in every aspect I think is important. From a creative directive perspective, I’m not just designing the product, but I’m also working with them on selling it and how we market it, seeing it all the way through from the inception, all the way to the retailer.” 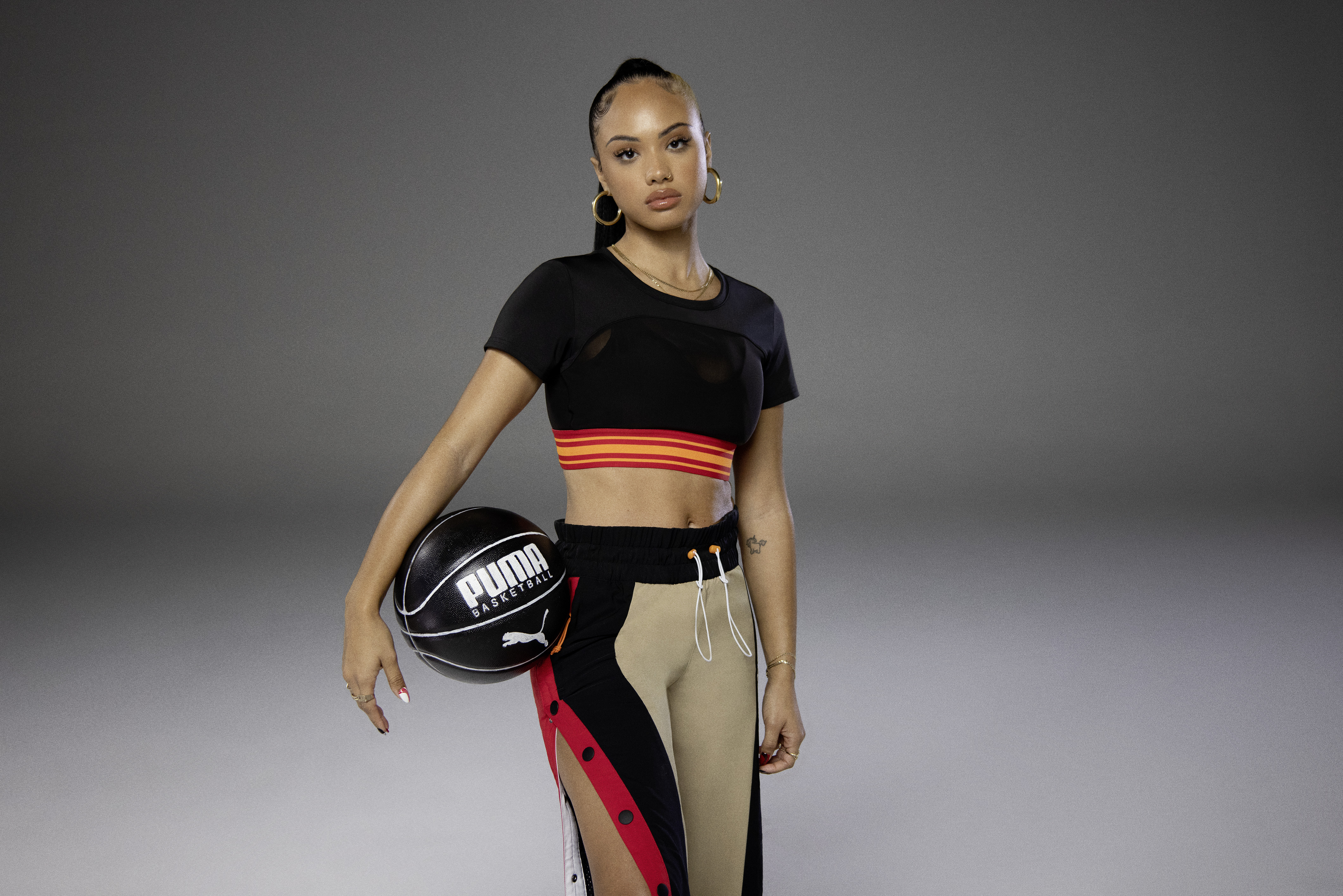 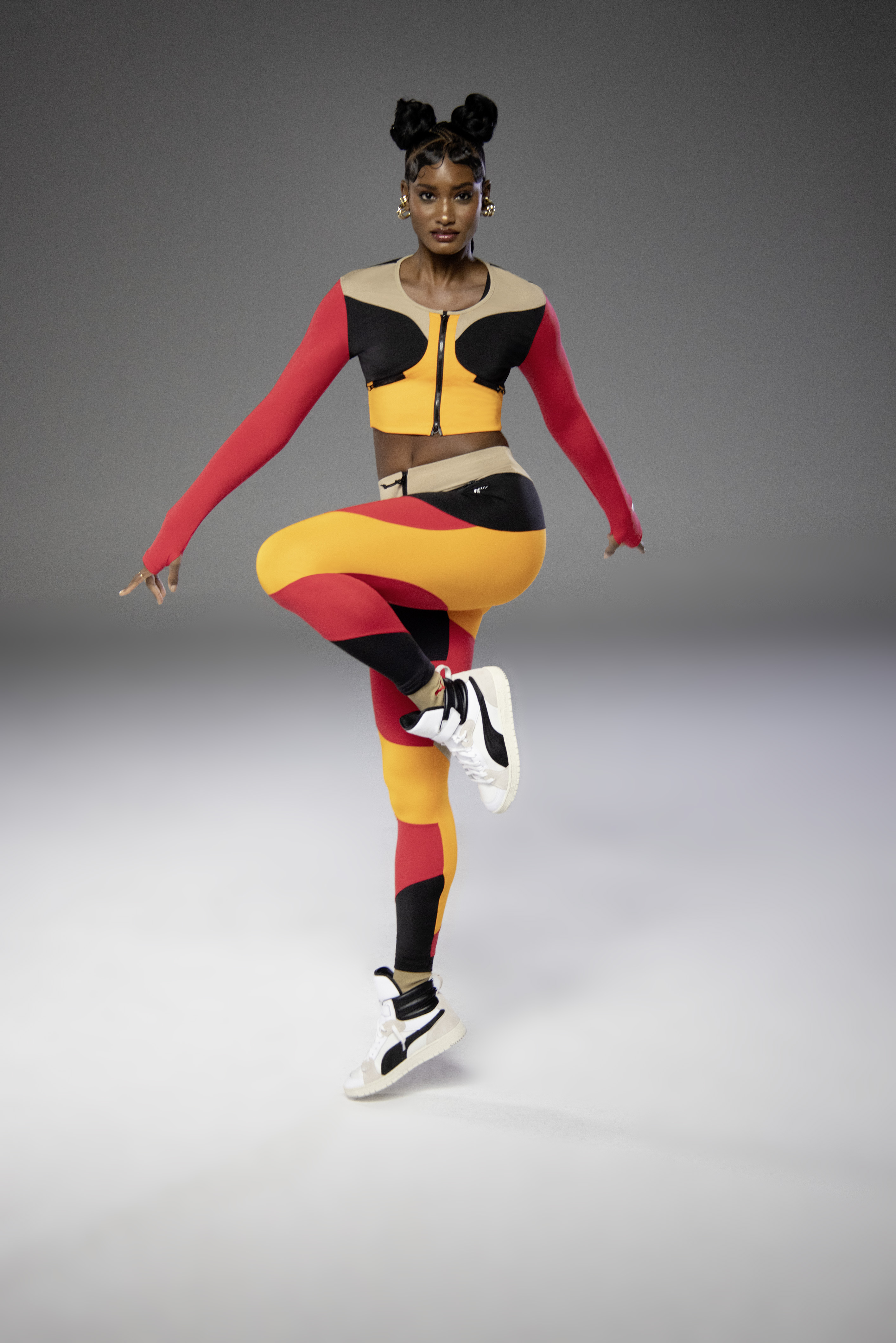 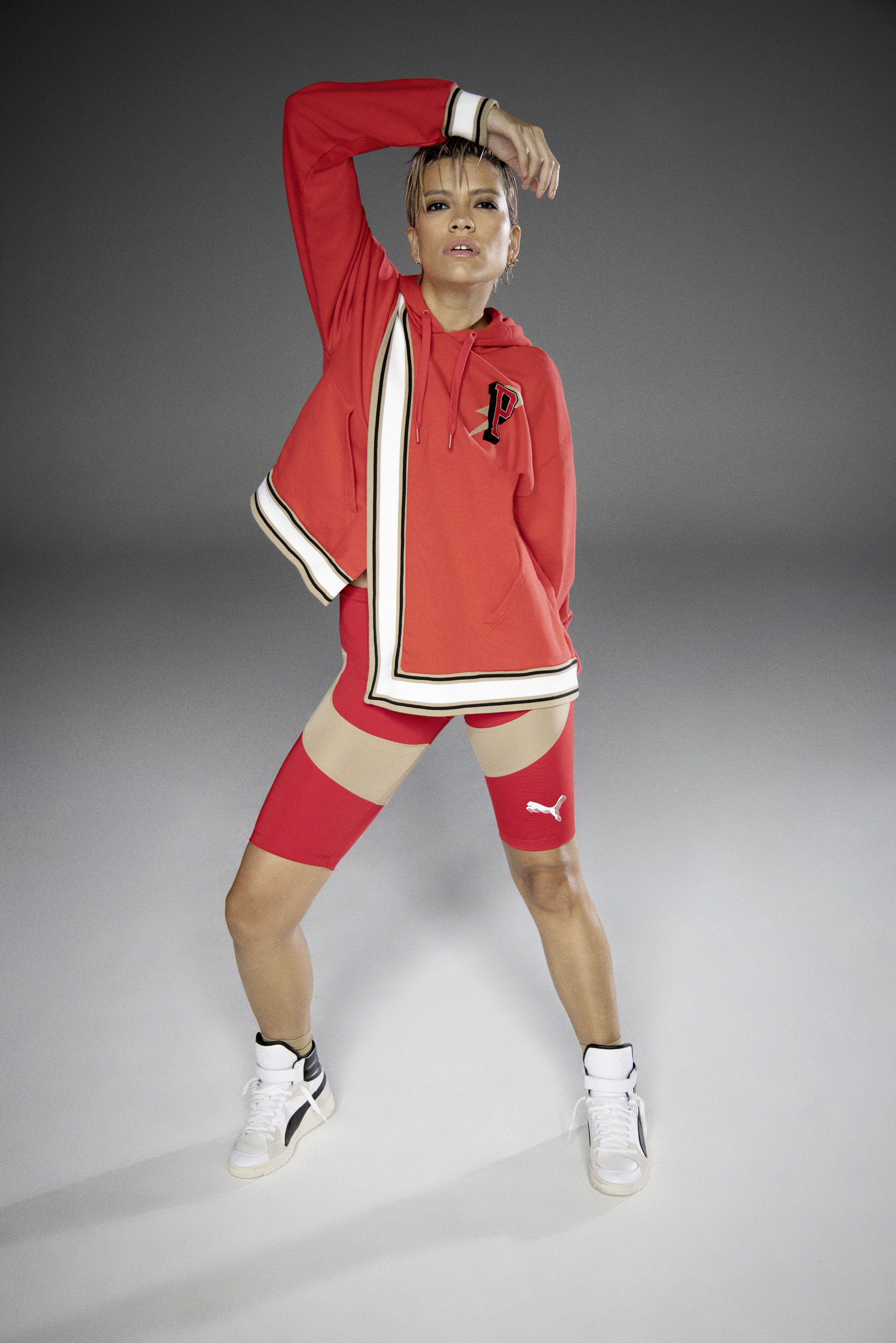 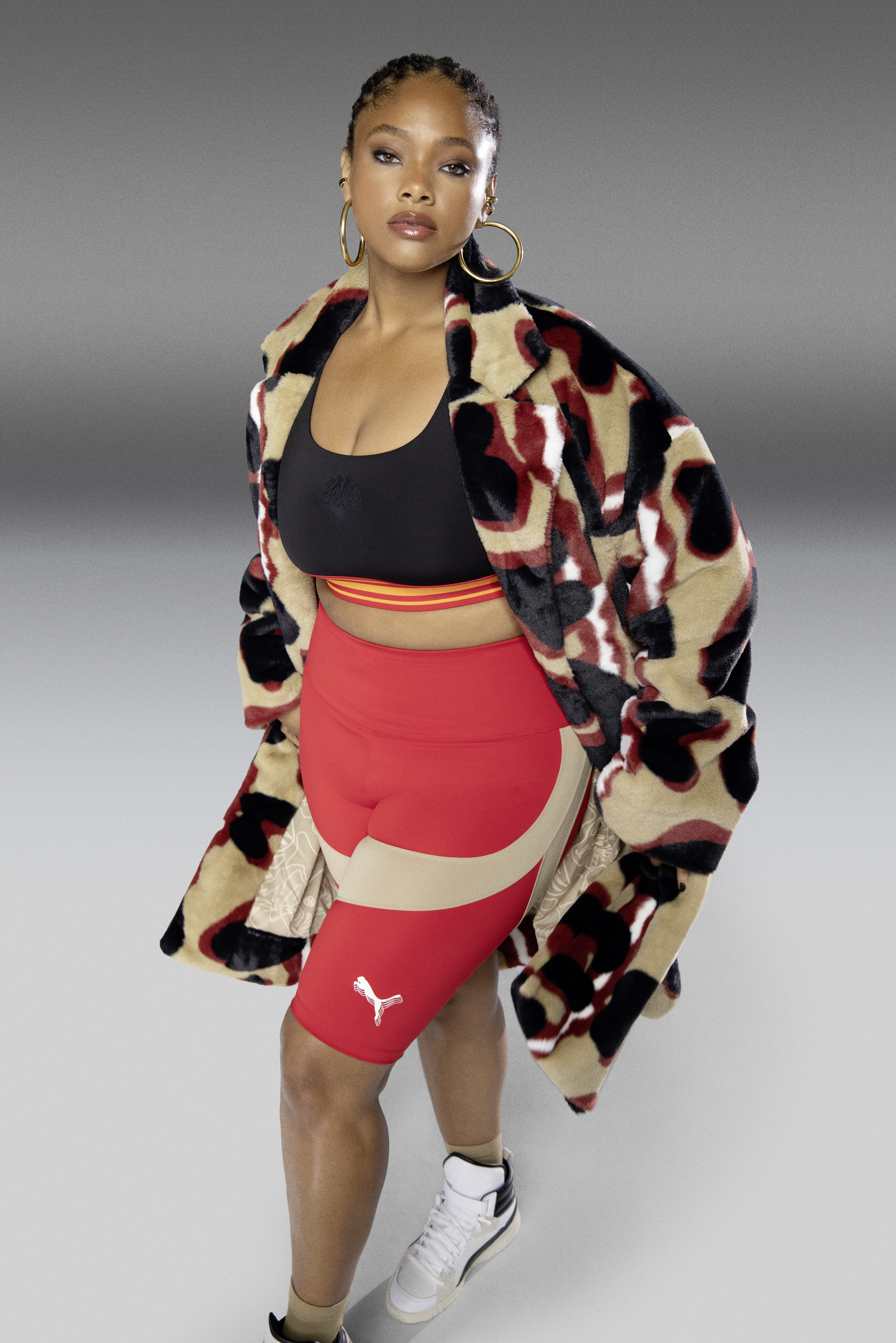 With the High Court Collection launching now, a signature shoe ahead and the foundation of Puma’s women’s basketball category being set, Ambrose feels the next steps include highlighting impactful moments in women’s sports history through a potential panel series and future themed collections.

The groundwork from her starting points in costume design and styling has continued to help extend that bridge years later.

“Being able to have created that narrative to get high fashion’s attention and seeing it all come to life, made me feel like we were doing something that was going to be long-lasting,” she said. “The seeds that we planted, I think we’re reaping the fruits and benefits of it now.”