Rajah Caruth’s NASCAR career is in the fast lane

The rookie, a student at Winston-Salem State University, is racing this weekend

With his first win under his belt, Rajah Caruth is steering clear of complacency as he heads into his next race and a future with possibilities.

Caruth, a freshman at Winston-Salem State University, got his first win in a NASCAR Late Model stock car race at Greenville-Pickens Speedway on Oct. 8, driving his No. 6 Sunoco Toyota. He next races Saturday at the Florence Motor Speedway in South Carolina.

NASCAR Cup Series driver Bubba Wallace, a mentor to Caruth, congratulated him on the first-place finish at the historic South Carolina short track where several of racing’s Hall of Famers got their start.

Proud of the little bro!!!! @GP_Speedway has always been good to me, got my first win there back in 2010.
Keep grinding bro! @rajahcaruth_ https://t.co/PD4ilEVABc

Caruth said the start of that race didn’t go as planned, “but a win is a win and I am excited for the next race.”

“I would like to be able to shake his hand,” said Clay Harshaw, associate professor and program coordinator for the motorsports management program at WSSU.

The program began in 2007 and focuses on everything that goes on behind the scenes that contribute to NASCAR racing. This includes sponsorship development, media relations and facility management.

“We focus on trying to get the money and other programs’ focus on how to spend the money,” Harshaw said, comparing WSSU’s program with the curriculum at other institutions.

Students typically get to visit Bowman Gray Stadium, which is less than a mile from the WSSU campus and also one of the most historic tracks in NASCAR. However, the current pandemic has made things harder by restricting field experiences. 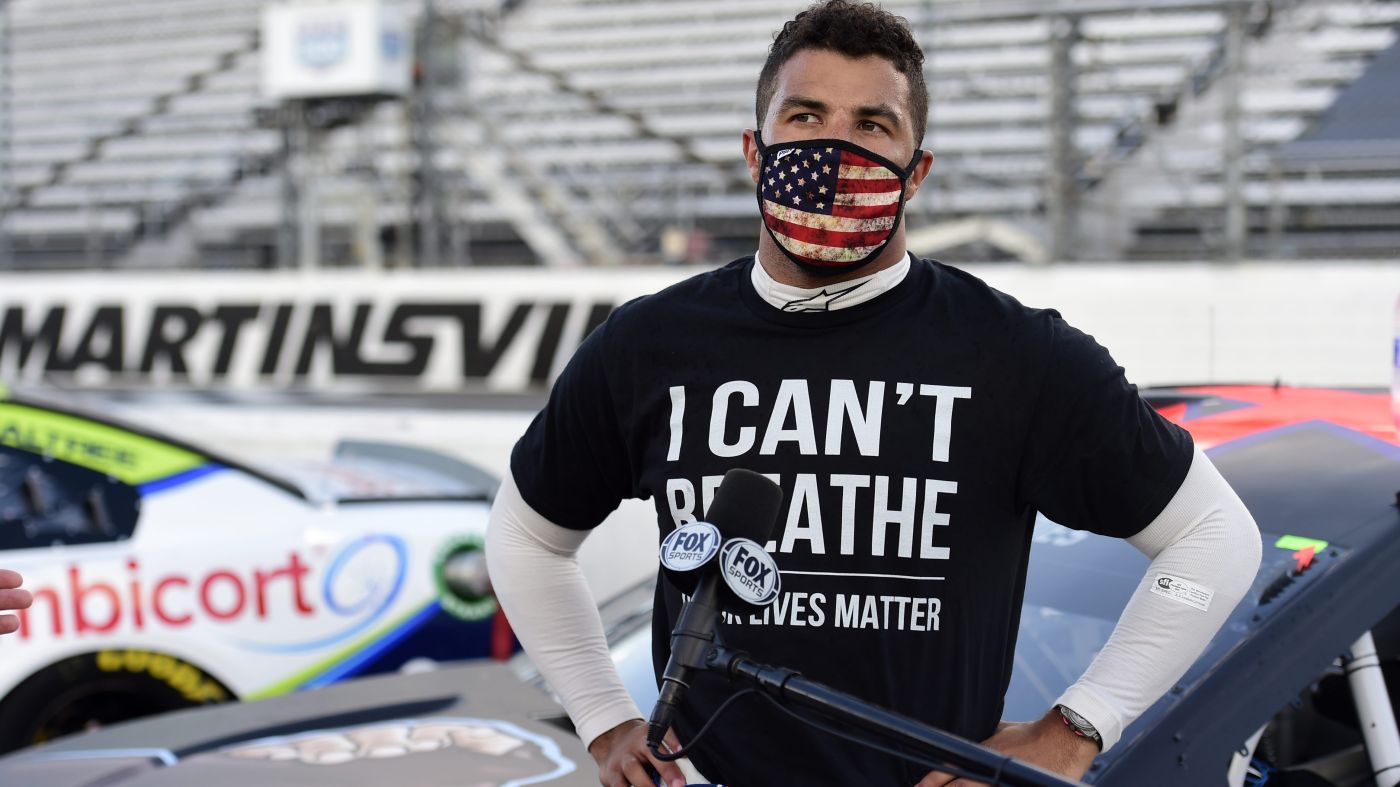 “Even though races are going on,” Harshaw said, “we’re not able to take students to those races because there is a limitation for everyone going to the events.”

WSSU is hoping to resume field experience early in the spring semester.

“I wanted to go to WSSU partially because of the motorsports program,” Caruth said. “In addition, I wanted to get the HBCU experience for my college career.”

Caruth seriously started thinking about the importance of attending a historically Black college and university (HBCU) during his senior year of high school. While touring WSSU’s campus, he felt that he belonged.

“I definitely would’ve wanted to do some more of the ‘Ramdition’ activities,” Caruth said as he reflected on what he’s missed out on because of COVID-19. Ramdition is an activities-filled week that prepares first-year students for their time on campus. It was scheduled to take place in mid-August.

Caruth’s motivation for going to an HBCU also came from his family. Caruth’s father, Roger Caruth, attended Clark Atlanta University and is currently an assistant professor in the department of strategic, legal and management communication in the Cathy Hughes School of Communications at Howard University.

“Him telling me about his experiences in college made me want to get that experience as well,” Caruth said.

“Of course, I encourage HBCUs,” Roger Caruth said. “But Rajah made that decision on his own. I do commend him for seriously thinking about what having an HBCU experience would mean.”

Being the supportive father that he is, he noticed his son’s passion for racing at a young age.

“Ever since 5 or 6 he’s always had a fascination with things that moved,” said Roger Caruth.

When Caruth was 9, his dad gave him a 600-page NASCAR textbook. He absorbed the information in the book page by page, becoming a student of the sport.

No one in the family was knowledgeable about NASCAR. Caruth, who grew up in Atlanta with his younger sister, Liyah Caruth, picked it up on his own. He educated his family on racing.

“I still don’t know probably a fraction to what he knows,” Roger Caruth said. “He can tell you anything from sponsors, paid fees, tracks, you name it.”

It was only a matter of time, his father said, that his son would be behind the wheel of a race car.

Rev Racing gave him the opportunity

“Wanted to see if that talent could translate and his transition has been incredible,” Siegel said. “It gives us another avenue to communicate and get in front of young people and people of color in a way to introduce the sport without the total expense.”

Rev Racing is an independent race team based in Concord, North Carolina. The company has been developing athletes for the past 12 years. The Drive for Diversity program for female and minority pit crew athletes is its leading development program.

In 2004, when the program was first created, Rev Racing focused on attracting students from HBCUs. Siegel’s wife attended Spelman and his mother-in-law teaches at Morehouse. He recognized the absence of African Americans in motorsports, either because they didn’t consider opportunities in NASCAR or knew nothing of them. So his goal was to go not only to HBCUs, but other college campuses to try to attract minority athletes all across the country.

“When we first started, we didn’t have any minority drivers in the national touring series for the program, and I think we only had one or two crew members,” Siegel said.

Since then, they have been able to place 50 crew members, including stars such as Wallace, Kyle Larson and Daniel Suarez. This year, Rev Racing had a record number of applicants.

“We’ve just scratched the surface,” Siegel said. “But I’d like to see as many young people to get excited about the sport at a young age.”

Now there are role models

Growing up, Caruth was a big Jimmie Johnson fan. “I admired how he treated sponsors and fellow competitors on and off the racetrack,” Caruth said. Then along came William Darrell Wallace Jr., known as “Bubba” Wallace.

“Him taking good stances of social justice movements is something I admired,” Caruth said. “With him rising to stardom and going through trials and tribulations, I couldn’t help but be inspired by him.”

Caruth also is an inspiration himself. He said he sometimes receives messages through Instagram from people who say they are inspired by what he does.

“It’s been really cool. I wouldn’t have imagined anything like this to happen at all.”