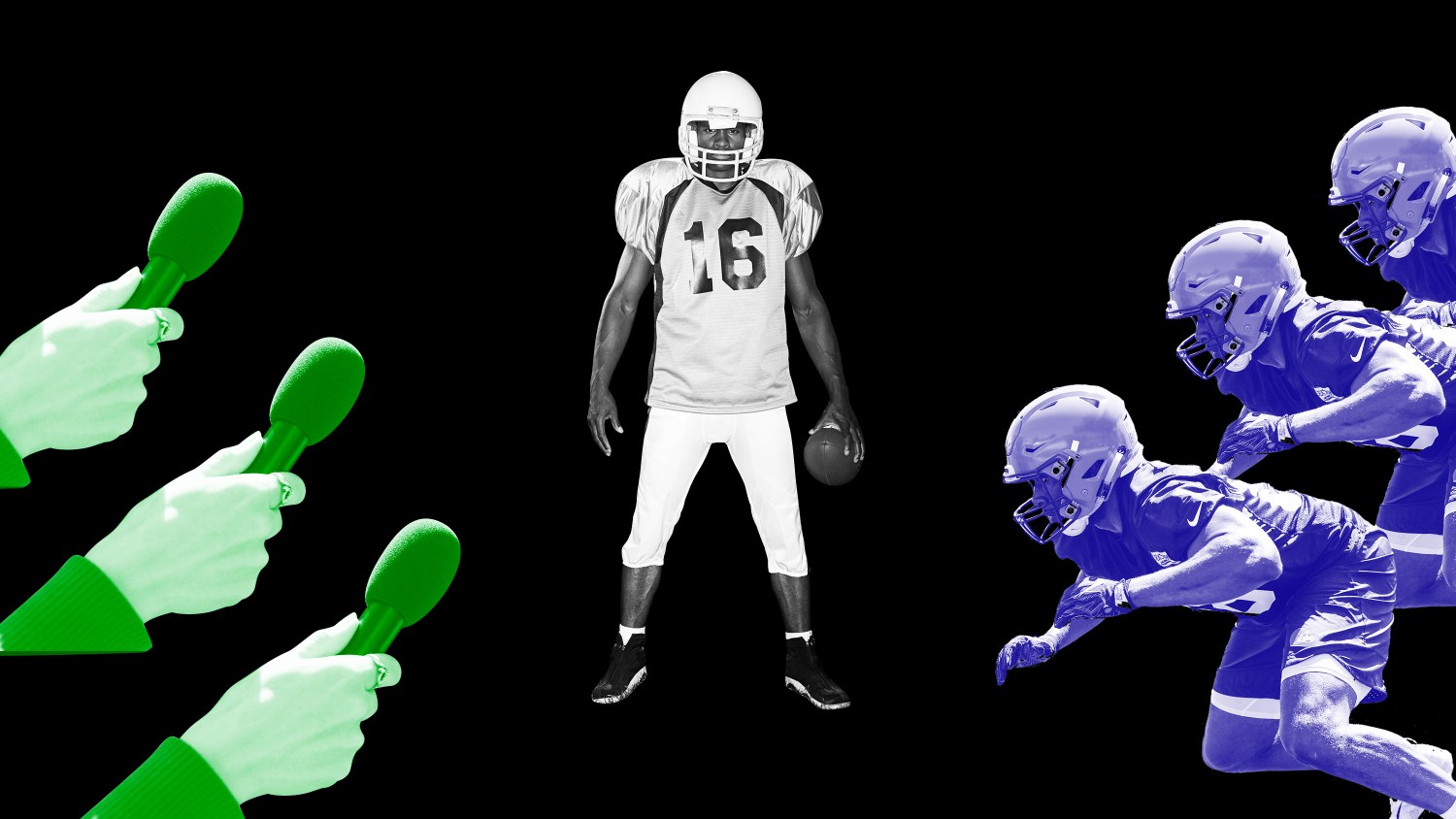 Reminder: The perils of sports are not just on the field

As a journalist, I have little patience for people — athletes to team owners, sheriffs to presidents — who seek to bully and disrespect the media. Despite being reviled across the political spectrum, America’s mainstream journalists go where others can’t. We see what others don’t. And we help illuminate a world threatened by darkness and confusion.

And yet, with NFL training camps open, I hope the players will be more artful in dodging one perennial circumstance that reporters and pundits present: I’d like to see players resist assailing other players’ off-field behavior and say something like the following: “Every day, I wake up and struggle to live the way I think people should. If I can help anyone be his best self, I’ll do what I can. But I don’t intend to be a public scold. I know about falling short. Every honest person does. More important, I know that there are many ways for folks to be good people, not just the way I’ve chosen.”

To be sure, NFL players, like people in all walks of life, have a responsibility to set high standards of personal conduct that they seek to adhere to and inspire others to follow. Unlike in the Waylon Jennings school of country music, the NFL is no place for would-be outlaws and desperadoes. Some behavior, most particularly violence against women, can never be accepted or shrugged away.

But I’ve never made a meaningful improvement in my life that was prompted by a public scolding by one of my peers or a superior. I don’t think pro football players do either. Have you?

As always, NFL players face great peril. They labor in a brutal and violent sport. One play could end a career. One play could end a player’s time as a healthy person. One off-field misadventure, one bite out of a shiny yet rotten apple of self-indulgence and moral corruption, could result in a player being cast out of the Eden he’s worked so hard to inhabit.

But I’ve never made a meaningful improvement in my life that was prompted by a public scolding by one of my peers or a superior. I don’t think pro football players do either. Have you?

That’s because too often NFL players fail to balance the value/trouble equation: They fail to accurately calculate how much trouble their talent, skill and value to their teams will allow them to get into and continue their NFL careers.

Furthermore, I know that the difference between triumph and disaster is wrapped in a ball that spins on the wheel of fate.

Each year, NFL fans bet on the players to take their favorite franchise to the promised land: the Super Bowl. Last season, the Philadelphia Eagles went all the way and their fans went with them. Somewhere on Philly’s South Broad Street, there is probably a fan or two still celebrating.

Each year, the onset of a new NFL season fills me with excitement. The best players are so talented and skilled. The best coaches are so well-prepared and sharply focused.

With all its danger and heartbreak, the NFL gives its fans so many thrills from late summer to midwinter. Consequently, I think players deserve public praise or condemnation for their play and behavior on the field.

But when they stumble off the field, I’d like the players to receive private counsel and a chance at redemption, especially from their peers.

At the very least, every player should emerge from his time in the NFL with his body, mind and reputation intact and a nice nest egg in his bank account. And many will, if they are lucky.