Rockets may have a new owner and it’s not Beyoncé

After a couple of months of media hoopla that surrounded Beyoncé Knowles Carter’s interest in buying a stake in the Houston Rockets, the team will soon have a new owner, pending approval from the NBA board of governors.

The Rockets announced Tuesday that current owner Leslie Alexander agreed to sell the team to Tilman Firtitta, Houston billionaire and owner of Landry’s and Golden Nugget Casinos and Hotels, for $2.2 billion.

The announcement of the sale tops the ranks of NBA franchise ownership deals, a league source told ESPN’s Adrian Wojnarowski, even better than the $2 billion Steve Ballmer paid for the Los Angeles Clippers in 2014.

Firtitta originally made an offer to purchase the Rockets in 1993 for $81 million but it was sold to Alexander for $85 million. Firtitta is no stranger to sports as he was also an original investor in the NFL’s Houston Texans. He said he has no plans to move the team.

Terms of the sale were not disclosed, but it includes the operation of the Toyota Center. Fertitta has no other partners in connection with the transaction.

“I am truly honored to have been chosen as the next owner of the Houston Rockets,” said Fertitta, a native of Galveston, Texas, and a lifelong resident of the Houston area. “This is a lifelong dream come true. Leslie Alexander has been one of the best owners in all of sports, and I thank him immensely for this opportunity. He has the heart of a champion. Lastly, out of respect for the NBA’s approval process, I can say no more other than I am overwhelmed with emotion to have this opportunity in my beloved city of Houston.”

Alexander said he’s excited to welcome and pass the torch to Fertitta.

“He is a Houstonian, business leader and committed to the success and excellence of the Rockets both on and off the basketball court,” said Alexander. “I have personally known Tilman for over 24 years and don’t think I could have found anyone more capable of continuing the winning tradition of our Houston Rockets.” 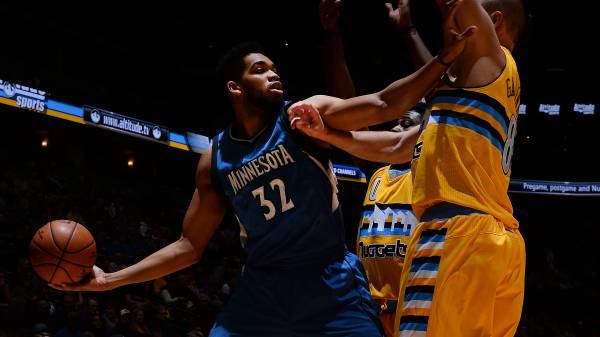 The sale process started back in July. Fertitta told KRIV-Fox 26 earlier this year that he was interested in buying the Rockets after Alexander announced that the franchise was for sale. In February, Forbes Magazine valued the Rockets franchise at $1.65 billion — good for eighth in the NBA — with revenues of $244 million.

If Fertitta’s purchase is approved by the NBA, his hotel and casino will not be able to offer betting on Rockets games, ESPN’s Darren Rovell reported.

The Rockets won the NBA title in the first two seasons after Alexander bought the team. In 24 seasons under Alexander’s ownership, the Rockets have won 56.9 percent of their games, fifth-best in the league.