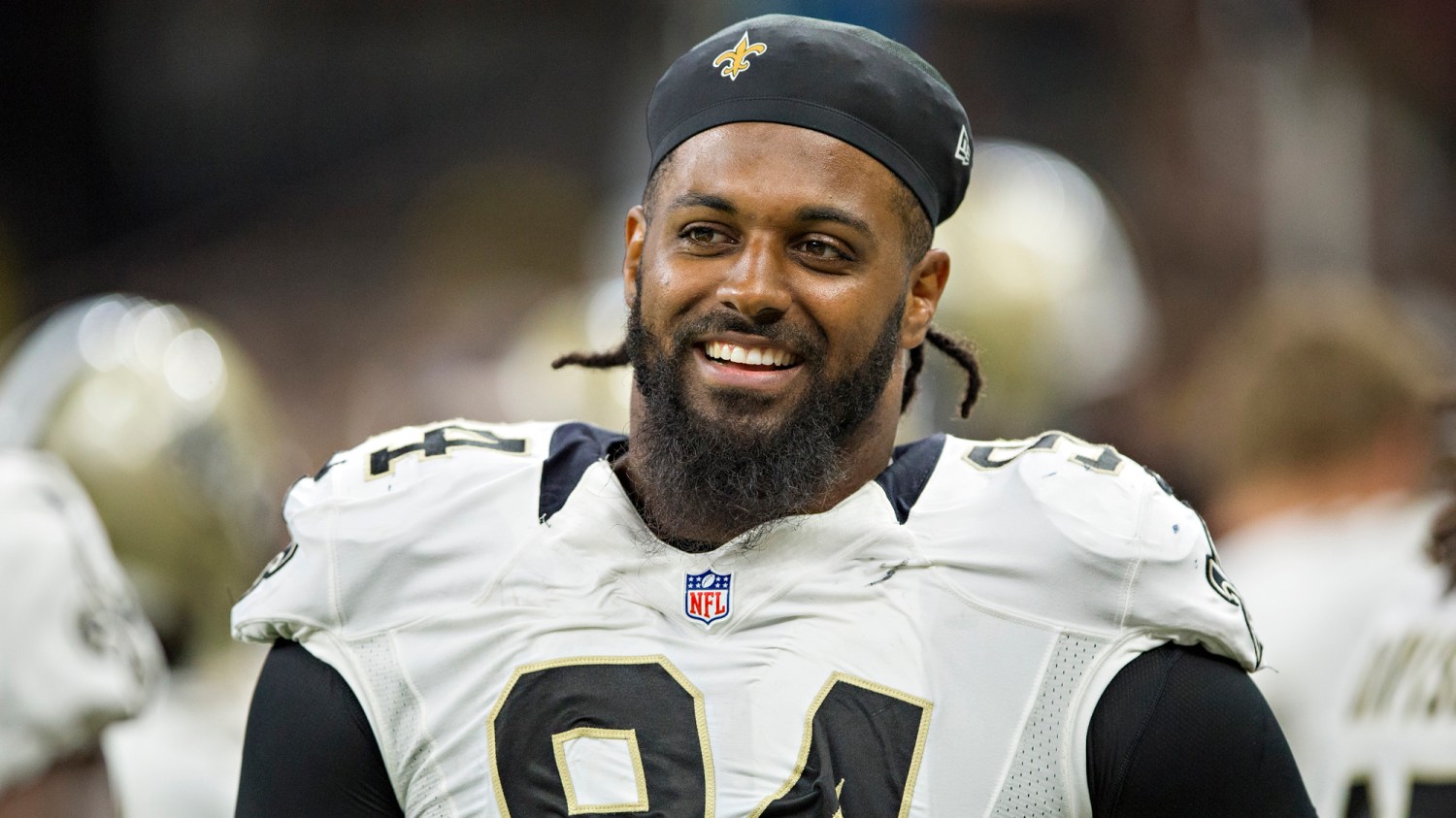 A few days before Cameron Jordan rejected five passes that helped lead his team, the New Orleans Saints, to a 31-9 victory over the New York Jets, he’d visited a high school in the Louisiana area “on the West Bank.”

It’s his Tuesday ritual — going into the community to visit high schools or hospitals, or showing his face and lending a hand to any community event — something he’s faithfully done since his rookie season. Giving of himself to serve or encourage others is a habit Jordan learned from his father, six-time Pro Bowler Steve Jordan, who instilled great values and work ethic in him on and off the field.

Cameron Jordan is now up for the Walter Payton NFL Man of the Year Award, and he is elated about the possibility of ranking No. 1 out of the 32 nominees. The NFL recently announced the nominees for the award, which gives honor to a player who exemplifies the league’s commitment to philanthropy and community impact. Finalists will be announced in January.

Giving back comes naturally to the 28-year-old. Since being drafted by the Saints in the first round of the 2011 NFL draft, he has participated in at least one but sometimes multiple weekly community events as he has evolved into a defensive starter, captain, Pro Bowler and nationally recognized player.

Whether his participation has been team-related or sponsored by a community partner, a teammate or a fan, he’s remained selfless. For the past four years, Jordan has been the face of the Saints Kids Club. He spends several hours during the summer working with kids who take part in the Saints Community Patrol Summer Camps. He also delivers several motivational speeches to youth and high school students.

Each Man of the Year nominee will receive two Super Bowl LII tickets to give away to fans and community heroes. The five current players who have won the award are Drew Brees, Thomas Davis, Larry Fitzgerald, Eli Manning and Jason Witten. All 2017 nominees, including Jordan, have donned a Man of the Year helmet decal since the announcement was made in early December, and they will sport it through the end of the season in recognition of their accomplishments on and off the field. This tradition will continue for future nominees and winners of the award.

“NFL players are outstanding, generous men of character who give back to their communities,” NFL commissioner Roger Goodell said in a press release.

“Walter Payton represented the very best on and off the field and this year’s Man of the Year nominees exemplify his legacy of philanthropy and leadership. We are proud to support players as they use their platforms to drive positive change.”

In between practice and community events, The Undefeated caught up with Jordan about the driving force behind caring for the community.

What inspires you to donate your time and effort on a weekly basis to the community?

You know, if anything, I give credit to my dad. For as far back as I can remember, he’s always gave back to the surrounding community of Minnesota when he was playing, and Arizona, where we moved to after, where he’s from. He’s made an emphasis in his life just to give back just as much as he’s gotten from life. That’s a lot.

At the end of the day, I’m doing it because it’s the right thing to do. It’s a thing that can help a kid, will come back to me.

I’m not saying I’m the foundation — just a brick.

What’s your most meaningful cause to give your time to?

How do you balance being such a prolific football player and contributor to the team, and such a wonderful role model and community member?

I don’t know. That’s a great question because in terms of everything I do, I always want to feel like I can do more. We talk about there’s guys who’ve started a foundation, and as much as I talk about I could start my own foundation, is that also that, if I start my foundation, this is what you sort of have to stick to.

I guess it completely makes my possibilities limitless. … Me and [Saints wide receiver] Mike Thomas are doing this event Friday for the battered women’s shelter, where we’re going to take a whole bunch of families out there. It was basically just coming to each other, like, ‘Hey what can we do?’ This is an event that the Saints have helped people in the past. This is something that we can pick up and make it our own. Just whether that be going to Target and giving out gifts. Whether that be … whatever we can do, whatever we so set our minds to, that’s what we can accomplish.

What’s the hardest thing you’ve ever had to see in the community?

Anytime you do a hospital visit, anytime you talk about seeing an intensive care unit. It’s one thing to go and talk to kids, be able to see that life force, that active, vibrant energy in all aspects of life. Then you go around and you turn to a hospital visit. You see kids that are super young, months old to a couple years old, that haven’t even had a fraction of a life that you have. The empathy that you feel toward that family is just that much more genuine.

What’s the best piece of advice your father has ever given you about philanthropy?

He never did it for any recognition as well. It’s just something that you assume upon yourself.

There’s so many moments to be proud of that, as a kid, you just don’t pick up on that. As a man now, I realize how much he did. So it’s just easy enough to assimilate into the role of ‘What can I do for my community?’ As much as I try to say I’m my own man, I was molded by a perfect situation. I had a loving mother. My mom was like … she believes in the golden rule. She believes in Jesus. She believes in showing God’s light through a person.

Then you talk about my dad, who of course believes in always trying to teach the next generation, whether that be my first cousins, or my second cousins, or the random kids from our high school that just look like they may need some help. My dad was always there for that.

For more information on the nominees and the award, visit NFL.com/manoftheyear.