Say goodbye to Colin Kaepernick as an NFL player

For a long stretch, teams have moved away from the free-agent quarterback. They’ll be in full sprint mode now.

NEW YORK — Colin Kaepernick has as much chance of playing quarterback again in the NFL as a police officer would of being convicted of killing a black man.

After the accomplished-yet-unemployed passer filed a grievance under the NFL’s collective bargaining agreement alleging that owners have conspired to keep him out of the league, he has reached the end of the road as a player. The door has been shut, nailed closed and hermetically sealed.

Kaepernick couldn’t find work before he signaled his intent to take his fight against the NFL from the court of public opinion to an actual court. He also chose to go to war with the league during the same week in which owners kick off meetings here Tuesday largely to finally tackle the divisiveness of leaguewide protests during the national anthem. As a member of the San Francisco 49ers in 2016, Kaepernick ignited the movement by first sitting and then kneeling to shine a light on racial injustice in the U.S.

The players who followed Kaepernick in taking a knee continue to cause fits for commissioner Roger Goodell and the billionaire owners he serves. As owners and other top league decision-makers attempt to bring closure to one of its biggest public relations disasters in league history — as well as develop a plan that will support players who have remained steadfast in pursuing their agenda, despite strong public opposition – they’ll operate with Kaepernick casting an even larger and potentially more damaging shadow over their efforts.

For a long stretch, teams have moved away from Kaepernick. They’ll be in full sprint mode now.

Pursuing legal action against professional sports’ most powerful league can be as detrimental as one might imagine to one’s career, and Kaepernick’s had already stalled for some time without any clear path to restarting. In a better world, Kaepernick wouldn’t face retaliation from owners for merely exercising his rights as a member of the NFL Players Association. In this universe, however, people hold grudges. And in a better world, perhaps Kaepernick wouldn’t have felt compelled to kneel.

For Kaepernick to win, he’ll have to prove that at least two teams acted together to derail his career. Even if Kaepernick does beat the league — which, legal experts say, will be difficult to do — that doesn’t mean he’ll get another gig running an offense. Teams can’t be compelled to sign a player.

For a long stretch, teams have moved away from Kaepernick. They’ll be in full sprint mode now.

Of course, Kaepernick went into this with his eyes wide-open. He realized he was taking a controversial stance. He knew his form of protest would be wildly unpopular with many fans. Kaepernick understood that if he kneeled to stand up for others, he would become a target.

What if Colin Kaepernick were signed today?

“Like I said from the beginning: I knew the consequences of what could come from this,” Kaepernick said last season after his return to the starting lineup in mid-October. “I was prepared for that. … The message carries weight because people realize what’s happening and that it is something that needs to be addressed.

Kaepernick has largely remained silent while civil rights activists and other NFL players have claimed he was being blackballed. He preferred to stay on the grind training, believing that, at some point, some team would want a 29-year-old signal-caller who has started in two NFC championship games and a Super Bowl, has the experience that comes with making 58 career starts overall and has the fifth-best touchdowns-to-interceptions ratio of all time.

The belief among some front-office officials and coaches around the league was that Kaepernick wouldn’t pursue legal options as long as he believed he had a chance to get a job. The NFL is in Week 6. Since Kaepernick opted out of his contract with San Francisco in March, 39 quarterbacks have signed with teams, including some who have no business being on an NFL sideline, let alone being an injury or two away from actually playing. 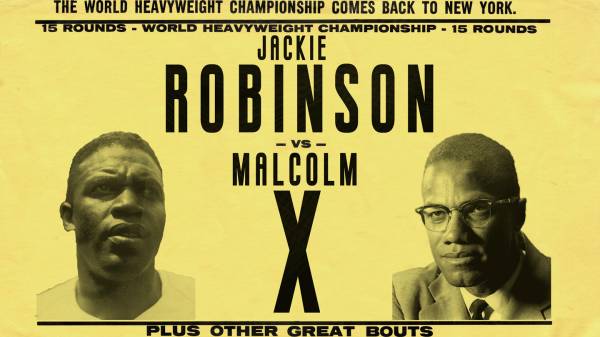 The absurdity of Kaepernick being on the outside looking in while far less-accomplished passers earn NFL game checks is, well, barely conceivable. But that’s where Kaepernick is.

Kaepernick made his choice. He determined that being on the right side of history and using his platform to try to effect social change was more important to him than simply toeing the line to keep his job. It’s called being a leader.