Sean Combs as an NFL owner? We check Diddy’s receipts

His record in music, clothing, liquor and beyond shows the mogul’s leadership style

Nothing would do more “for the culture” than Sean Combs buying the NFL’s Carolina Panthers. From changing the power balance on player protests to addressing echoes of plantation labor, Combs would represent a quantum leap for the movement of African-Americans from playing field to owner’s box.

It may seem like a Hail Mary for the swaggering, 48-year-old hip-hop mogul to gain entry into one of capitalism’s whitest clubs. But we’re talking about a man who built an $820 million fortune from the lyrical gifts of a 395-pound crack seller with one lazy eye. So we have to ask: If Combs could secure a controlling interest in the $2.3 billion Carolina franchise, what kind of owner would he be?

How would Diddy Combs’ success selling music, clothes, lifestyle and liquor translate to winning football games? What does his management track record say about his chances to identify and retain talent? How would he address the NFL’s many problems? Not to mention, could the fresh-to-death inventor of the shiny suit cut down on Panthers quarterback Cam Newton’s fashion fumbles?

Twenty-five years after he came of age amid the violence of the ’90s rap game, plenty of penalty flags have been thrown at Combs. The NFL, which has no black majority owners — there are only five nonwhite majority owners in the four major pro sports — might be wary.

Combs has rejected accusations by a gang leader that he requested the 1996 murder of Tupac Shakur. In 1999, he was acquitted of all charges in a club shootout that sent his top rapper to prison — the same year he allegedly beat down record executive Steve Stoute over a rap video. In 2015, he was accused of assaulting a football coach at UCLA, where his son was playing, but prosecutors declined to file charges. Perhaps most relevant to the Panthers sale, which was prompted by sexual harassment accusations against owner Jerry Richardson, is a May lawsuit by a former chef claiming she was subjected to sexual conversation and activity at Combs’ home. A Combs spokesperson called it a “frivolous lawsuit” from someone who had been “fired for cause.”

What you won’t find on Combs’ resume, though, are losses in the business column.

He has risen from delivering newspapers to become hip-hop’s highest earner. His empire spans TV shows such as MTV’s Making the Band, films such as Dope and Mandela: Long Walk to Freedom, cologne, restaurants, a charter school and the Revolt cable TV network.

We’re talking about a man who built an $820 million fortune from the lyrical gifts of a 395-pound crack seller with one lazy eye.

Many of the most successful NFL brands are inseparable from their owners. Jerry Jones’ do-it-big Cowboys, the Rooneys’ blue-collar Steelers. Even after Al Davis’ death, the Oakland Raiders remain renegades. A Diddy-owned Panthers would inevitably take on a Diddy identity. His biggest three brands — Bad Boy Entertainment, Sean John clothing and Ciroc vodka — were fueled by the force of his own personality and ever-changing monikers, from Puff Daddy to Ciroc Obama.

“The NFL is the Big Show. They call it that for a reason,” said Keith Clinkscales, former CEO of Combs’ Revolt network. “Sean is a master of the Big Show.”

That’s why when Combs broadcast Monday on Twitter and Instagram that he’d like to buy the team, repeating a long-held aspiration, some people took it seriously. Here are his receipts:

The hustle and grind is one of Combs’ biggest talents. The man is a stranger to sleep. He broke into the music business while a student at Howard University, waking before dawn to catch the train from Washington, D.C., to New York City for an internship with Uptown Records. This drive could resonate with a football coaching culture that prides itself on 100-hour workweeks.

After changing the course of music through the Uptown sounds of Mary J. Blige and Jodeci — we are still vibing today to their brand of “hip-hop soul” — Combs launched Bad Boy Entertainment in 1994 with a banging Craig Mack single and the legendary lyrics of Notorious B.I.G. This was the era when hip-hop entered and then conquered mainstream music and culture. Combs, as much as anyone, deserves credit for cracking that code. Although his accessible style was criticized at the time by hip-hop purists, history has proven that he went pop in an authentic way, with an intuitive understanding of the relationship between black culture and white America. That experience could translate to maintaining relevance and attention for a league with 70 percent black players and a 70 percent white audience.

The Bad Boy era also cemented Combs’ aggressive, hands-on leadership style. He was known to leap onto conference room tables to make his point. He embraced the spotlight, appearing in his artists’ videos and talking over their records. “He might buy the team and be the coach at the same time,” said Rob Stone, founder of Fader Media and the Cornerstone marketing firm, who worked with Combs during the Bad Boy days. “I would bet on him to give the best halftime speech too.”

Stone recalled a frenzied backstage scene before a Los Angeles concert in the 1990s. Performers running back and forth, managers yelling, people nervous about the brewing East-West beef. Things seemed ready to go off the rails when Combs called everyone together.

“It turned into complete silence,” Stone said. “Puff had this look in his eyes of intensity. Everyone held hands, he led us in prayer and brought us together. You felt everyone’s heartbeat come down. Then he walked us through what we were going to do. After that you felt everyone had an intensity and a calmness, where five minutes before it was chaos.”

The fashion world threw much shade when Combs launched his eponymous clothing line in 1998. Today it’s a critical and commercial success, grossing as much as $525 million per year. His first hire was fashion veteran Jeff Tweedy, who remains with the brand, an indication that Combs might be able to seek and retain the type of football minds needed to win games.

Many other fashion labels sprang from hip-hop, from Cross Colours and FUBU to Jay-Z’s Rocawear and Russell Simmons’ Phat Farm. Sean John outperformed them all. It has fans from the mainstream Macy’s crowd to the Paris fashion elite, attracted by Combs “injecting fashion with his personal point of view,” wrote Washington Post fashion critic Robin Givhan.

Combs dubbed his strategy “fashion-tainment,” which emanated from the excitement and buzz generated by his ghetto-fabulous fashion shows. “When you add him to something, he’s jet fuel,” Stone said. “He’s relentless. All the characteristics it takes to win, he’s just amazing at it.”

Starting in 2007 with a 50-50 joint venture with liquor giant Diageo, which gives Combs half of all profits, Combs lifted Ciroc from annual sales of 120,000 cases to the neighborhood of 2 million.

This deal has filled Combs’ bank account at a time when music revenue is harder than ever to come by and kept him relevant without a stable of hot rappers. With alcohol and football as inseparable as beats and rhymes, Combs’ Ciroc experience could dovetail nicely with an NFL operation. 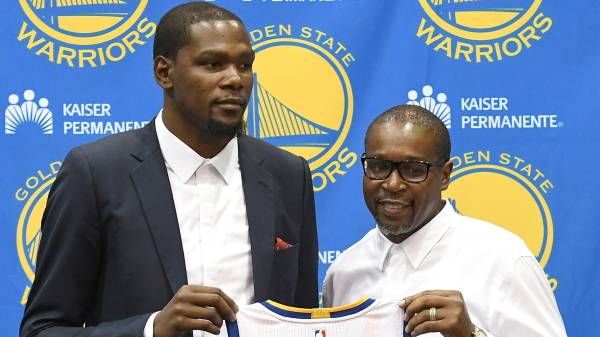 It may be a long shot for Combs to get the team. He doesn’t have enough cash on his own, and the NFL isn’t fond of ownership groups. Plus, it’s a private club that can reject whoever it wants. But it would be foolish to count Combs out. As the mission statement on his website reads:

“We chase big ideas with bold, creative actions. We know that if we work hard enough, and we truly believe in our vision, there is no way it won’t come true.”

“We aren’t afraid to do the things that nobody thinks are possible.”