It’s not just Steph and Klay, it’s happening in so many sports

Last year, Justify won horse racing’s Triple Crown and retired undefeated. He is a descendant of previous Triple Crown winners, including Seattle Slew, Secretariat and War Admiral. And he is a four-legged reminder of a trend that’s racing through elite pro sports: Justify, like his two-legged counterparts, is a descendant of former stars in his sport.

More and more athletes are entering the family business: sports. If current trends continue, we may see favorite son or daughter categories in The ESPYS or publications that look back on the year in sports.

In April’s NFL draft, Nick Bosa joined his brother, Joey, and father, John, as football players who were first-round draft picks. Earlier this month, Bobby Witt Sr. and Jr. became the first father-and-son duo to be picked among the first three selections in the Major League Baseball draft when Bobby Jr. was selected second overall by the Kansas City Royals. Meanwhile, Stephen Curry and Klay Thompson of the Golden State Warriors have led their team to its fifth consecutive NBA Finals. Both men’s fathers enjoyed long NBA careers.

Now it could be that sports scientists will discover a jump shot gene or pass rushing in the DNA of second-generation athletes. Perhaps the ability to hit major league pitching can be passed down too. Maybe there is something innate and inheritable that has led to multiple generations of Boones in baseball, the Mannings in football and the Unsers in auto racing.

But we know that Nick Bosa, Curry, baseball’s Vlad Guerrero Jr. (son of Hall of Famer Vlad Sr.) and other second-generation athletes had fathers who could show them the ropes in their chosen profession, which is to say that big-time sports, like other endeavors in our country, favor young people whose families can help them succeed and show them how.

At the same time, we see fathers — and it is mainly fathers — who seek to groom their sons or daughters for sports stardom: the Williams sisters in tennis or the Ball brothers in basketball, for example.

Of course, as society changes, so do our families: Would-be male sports stars such as Kevin Durant and Draymond Green are just two of many men inside and outside of sports who have been nurtured by strong, resourceful and resilient women, especially black women. And the NBA’s LeBron James continues to invent himself as a man, a father and a businessperson while withstanding the scrutiny and sometimes the scorn of the media. And, like legions of others outside of sports, he has done so without his biological father showing the way, a feat comparable to anything the Los Angeles Lakers forward pulls off on the basketball court.

The world of big-time sports appears so seductive and compelling that it is understandable when some fathers want a chance to see if they can endure the spotlight and not melt under its heat. 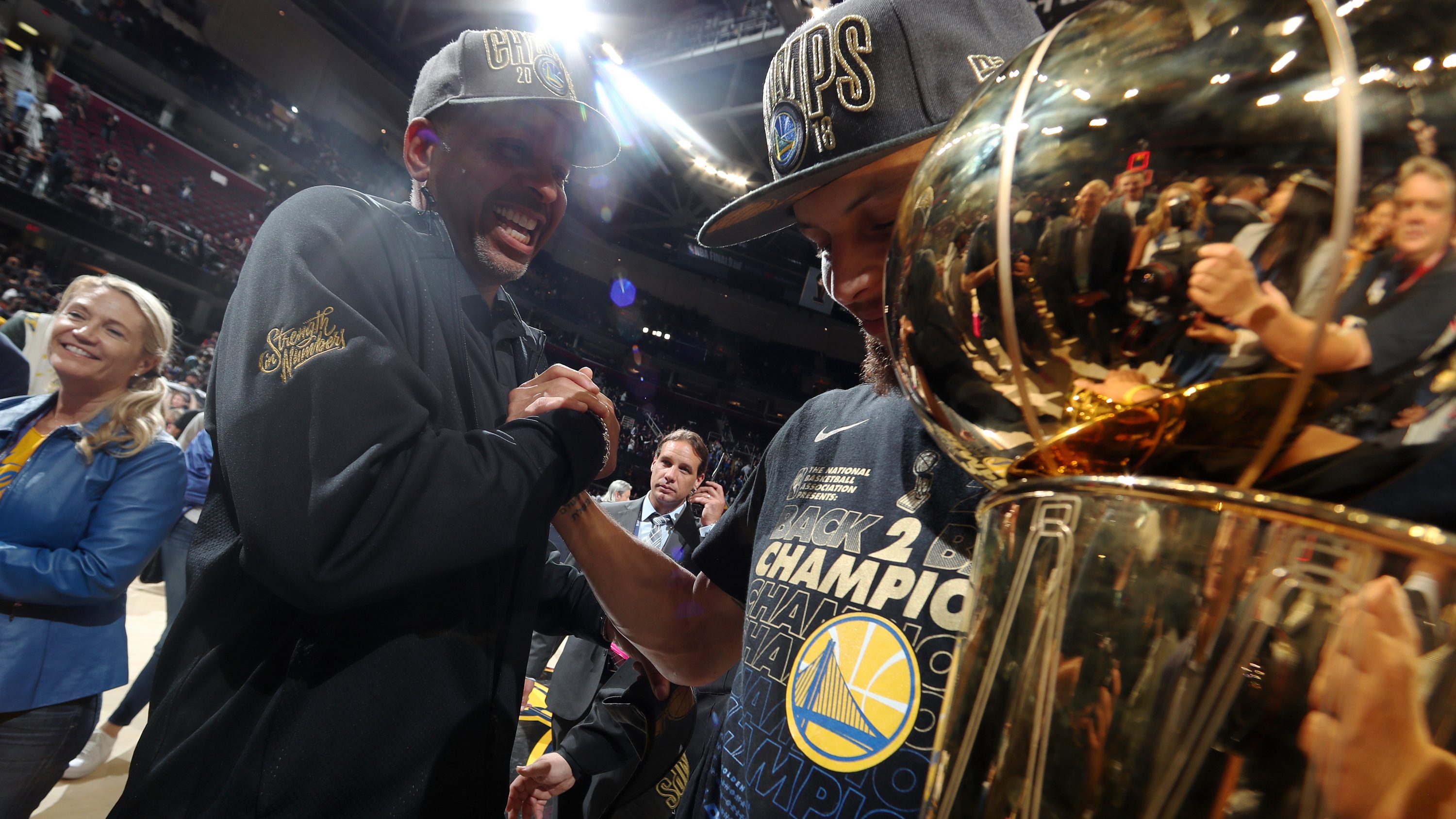 But fathers and others don’t have to resort to stunts such as catching a baseball in major league stands while holding a child (the stupid guy trick of sports fans) to get our attention. They can use sports and their ups and downs to give our children “the talk.” I’m talking about the one best delivered in a whispered but confident voice after our children lose a game. It is the one where the elders tell the children they can come back from defeat, they can withstand the end of the world and try again and again, that there can be triumph beyond numbers on the scoreboard.

Becoming good at delivering that talk might not land the elders on the sports highlight shows. But it could earn them a vote for most valuable dad, parent or guardian, at least in their households.