Shareef O’Neal: I’m glad this part is over

Shareef O’Neal thought he was heading to Arizona until a chain of events gave him the option to stay closer to home.

O’Neal decommitted from Arizona last week after ESPN reported that FBI wiretaps intercepted phone conversations between men’s basketball coach Sean Miller and agent Christian Dawkins discussing a $100,000 payment to get DeAndre Ayton to become a Wildcat. Miller denied the allegations on Thursday, saying he has never discussed a payment for a player with Dawkins or anyone else in his career, and called the report “defamatory.”

O’Neal, just as he has done his entire recruiting process, never panicked. It took the son of Basketball Hall of Famer Shaquille O’Neal just 72 hours to commit to staying home in Los Angeles to play for UCLA.

“The past couple of days have been hard with people saying a lot of mean things about me on social media, but my parents, especially my dad, let me make the decision on my own that was in my heart and best for me,” Shareef said. “I just wanted to stay close to home, so I decided to pick UCLA. Behind Arizona, UCLA was my original No. 2 choice, and USC was my original No. 3 choice because I really want to stay close to home, and I’m glad this part is over.”

Instead of running from the pressures that accompany being Shaq’s son, the younger O’Neal embraced following in his father’s footsteps and dreamed of becoming one of the best players in the nation. Now 18 years old and 6-foot-9, O’Neal’s dreams are becoming a reality, as he is known for having one of the best long-range shooting and rebounding skill sets in the country.

“It’s been hard to live through the spotlight at times, but my mom and dad support me in whatever I do — even if it’s not basketball,” Shareef said. “Being in the spotlight for so long just motivates me to be better in the big picture.”

Since jumping on national recruiters’ radars toward the end of his sophomore season, Shareef has received offers from Arizona, Baylor, USC, UCLA and his dad’s alma mater, LSU, to name a few. As Shareef has grown into his own man on and off the court, Shaq has enjoyed watching his son rise to stardom by doing things his way.

“I’m very happy as a father, and especially as a former basketball player, that I don’t have to call anyone and say, ‘Hey, offer my son a basketball scholarship,’ because he earned all these offers and recognition on his own,” Shaq said. “He did everything on his own and picked his school on his own, and I didn’t have any say about where he picked to go. Although he didn’t follow my path I’m proud of his decision, and this is where we are at.”

After his junior campaign, Shareef picked Arizona, where he was set to play with fellow star commits Jahvon Quinerly and Brandon Williams next fall.

Shareef raised his game on the Elite Youth Basketball League circuit by averaging 13.7 points and seven rebounds per game while playing for Cal Supreme last summer. He displayed a consistent jumper while dominating on both sides of the court against some of the best high school players in the nation.

A far contrast from Shaq, who used brute force and strength to become the most dominant center in NBA history.

“I just kind of try to play inside-out because I know the NBA game is very fast-paced and everybody can shoot outside and play inside,” Shareef said. “So I just based my game off players like Kevin Durant and players like him who can shoot and also attack the basket.”

With a father as legendary as Shaq, Shareef can seek guidance from some of the best players past and present. Those resources came in handy when Shareef, despite being ranked No. 28 overall in the ESPN 100 for the Class of 2018, was not picked to play in the prestigious McDonald’s All-American Game.

The snub was such a shock to many in the basketball community that everyone from LeBron James to Kobe Bryant reached out to Shareef. He took the snub in stride and produced a solid senior season to lead Santa Monica’s Crossroads School into the Southern Section 2AA championship game against Brentwood School on Saturday at Azusa Pacific University near Los Angeles. 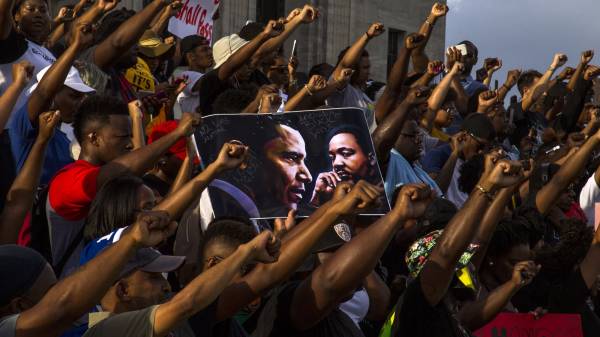 “It hurt, but that just motivated me even more because I really thought I should have made it,” O’Neal said. “Looking back, it was cool having a lot of NBA players reach out to me personally and letting me know they thought I should have made it or telling me their stories of getting looked over and using that as motivation to make it to the league. Now I’m over the hurt and focused on going to college and then heading to the league.”

“He handled things like a man, and that’s why when he called me asking for advice I told him I wasn’t giving any because he’s 18 now,” an excited Shaq said. “My father did the same thing for me, so I call this déjà vu parenting, and I know Shareef will be that much better of a person and player by doing this his own way and growing into his own man.”

Kendrick Johnson writes for a weekly newspaper and is an independent print journalist and sports television reporter who has covered the NBA Finals, NFL, NCAA football, MLB, NHL, championship boxing and UFC. He's done interviews with Kobe Bryant, Floyd Mayweather, Magic Johnson and some of the biggest names and personalities in sports