Sim Life with ‘NBA LIVE 18’: How will the Cavaliers look vs. the Celtics and Warriors when Isaiah Thomas returns?

LeBron James says he’s already visualized how Isaiah Thomas will fit in with the Cleveland Cavaliers when he returns from injury by playing video games. Since we’re all about that Sim Life, let’s do King James one better and see how Cleveland does against Golden State and Boston with all rosters injury-free (except for Gordon Hayward, since he is expected to miss the rest of the season). Of course, we’re turning to our good friends at EA Sports to let NBA LIVE 18 give us the answers. Let the fun begin.

You can never count out the heart of a champion. Despite trailing for most of the game, the Warriors rallied from 12 down to force overtime and Stephen Curry hit the game-winning bucket over Thomas as Golden State took the Finals rematch, 106-105.

Thomas’ impact was felt more on defense, as he helped hold Curry to 9-of-24 shooting, but the Baby-faced Assassin got the W. 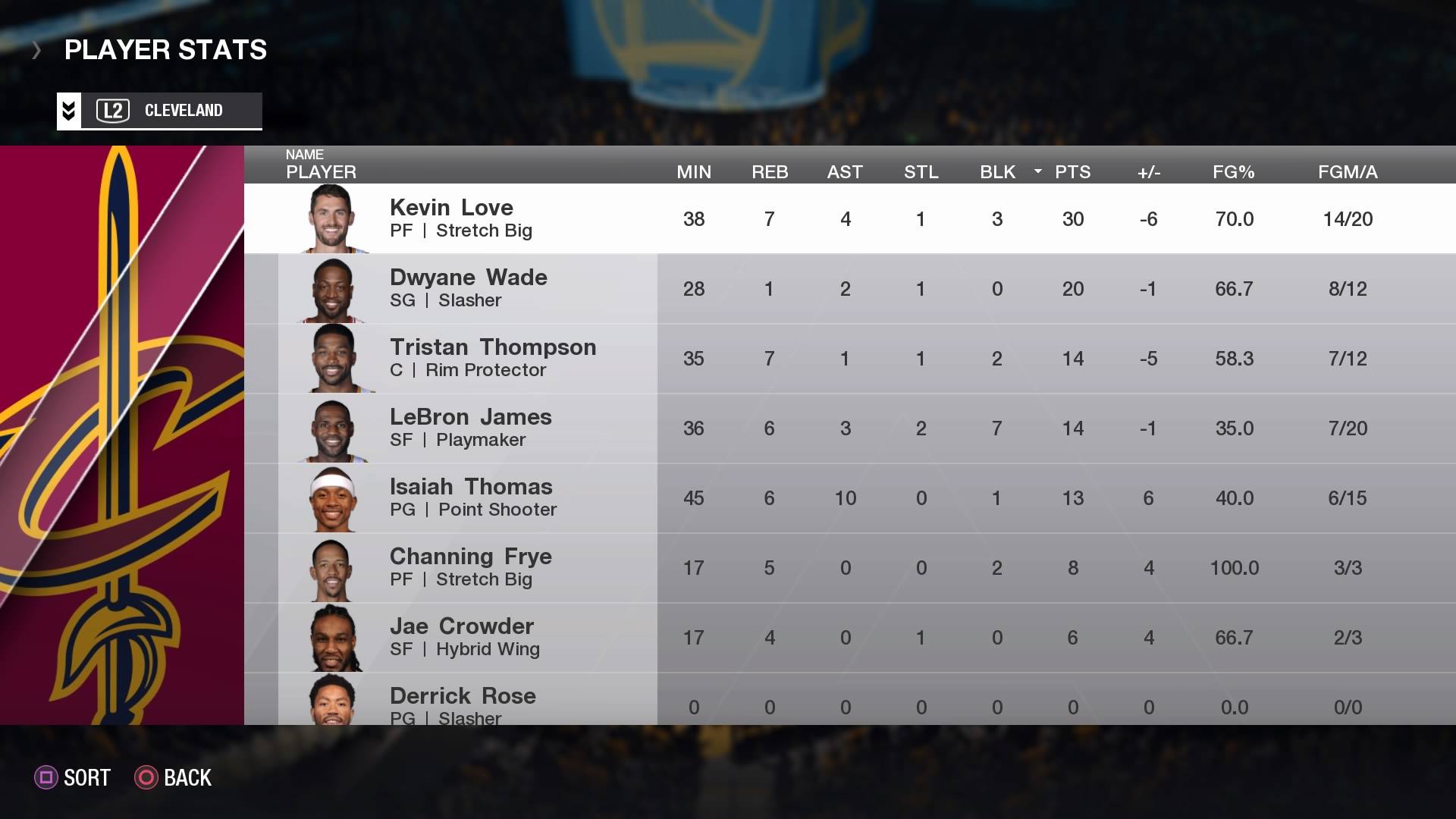 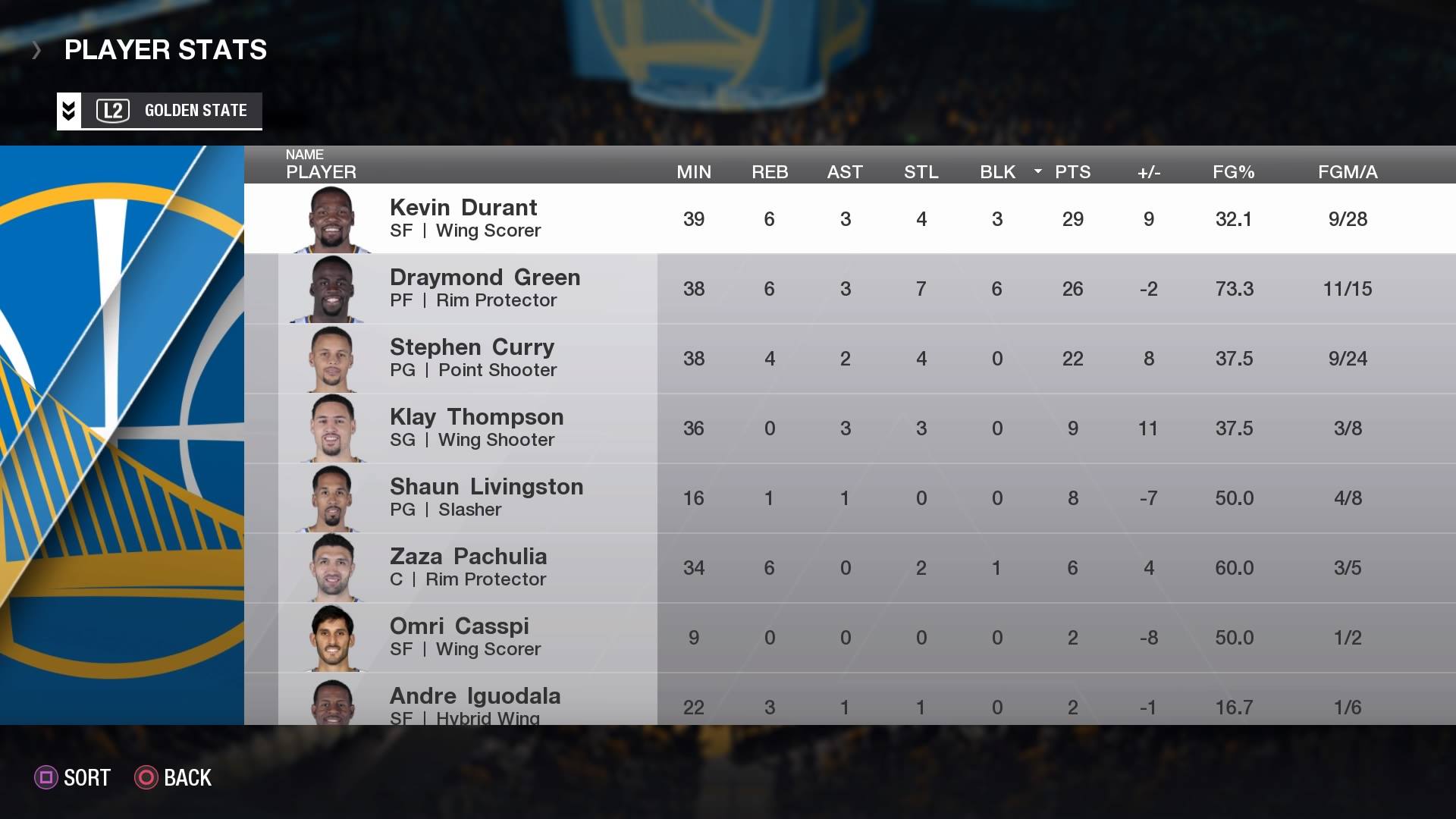 Kevin Durant led the Dubs with 29.

LeBron was so icy, but not in a good way. 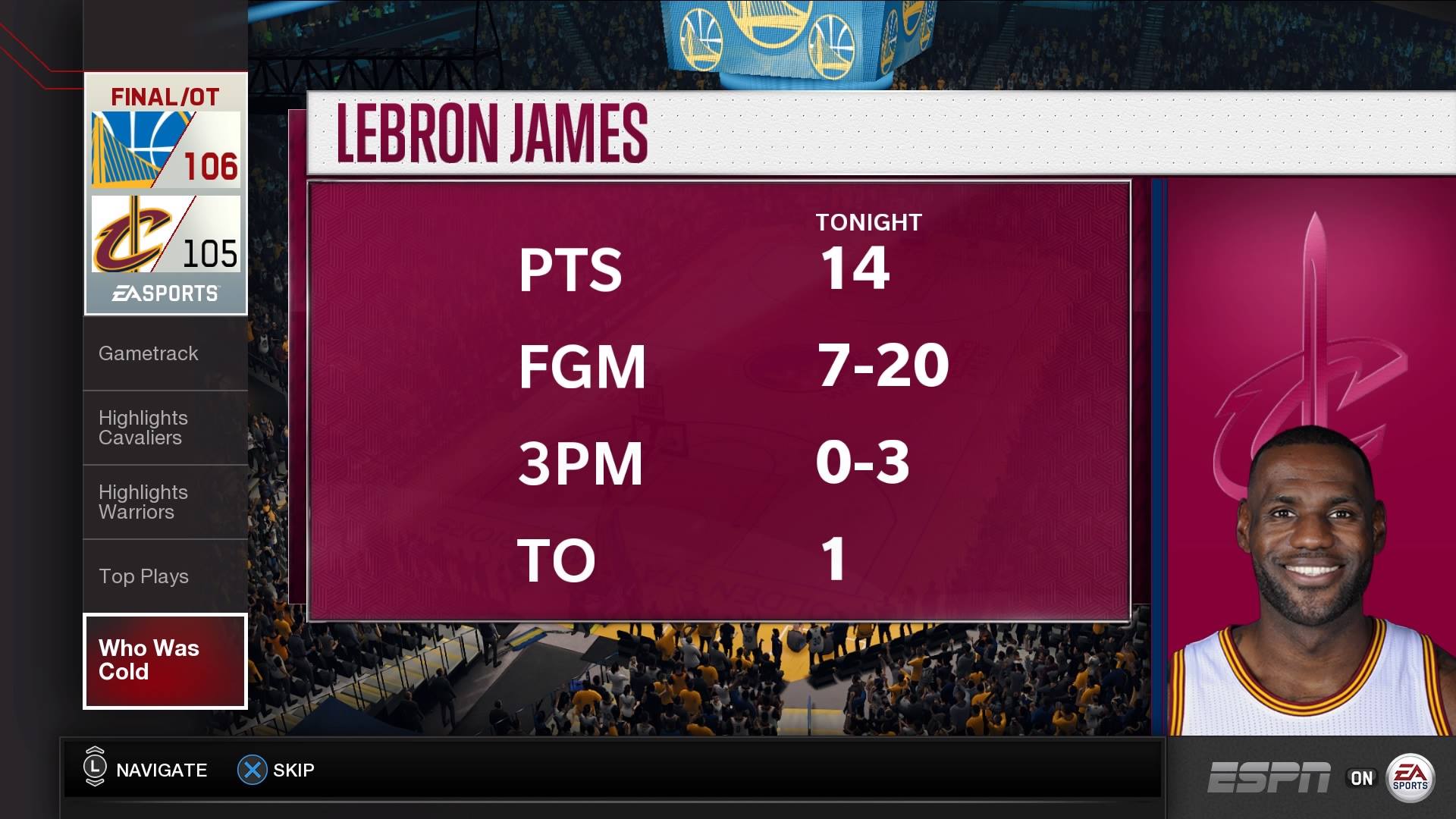 Kevin Love did his best to have the King’s back.

Kyrie Irving’s new squad fell to the James gang by three in the first meeting this season, so let’s see how this one goes when Thomas is added to the mix.

LeBron set the tone early and often, activating “Freight Train James” mode in scoring a team-high 30 points in the first half. Tristan Thompson came up big in the end, as his dunk with 11.7 seconds left allowed the Cavs to take it 104-102.

Kyrie had a chance to play hero but failed to hit the game winner.

Thomas looked right at home in his return to the Garden, hitting four 3s. 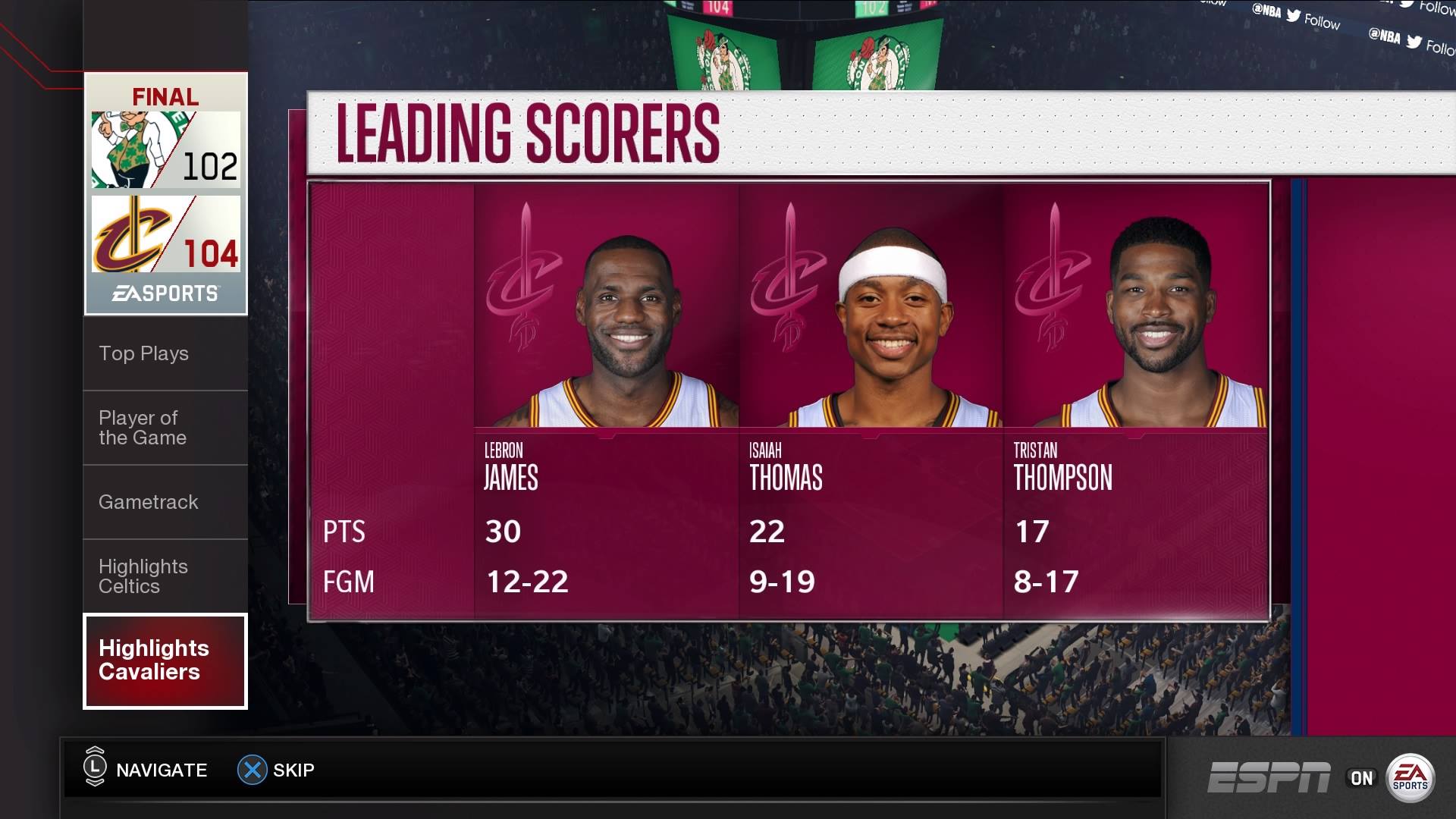 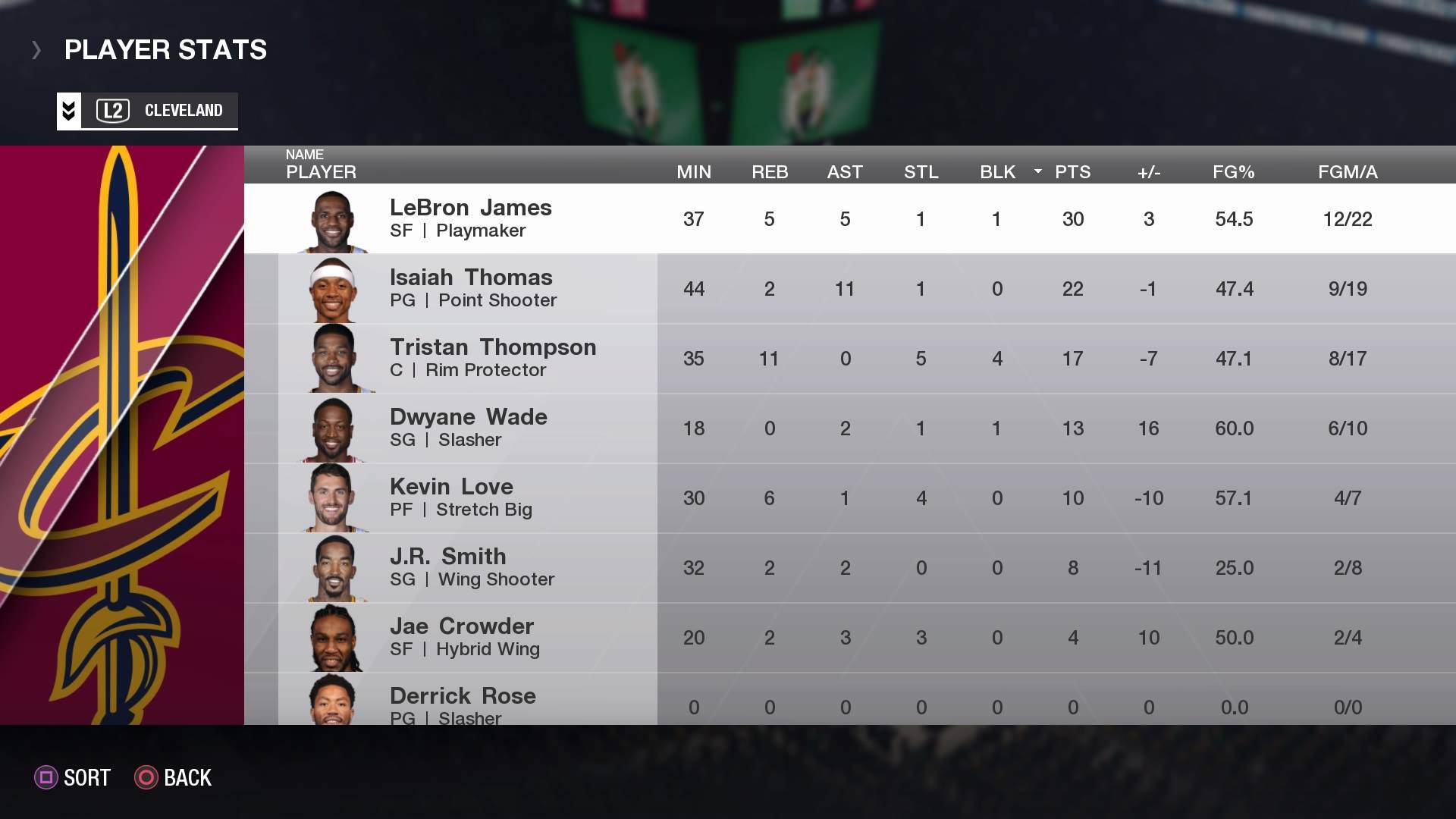 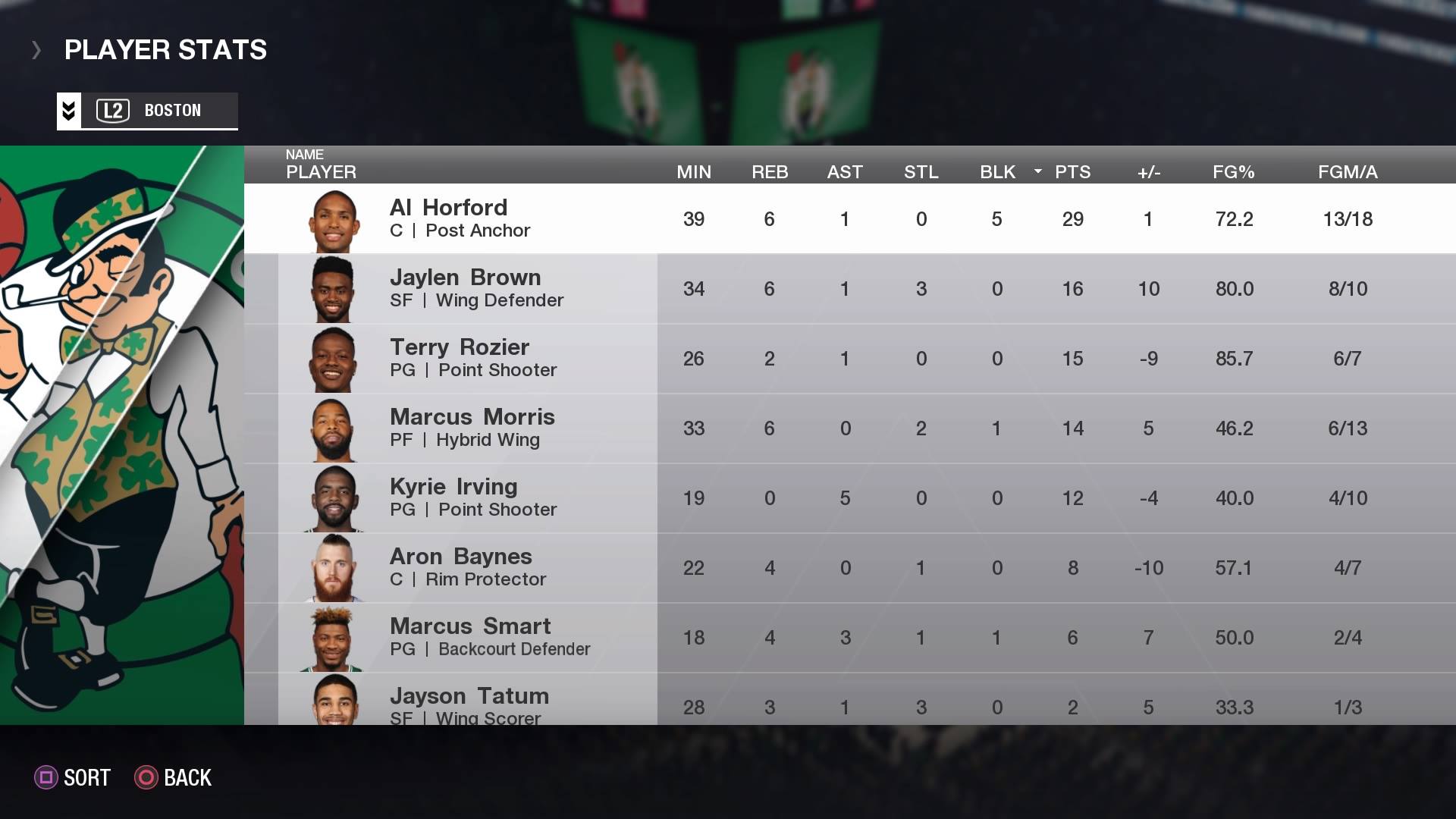