Big game on tap this week as the drama-filled Pittsburgh Steelers hit the road to face one of the league’s biggest surprises. Will Tampa Bay Buccaneer Ryan Fitzpatrick’s magic continue and finally settle who’s the real QB1 in Tampa? Let’s see what Madden NFL 19 has to say.

Dont let this distract you from the fact that the Steelers are the only winless team in the AFC North. https://t.co/13tpRlKLZF

The 4 stages of realizing that you ain't gettin your job back#FitzMagic pic.twitter.com/e2YsKyB0bD

In what turned out to be a defensive battle, Pittsburgh got the nod in this one, coming away with a 10-9 victory, thanks to placekicker Chris Boswell’s 22-yard, game-winning field goal with two seconds left.

Not a lot of Fitz magic in this one, and while Steelers quarterback Ben Roethlisberger had an up-and-down game, he was able to hook up with wide receiver Antonio Brown on a big 91-yard score in the third quarter. 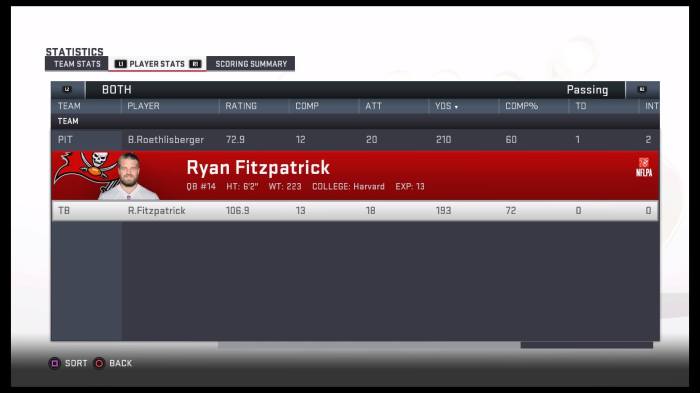 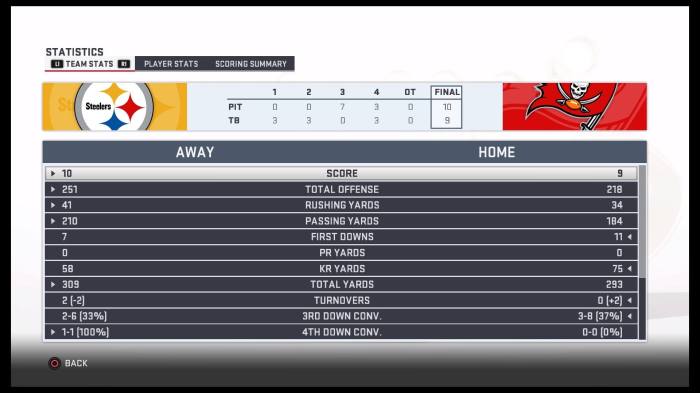 You can catch Monday Night Football at 8:15p et on ESPN and the ESPN app.