Before we get into Wednesday night’s slate of games, we’ve gotta once again big up EA Sports and the NBA LIVE 18 team, as the game has a perfect 6-0 mark for predicting the winners for ESPN’s games. In typical Undefeated fashion, let’s see how these latest matchups will shake out.

Lakers led from start to finish in a game that was nip and tuck but saw L.A. pull away late, thanks to the inside dominance of Brook Lopez. The big man scored 20 of his game-high 38 points in the second half as the Celtics saw their nine-game winning streak come to an end, 94-87. 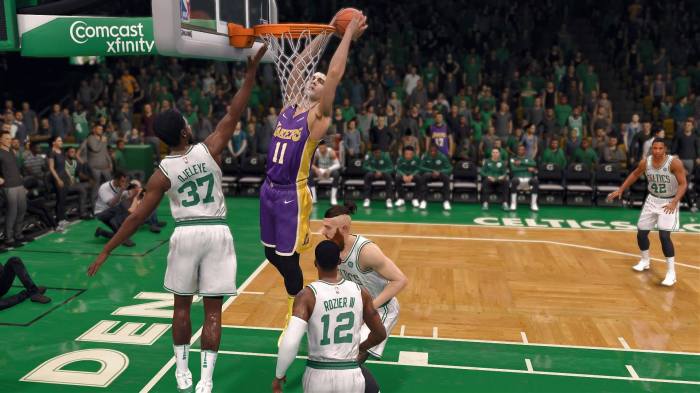 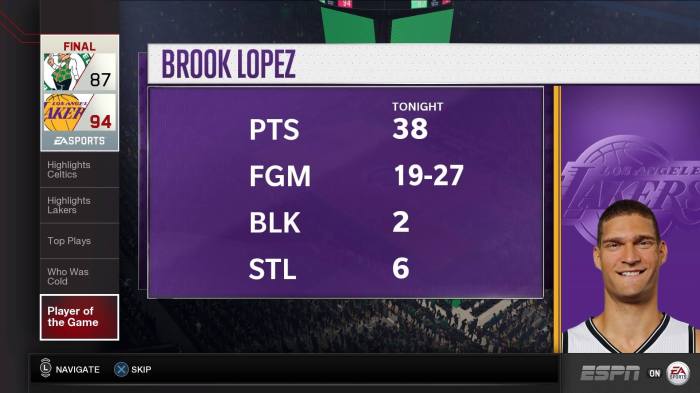 Lopez was a force in the paint on the offensive end and was a rock on defense. 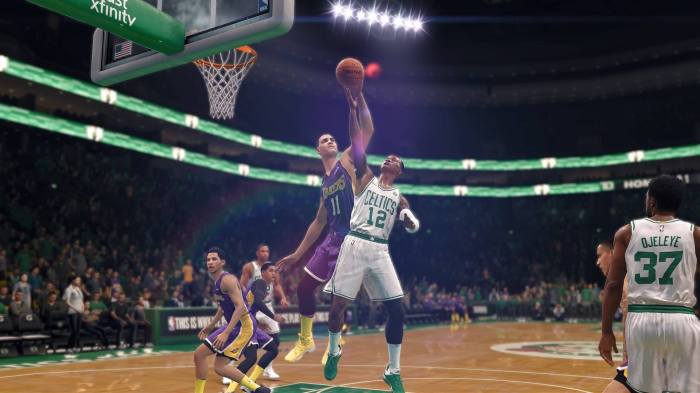 Kyrie Irving won the point guard scoring battle with Ball, 21-10, but hit just 7 of his 21 shots. 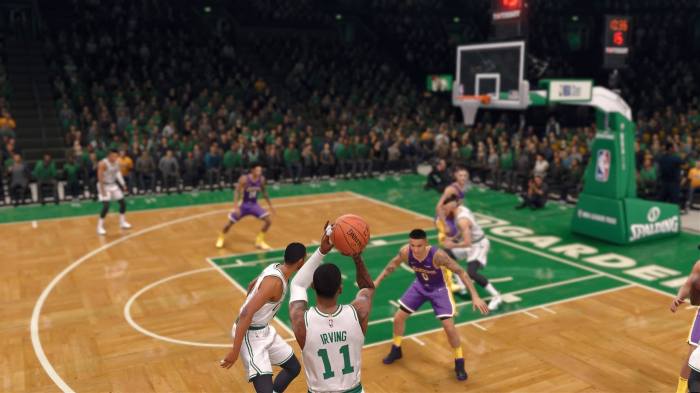 Ball finished with four assists in the win. 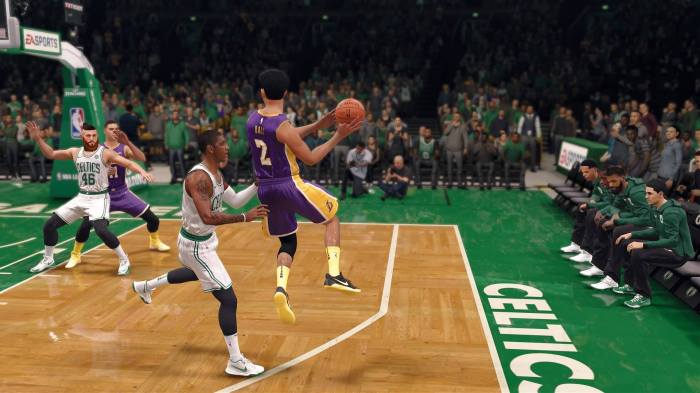 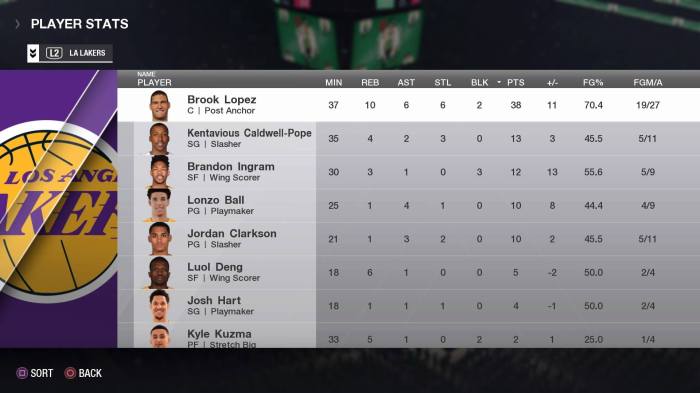 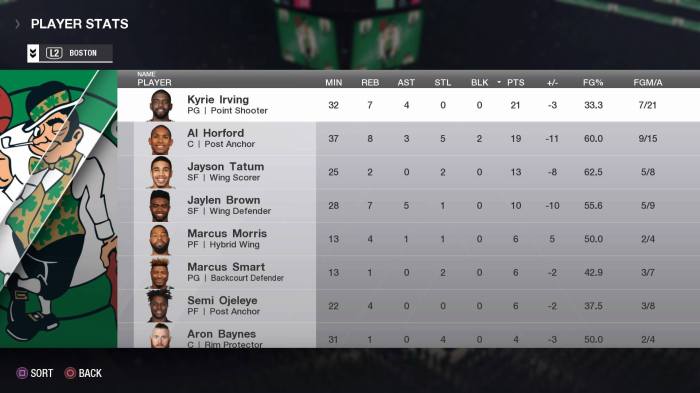 Kevin Durant (left thigh contusion) will be inactive for tonight's game vs. Minnesota.

The red-hot Wolves take advantage of the Warriors missing Durant by jumping on Karl-Anthony Town’s broad shoulders and walking away with a 104-96 win at Oracle. 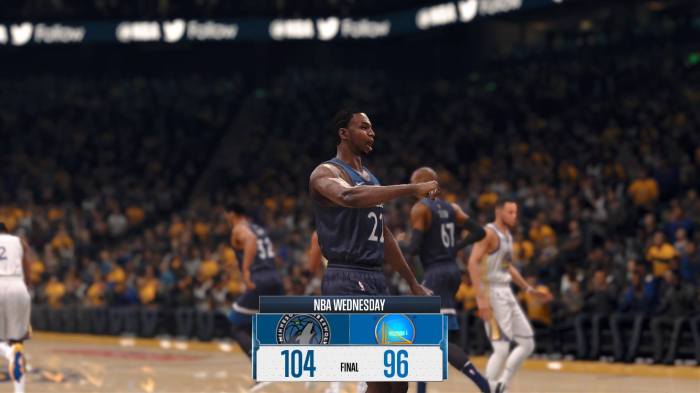 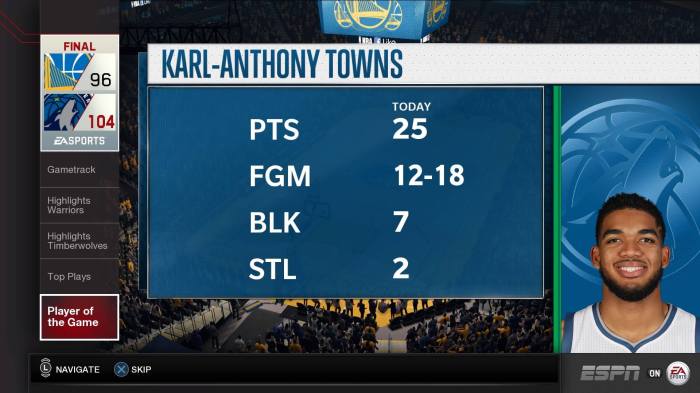 The Dubs couldn’t shake Minnesota despite Steph Curry’s hot shooting from the outside, which resulted in 34 points. 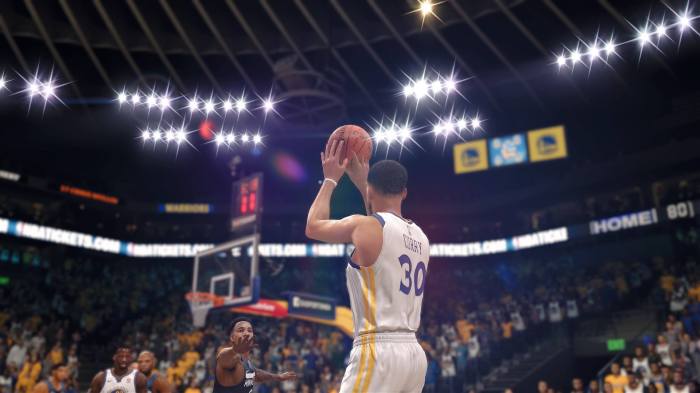 Towns had plenty of help from his teammates. 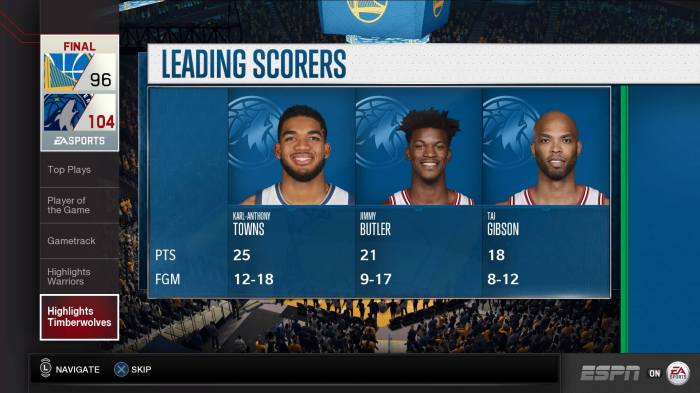 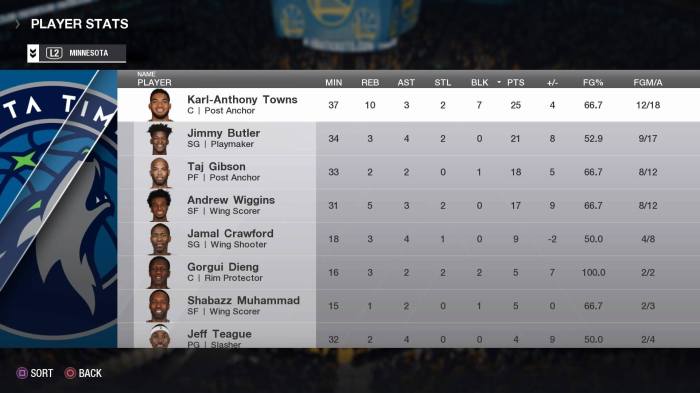 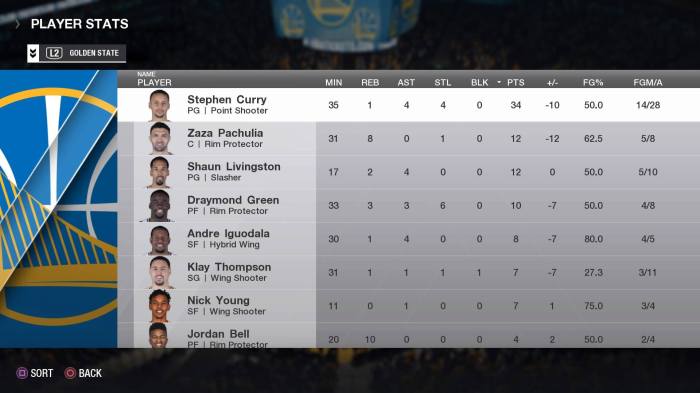 *This is a different simulation from the one posted earlier due to Kevin Durant being ruled out of tonight’s game.

Peep both of these games on ESPN, or if you are out and about, lock in with the ESPN App.