The Process is still alive and kicking

First the Philadelphia 76ers fought off the sweep from the Boston Celtics. Can they avoid the gentleman’s sweep in Game 5? Well, history certainly isn’t on Philly’s side. No team has ever rallied from down 0-3 to win an NBA playoff series. You’d be insane to continue to “Trust the Process,” but how about we play this one out anyway, using NBA LIVE 18?

The Sixers showed up for a street fight and outbullied the Celtics as Ben Simmons finally came alive and paced Philly to a 103-63 blowout win in Game 5.

The 76ers simply dominated from the opening tip, jumping out to an early 29-8 lead as Simmons scored 24 of his game-high and career-high 38 points in the first half.

Terry Rozier paced Boston with 15 as Beantown lost at home for the first time this postseason.

Marcus Smart, clearly still having difficulty with that surgically repaired right thumb, had a rough game. 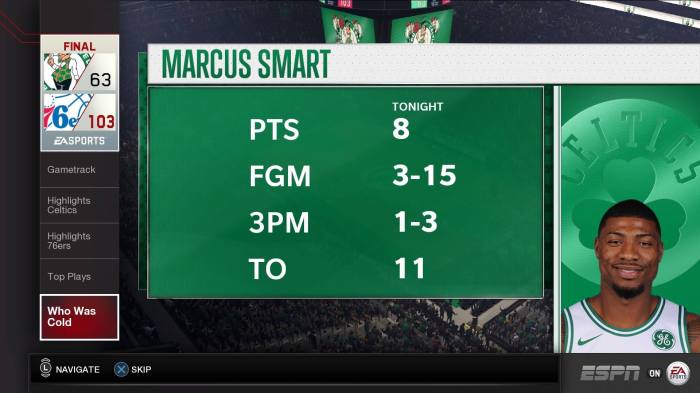 Jayson Tatum, who with six straight games with at least 20 points was tied with David Robinson for third-longest streak by a rookie in NBA playoff history (Lew Alcindor – 10, Donovan Mitchell – 7), finished with only 11. 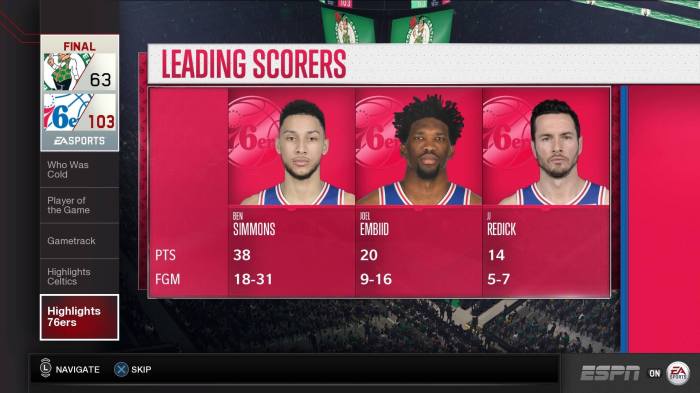 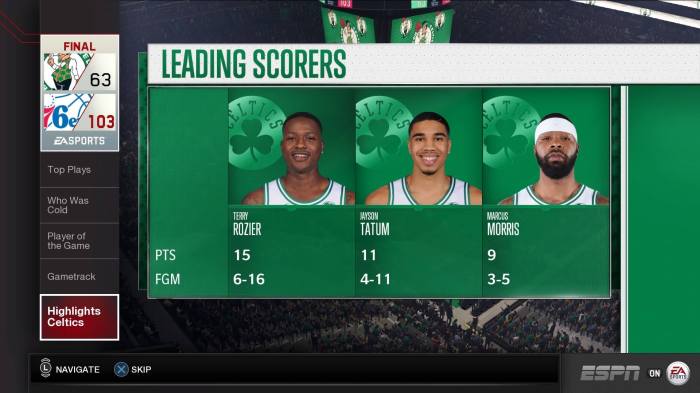 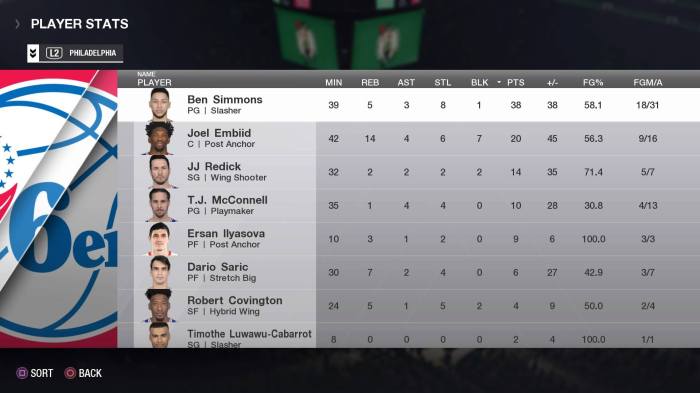 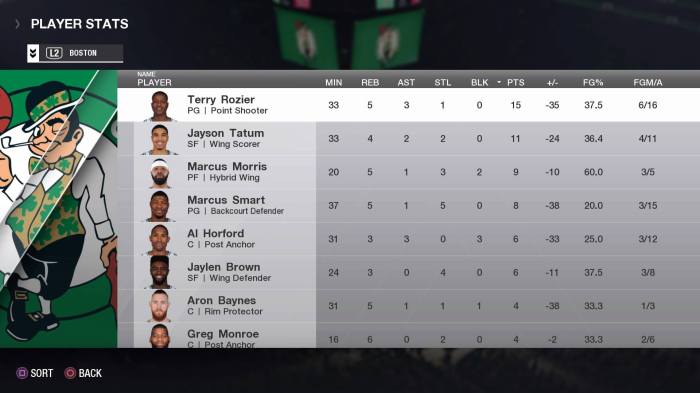