The 20-year-old continues to make waves and break records

Since making a splash at the 2016 Rio de Janeiro Games seven months ago by becoming the first African-American woman to win Olympic gold in an individual event, Stanford University sophomore Simone Manuel has been lying low and off the radar after deciding to return to college, forgoing endorsement deals that she could have received as a professional swimmer.

For fans who only follow the sport during the Olympics, things have been relatively quiet for Manuel. That was until this weekend, when the 20-year-old helped her team win its first NCAA Swimming and Diving Championship since 1998.

Manuel, along with teammates Ella Eastin, Ally Howe, Janet Hu, Katie Ledecky, Lia Neal and Kim Williams, set a NCAA, U.S. Open and American record of 3:07.61 in the 400-yard freestyle relay, and finished with a combined 526.5 points, besting California (366) and Texas A&M (292.5) to take home the championship title during the four-day event at Indiana University Natatorium in Indianapolis.

After winning the 50-yard freestyle during the second day of the event, Manuel joined teammate and fellow Olympian Ledecky for the 200-yard freestyle, a race Manuel seemed to have until losing the lead after a slow push-off during the final turn. The following day, Manuel competed in the 100-yard freestyle, where seven of the eight swimmers are Olympians. Early on, Manuel found her pace during a tight race against University of Georgia senior Olivia Smoliga, who kept up with Manuel until the final turn of the event. After pulling ahead, it was Manuel racing against the clock in an attempt to beat the current NCAA, American, U.S. record of 46.09 that Manuel herself set in 2015.

Manuel won the 100-yard freestyle with a final time of 45.56 seconds, setting an NCAA, American and championship record and becoming the first swimmer to complete the event under 46 seconds. 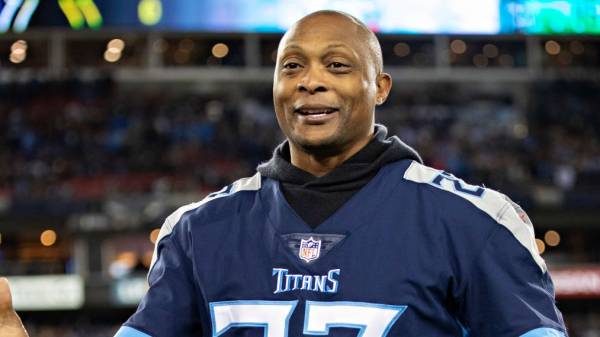 As gratifying as the moment was for Manuel, Olympic medal-winning swimmer is no stranger to breaking records.

Last August, Manuel became the first African-American woman to win an individual Olympics gold medal in swimming during the women’s 100-meter freestyle. Manuel would go on to rack up three more medals, another gold and two silver, before leaving Rio de Janeiro.

“The gold medal wasn’t just for me, it was for people who came before me and inspired me to stay in the sport,” Manuel said shortly after her Olympic win last August. “And for people who believe that they can’t do it, I hope that I’m an inspiration to others to get out there and try swimming.”