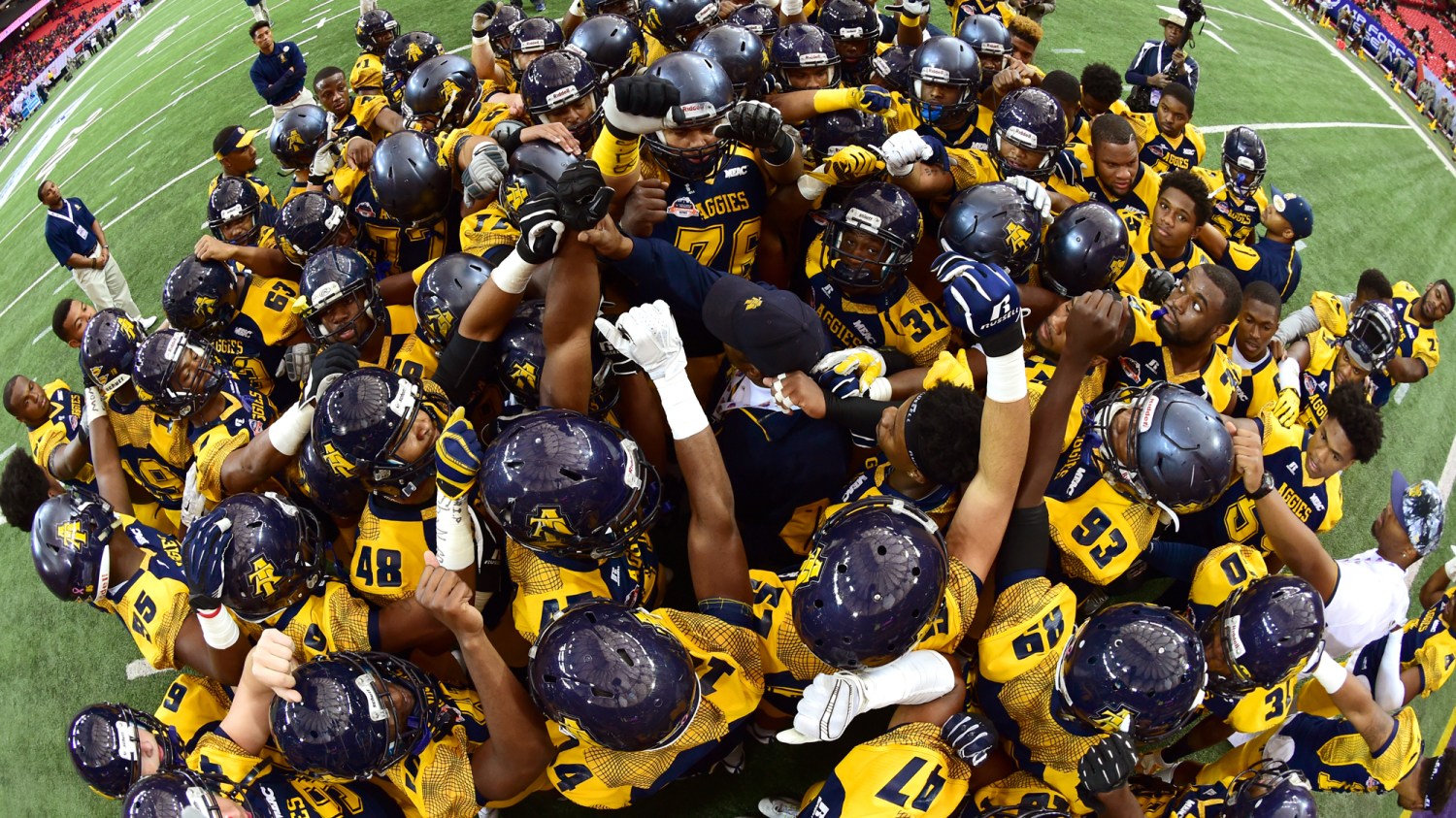 Sneak preview of what’s ahead this season in HBCU football

N.C. A&T State University, after ending 2015 on top, is the top team in preseason polls

This should be an exciting year in black college football. It seems like just about every historically black college conference has some great teams and players. All the better to attract a tremendous amount of interest from the fans around the country.

North Carolina A&T State University is the team to beat in the Mid-Eastern Athletic Conference (MEAC). The Aggies are ranked No. 1 in the preseason SBN Sports Network Black College Football Poll. N.C. A&T is also ranked No. 25 in the STATS FCS Media top 25 Poll and the NCAA FCS Coaches Poll. The Aggies earned a share of the MEAC title last season. They won the Celebration Bowl, defeating Alcorn State University, 41-34. In that game, N.C. A&T running back Tarik Cohen rushed for 295 yards and scored three touchdowns.

Bethune-Cookman University is also expected to have a strong team. The Wildcats grabbed a share of the conference crown last season. Bethune-Cookman is led by its junior wide receiver Jawill Davis, who had 39 receptions for 788 yards and six touchdowns last season.

North Carolina Central University should be in the mix. Like N.C. A&T and Bethune-Cookman, the Eagles notched a share of the MEAC championship last season. N.C. Central will lean on senior quarterback Malcolm Bell to run the offense. Bell received preseason first-team All-MEAC honors.

What’s on tap in the SWAC

Alcorn State should be at the top of the class in the SWAC Eastern Division. However, Alabama State University and Jackson State University have put together solid teams, too. The Hornets will be led by linebacker Kourtney Berry, the SWAC preseason defensive player of the year, who led the conference with 130 total tackles last year. Berry also just happens to be one of the top linebackers in the country.

Speaking of defense, Javancy Jones is likely to anchor the Jackson State defensive line. But Jones, who had 90 total and 39 solo tackles and nine sacks and was an all-SWAC preseason pick, has taken a leave of absence from the team to attend to personal/family issues with his mother, JSU coach Tony Hughes told The Clarion-Ledger.

Prairie View A&M University should make a run at the top spot in the SWAC Western Division. The Panthers have quarterback Trey Green, who can efficiently run and throw the ball down the field. Grey threw for 2,614 yards with 21 touchdowns and just three interceptions last year.

Of course, there’s still a lot of competition in this division with Grambling State University and Southern University. The Tigers will rely on ball control with running back Martez Carter, who had 876 yards and scored nine touchdowns last season. Southern has running back Lenard Tillery to provide an explosive ground attack. Tillery is the SWAC preseason offensive player of the year. He had 1,211 yards and scored a league-best 14 touchdowns last season.

In the Southern Division, Winston-Salem State should be able to move the football behind offensive linemen Jac’que Polite and Tim Samuels. Fayetteville State University will push the Rams for the division crown. Fayetteville State has a great secondary with defensive backs Travis Scales (65 total and 38 solo tackles) and Eric Henderson (54 total and 37 solo tackles).

In the Southern Intercollegiate Athletic Conference (SIAC), Tuskegee University comes into the season ranked 17th in the D2football.com top 25 and 17th in the American Football Coaches Association preseason poll. The Golden Tigers could win the SIAC championship. Tuskegee is led by defensive lineman Julian Morgan, who was named the SIAC preseason defensive player of the year. Morgan had 54 total tackles, 15.5 tackles for loss and nine sacks. The Golden Tigers finished with a 10-3 overall record and advanced to the quarterfinals of the NCAA Division II playoffs before losing to the University of West Georgia.