We’ll see Logan Paul vs. Floyd Mayweather in 2021 and who knows what else?

Will the “sweet science” of boxing remain on the decline while celebrity fights like we witnessed – and will see again soon – gain in popularity?

Growing up in Landover, Maryland, I lived a few minutes away from where Martin Lawrence – the comedian and a local AAU boxer – once resided, and my parents loved the sport. Every Saturday, my family would watch bouts, including Mike Tyson vs. Evander Holyfield and Roy Jones vs. Bernard Hopkins. When we went to North Carolina, my dad had me and my siblings throw hands with our cousins on a small porch the size of a ring behind my grandparents’ house. Those early days cultivated my interest in the sweet science.

While a good fight feeds the boxing community’s appetite, there’s been an influx of celebrity bouts that have adapted to the social media era. These aren’t cheesy fights with D-list celebs and chunky headgear. From fighting icons to famous YouTubers, the bouts have athletic moments while bringing celebrities such as Wiz Khalifa to the seats. They have entertaining rule changes and aren’t considered a pro fight by boxing’s four governing bodies. But the quality has been better than expected for casual fans.

The celebrity fight game began to change on Aug. 26, 2017, when Floyd Mayweather fought Conor McGregor. It was confusing but exciting. “[The UFC] didn’t do crossovers, ” said David Caldwell, co-host of Another Fight Podcast. “They didn’t have to get a buzz. So the whole story of Conor McGregor getting a fight with Floyd Mayweather was unprecedented.”

The bout drew dismay from boxing fans such as Stephen A. Smith, but hype still surrounded it. There had been talk about the two athletes fighting each other before, but McGregor had never boxed professionally. Criticism aside, the fight generated more than 4.3 million pay-per-view buys.

The latest popular bout was Mike Tyson vs. Roy Jones hosted by The Fight Club, Triller’s boxing promotion, last month. With cinematic presentation, Snoop Dogg’s hilarious commentary, and a small ring leaving boxers less mobility, the four-bout fight card had Twitter buzzing. The night also included two pro fights, but Jake Paul vs. Nate Robinson and the main event went viral. Reports indicated that the pay-per-view buys ranged around 1.6 million, raking in more than $80 million. Entertainment was the focus of Tyson vs. Jones, according to Triller co-owner Ryan Kavanaugh. The film executive wasn’t fully engulfed in boxing, but his film experience inspired him to think outside of the box for The Fight Club’s debut. 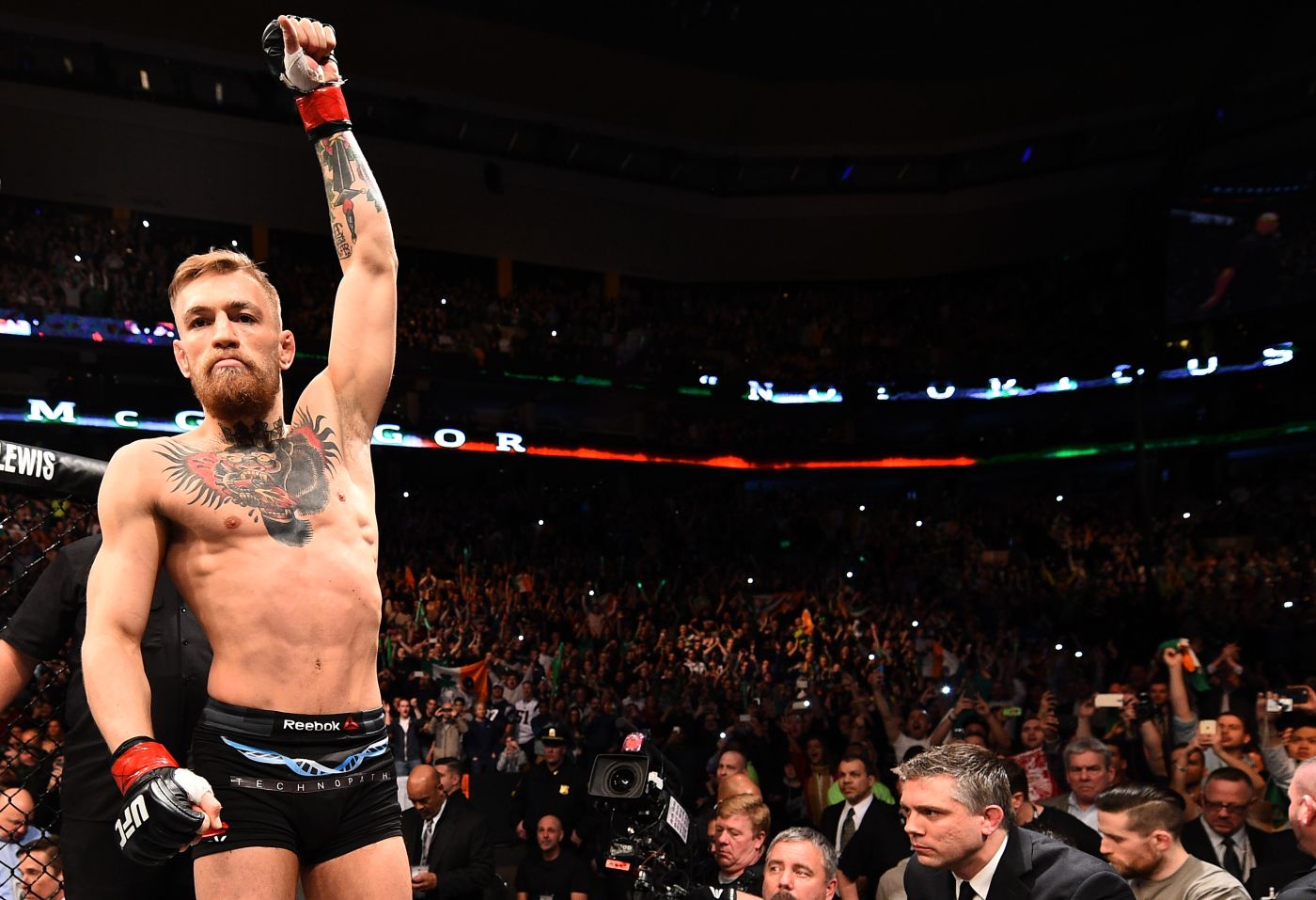 The Floyd Mayweather vs. Conor McGregor fight is about the green, but also about black and white. Read now

“I don’t know [expletive] about boxing,” he said, laughing. “I know how to make things that look good and entertaining … what people forget is why are boxers boxing. Why are people airing it? Because it’s entertaining.”

The card even stirred trash talk among boxers. Gervonta Davis tweeted about Robinson being knocked out, and Ryan Garcia challenged Davis to a fight the same day Floyd Mayweather vs. Logan Paul was announced, throwing Paul in as inspiration.

Although rumors circulated that Garcia and Jake Paul were going to fight earlier this year, the undefeated fighter stated that the beef between him and Jake Paul wasn’t real. Garcia trained with Jake Paul in July and is set to fight Luke Campbell on Jan. 2. However, Ryan Garcia and Gervonta Davis agreed to fight after they win their scheduled bouts, which led to Garcia calling out The Tank on Twitter in honor of the boxing Paul brothers.

That’s the quickest way to go into retirement.. https://t.co/SKazF0jJks

This generation is wild bro..🤦🏻‍♂️

The current era of “celebrity boxing” might have kicked off with Mayweather vs. McGregor, but it wasn’t the first bout. Caldwell points to the match between Muhammad Ali and Japanese pro wrestler Antonio Inoki in 1976. “It was like this big spectacle thing in Tokyo. It was crazy,” he said. “It was the first time boxing crossed over to MMA.”

In 2021, celebrity fights will be more accessible for casual fans. Logan Paul vs. Mayweather is in February, and The Fight Club is holding about five boxing events throughout the year. “We finally feel that we cracked the code on how to get under-35 [-year-olds] to fights,” said Kavanaugh, “We want people that have physical talent, whether they have star power on their own, but not necessarily on the path to becoming pro fighters.” While these fights continue to grow an audience, they’ll reside as more of a stable subgenre if production holds up as well as Tyson vs. Jones, but uncertainty remains.

Vance Brinkley is a young writer based in Washington, DC. He loves playing lacrosse, watching indie films, and listening to music from Project Pat to Toro Y Moi.