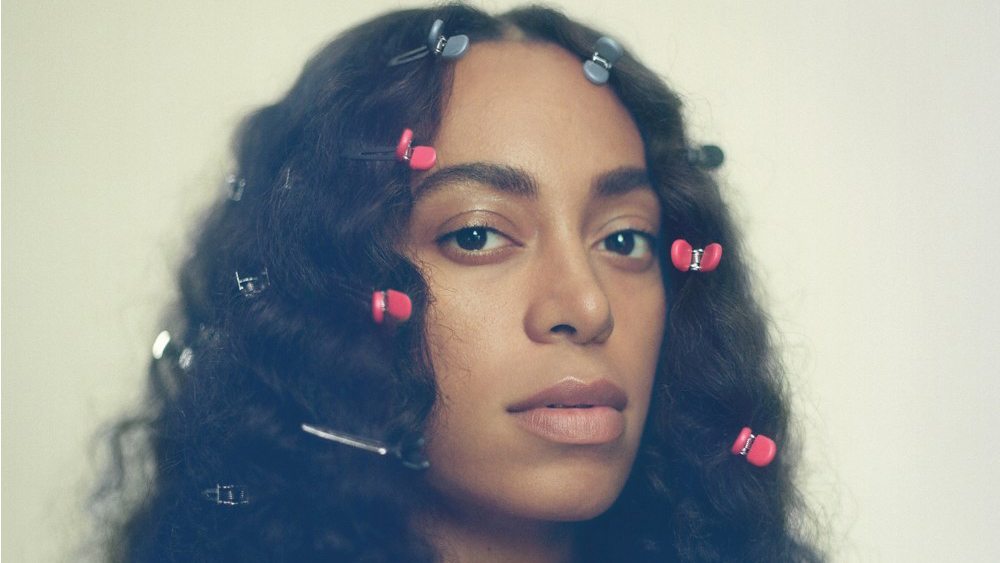 Solange Knowles’ new album has a lot to be ‘Mad’ about

Her fall stunner is a manifestation of black life right now — the terrifying, the angry and the beautiful

Sure, there’s been LeBron James and the Cleveland Cavaliers’ NBA Finals triumph or the black excellence that were the 2016 Olympics. The return of black-led television programming. And first lady Michelle Obama’s powerful Democratic National Convention speech. But the soundtrack to our lives, all summer ’16, has largely been tears, cries and anger.

The last moments of Alton Sterling’s life and his son’s raw emotions are haunting reminders of a life forever shredded. Diamond Reynolds narrating the final breaths of Philando Castile as he lay dying with blood drenching his white tee. Terrence Crutcher and Keith Lamont Scott. Alfred Olango and Carnell Snell Jr. Phyllis Gray losing her fourth son to gun violence. A shooting at North Carolina A&T State University that left two students, Alicia Dieudonne and Ahmad Campbell, dead. The water in Flint, Michigan, is still contaminated. Colin Kaepernick is still kneeling. The U.S. Court of Appeals ruling that refusing to hire a person with dreadlocks is legal. There was even a fan wearing a gorilla suit sporting an “All Lives Matter” shirt running on the field Sunday at a Chicago Bears-Detroit Lions game.

A Seat at the Table resonated long before it even existed.

James Baldwin once said, “To be a Negro in this country and to be relatively conscious is to be in a rage almost all the time.” It’s a quote that, ironically, has proven itself most true during the eight years of Barack Obama’s presidency. There’s been a penalty of sorts on black America: You can have him, but just know it’s going to cost you.

A Seat at the Table resonated long before it even existed. The collection of songs made sense to me decades ago when my mother began drilling home this lesson: “Treat a woman how you would want a man to treat me. Protect her how you want a man to protect me.” Knowles’ album made sense to me in July when I witnessed a black woman tackled by police near the corner of 14th and U Streets in Northwest Washington, D.C. Roughly a mile from Howard University, the strip of bars and lounges gets packed on weekends. The woman had been in an argument with a group of white women — who had just pelted her with N-word this and N-word this. Then there was the arrival of cops. That violent interaction. The concrete her body bounced on would be her final resting place. I don’t know her name. She was about to die.

The scene was familiar. Her being told to stop resisting even though she was lying on her stomach. We waited for a loud pop and brief moment of deafening silence and sheer chaos soon afterward. We waited for blood to splatter the pavement. Cries smeared the night air. Cellphones recorded every move. Snapchat, the on-the-spot CNN.

Time slows down while waiting on death. Seconds felt like hours. I heard myself breathing. And for the slightest of moments, the woman and I made eye contact. I thank God every day that my face — frozen, angry and scared — wasn’t the last image this woman saw.

The woman and her boyfriend were eventually released.

Free. And scarred. Mentally and physically.

“It’s often you wonder why a n—- don’t go completely mad.” Because you have to wonder.

It’s hard to forget how she was treated. How she was yelled at like an animal while the other, white party was coddled and comforted. She was thrown to the ground. She was manhandled, as if her life didn’t matter. Part of me wishes I had intervened. I could have done more to help her than to yell at cops about her innocence, or at least say she wasn’t the only party involved in the disagreement. But that’s part of being black in America — especially in 2016.

This frustration, this guilt, this fear, this trauma, is the inspiration behind Solange’s extrospective and introspective new album, the already massively acclaimed A Seat at the Table. The project is a manifestation of a black woman’s vantage point. A manifestation of what it feels like to wake up every day in America.

In particular, there’s the Lil Wayne-assisted Mad. It’s caboose on a four-record locomotive, a powerful sequence that takes the album to depths of beauty and grotesqueness. Master P’s The Glory Is in You interlude, Cranes in the Sky and her father’s Dad Was Mad interlude set the stage for Solange’s and Dwayne Carter’s frustrating duet. Solange as therapist. Lil Wayne as patient, admitting to mental health issues. His patented raspy, smooth delivery is the ideal complement to her clear and even transparent vocals.

Are you mad ’cause the judge ain’t give me more time? Lil Wayne raps. And when I attempted suicide, I didn’t die / I remember how mad I was on that day / Man, you gotta let it go before it get up in the way.

That rage Baldwin spoke of is alive in Mad. As is Richard Pryor’s most powerful quote, “It’s often you wonder why a n—– don’t go completely mad.” Because you have to wonder. There’s this constant reminder in America of where you come from, and what your place is. That no matter what’s accomplished, you’re always going to fall in second place. Second place �� if you’re lucky.

Mad is a calling card of everyday life.

If people are tired of hearing this same complaint, try living it. On an album housing incredibly placed and inspirational Master P interludes, and showcasing the entire spectrum of black beauty, depression and aspiration, Mad is a calling card of everyday life. Being black in America is an incredible experience, one I’d never trade for anything. Solange either. But being black in America also comes with its own state of constant paranoia.

Sadly and weirdly, it’s beautiful to hear a woman sing about the intricacies of this paranoia. It’s beautiful that this black woman is writing and creating with regard to the complexities of black life. I ran into this girl, she said, ‘Why you always blaming? / Why can’t you just face it?’ she sings, an explainer about black women’s anger for those who fail to comprehend. Why you always gotta be so mad? Why you always talking s—, always be complaining?

All too often we hear about and talk about the plight of men and how unfairly we’re treated. But we forget about the plight of black women — how they’re treated and viewed. We forget about how it affects their psyche to see black men belittled and battered, and to in turn be belittled and battered themselves. The black woman is the strongest individual in America. And it’s like we don’t care half of the time.

A Seat at the Table isn’t a microcosm of being black in America. It’s a manifestation, a celebration, a discussion, a musical mélange of being black in the last month of the eighth year of the first black president and the last weeks before an election between a man being compared to Hitler and the first woman ever to be a leading candidate. I ran into this girl, I said, ‘I’m tired of explaining,’ sings Solange. Man, this s— is draining/ But I’m really not allowed to be mad.

There’s a lot to be mad about right now.