Soledad O’Brien: ‘Every setback is ultimately a setup for something else’

We all know Soledad O’Brien as the journalist who opened our eyes with a raw and intimate look at Black in America through her multipart documentary on African-American life. The former MSNBC and CNN anchor has also grown her skills into the role of CEO of her own media production and distribution company, Starfish Media Group, where her latest project, Matter of Fact, a co-production with Hearst Television and a weekly half-hour political talk show that she anchors.

Beyond her beyond-impressive resume of accomplishments is also how she turned ugly setbacks into setups for success.

The Emmy-award-winning journalist spoke with Gianina Thompson of ESPN about her career journey and how she is passing down what she’s learned to scholars and young women at her PowHERful Foundation summits.

Thompson: How did you stand out at the beginning of your career?

O’ Brien: I started working in Boston at WBC-TV as a production assistant, so I answered phones, got mail and even removed staples. I’ve always been pretty ambitious and put out there what I wanted to do. So everybody knew that I’ve always been kind of a hustler. I wanted to work hard and be part of interesting projects. I would stay late and come in early or on Saturdays.

I got a pretty good reputation for being a hard worker, as well as an honest worker. If I messed something up, I would be like, ‘Listen, I messed up. It was me.’ That gave me a good reputation, too, because people knew that I did a good job, and if I didn’t, I would be very straightforward and honest about it.

Thompson: Your career has had an interesting path in which setbacks have seemingly turned into setups. Can you take me on a few of those journeys?

O’Brien: My first boss as a reporter in San Francisco literally told me that I should go to another market because he thought I was terrible. But I got help and asked my old boss what I should do and he said, ‘Listen, don’t quit. Let them fire you.’

So I just put my head down and kept plugging away. I think sometimes plugging away is not seen as very sexy, but there’s a real value in just putting your head down and plugging away, and that’s been really helpful. Every work experience has some bad. My job at San Francisco was the first place where I worked that people didn’t like me. I wasn’t a teacher’s pet. Most places I’ve worked, hard work made it where you could win with that and outwork other people.

What I learned from that, though, is that you can get a lot of great experience [somewhere] to get another job. People don’t have to love you, and you don’t have to be everyone’s friend. You just have to be good at what you do.

And then I left because I leveraged those experiences and skills into a better job. I started anchoring for MSNBC when they launched in 1996.

Also, I think I was very flexible. When something [bad] happened, I kind of rolled with it. When I anchored at CNN and the show was canceled. I never felt like, ‘OMG, it’s over.’ I was like, ‘OK, I have some skills, what do I do next?’

So every setback is ultimately a setup for something else, that you just don’t quite know what it is at the time when you’re sitting in bed eating Haagen-Dazs [and] crying.

Thompson: How would you describe your scholars and the young women who attend the summits?

O’Brien: It’s a really diverse crowd. We have a lot of white, Asian, black and Latina girls here. What everyone has in common regardless of where they’re coming from is that there’s some obstacle that they’re dealing with. That might be financial for a lot of people, where college seems impossible or that they’re a first-generation college student so their parents may not be as helpful at getting them the information that they need to apply for colleges, loans or scholarships.

So, we just really want to make sure that the young women here are prepared for anything that they want to do or be.

Thompson: Why is sharing advice and wisdom a core principle of your personality and career?

O’Brien: There are so many mistakes that I’ve made — you were there for some of them — where you just feel like, ‘OK, I made these mistakes. Someone else doesn’t need to make these same ones.’

I figure stuff out at 50 [years old] — wouldn’t it be nice if I was able to give you that 20 years earlier because other people did it for me?

It’s been really helpful, as I started my own company three years ago where people would tell me their own mistakes when starting their company, so I’m not trying to figure out the same things and having to reinvent the wheel.

I think a lot of these young women need someone to tell them that this life is in their own hands and it’s both terrifying yet also freeing, but it’s up to them. And I think you can’t just sit around and wait for someone to rescue you on this front.

Thompson: How do you navigate through women trying to tear each other down?

O’Brien: What I have come to find out is that when someone is coming at me, often when you actually figure out what it’s about, you understand what they’re dealing with and it makes sense. My foundation and the summit is not just some kind of cumbia sisterhood, it’s really about helping young women advocate for themselves and at the same time understanding other people’s perspectives.

I think that it’s really important to use the people around you, and if they’re not helping you get to where you want to go, then it’s problematic. You can still love them, but you can love them from a distance. That, to me, is really, really key.

For me, I don’t think it’s people who are their worst enemy. It’s just sometimes they just don’t know the right questions. They should be asking, and the question is, ‘How can I be successful walking into this room?’ Some people think, ‘Maybe I’m not this or I don’t have this or I don’t … I don’t … I don’t.’ You should be thinking of what you have and how you can leverage that to get to the next level.

So, it’s about teaching people the next right questions.

Thompson: We see double standards play out in sports all of the time where the same action is labeled as “passionate” when a guy does it, but when a woman does it, it’s said, “She needs to act more like a lady.” What’s your advice in getting through that?

O’Brien: There’s been a double standard for a long time and there are two tracks for that. One, you hope that by calling it out, people will see where they are perpetuating a double standard. But two, you have to not give a s—. You can’t have people’s judgment of you have a big impact on your life. But also you have to hope that change comes.

Thompson: How do you decide what you’re going to associate your voice with when taking a stand or having an educated opinion on a specific topic or issue?

O’Brien: It really is a feel test on what’s interesting to me. I’ve been around long enough to know the categories that I care about – certainly young women, because I was one and I feel like I can be helpful. I think about what is worth me weighing in on. If I have something to add, I want to be part of it.

Right now, there’s postelection drama, so the next four years will be calling out a lot untruths in both media and politicians on both sides of the aisle. I’m trying to be aggressive on that. I love reporting, so getting out and telling the kind of stories that should be highlighted, but often are not, has been a lifelong mission for me.

Thompson: Do you ever feel pressure to identify as a specific race having a Cuban mom and an Australian dad? 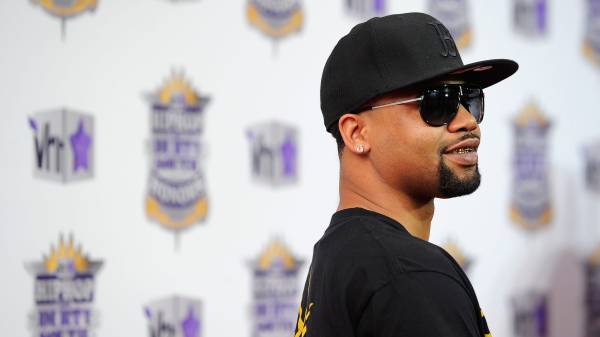 Juvenile’s ‘Back That Azz Up,’ 20 years later Read now

O’Brien: I never felt obligated to choose a side. My parents were very clear that I was black, so I never went through some big angst of, ‘OMG! What am I? Who am I?’

It dawned on me several years ago that other people really had a lot of drama about it, but I didn’t have to feed into that drama. I realized that I didn’t have to explain anything to anyone. A lot of times in my reporting, I’m interested in giving my perspective on things, so I’ll definitely talk about my background and my race.