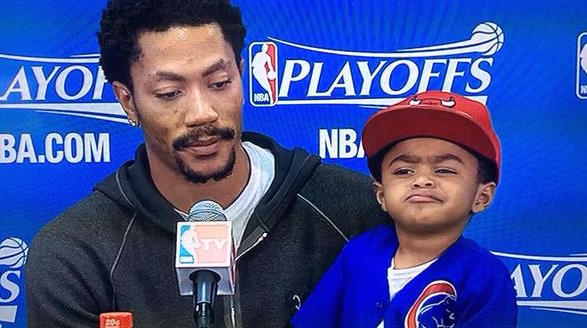 The backdrop? Chicago. The storyline? Chicago through the eyes of 4-year-old PJ. The children’s story features the family history of Rose, an All-Star guard with the Bulls until this season, and his young son. It is part of the Scholars From the Block Anti-Violence Education Initiative and the latest installment of the Fuzzy-Feeling Children’s Book Series that includes children’s books I Love Me! and My Best.

According to a new release, Reese and Dulaney’s goal for PJ’s Shy-Town is to showcase the urban culture in the city of Chicago. The book was illustrated by Ebony Jr.! magazine veteran artist Sherman Beck. PJ’s Shy-Town is available at www.readme4.com and Amazon.com.

“The essence of the city we love still exists,” Delaney said. “But it gets overshadowed by all the negative press. We wanted to give voice to the people and culture that contribute to Chicago’s unique appeal and incredible legacy.”

Reese graduated from high school in Chicago and is PJ’s aunt.

Ali-Frazier was more than a fight, it was part of my awakening as a Black man Read now

“PJ is a happy kid. He loves Chicago. That’s what we wanted to share with other children — this city and PJ’s infectious joy as he grows up here,” she said.

Dulaney’s work includes children’s books, poetry, fiction and creative nonfiction. She has a bachelor’s degree in African-American studies, a master’s degree in creative writing and a doctorate of education in educational leadership and curriculum foundation.

Reese was a journalist for The Mash (Chicago Tribune’s teen publication) and has worked as an intern for Good Day Chicago on FOX 32 Chicago, WVON 1690 and WSRB 106.3. She is currently pursuing a degree in broadcast journalism at Howard.