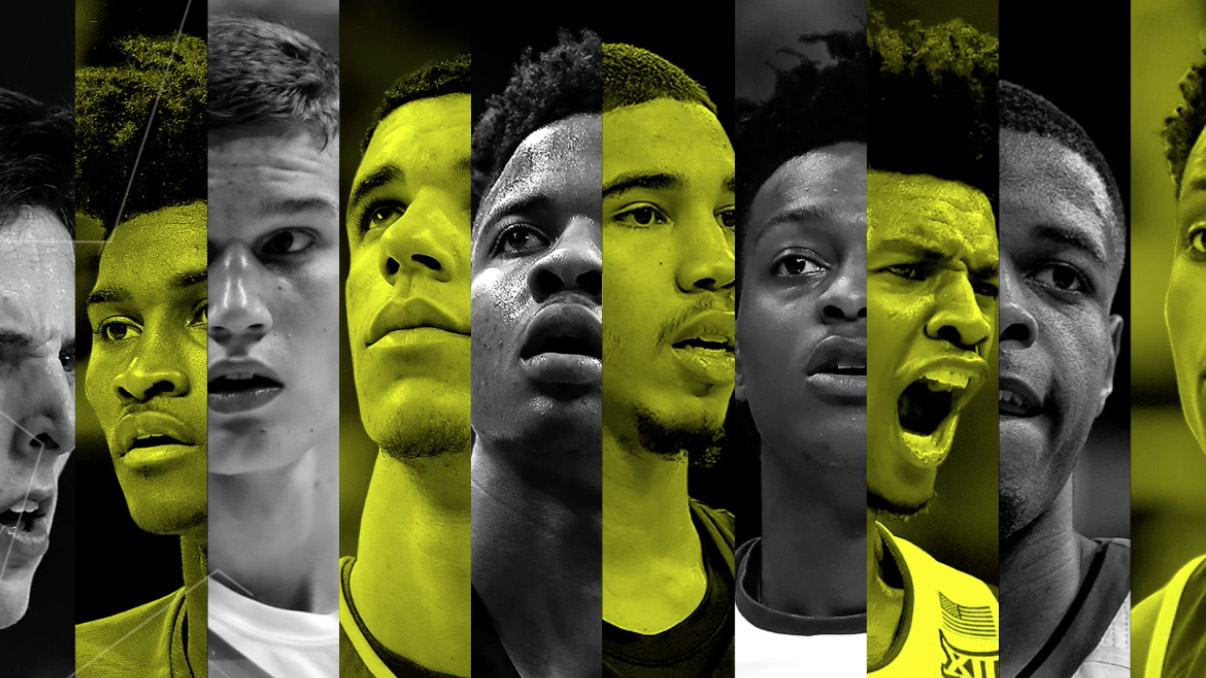 NBA mock draft: Nine of the top 10 selections could be freshmen

Marc J. Spears predicts how the first round will play out

The 2017 NBA draft could end up being one of the best and wildest in league history.

Don’t be surprised if nine of the top 10 selections are freshmen, with former Washington guard Markelle Fultz going first overall to the Philadelphia 76ers.

Several NBA executives told The Undefeated they regard former Kansas swingman Josh Jackson as the most talented player in the draft. Although the Boston Celtics or Phoenix Suns could end up taking Jackson with the third or fourth pick, respectively, it’s quite possible he could fall to the Sacramento Kings with the fifth pick. Jackson did not work out for the Celtics, and the Suns are high on former Kentucky point guard De’Aaron Fox. Former UCLA guard Lonzo Ball is projected to go second overall to the Los Angeles Lakers.

The Celtics also are considering athletic Florida State forward Jonathan Isaac with the third pick, a source told The Undefeated. Such a move would throw the draft out of whack.

There will be eyes on the likes of NBA All-Stars Paul George and Jimmy Butler, as well as several other standout players who could be dealt.

Comment: The Sixers swapped picks with Boston and gave up a future first-rounder to get Fultz. There will be pressure on the guard to prove his worth fast, but that pressure isn’t expected to come from the Sixers.

Comment: The Lakers have eyed the point guard of Big Baller Brand fame since landing the second overall pick in the draft lottery. The Los Angeles-area native has never been to a Lakers home game.

Comment: Somewhat of a surprise the Celtics choose Tatum over Josh Jackson. The St. Louis native, however, is skilled, long and athletic with a huge upside.

Comment: The Suns love Fox, but he would be unhappy to join this guard-laden young team. The Suns had better move guard Eric Bledsoe to allay Fox’s disappointment.

Comment: The Kings will be jumping for joy. Sacramento has found its new superstar in this future All-Star.

Comment: Word is Markkanen would love to go to the Wolves to join forces with fellow 7-footer Karl-Anthony Towns. But keep an eye on North Carolina State guard Dennis Smith here too.

Comment: The New York Knicks are high on guards Monk, Smith and Donovan Mitchell. But perhaps the athletic and crafty Monk, the best scorer in college basketball, could be good in the triangle offense.

Comment: The Dallas Mavericks have had their eyes on the Frenchman for weeks now and land a desperately needed point guard for the future despite Yogi Ferrell’s surprise play at the position.

Comment: The Sacramento Kings have been ridiculed for continually drafting big men. But in Collins, Sacramento gets a future starter who could fill ex-Kings star DeMarcus Cousins’ mammoth old shoes.

Comment: Michael Jordan is shocked that such a talented point guard is still available. Only thing is the former North Carolina legend is drafting a member of the rival Wolfpack.

Comment: The Detroit Pistons are looking for a shooter and land perhaps the best one in the draft. Kennard had a great workout with the Pistons but would play behind Kentavious Caldwell-Pope.

Comment: The Denver Nuggets also like UCLA forward T.J. Leaf, but Jackson is a long, talented perimeter shooter and a great finisher. Jackson comes from a home-schooled background.

Comment: It’s no secret that the Miami Heat wanted an athletic big man. Miami gets that in Collins, Chris Bosh’s possible replacement.

Comment: The Portland Trail Blazers add some much-needed athletic help in the frontcourt with Leaf.

Comment: If the Chicago Bulls trade All-Star guard Jimmy Butler, the strong, tough and explosive Mitchell could be their young shooting guard of the future.

Comment: The Atlanta Hawks land a long and athletic center of the future to replace their former center Dwight Howard.

Comment: Before his two ACL tears, Giles was widely viewed as the top player of the 2016 high school class.

Comment: Rabb plans to watch the draft in his hometown of Oakland, California, and will be ecstatic about this selection after fearing that he would fall into the second round.

Comment: The Brooklyn Nets land a late bloomer with a 7-3 wingspan whose stock rose during the NCAA tournament when he averaged 18.5 points and 3.5 blocks in three games.

Comment: The Toronto Raptors need more help on the inside and size to boot, which they land in Anigbogu, an athletic center with a huge upside.

Comment: An NBA scout told The Undefeated that the Utah Jazz are big on this athletic, but very slight, big man.

Comment: The former Duke transfer has a 40½-inch vertical leap, has an NBA-ready body and is also quite agile for his size.

Comment: The Lakers add another talented point guard, who had surgery on his right foot in May.

Comment: The Lakers add the mammoth Swanigan, who was a double-double machine at Purdue and can score in the post.

Comment: The Spurs could use another point guard on their roster, and the hot-scoring Evans is the best one left.

Comment: The Jazz get a versatile European big man who is only 19 years old.