With help from a Pulitzer-winning playwright, the reboot is a sexy and worthy binge

It’s appropriate: Right when high-profile white Hollywood actresses and feminists are calling out predatory white men in the industry, igniting a major conversation about sexual harassment and male accountability, an empowered black woman character is speaking out against the street harassment and patriarchy she experiences each day — and she seems to speak for real-life black women everywhere. This character is the iconic Nola Darling from Spike Lee’s progressive new Netflix series She’s Gotta Have It. 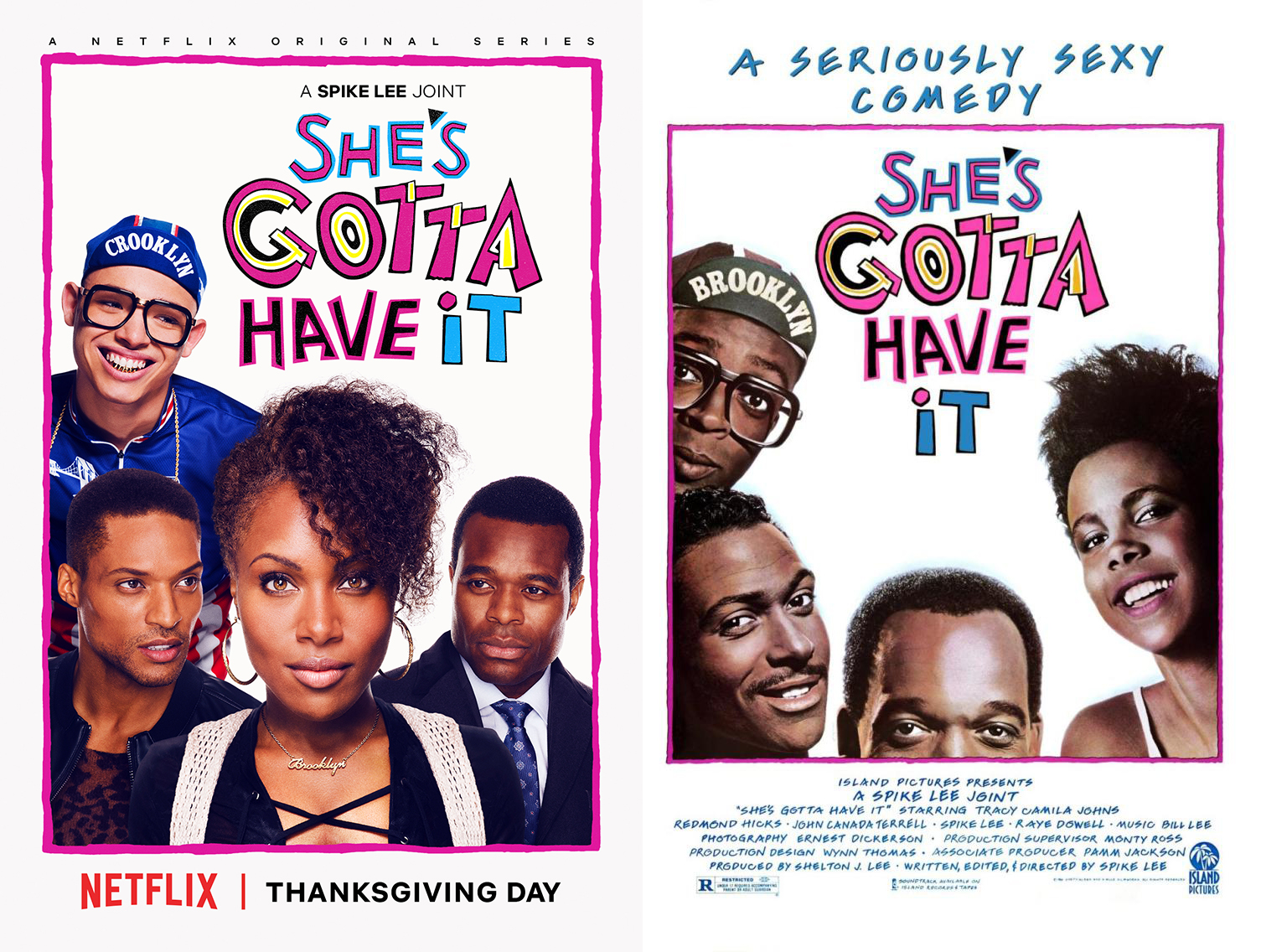 Like in the film, Nola is a smart, 20-something artist and sexually liberated New Yorker who refuses to abide by or be defined by societal norms. She’s a good daughter and a good friend, the type of woman you want in your circle. She balks at commitment, but not because she’s particularly jaded or afraid of it. She just doesn’t find it necessary, especially not when so many men around her are happily and unapologetically engaging in multiple relationships with no strings attached. The playing field isn’t level, but she can still attract and entertain as many men as she pleases.

The difference, of course, lies in the way she is perceived — versus how men are perceived. To men, even the ones she’s bedded, Nola is a “freak,” greedy, and open to any and everyone who wants her, regardless of whether she’s interested. Nola is self-possessed, and she wears club clothes during the day, which is enough to threaten even the most confident man. “What kind of lady acts like a man?” one male character asks. But still, as the saying goes, she persists. Midway through the 10-episode season, Nola experiences a powerful turning point. This isn’t a moment that makes her adjust her identity — Nola’s purpose is actually clarified.

A confident evening walk down her block is interrupted by a random man who tries to push himself on her. He fails, fortunately, as she scurries up her steps. Then he calls her a “b—.” Nola is visibly shaken, and angered by the fact that this dude got to her. He made her feel weak and helpless in front of her own home, in the neighborhood where she grew up. As demeaning as the situation is, it thrusts Nola further into her creative work. She produces her most revolutionary piece yet, a graffiti series that calls out rampant street harassment.

Nola Darling splatters words — including “b—-” and “mamacita” — across the walls of Brooklyn buildings. Written anonymously, and while blinded with anger, the artwork strikes a nerve within Nola’s community, imploring both enablers and perpetrators to reckon with themselves.

But as Nola finds this artistic release and reclaims her own power, she’s still confronted by the oppressive natures of the men in her life. Pretty boy Greer (Cleo Anthony), married businessman Jamie (Lyriq Bent) and fellow free spirit Mars (Anthony Ramos) predictably want to rescue her. But Nola resists, leaving each of them to hold their fragile egos in their own hands. She finds her way back to the more grounded and drama-free Opal (Ilfenesh Hadera), a woman with whom she’s been in and out of a relationship. It’s no accident that Nola finds companionship with someone who sees her as an equal, and who embodies maturity and empathy.

This is not to say that Nola is a commitment-phobe. She just chooses to approach romance in a way that satisfies her — and frees her from dictatorial rules of dating and relationships that benefit men. So these three men in particular become extensions of her sexuality, whether they’re comfortable with that or not. Like herself, Greer is self-assured, artistic and constantly searching for his next inspiration. But, as the son of a French black man and a white mother, he’s also blinded by his light-skinned privilege and uses it to present himself as superior to others. He can throw it down between the sheets, though, so there is that.

Jamie is the stable one, the older, distinguished gentleman who has his stuff together but goes home to a wife and son. But that’s OK, as Nola apparently isn’t checking for him quite like that right now, or perhaps any day. Jamie is protective of Nola, always claiming he’s ready to throw it all away for her. He’s fascinated by her youthful spirit and sexy confidence and how easy it is for her to express herself — basically for being everything he is not. But, like all the men in her life, he makes the mistake of thinking his interest in her guarantees a commitment from her.

Then there’s Mars, Nola’s kindred spirit. The half Puerto-Rican, half black artist in black-rimmed glasses and new $200 kicks. He’s fun, woke and quirky, makes sex as thrilling as an amusement park ride and is always there just when Nola needs him. He can’t be taken seriously, which is why Nola keeps him around. But he still gets in his feelings when Nola doesn’t give him the attention he craves.

Lee, along with an impressive writing staff that includes Pulitzer Prize winner and professor Lynn Nottage (Sweat), breathes present-day life into Nola at just the time when the amplification and celebration of black women who choose, as opposed to being chosen, is needed. Elevated via a pitch-perfect portrayal by Wise, the new She’s Gotta Have It is unapologetically black, sexy, radical and feminist in a way that has never really seen before on-screen. This is a binge-watch worth your time.