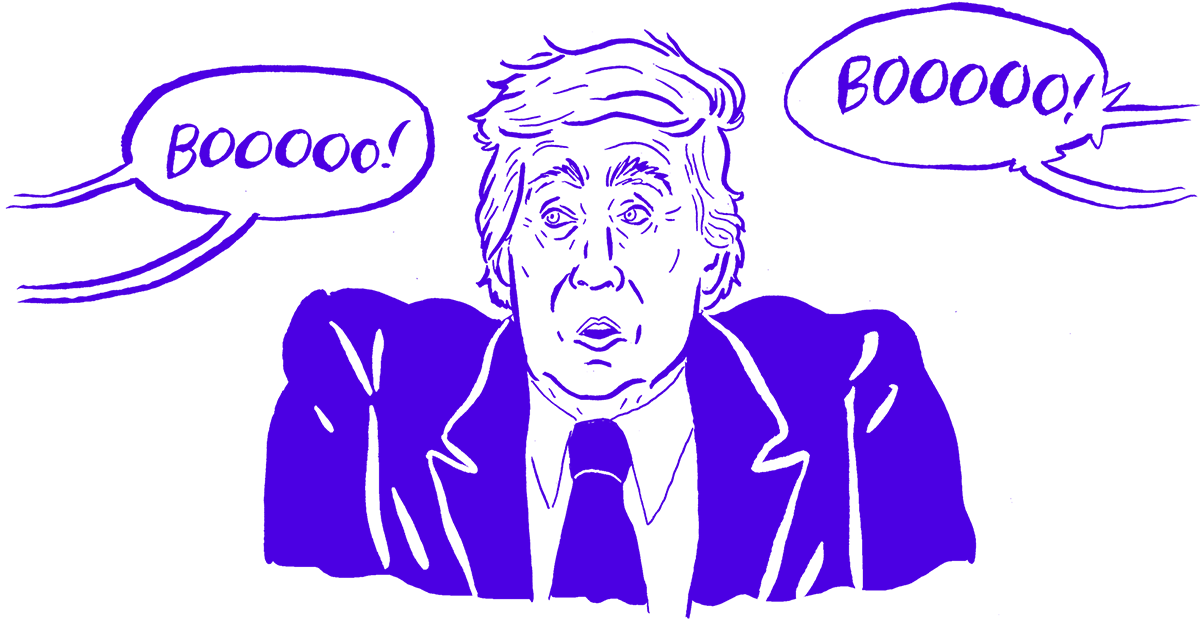 The agent for former NFL quarterback Johnny Manziel, displaying the art of the deal, gave the Canadian Football League’s Hamilton Tiger-Cats, who both own Manziel’s contractual rights and appear to be the only professional team that wants to hire him, until Jan. 31 to “work out a fair deal” with his client or the two “will turn our focus to several other professional options readily available to us.” Former NBA player Mychal Thompson, inadvertently shading his own son, Golden State Warriors guard Klay Thompson, went on a long, weird rant about players’ muscles, tweeting, “Wats happnd to Muscular ARMS in the NBA? Nobody has cut arms anymore … David Robinson and Corey Maggette had the BEST arms in NBA histry … Andre Iguadola is the ONLY guy in the league with MUSCULAR cut arms.” President Donald Trump, appearing at the College Football Playoff National Championship played between Georgia and Alabama, two states he won in the 2016 election, was booed by fans outside of Mercedes-Benz Stadium for delaying their entry into the game. LaVar Ball, doing everything in his power to launch a class-action lawsuit, received an F from the Better Business Bureau for his Big Baller Brand company based on 32 complaints filed against the business, including by one perturbed customer who was allegedly called a “small baller” for complaining about a six-week delay in receiving an order. 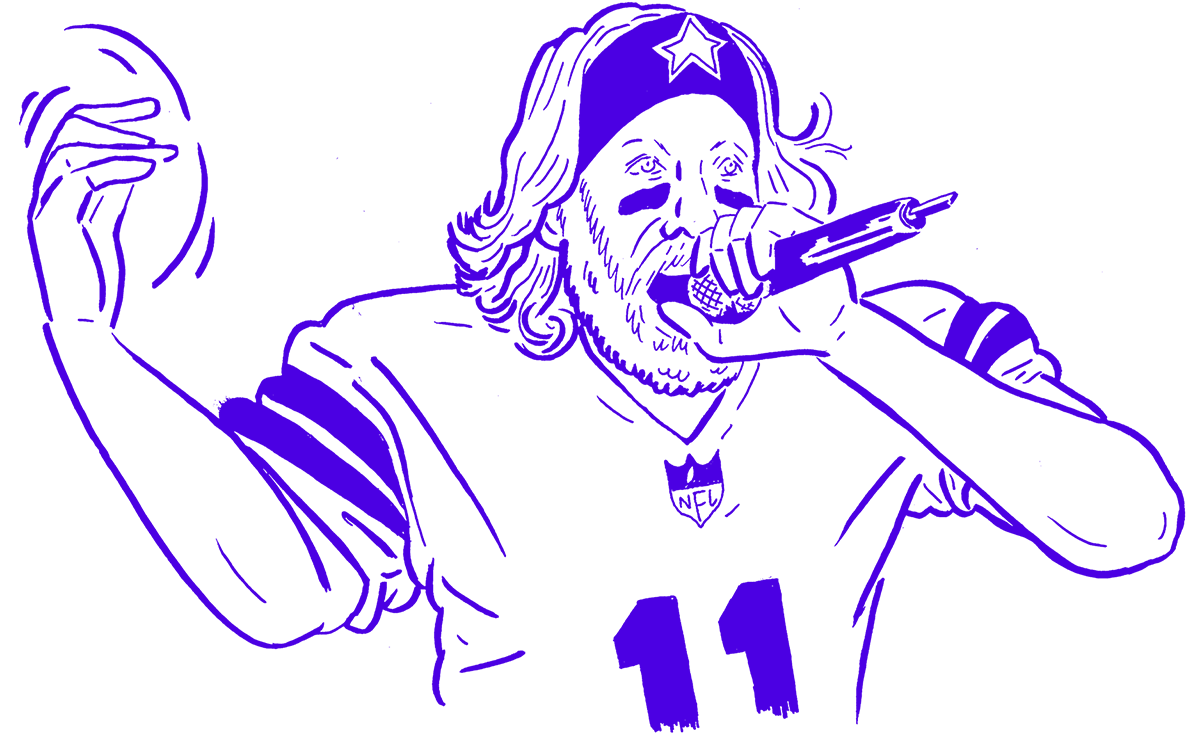 Cleveland Cavaliers guard and noted progressive J.R. Smith, in preparation for his Pipe 2020 campaign, tweeted that “health care should be free #JustWhatIBeThinking.” A Missouri man was arrested for punching a referee in the face during the man’s sister’s junior varsity high school basketball game; the man, honest if nothing else, told police: “I regret punching the ref in the face.” New Oakland Raiders coach Jon Gruden, not at all living in the past, told reporters at his introductory news conference that, in 2001, “Tom Brady fumbled that ball.” At the same news conference, Raiders owner and Lloyd Christmas stunt double Mark Davis thanked Gruden’s family “from the bottom of my heart for making my dream come true,” in regard to rehiring the former coach. Dallas Cowboys receiver Cole “B-Rabbit” Beasley is apparently a part-time rapper, spitting such notable bars as these: “Say hello to Mr. Slept On; early mornings, I ain’t slept long; big-headed so I’m head strong.” Detroit Pistons coach Stan Van Gundy, who once said former NBA commissioner David Stern does not “really tolerate other people’s opinions or free speech” and whose brother, Jeff, accused the NBA of costing Stan a media job, is threatening to revoke “extra access” from ESPN because of the media company’s coverage of LaVar Ball. 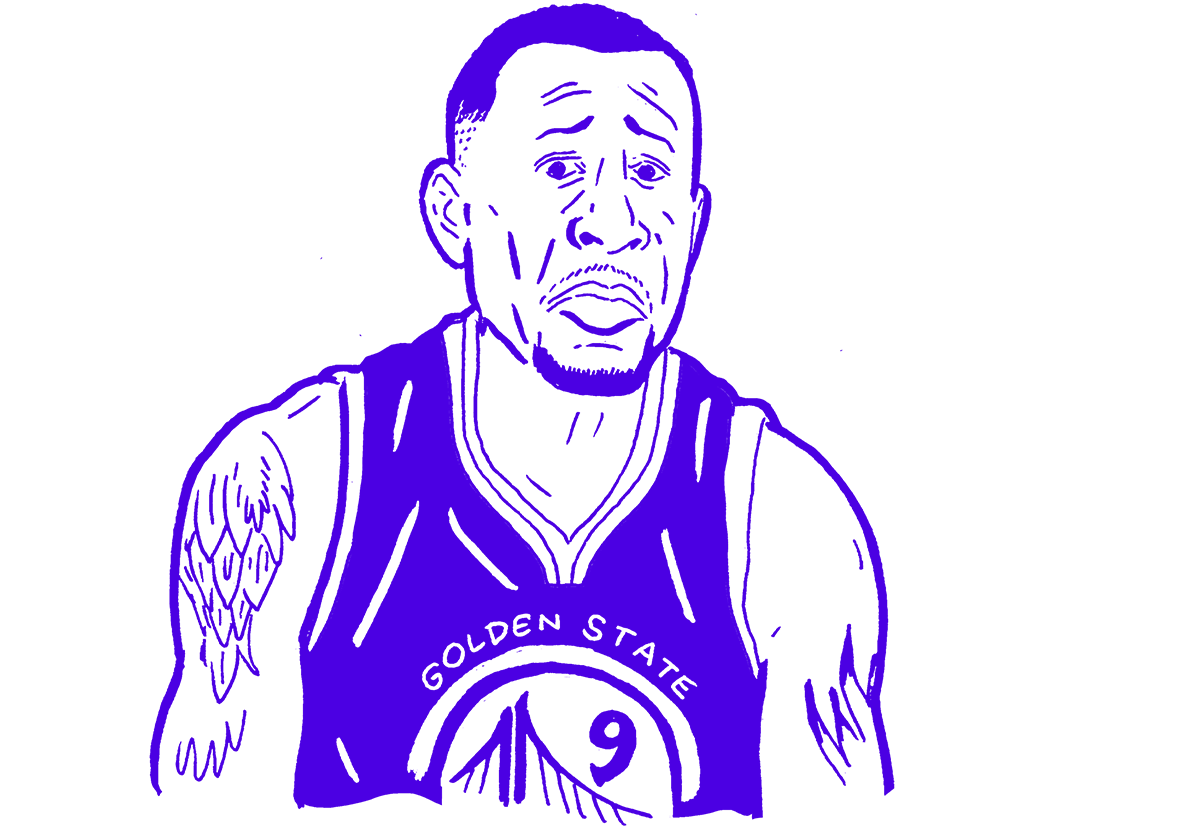 Retired boxer Floyd Mayweather, who has no known diagnosed concussions from his 20 years in the sport, responded to questions about the #MeToo sexual harassment movement by saying, “When somebody is like, ‘I got a Rolls-Royce,’ I be like, “Me too.” When somebody say they got a private jet, I say, ‘Me too. I got two. Me too.’ ” Golden State Warriors guard Andre Iguodala, keeping it real, told reporters, in response to shooting just 33 percent from the field over his past 10 games, “I just suck … play good defense though.” Georgetown assistant athletics director for marketing Chris Grosse, a man yelling at clouds, will institute an “Actual Reality (AR) Seating Section” that prevents fans from bringing cellphones to their seats. New York Knicks coach Jeff Hornacek, playing chess and not checkers, said, in response to his team having four centers in the era of small ball: “Some games we win with it, some games we lose with it. … We can go big and see what happens.”

Former Miami Dolphins assistant coach Chris Foerster, dubbed the “Cocaine-snorting Dolphins assistant” by the Miami Herald, called the video released of him snorting cocaine off his desk, which cost him his job — and, according to Foerster, possibly his marriage — a “divine intervention.” The NHL’s Vegas Golden Knights are beefing with The Troops, being accused by the U.S. Army of ripping off the “black+gold/yellow+white color scheme” of the Army’s parachute team; the Golden Knights, whose owner attended West Point, shot back that “we are not aware of a single complaint from anyone attending our games that they were expecting to see the parachute team and not a professional hockey game.” The NFL, picking up where Trump left off in America’s feud with the United Kingdom, is sending the main-event attraction Tennessee Titans, Jacksonville Jaguars and Los Angeles Chargers to London next season as part of the league’s International Series.