For this women’s football team and its founder, the motto is ‘I can play’ 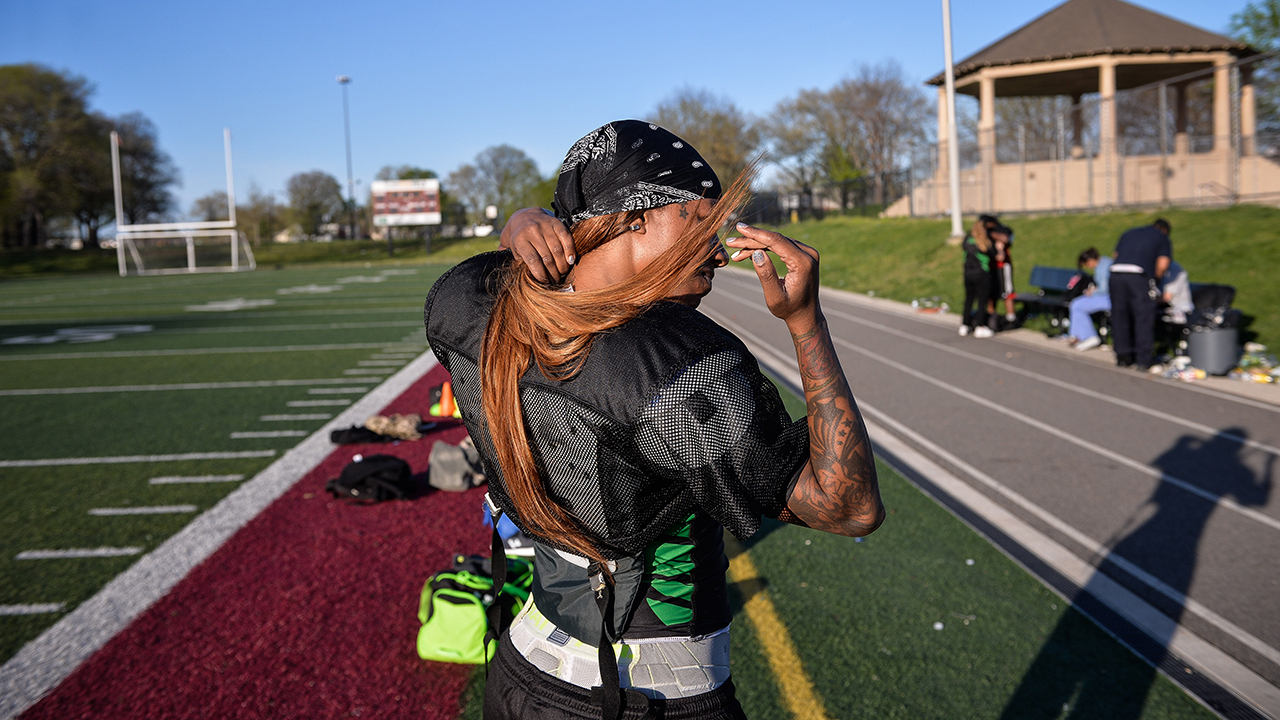 PHILADELPHIA — Sitting in her doctor’s office in early June, Star Wright didn’t know her football season was over, not yet.

But she had a feeling. The damage to her liver and spleen where the helmet had hit was too great, and the Women’s World Championship was too soon. She had bounced back from injuries before, though: a car accident that fractured her skull and crushed her ankle, a shoulder broken during her stint in the Lingerie League, a torn MCL.

The World Championship only comes around every four years, and at 34, this could be her last chance. “I feel like I can play,” she told the doctor.

“I can play.” It’s a phrase that sums up the determination and athleticism that define Wright’s life. It’s why she founded the Philadelphia Phantomz, a professional women’s tackle football team based in North Philadelphia.

Finishing their second season in June with a record of 4-4, the Phantomz are one of the newer additions to the Women’s Football Alliance, which now boasts 65 teams in the United States and Canada and is the largest of three women’s tackle leagues in the country, along with the Independent Women’s Football League and the United States Women’s Football League. They play their home games at Simon Gratz High School in North Philadelphia, where Wright lettered in swimming, basketball and track. Admission is $15, although the players aren’t paid.

Most of the women on the Phantomz were standout athletes in their youth. Some turned to football as a new opportunity for competitive play in their 20s and 30s. Others heard about the team from friends and decided to try out, seeking the camaraderie and motivational environment of the team. The 36 women on the Phantomz, who range in age from 18 to 51, often describe the team as a sisterhood.

“We teach women who’ve never played football, who know nothing about football,” said Wright, who plays linebacker and is the team’s president. “We teach them the ins and outs, how to compete and how to be players. And I think that contributes to becoming a family, too, like we’re friends where we care about each other.”

Many team members say that playing football is a chance for women to finally get the recognition they deserve, to prove they don’t need to play with men to compete at the highest level.

And let there be no doubt: These women hit hard.

“It’s very, very physical,” said running back Angie Wells, 30, who led the team in touchdowns this year despite constant knee pain from a previous surgery. “We don’t have a lot of subs. You get tired and it’s like the 12th round in a boxing match.”

“We’re trying to make a point here,” said linebacker Ebony Fowlkes, 30, an assistant basketball coach at Harcum College in nearby Bryn Mawr and its assistant director of residence life. “We’re trying to say that women can do anything.”

Charles Mostoller is a photojournalist, writer, and licensed drone pilot based in Philadelphia, Pennsylvania where he focuses on immigration and environmental issues.