With being an athlete there comes privilege and responsibility—mainly the responsibility to never stop seeking to understand your fellow citizen and neighbor—more importantly, the ones who aren’t exactly like you.

This has been my journey as I’ve stepped into the world of mass incarceration in America and how this phenomenon has unfairly impacted black and brown men and families.

I’ve witnessed double standards and unchecked power in our home of the United States and I’m moved to act.

The American dream of freedom for all of its diverse citizens can only work if we, the people, work it! And as athletes, we know the process to achieving goals better than most.

Don’t be afraid to use your voice to challenge our elected leaders to rise.

But let us also remind ourselves to rise as we step outside of our comfort zone to see people. Really see them.

Be genuine, be thoughtful, be selfless and watch the momentum build as others join in.

We shouldn’t bash or shame women or women of color for talking about their struggles and weaknesses. Because that’s being real. That’s being human.

Jemele Hill sat down with the WNBA star to talk about why she cares so much about doing the right thing.

That’s a nice not so humblebrag. [Laughs] You have four WNBA titles in seven seasons with the Lynx, obviously two college championships. You’ve been to the White House 50 times. [Laughs]
Something like that.

How do you think your success would be viewed if you were a man?
Hmm, if I was—wow. Goodness, I haven’t thought—

Serena Williams, for example, said that if she were a man she’d already be considered the greatest athlete ever.
Our society is still catching up to valuing what we do as females on the athletic field in a way that has as much respect and visibility as what the men have been doing for years. You think about Magic Johnson and Larry Bird and some of those pioneers that are allowing LeBron and Steph and Kevin to do the things they’re doing now. So I’m not really ashamed of where I’m at in the history of women’s sports. Years from now, another young woman in my position doing what I’m doing is going to get that type of attention and respect.

You’ve chosen to use your platform and get involved in issues that are kind of tricky and thorny. In July 2016, you, Seimone Augustus, Lindsay Whalen and Rebekkah Brunson chose to have a press conference to discuss the very serious issue of police brutality. What made you decide that was the moment?
It was a hard summer, 2016. We were really hurting in that moment when it was happening in our backyard of Minneapolis; the backyard of Seimone Augustus, who’s from Louisiana, and even the killing of the police down in Texas. It was all happening at the same time. So we just felt like we need to be more humans than athletes right now and to say something.

What was the backlash like?
The backlash wasn’t too crazy. We really tried to be thoughtful about respecting police. But we need everyone to rise. We need our leaders to continue to rise to end what seems preventable.

What was interesting was that Lindsay Whalen was involved. And for people who don’t know, she’s white. [Laughs]
Yes, on some days.

We don’t see a lot of white athletes who are visible when it comes to speaking out about racial issues and certainly not for something like police violence. In your locker room, what are the conversations about race like?
Lindsay loves her teammates. She has relationships with her teammates and attempts to know them. But she’s also a person who is ride or die. She’s down for her people and her family and her teammates.

Not just her, but Sue Bird, Breanna Stewart. There seems to be a different sense of solidarity between white and black athletes in the WNBA. We know you guys don’t make as much as male athletes, so in some respects you have even more to lose because you don’t have as much. So why do you think that level of fearlessness seems to exist among you?
I think there’s a pioneering, fighting kind of a spirit in the female athlete because, you know, we haven’t been raised on “All I have to do is play my sport and I’m going to have everything I want.” We’ve had to do extra and go above and beyond. And I think that builds a certain character in female athletes that gets shown in the best way when it comes to these social justice issues. It’s a natural extension of our experience, fighting for those eyeballs, for views, for attention. It’s the same thing; we’ve seen that cycle. We’ve seen the rhythm of the fight. I think the heart of the female athlete is so huge.

Did it ever cross your mind what you could potentially lose by doing this, be it sponsors, be it fans?
Sure.

And still you proceeded.
I think it was just more about being thoughtful and being honest. That was part of the reason we didn’t have as much fear, because we were just being honest and kind of raw about being a citizen of the United States at that moment.

But we’re in a league that is trying to gain momentum. And so any time you say something that can be controversial, you’re risking losing fans. You’re risking even moving your league back. But at the end of the day, I think that fearlessness is why people love us.

For you, it didn’t just stop at the press conference. You have chosen criminal justice reform and prosecutorial misconduct as the issues that have some meaning for you. Why is that?
About 10 years ago, my extended family that I grew up with in Missouri introduced me to a man who had been wrongfully convicted. And that was kind of the first time I had really thought about prison or people in prison, our prison system. His name is Jonathan Irons. And I was just outraged. I said how in the world does this 16-year-old get this sentencing without any physical evidence? I stepped outside of my middle-class comfort zone that I was raised in to really think, “Oh, if I didn’t have my mom, if I didn’t have my family, if I was a young black man at this time growing up without a lot of money and resources, what would my life be like?”

There seems to be a social and political awakening among a lot of athletes these days. Where do you think that’s coming from?
I really think some of it has to do with exposure, because we have so much access to information. And you’re seeing more athletes understand as they’ve gotten older, maybe, “I was one decision, one family away from being that person. And I’m really not that much different than this person over here, and I need to say something. I need to do something. I have been blessed with so much. I have a platform. I have a voice. I have financial means.” It’s contagious when one person decides to speak up for someone that doesn’t have a voice. I think attacking some of the structural, systematic things in our justice system is the next level of all this momentum.

With all these conversations, do you feel enough attention is being paid to the specific, unique issues that black women face? Because we have the double burden, right? We have race on one side. We have gender on the other. And sometimes those intertwine. I often make the joke that on any given day I’m either told to go write for Cosmo or go back to Africa.
Yes, there’s always going to be a need to equip and empower black women. And I’m so grateful to be standing on the shoulders of so many strong black women who have come before. And some in my family. And I just couldn’t imagine what growing up would be like if I didn’t have them to look to. And the more you see a young black girl get an opportunity, you can see neighborhoods change when you equip and empower young black women.

Obviously with black women, the No. 1 word that comes to mind is strength,
but do you feel like we’re allowed to be vulnerable at all?
That’s a great point, because it’s hard. We have this uncomfortable tension with strength and vulnerability. And we shouldn’t bash or shame women or women of color for talking about their struggles and weaknesses. Because that’s being real. That’s being human.

Is living overseas as a black woman kind of isolating?
Sure. [Laughs] You don’t think about some of the basic things, whether that’s, you know, I’ve got to make sure my hair’s done before I go overseas because it’s going to be three, four months before I’m going to have the hair care I need. Even facial products or just certain foods or conversation you have where there’s kind of that understanding of where you’ve been, where you’re from. At the same time, I love getting to learn and dive into other cultures and finding those connections with other people, with other women.

I’m sure you’ve probably heard this from some fans: They just want Maya Moore to stick to sports. What’s your response to people who maybe don’t want to see you in this other lane?
Surprisingly, and I don’t know if it’s just me because I don’t listen to a lot of people [laughs] outside of the people I’m intentionally trying to be around, but I’ve heard more and more people say, “Maya, thank you. You’re giving us a voice. Like, we need this more.” I’m a person, I’m a citizen and an athlete.

How do you want to be remembered as a person?
I just always like to take advantage of opportunities I have to cast life-giving visions. I think that is something I’ve been the beneficiary of with great coaches like Geno Auriemma and Cheryl Reeve on the Lynx right now. You need people to give you beautiful visions to run after. I get opportunities because of my platform to paint visions of “This is how good we can be.” That’s really what’s exciting me now and is going to last throughout my career. 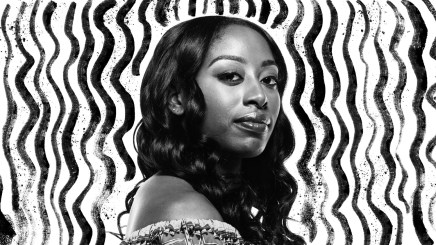 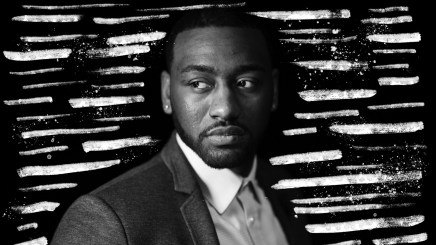 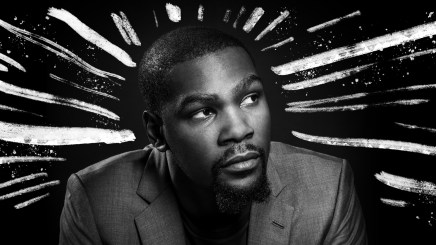