Steelers punter Pressley Harvin III: ‘Built like a linebacker who could punt the ball a mile’

For fun, Pressley Harvin III would host a kind of informal game show as a student at Georgia Tech. If someone realized he was a member of the Yellow Jackets football team, Harvin would toss out a question:

“So what position do I play?”

After a quick glance at his 5-foot-11, 260-pound frame, the responses would range from defensive tackle to offensive lineman, which prompted a gotcha smile from Harvin.

“They can’t believe I’m a punter, and that cracks me up,” Harvin said. “There’s such a stereotype on the positions that people play in football. But if a player gets an opportunity to play a different position, becomes pretty good and sticks with it, they can get to where I am [in the NFL].”

Harvin became the sixth Black punter in NFL history when the Pittsburgh Steelers announced their 53-player roster last week. It’s the latest in a number of firsts associated with Harvin’s career: He made NCAA history as the first Black man to win the Ray Guy Award for best punter in college football last year and led the nation averaging 48 yards per punt. He was selected by the Steelers in the seventh round, the only punter taken in this year’s draft. When he takes the field on Sunday at Buffalo, Harvin will be the league’s only Black punter and the first since Marquette King last kicked for the Denver Broncos in 2018.

Harvin said he’s humbled by all of the accolades, but more importantly, he’s able to shed light on a hidden legacy of Black punters and the opportunity to help create a generation of Black kickers.

Before Harvin received his inspiration, he played youth football while growing up in Alcolu, South Carolina. He mostly played center. That all changed on the third day of football tryouts in the seventh grade when Harvin chose to take one for the team.

“We didn’t have anyone who could kick,” he said. “I decided to try something new, thinking maybe I could help the team.”

Help indeed. With very little guidance, Harvin began to develop as a kicker by watching YouTube videos and training on his own. He took a major step when his parents signed him up for elite training his freshman year with Kohl’s Professional Football Kicking Camp.

Harvin has worked with Anthony Giugliano since. Giugliano, who kicked at Charleston Southern University, trained Harvin every other week during the summer until he went to college. 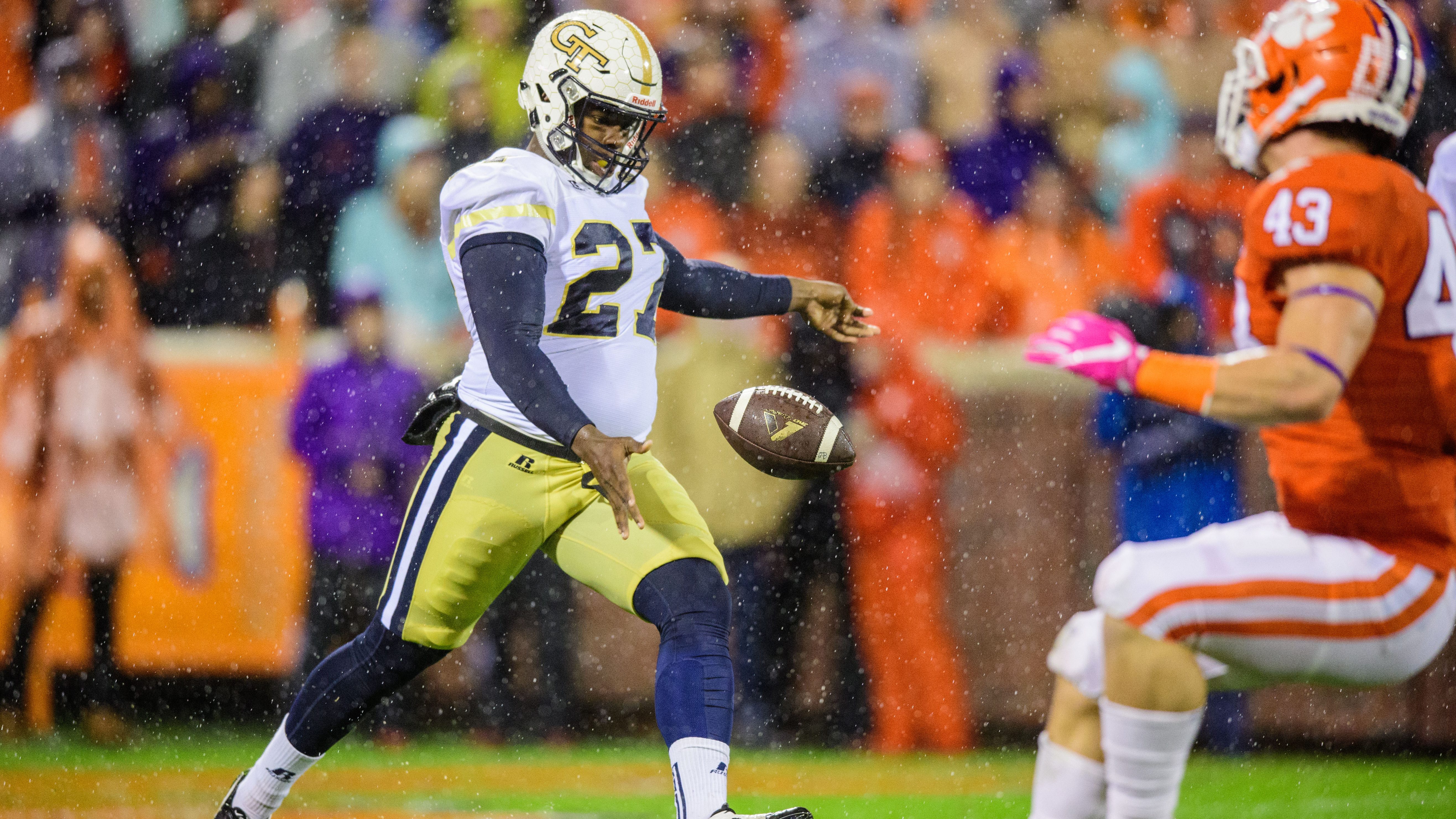 In football, it’s harder to find a black kicker than a black QBRead now

“He was always a God-gifted athlete, built like a linebacker who could punt the ball a mile,” said Giugliano, who leads Kohl’s South Carolina training division. “He was always willing to learn. I started showing him some film of college and pro guys and that’s when he honed in.”

Harvin said that was around the time he started to fall in love with the idea of being a punter — no more offensive line, no more tight end. It began to manifest over his high school years as he won several honors in camp competitions against some of the other elite kickers in the country. He averaged more than 51 yards per punt one summer and also averaged more than 44 yards with 4.45 seconds of hang time in another.

“I figured this would be my legitimate shot to get a college scholarship because there was no way I’d be able to play tight end at 5-11 in college,” Harvin said. “My parents supported me and we just made the commitment to see how far we could go.”

That journey did have a major challenge early on when one of Harvin’s high school coaches said he should stick with being a tight end because he’d never be anything as a punter.

“Looking back, nothing has motivated me more,” Harvin said. “Some coaches just want to do what’s best for their scheme. I’d love to tell [my coach] today how football isn’t just for his best interest but it’s also for whatever my best interest looks like, and that’s what I did.”

Harvin did plenty when he moved on to Georgia Tech. He averaged 44.7 yards per punt over his career, becoming only the school’s third All-American, joining Ken Swilling and Hall of Famer Calvin Johnson. Harvin’s four years in school also generated a highlight reel in 2019 when he threw a 41-yard touchdown pass on a fake punt.

Harvin’s exploits caught the eye of Greg Coleman, considered the NFL’s first Black punter to exclusively play the position. Coleman played from 1977 to 1988 with the Cleveland Browns, Minnesota Vikings and Washington Redskins. Coleman, who was inducted into the Black College Football Hall of Fame in June, invited Harvin to the ceremony.

“Not to put pressure on him, but I wanted him to see and understand what’s on his shoulders, and that the legacy can live on,” Coleman said.

“Greg really opened my eyes on how what he did gave me the opportunity to be where I am,” Harvin said. “He also told me that I don’t understand yet how much of an impact I’m going to have on the next generation of Black specialists.”

Before thoughts of an impact on future kickers, Harvin was in the midst of making an impression with the Steelers. He found himself in a battle with veteran Jordan Berry. This was a Steelers team that went through two punters last year, first signing Dustin Colquitt to replace Berry. Then, after just five games, the Steelers cut Colquitt and Berry returned for the rest of the season.

Harvin’s battle with Berry was more than how high and far he could kick the ball. There’s more to punting.

“Punting’s more strategic than it’s ever been,” said Harvin, who has a traditional punting style. “It’s about having your opponent start inside of the 20 or placing the ball in a certain position where you can get a tackle for better field position.”

That was on display during Harvin’s first preseason outing against the Dallas Cowboys in the Hall of Fame Game in Canton, Ohio.

His best kick was a 48-yarder that landed on the 1-yard line.

“Our special teams coach calls that prime beachfront real estate,” said Harvin, who plays the saxophone and also custom designs cars for fun. “That’s an important part of the field, not only by putting the ball in a good position but for the gunners to make a good play and down the ball before it goes into the end zone. It might not look good on paper for my average, but anything inside of the 20 is a win.”

Harvin finished the preseason averaging 45.8, 50 and 42.3 yards per punt in three preseason games. And four of his nine punts landed inside the 20.

The Steelers made their choice.

“After that first-game performance, everyone saw what he can do,” Giugliano said. “He’s confident and the Steelers are confident in him. I’m ecstatic for Pressley. I’ll see that first game. I already bought my ticket.”

Harvin’s childhood goal of playing in the NFL will officially be realized on Sunday, but he knows it’s just the start of reaching several current goals he hopes to achieve, such as providing a way for more Black youths to explore other positions in football such as punting and kicking, which can be expensive. Camps can cost thousands of dollars, and that doesn’t include the private lessons and film studies.

“My family always told me to think about the big picture,” Harvin said. “Live in the present, but also think on how you can use your present to reflect on how you want your future to be. I’m just trying to use my platform not only for just me, but to give back and maybe inspire a little kid, like how Reggie Roby inspired me.”