OAKLAND, Calif. — Stephen Curry had his daughter Riley watch the third episode of Stephen vs. The Game first because it centered on their family. As the 6-year-old saw some old family videos in the docuseries, she noticed something she had in common with her father.

“She thinks it’s crazy how much we look alike. I said, ‘That is how genetics work, babe,’ ” Curry told The Undefeated. “But even just in the process of making the documentary over the last year, all I know is some of the footage, whether it made it into the documentary or not, has given us the opportunity to remember this snapshot in and round out the story.”

Facebook Watch has had success with several athlete-centered series with the likes of Tom Brady, Lonzo Ball, Shaquille O’Neal and Anfernee “Penny” Hardaway. On Thursday, it will debut Stephen vs. The Game, directed by Gotham Chopra, which offers a behind-the-scenes look at the two-time NBA MVP’s life: his upbringing, marriage, religious faith, fatherhood, work ethic and challenges.

Curry spoke about the docuseries before the Golden State Warriors’ 115-109 victory over the Houston Rockets on Tuesday night in which he suffered a dislocated middle finger on his left hand. “It’s a culmination of a lot of different forces that work for me in terms of timing for me and my family,” he said. “We understand the opportunity we have with this platform and the journey we have with this team. It’s stuff that people think they know but don’t really know. This is an opportunity to share what has made me, me, in terms of family, my faith, from the time I was born until now.”

Curry, who has 8.2 million Facebook followers, said he plans to watch the entire series with his family starting next week — when he can find time in the midst of the postseason.

He debuted Stephen vs. The Game on April 1 at Oakland’s historic 16th Street Station in front of a packed house of media, family, friends and co-workers. The first episode showed the Curry family at home preparing to attend the Warriors’ 2018 NBA championship parade in downtown Oakland. There is also footage of Curry working out in preparation for this current NBA season. But what seemed to catch the audience’s attention the most was the footage from his youth when his father, Dell, was a star guard with the Charlotte Hornets. 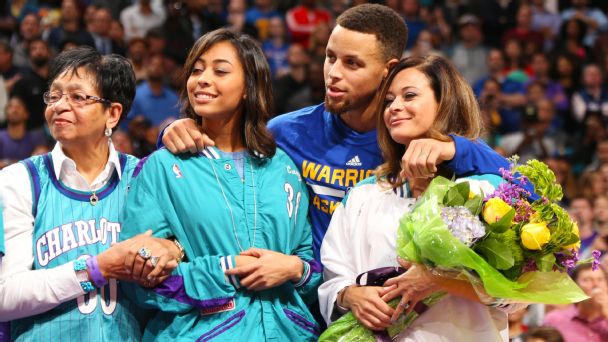 “What stood out was probably all the stuff from the Hornets days when I was sitting on my dad or my mom’s lap when my dad was doing his time in Charlotte,” Curry said. “It’s crazy like, thinking, like, [now] that’s Riley, Ryan or Canon sitting on me and [my wife] Ayesha’s lap talking about the same stuff. But it’s a different era. I haven’t seen that type of footage with how young my parents look at the time, when they were just starting their journey with their family. And now, me and Ayesha are doing the same thing.”

Golden State Warriors guard Stephen Curry is joined by daughter Riley at a news conference after Game 5 of the NBA basketball Western Conference finals against the Houston Rockets in Oakland, California, on May 27, 2015. Ben Margot/AP Photo 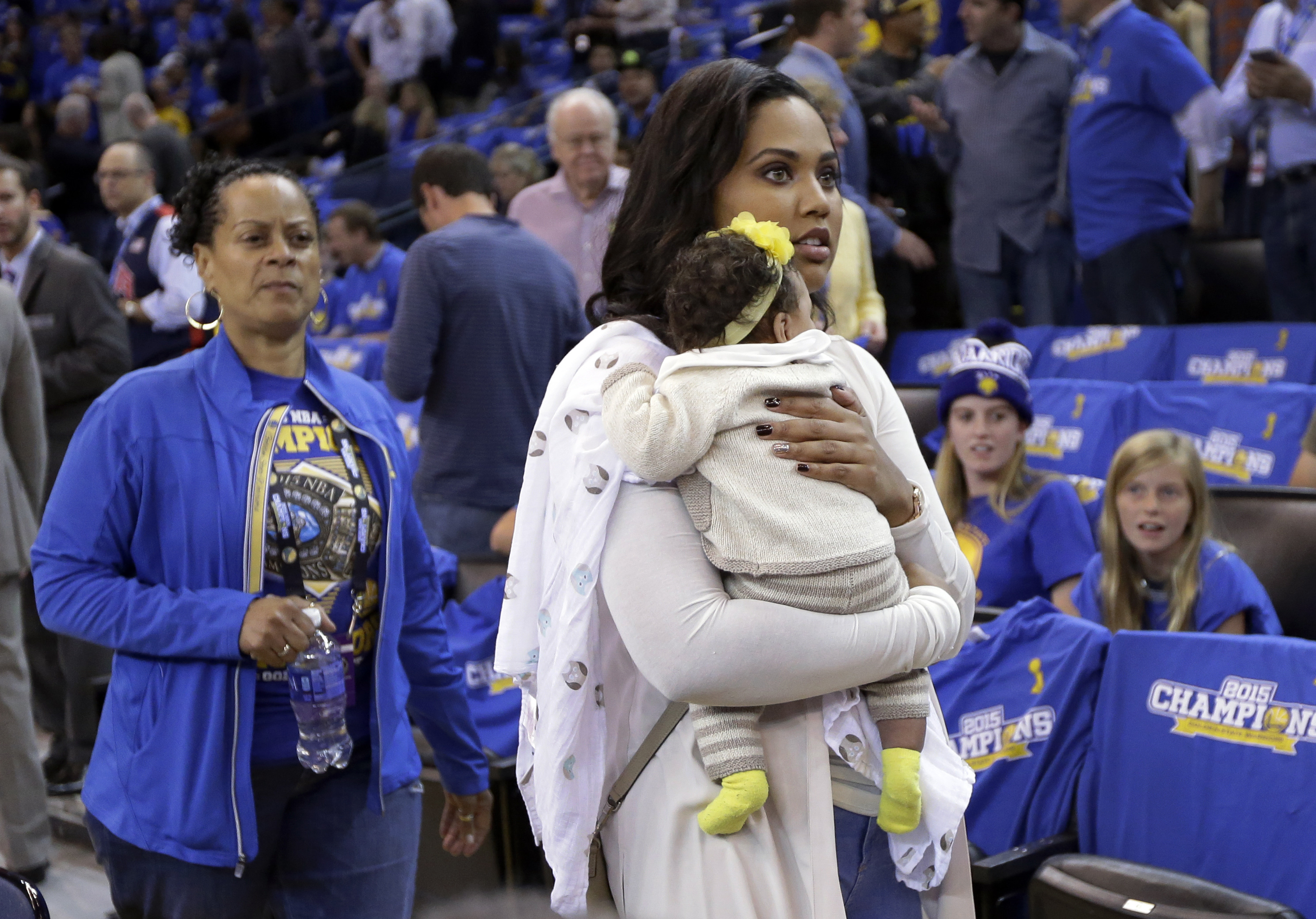 Ayesha Curry, wife of the Golden State Warriors’ Stephen Curry, holds daughter Ryan as they arrive at Oracle Arena for a game against the New Orleans Pelicans on Oct. 27, 2015. Ben Margot/AP Photo

Stephen Curry and his son, Canon, pose for a photo on March 31 before a game against the Charlotte Hornets. Noah Graham/NBAE via Getty Images

Remember when Riley was on her dad’s lap during the 2015 NBA Finals? Seeing Riley, her sister, Ryan, and infant brother, Canon, has become commonplace. During the filming, however, Curry said he and his wife were protective of their children.

“I didn’t want to disrupt anything they normally do in terms of their routines on a daily basis,” Curry said. “But we were able to protect that during the filming of the show in terms of who we are as a family, how amazing their personalities are and how much joy they bring me and Ayesha. When you get into this space, there is a fine balance of overexposure and too many cameras around and things like that. But working with Gotham, Religion of Sports and my team, we try to make sure it was authentic and protected their privacy.”

Curry hopes viewers will learn how important his family, upbringing, Christian faith and team are to him.

“It’s an opportunity for me to open the veil a little bit in terms of team challenges that we face throughout the journey and the chasing of the championship,” Curry said. “And faith as well. From the jump, that was part of the way I saw the world and finding my purpose. Hopefully, people can be inspired in terms of finding passion, joy and purpose in life for themselves. And confidence too.”