Stephon Marbury on how the coronavirus has affected his family

Former two-time NBA All-Star Stephon Marbury spoke with The Undefeated from Beijing Tuesday morning about his quest to bring 10 million N95 masks to his hometown of New York to help fight the spread of the COVID-19 virus. The current head coach of the Beijing Royal Fighters has a deal to purchase 10 million masks for a bargain $2.75 each for New Yorkers from a Chinese supplier, The New York Post reported on Sunday.

Marbury, who is back in China anticipating that the CBA’s season will return to action in late April, also told The Undefeated that his cousin, the older brother of former NBA guard Sebastian Telfair, recently died from COVID-19 in New York City.

The following are excerpts from Marbury’s interview.

I know that was something that people were saying that people didn’t need, but that’s a strong need. One of the things that I learned and saw from living in China and being here is that when the virus outbreak arrived, everyone wore a mask because nobody knew who had the virus. … People cough all the time. When people were saying to me, ‘Oh, you don’t need a mask.’ They’re probably saying that you don’t need the mask from a doctor standpoint. But you don’t know which person has this virus and people sneeze and cough and talk all the time. So, are you going to stop that?

For me, knowing that was one of the main things that was needed from being in America and being out in New York and seeing how many people were walking around looking at me when I had on a mask, like, ‘Why you got a mask on?’ And I’m like, ‘You should have a mask on. It’s so important. It’s so vital.’ So, the Brooklyn borough president, he reached out to me about helping him source some masks and other things. My focus has been on the mask and there are other things that I’m trying to help for the medical staff. They need robes, they need the gowns, the goggles, all of these different things are needed. And you know, I have friends that know people [in China] in all of these different areas at the manufacturer.

So, I’ve been pretty much speaking to them and trying to accumulate and get everything from my country, for Coney Island, for Brooklyn, for New York City. It’s been a real challenge for me seeing all of us going on where I’m from. Anybody that knows me know how I feel about Coney Island and about New York. I’m a real New York kid.

Marbury on how COVID-19 has affected his family

I lost my cousin to this virus. My little cousin [former NBA guard] Sebastian [Telfair] has an older brother. We lost him two days ago. His mom is fighting for her life right now because of the virus. So, it’s pretty difficult in this trying time and staying on focus and trying to handle the things that I need to handle for my mom and them. They’re nervous about my aunt. …

I literally have family members that are in a space where my aunt is fighting for her life. And her son just passed away while she’s in an induced coma. She doesn’t even know. My family is just like on pins and needles with what’s going on.

I’m constantly being informed about what was going on because, I mean, this is my home as well, China. So, I’m having this feeling about what’s happening with my friends, the people that I love here and seeing how everything was taking place. And then, you know, it was calming down and then during this time I was trying to speak and talk to my family about it ’cause I was learning what was going on in China. I was learning what was going on because they were speaking and talking about this can possibly spread around the world.

So immediately, I’m thinking about my moms and they were saying that the older people are the most, or the ones that can die from it faster than anybody. I automatically start thinking about my mom. I started educating myself about what was going on and how everything was taking place. … So, during this time when I’m home, I’m telling everybody, I’m speaking about it, you know, talking on live, posting stuff about this, what’s going on with this virus? Nobody was paying attention. I told my mom that I felt like I was in a glass bottle screaming and nobody could hear me while I was telling people this is serious. 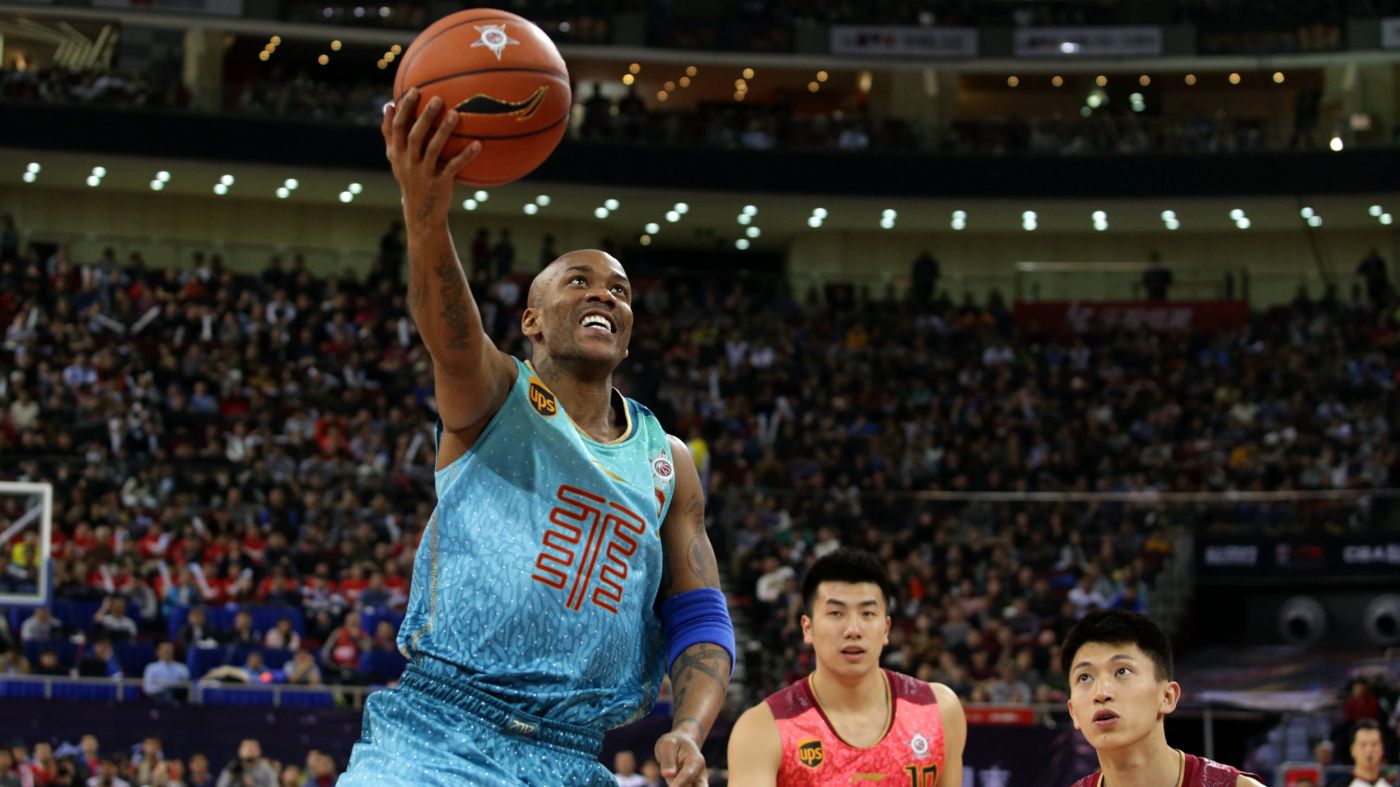 The end of April.

Did you reach out to the NBA about COVID-19?

I sent [NBA commissioner] Adam Silver an email March 8. I said in the email, ‘You guys got to stop.’ I said, ‘This is not good. You got, like, 17,000, 18,000 people going to games and people don’t know if they’re infected or not. This could happen. One of the basketball players can get infected. Anything can happen.’ He was like, ‘Stephon, thank you for so much for sending me this email.’ My concern is for everybody. It’s bigger than basketball. You got guys getting sick and they can’t play. I mean, what’s the use? There is no point or no purpose. I think that it’s going to be a really big challenge for the [NBA] season to get going this year.

On how to solve COVID-19 worldwide