‘For those of us in the sports world, Jackie Robinson probably represents Black History Month as well as any person possibly could.’

The Golden State Warriors head coach wore a black T-shirt that read “Jackie Robinson 1919-2019” inside a design of an enlarged baseball during his news conference before a game against the Philadelphia 76ers on Thursday night. On April 15, 1947, Robinson became the first African-American to play major league baseball in the modern era. The legendary Baseball Hall of Famer died at age 53 on Oct. 24, 1972, and would have turned 100 on Thursday if he were still alive.

“Tomorrow is the first day of Black History Month,” said Kerr, who was given the Robinson T-shirt by Warriors vice president of communications Raymond Ridder. “For those of us in the sports world, Jackie Robinson probably represents Black History Month as well as any person possibly could. The impact, the adversity he faced, the success he had, the roads he paved for so many people in this country, is pretty inspiring.” 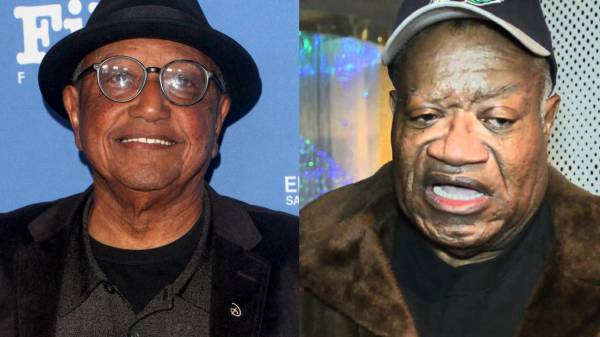 The Warriors join their NBA family in celebrating Black History Month in February with several planned activities at games.

The Warriors will have a halftime performance by the Preservation Hall Jazz Band on Saturday, celebrate U.S. Olympian Tommie Smith, who raised a fist for injustice during the 1968 Games, on Feb. 6, have a “Black History is Golden” T-shirt giveaway on Feb. 10, and more. Several Warriors players plan to take part in community outreach in the San Francisco Bay Area this month. The Warriors will celebrate Black History Month through a multimedia partnership with BAYCAT Academy, a nonprofit that “educates, empowers and employs youth to produce digital media.” The two-time defending NBA champions also plan to assist the Obama Foundation’s My Brother’s Keeper Alliance with a book drive during a Feb. 12 game against the Utah Jazz. The donated books will be given to schools in Oakland and San Francisco on Feb. 18 during the Obama Foundation’s Day of Service.

“As you get older, you learn about the civil rights movement and what [Jackie Robinson] endured and meant to sports and African-Americans. He was a pioneer,” Kerr said of No. 42. “I wanted to honor him today in what would be his 100th birthday.”