The story of the Suns: ‘Every game means something’

The youngest team in the NBA bubble is watching, learning and winning

The surprise story of the NBA’s restart, the undefeated-in-the-bubble Suns have a chance to make the playoffs despite resuming the season with the worst record (26-39) among the West teams invited to Orlando, Florida.

In short, the Suns were heavy underdogs to make the playoffs before going 7-0 during the restart.

“I am not built like that to listen to the odds,” Booker told The Undefeated. “We came with the mindset that we try to win every basketball game. Each day we try to be a better man and a better player. That’s the approach.”

To clinch a spot in the play-in game Saturday for a possible playoff berth, the Suns, who are tied for ninth in the West, still need some help. Besides needing to win their game Thursday against the Dallas Mavericks, they’ll need either the Memphis Grizzlies or Portland Trail Blazers to lose their last game.

But regardless of Thursday’s outcome, the trip has been a huge success for the Suns.

“We came into this thing with a sincere one game, practice, video session at a time,” head coach Monty Williams told The Undefeated. “We came here taking care of business.” 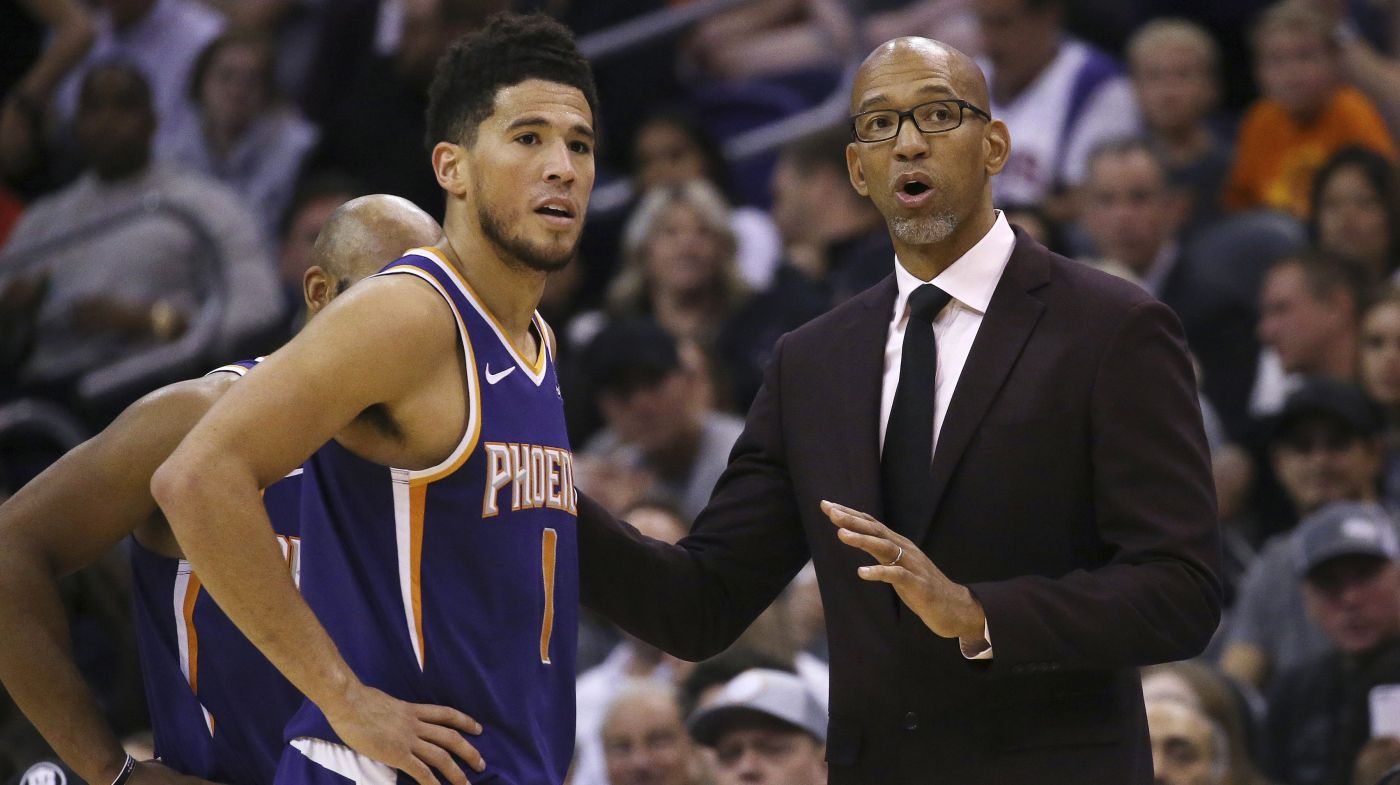 While that included the goal of winning games, a big part of the agenda was also to get to know each other.

On one occasion, Williams let his players see a different side of him. As his players were swimming in the hotel pool, the 48-year-old coach jumped in … with his clothes and shoes on.

“They portray me as boring and stoic. I probably like that,” Williams said. “But in a different light, I’m a lot like them. It was pretty fun.”

The team has also benefited from being in the same hotel as veteran teams, including the Blazers and San Antonio Spurs. Williams said that instead of being intimidated by seeing their opponents in the halls, the Suns have watched and learned from the likes of Spurs head coach Gregg Popovich and Blazers stars Damian Lillard and Carmelo Anthony.

“You can tell people about a place on Earth, but until they do it, they don’t know about playing in the playoffs and against high-level teams,” Williams said. “The bonding that is happening. They were already tight, but now they sacrifice for one another. The experience is just something you can’t replace. We’re hopeful it will build into something for years to come.

“You walk in the hallway and see Coach Pop. You see the habits of Damian Lillard. See his leadership. See Carmelo and see his personality. You can’t choreograph this.”

Williams said before arriving to Orlando that he was also excited for the Suns to make the trip so the world can finally see Booker play.

When Booker got the news in June that the Suns were invited to Orlando, he texted his first-year head coach immediately.

“I let him know I’m ready. Ready to take this on,” said Booker, who has developed a strong relationship with Williams. “He’s done a great job holding everyone accountable, teaching everybody and building that culture. He’s teaching everyone how to approach the game. He’s been in that winning environment before and he knows what it takes. I sent that message to him and we’ve been building from the moment we found out we were coming out here.”

Booker, who is wearing “Equality” as his social justice message in Orlando, has not disappointed. The first-time All-Star entered Thursday fourth in the bubble in scoring, averaging 31 points per game. He is also contributing 6.1 assists and 4.6 rebounds. And he made a game-winning jumper at the buzzer on Aug. 4 that led to a 117-115 win over the LA Clippers. 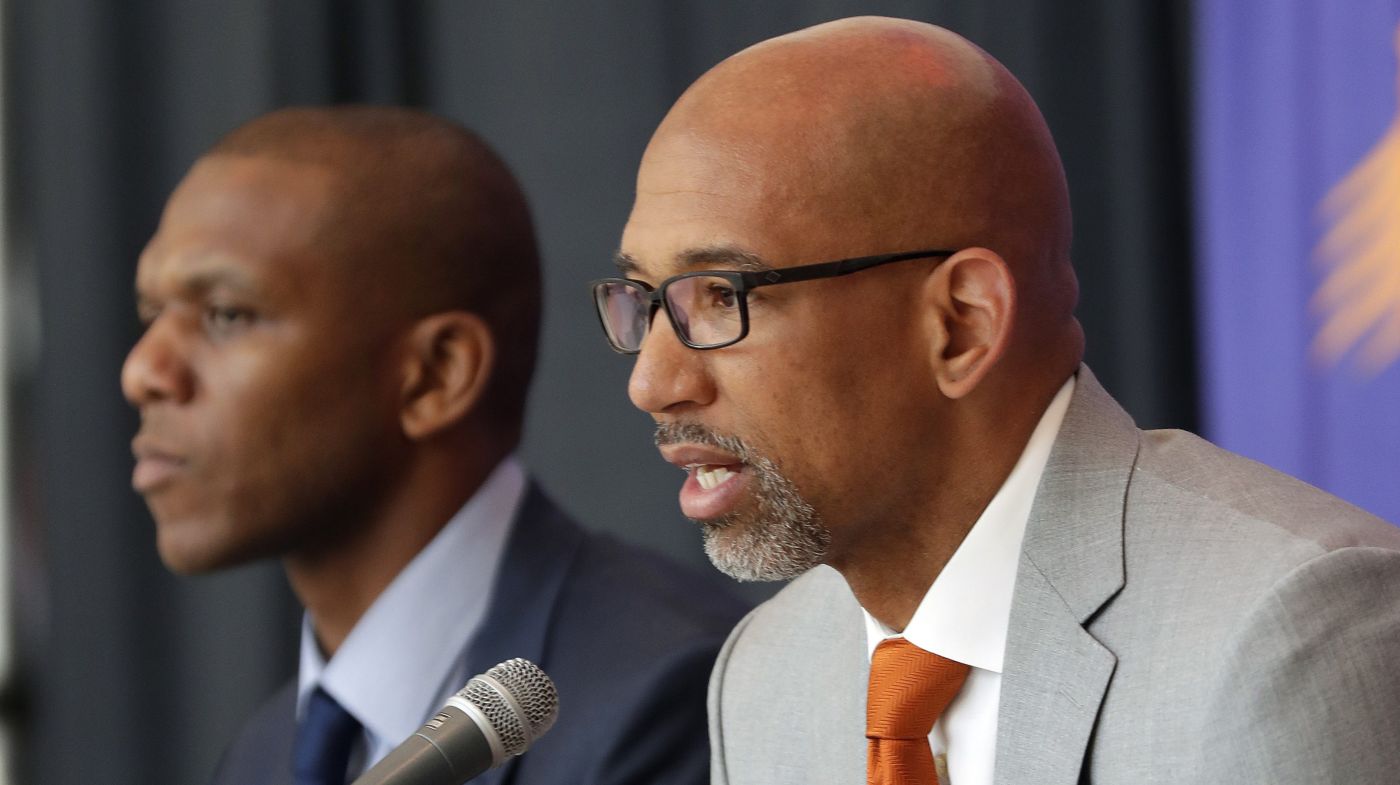 Booker and Lillard appear to be the front-runners for the MVP award for the seeding games. Booker, however, says he is more concerned about getting the Suns to the playoffs.

“I am so locked in. I am a fan of this game. I have been for a long time. So, I do a good job of filtering,” Booker said. “I put a lot of hours into the game to make my own judgment on the court rather than listen to what other people say.”

If Booker and the Suns can pull off what once seemed impossible, it will be Booker’s first trip to the playoffs and the team’s first appearance since 2010.

If they fall short, the franchise still appears to have a bright future with a roster full of young talent, including Deandre Ayton, Kelly Oubre, Mikal Bridges, Jevon Carter and rookie sensation Cameron Johnson. Phoenix has the youngest team in Orlando at 24.6 years of age. A Suns source said that despite their youth, the players have come back focused and more mature in preparation for the trip to Walt Disney World.

“We have some hoopers out here,” Booker said. “I think our young guys, Mikal and Cam [Johnson], Cam Payne and JC, have been unbelievable. But having that first year in the NBA, having two to three months to see what is going on, settle down and come back into the season, has been a tremendous help for us.”

Playoffs or not, the Suns couldn’t have asked for a more productive trip.

“Every game means something,” Williams said. “We’re the youngest team in the whole joint.”