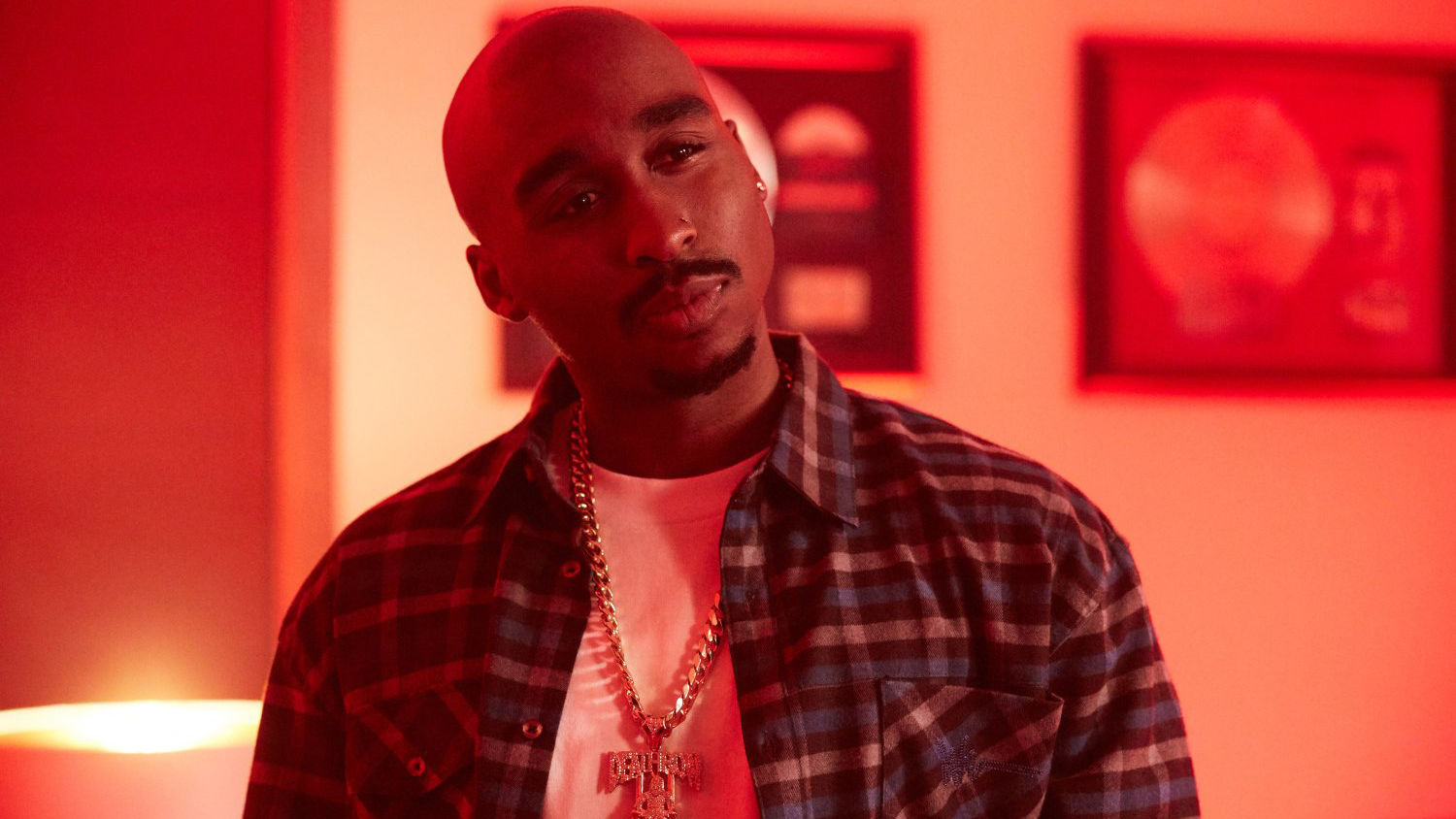 Demetrius Shipp Jr. as Tupac Shakur in the movie “All Eyez on Me.” Quantrell Colbert

Summer 2017 movies are full of melanin and just plain cool

All that hot weather we’ve been wishing, hoping and praying for has finally arrived — so now it’s time to head indoors! Go ahead and pack your snacks — and stuff ’em far down in your purse: Summer movie (and blockbuster) season is upon us. A number of highly anticipated films are finally hitting the multiplex, and The Undefeated Culture team has you covered on which ones are worth ordering online in advance. Now, let’s all go to the movies!

Baywatch? More like Baewatch, amirite? Either way, Dwayne “The Rock” Johnson’s new film surely will be an excellent introduction to summer blockbusters everywhere. At 45, and fresh off so much success of The Fate of the Furious that there’s talk of his own spinoff, Johnson is at his absolute best. He can do big-deal movie thrillers, premium cable TV shows, prime-time network sketch comedy or just about anything else he decides to take on. In this film, he brings David Hasselhoff’s beloved ’90s TV series to the big screen and teaches a new recruit (played by Efron) the tricks of the trade, all in the name of solving a big old criminal plot. We smell what’s cooking.

Kevin Hart already took home an award for Captain Underpants: The First Epic Movie — well, sort of. After the animated film’s late May premiere, Hart presented and jokingly accepted the award for “top collaboration” at the Billboard Music Awards with Underpants co-star Helms. In the film, based upon Dav Pilkey’s best-selling children’s novel series, Hart voices fourth-grader George Beard, who teams up with his best friend Harold Hutchins (Thomas Middleditch) to hypnotize their cruel school principal, Mr. Krupp (Helms), into believing he’s Captain Underpants, the hero of the comics that George and Harold write together. Peele follows up his critically acclaimed thriller Get Out as the voice of George and Harold’s nemesis: child prodigy Melvin Sneedly. Watch out, Despicable Me 3 — Captain Underpants might just be the best animated movie of the summer.

Some of us have been waiting for a Wonder Woman feature film since Lynda Carter twirled her way into superhero lore back in the ’70s. So, stakes is high (as De La Soul would say) for the first female-led film to flesh out the mythic story of Princess Diana since Jennifer Garner portrayed Elektra in 2005. Israeli actress Gal Gadot, best known for playing Gisele Yashar in the unstoppable Fast & Furious movie franchise, is the perfect behind-kicking, take-no-prisoners crime fighter.

Courtney B. Vance continues to ride high on his Emmy-winning portrayal of famed attorney Johnnie Cochran in FX’s The People vs. O.J. Simpson. In Mummy month, Vance takes on his newest challenge, starring alongside Cruise, Wallis and Boutella in a reboot of the box office series that Brendan Fraser made an international success (and inspired a roller coaster!). Vance plays a colonel in the film.

After years of setbacks and legal dramas, the life and times of Tupac Shakur will hit the big screen in one of the most anticipated films of the year. Shakur’s saga has been the subject of seemingly countless documentaries since his 1996 murder, including a highly anticipated Steve McQueen-directed doc, but Eyez ranks as the first time ’Pac’s story receives the biopic treatment. And, much like the man himself, the film doesn’t come without its share of controversy. Shakur’s family does not support the movie, according to sources. So it’ll be interesting to see how the depiction of rap’s most beloved martyr plays out.

If you’ve got the kids with you, it’s probably best you don’t take them to see All Eyez On Me. However, variety is the spice of life, and while Kerry Washington is the proud mom of Isabelle, 2, and Caleb, 5 months, it’s going to be a while before they understand the significance of mom’s fabled role as Olivia Pope on ABC’s Scandal. That being said, it’s easy to imagine Mama Washington as very happy showing her kids her first animated role. She’ll be playing Natalie Certain. In her words, Certain is the “super-smarty-pants statistician” who “knows everything there is to know about the ins and outs of statistics when it comes to racing.” Vroom.

C’mon, son. Not another Transformers movie. This is the fifth installment of the series that debuted in 2007 with Shia LaBeouf in the lead. With Michael Bay in the director’s chair, these films are guaranteed to be action-packed, and people love them enough to have turned Transformers into a billion-dollar franchise. But, man, the plots of the past few movies have been absolute struggles, and now Mark Wahlberg is the main character. Meh. Will we go see Transformers: The Last Knight this summer? Probably, even though Tyrese reportedly won’t appear in this one. But that doesn’t mean we can’t support the homie Jerrod Carmichael!

So there are cannibals. Yep. From the director of the buzzy “first Iranian vampire Western” emerges a film around a bunch of steroid-abusing weightlifters living in a camp based in what screams dystopian America. There’s a cult leader in another place called Comfort, and everything seems to be a comment on everything going on right now in real life. The film has been called “creepy … savage,” and if that’s your cup of tea, with Lisa Bonet’s husband Jason Momoa on deck as well, then your summer is already made.

Yasssss to having a tiny bit of anticipation for this film: It’s been described as “an action movie … powered by music.” Prepare yourself for some laughs now, ’cause Driver — though Wright calls it “visceral, darker, more cynical” — is sure to spark an LOL or two or three. We haven’t seen Jamie Foxx and Kevin Spacey in the same film since Seth Gordon’s 2011 Horrible Bosses, and they had us cracking up, all up and through there. This action-packed “dark” comedy is the fix you need if you like fast cars, crime and humor. It involves a not-well-planned heist that could take a wrong turn at any time. The getaway driver is a kid named Baby who was browbeaten into working for the biggest boss (Spacey, not Rick Ross) in the crime business. Foxx plays the role of Bats, part of the crime crew.

Peter Parker just wants to be a normal kid. But we all know he can’t be because of a bite from a genetically modified gangster spider that gives him superhuman spidey qualities. We’re thrilled about this reboot because it’ll be far more multicultural than we’ve seen from this series before — joining the cast are Zendaya as the super-smart Michelle, Buress as a know-nothing gym teacher and Bokeem Woodbine as Shocker, a criminal who is going to give Spider-Man a run for his web. Also in this film are Garcelle Beauvais and Donald Glover. It’s lit!

Basically: a super-scary movie about being careful what you wish for. King, who was so great in 2013’s The Conjuring, gets seven wishes from her hoarder dad, and what had been a life of embarrassment and sadness is suddenly all gravy — until it isn’t. The Walking Dead’s Park (formerly of Nickelodeon’s Instant Mom) is in a classic best friend role.

Having already made its way around the festival circuit to rave reviews, this film, set in Victorian England and focused clearly on “themes of abuse, violence, race and class,” is a summer thriller you can’t miss. Plus, it apparently has “more black characters than all the Austens and Downtons put together.” A racially ambiguous Cosmo Jarvis stars opposite his lover, lady of the house Florence Pugh. Naomi Ackie plays a maid, but this is not The Help. An adaptation of Nikolai Leskov’s 1865 Lady Macbeth of the Mtsensk District, this film is noir-ish, it’s sexy and, perhaps most alluring of all, it’s quite the opposite of the typical, whitewashed 19th-century period film.

War for the Planet of the Apes | July 14

Valerian and the City of a Thousand Planets | July 21

If you’re into sci-fi flicks where groups of species live in perfect harmony appreciating diverse cultures and experiences until an antagonist threatens to destroy everything with a pulse, this one’s for you. As it relates to Rihanna? The “Needed Me” singer stars as a shape-shifting entertainer named Bubble, and director Luc Besson described her as a complete joy to work with. The futuristic thriller is just the latest in a growing thespian résumé for RihRih. She starred as Marion Crane in the final season of Bates Motel and has a leading role in the new Ocean’s Eleven all-ladies-everything adaptation, Ocean’s Eight.

We’ve never seen black women on film like this before — sex-positive, carefree and ready for the turn-up. From producer extraordinaire Will Packer, four college friends reunite and head down to New Orleans for the Essence Festival seeking a much-needed reprieve from the melodramas of everyday life. The girls are on tilt: A lot of raunchy, good-natured fun goes down — and we’re all the way here for it.

Yo, Stringer Bell is back! The fine-as-hell criminal mastermind is not playing with these Dominican and Greek drug lords who are out here trying to mess with his money on the rough streets of Baltimore. OK, that’s a lie. But some of us love The Wire and Idris Elba so much that things like movie plots, co-stars and origin story revelations are completely immaterial. So: all right, fine. Elba plays the last Gunslinger, a heroic savior in Stephen King’s sci-fi multiverse book series of the same name. He’s trying to save the Dark Tower from falling and keep civilization from crumbling, or some such thing. Whatever. Did we mention that Idris Elba is in it and has, like, a lot of scenes in the whole movie? Yeah, some of us are very excited.

Please, please, please let this film, which is a kind of behind-the-scenes of the 1967 Detroit riots, be on the up-and-up. Folks were nervous (and rightly so) because, according to the initial trailer and the IMDB credit list, there appears to be an erasure of black women. From the director of Zero Dark Thirty, this film is poised to tell the story of the horrifyingly relevant Algiers Motel Incident that occurred during the 1967 racial unrest in the Motor City, which was then perhaps the most industrially significant city in the nation.

O’Shea Jr. takes on his next big screen task — but this time he’s not playing his famous father. Instead, it’s a supporting role as Aubrey Plaza’s love interest in the dark comedy that won the Waldo Salt Screenwriting Award at this year’s Sundance Festival. Jackson credited his real-life love of Batman, of all things, with helping him land the role: His character in the film is a screenwriter obsessed with the legendary superhero.

Listen. Maya Rudolph and all her “funniness” can never steer you wrong, even in animation. Whether you’re planning a staycation with the kids or you want to keep them busy on a random day, this summer movie will do the trick. Nutjob 2: Nutty By Nature picks up with Surly Squirrel and his homies. This time they are battling the evil mayor of Oakton, who is trying to get rid of their home, Liberty Park, to build an amusement park. But these animal friends are not at all here for it. They’re taking back their territory.

What we do know is there is a whole lot of profanity in this R-rated buddy movie: Jackson is a superefficient hitman who must be guarded by the exasperated Reynolds. Not every black and white character-driven smart-guy bromance can be the original 1982 48 Hrs. But here’s hoping?