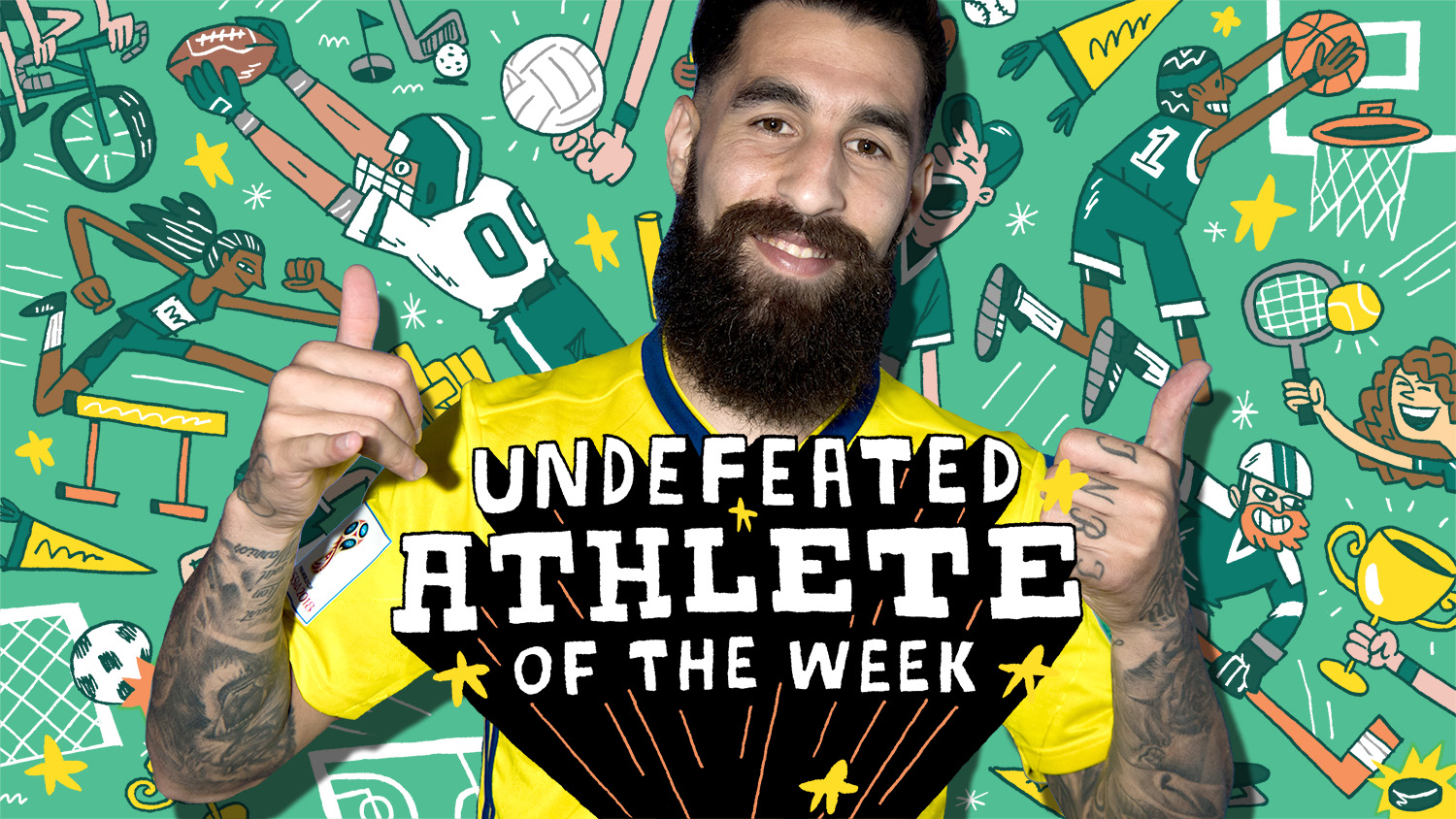 Professional athletes know that criticism from fans and the media comes with the territory. They also know the difference between outright hate and being hated on.

What happened to Sweden midfielder Jimmy Durmaz after he came on as a sub in the 74th minute against Germany in a June 23 group stage World Cup match was all hate.

The messages were hateful and threatening — even to Durmaz’s family.

Durmaz and his World Cup teammates responded quickly (the next day, actually) and as a united front they recorded a video message of support that ended with the players shouting, “F— racism!” in unison.

“I am a footballer at the highest level; being criticized is something we live with, but being called ‘f—ing immigrant’ and ‘suicide bomber’ and having death threats made against me and my children is completely unacceptable,” the 29-year-old Durmaz read from his phone after training on Sunday, with his coach and teammates standing side by side behind him.

“When you threaten me, when you call me ‘Arab devil,’ ‘terrorist,’ ‘Taliban,’ then you have gone far beyond the limit,” said Durmaz, who was born in Sweden to a Syriac Christian family with roots in Turkey.

Durmaz’s statement, which was published on the Swedish Football Association’s website, was posted online by the Swedish FA and on Instagram by Durmaz.

“I am Swedish, and with pride I wear our shirt and our flag,” Durmaz read, making a note to thank fans who were supportive. “It warms us all. We stand united, we are Sweden,” he concluded, before turning to his band of brothers for their response.

This sad episode comes as no surprise to anyone following the World Cup; racial abuse toward players, particularly in Russia, continues to be tournament organizers’ biggest fear — and will continue to be until the last whistle is blown after the final match on July 15.

But Durmaz and his Swedish teammates sent a clear message to the world, in clear language, that this sort of abuse is out of bounds. He could have ignored the abuse, as athletes often do, knowing that responding could cause an even bigger storm, but he didn’t. For his willingness to respond with boldness and quickness, Durmaz is the Undefeated Athlete of the Week.

“We do not tolerate a player being exposed to threats and violations,” Hakan Sjostrand, secretary general of the Swedish FA said, according to Times of Israel. “It is unpleasant and very upsetting to see the treatment that Jimmy Durmaz has suffered. Completely unacceptable.”

The episode is a stain on one of the most exciting World Cups in recent memory — as of June 26, the tournament has featured seven ties and 17 matches decided by a single goal.

Organizers would love to put the focus on the games. The loss to Germany put both countries three points behind streaking Mexico with one game left. Sweden plays Mexico in Yekaterinburg on Wednesday, with Germany taking on South Korea at the same time.

“I’m humbled and overwhelmed from all the lovely messages I’ve received from all of you, it really warms my heart after what happened last night,” Durmaz wrote on Instagram. “Keep posting love so it will overcome all the hate out there. #f—racism”