Talented, troubled but with a title

The 30 for 30 film, ‘Doc & Darryl,’ spotlights their lives and careers; we show how rare rookie talent leads to championships

The upcoming 30 for 30: Doc & Darryl tells the story of two of the most talented players in Major League Baseball history, Darryl Strawberry and Dwight “Doc” Gooden. Before drugs disrupted both of their careers, they brought the New York Mets their only World Series Championship since 1969.

Drafted by the Mets in the early 1980s, Strawberry and Gooden were named National League Rookie of the Year, in 1983 and 1984, respectively. This got me wondering whether other franchises, in major American sports, had back-to-back rookie of the year winners. And, if so, did it produce a championship, like the Strawberry and Gooden combo. Or did the franchises never fully meet the expectation generated by their young talent, like Darryl and Doc.

Surprisingly, it has happened a lot. I organized them into categories.

One of the ripple effects of LeBron James’s 2014 choice to return to Cleveland was a preseason trade, sending Kevin Love to Cleveland and Andrew Wiggins to Minnesota.

Wiggins won the NBA Rookie of the Year in 2015, but the Timberwolves still missed the playoffs and ended up in the draft lottery. They won the No.1 overall pick in the 2015 draft, and selected Karl-Anthony Towns, who went on to win last season’s Rookie of the Year award. With that young skilled combo, the Timberwolves again found themselves out of the playoffs and in possession of a top five pick.

Weeks ago, they used their pick to draft Kris Dunn, giving themselves a legitimate chance to three-peat the Rookie of the Year award. NBA fans believe that the Timberwolves are too young to contend for a championship next year, but, after adding elite coach Tom Thibedeau, their championship window is at least unlocked, if not yet open. Their results are still to be determined.

Last season, this Panthers pair was one win away from bringing their team a Super Bowl title and fulfilling their lofty expectations. Kuechly led the defense in tackles, while Newton won the league MVP. Newton and Kuechly are young, so they should have plenty more opportunities to win championships. Right?

No one considers the Rams a realistic Super Bowl contender in 2016. But with a pair of the most impactful players in the league, maybe we should. I think 2014 AP Rookie of the Year Aaron Donald is not only the best defensive lineman in the NFL, it is not an exaggeration to call him the best player in the NFL. Drafted in the first round from Georgia, running back Todd Gurley was AP Offensive Rookie of the Year despite an early season injury. He is, without question, the most promising young running back in the league today. The future is bright for the new Los Angeles Rams. But how bright?

Maybe the 1980 Atlanta Falcons were the inspiration for Atlanta rapper Future’s 2011 song, Same Damn Time. In the second round of the 1980 NFL draft, the Atlanta Falcons selected Tar Heels linebacker Buddy Curry. Curry immediately led the Falcons’ 3-4 defense and earned the team’s respect. However, he wasn’t the only standout linebacker the Falcons drafted that year. In the eighth round, the Falcons picked Al Richardson from Georgia Tech.

Because of injury concerns, Richardson, an exceptional athlete, was passed over. During training camp, the injury concerns appeared warranted. Richardson missed several days due to injuries to his back and shoulder, and was out for a week because of pneumonia. But he didn’t miss a regular-season game, pulling in seven interceptions. With 23.5 votes each, Curry and Richardson became the only teammates to ever be named AP Defensive Rookies of the Year. In the five years that Curry and Richardson played together, the Falcons went to the playoffs twice. 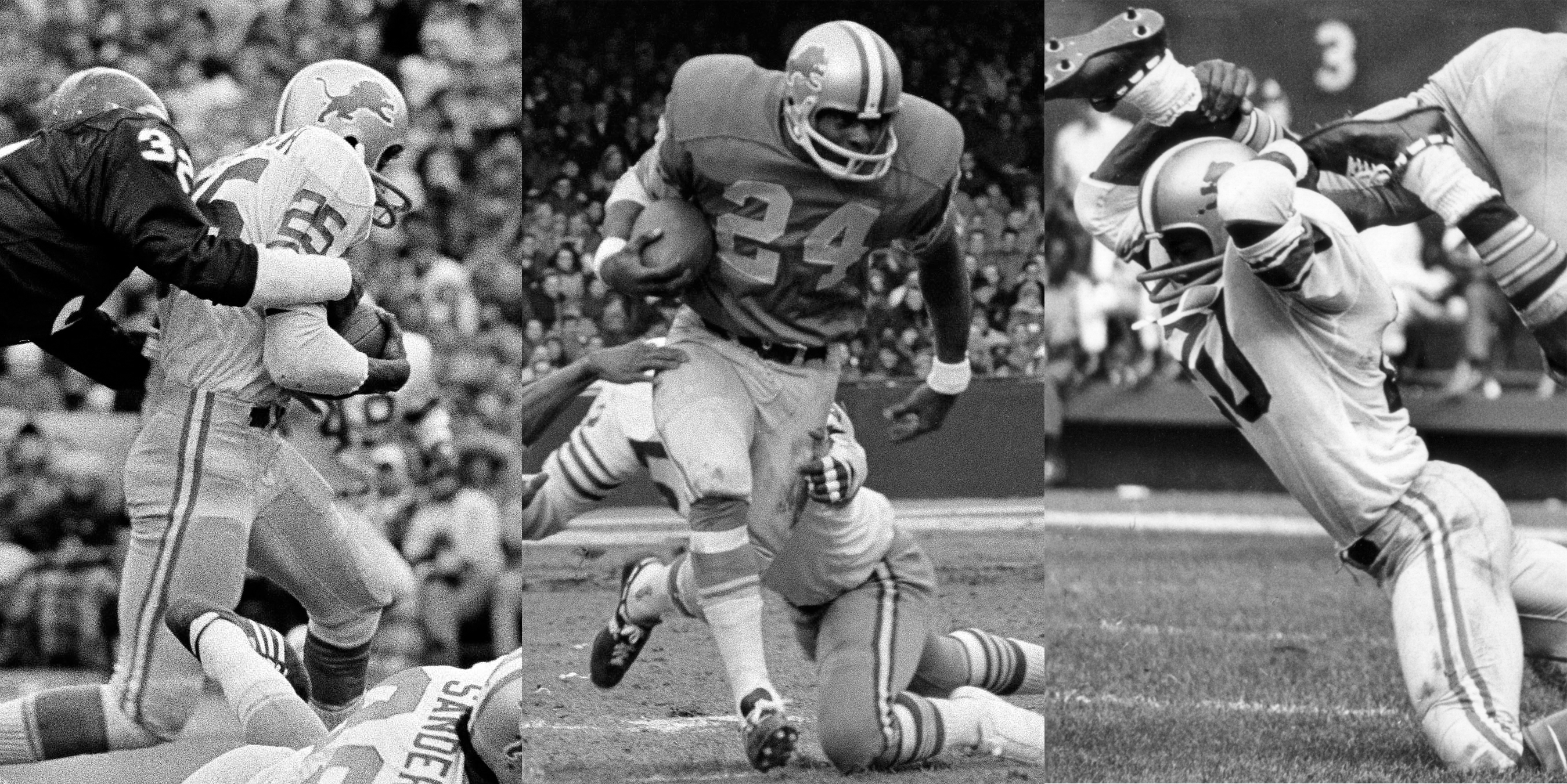 The Oakland Athetics had consecutive American League Rookies of the year winners twice. The first time, there were three winners in a row, starting in 1986. The winning didn’t stop there. In 1989, they won a World Series with that group. Then came the embarrassment. Years later, two of the three, Jose Canseco and Mark McGwire, admitted to using steroids during that season. The 2004 and 2005 A’s American League Rookie of the Year winners, Bobby Crosby and Huston Street, never garnered the fanfare of the late ’80s rookies. And never won a World Series or admitted to steroid use. 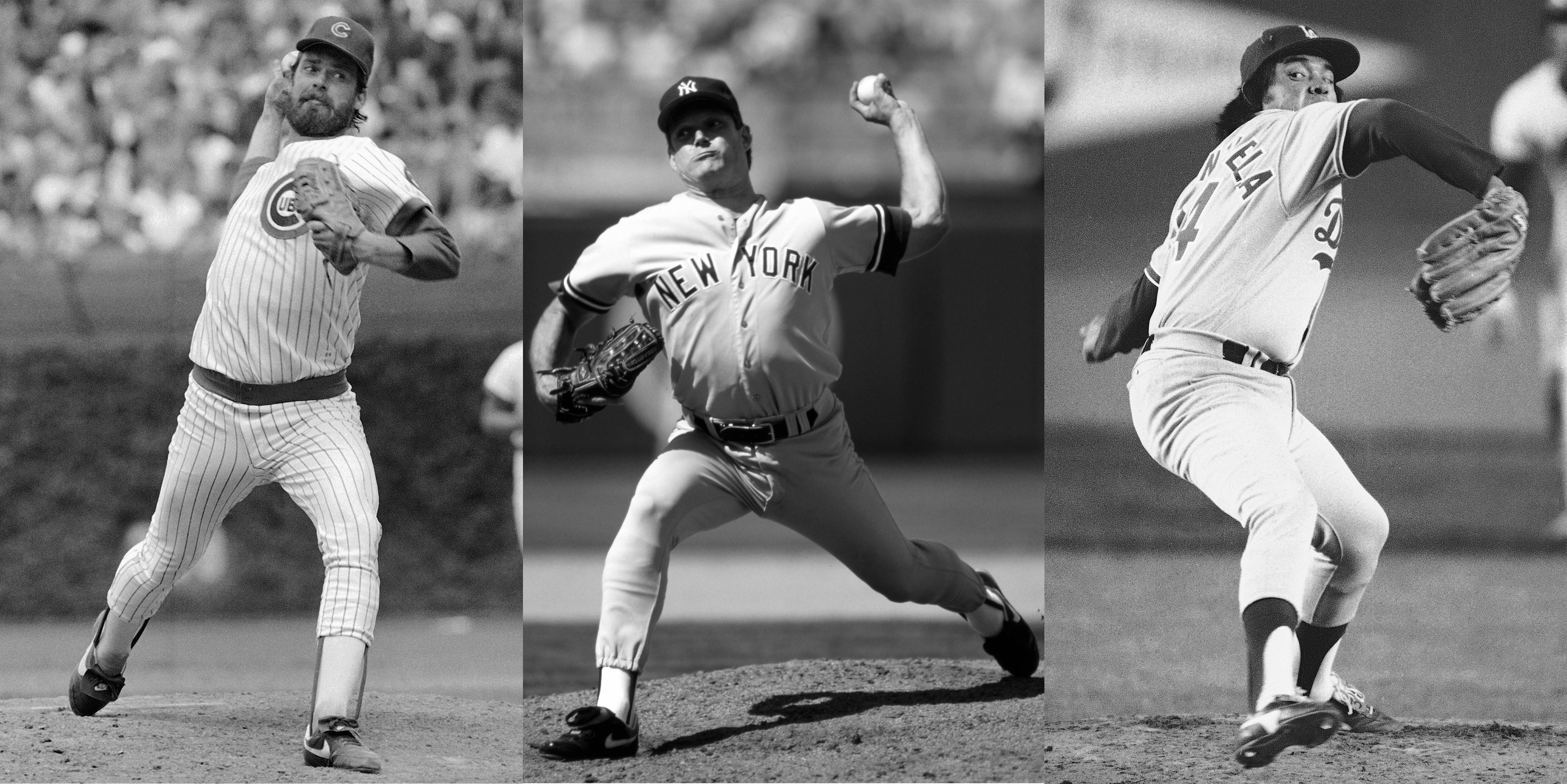 The Los Angeles Dodgers won the 1981 World Series. That season they got contributions from all four of their consecutive rookie of the year winners, even Steve Sax, who participated in the 1981 season despite not winning the National League Rookie of the Year until the following season. He remained eligible for the award because he played in too few games to qualify for consideration in the 1981 season. With just two players remaining from the quartet, Fernando Valenzuela and Steve Sax, the Dodgers won the World Series again in 1988. The Dodgers’ next streak of rookie of the year dominance was five years long, starting in 1992. That talent-laden team was embarrassingly swept in the divisional round of the playoffs.

The St. Louis Cardinals have two pairs of National League Rookie of the Year winners. In 1954, Wally Moon won the award, followed by Bill Virdon in 1955. The Cards did it again with Vince Coleman and Todd Worrell in 1985 and 1986. Neither tandem produced a World Series championship.

In successive seasons, Toronto Maple Leafs Gaye Stewart, Gus Bodnar and Frank McCool took home the Calder Memorial Trophy, the NHL’s rookie of the year award. McCool only had a two-year career in Toronto, so, their window as a trio was just two seasons. They won the Stanley Cup in 1945. And Stewart and Bodnar went on to win the cup again in 1947. But, back then there were only six teams in the entire league. Sorry, hockey fans, I am not impressed.

After Bobby Orr and Derek Sanderson earned the Calder Trophy in 1967 and 1968, Boston Bruins fans did not have to wait long for a pair of championships. They won the Stanley Cup in 1970 and 1972.

Gooden and Strawberry certainly underachieved given their potential. But in light of the history of award-winning rookie teammates, they stand out as one of the few championship pairs.

Correction: A previous edition of this article incorrectly stated the 1967 Detroit Lions made the NFL playoffs, and the NHL had 14 teams during the Boston Bruins 1969-70 Stanley Cup championship season.