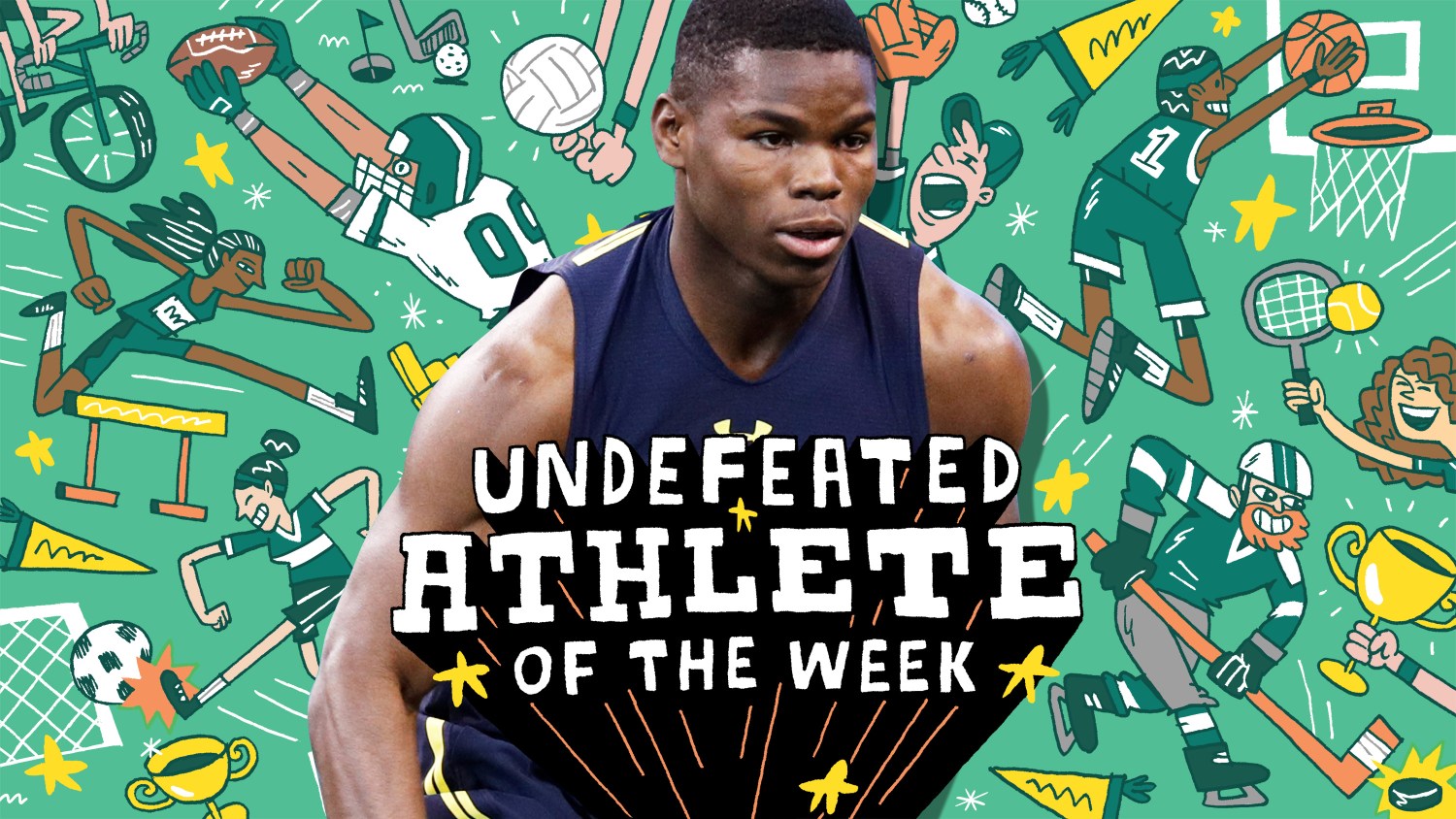 He told himself that what he’d just witnessed wasn’t humanly possible. It was reminiscent of Bo Jackson tracking a fly ball in 1990, making the left-handed grab on a dead sprint and then effortlessly climbing the outfield wall; or of a young Vince Carter scaling and ultimately smashing on 7-foot-2 French center Frederic Weis in the 2000 Sydney Games; or of Lionel Messi, then 19, introducing himself to the world with an insane dribbling expedition against Getafe that resulted in a goal that Barcelona fans say is the greatest individual tally of all time; and of Giannis “The Greek Freak” Antetokounmpo’s excuse-me, pardon-me dunk over Tim Hardaway Jr.

Tarik Cohen, who generously stands 5 feet, 7 inches, had just outjumped a 6-foot-3 defender in the end zone to snag a touchdown, landing on two feet like it was just another play.

As the founder of Raleigh-Durham, North Carolina-based Millennium Sports Management Group, Kurtis Stewart dreamed of landing a star athlete who not only had skills on the field but who could also be a marketer’s dream. Stewart saw the future when Cohen made a mockery of that defender in a non-televised charity event.

“I’m telling you, it’s crazy,” recalled Stewart. “When I saw him do it, I was like, ‘Oh, my God!’ I was utterly amazed, and the people out there went crazy because they couldn’t believe it either. It was in the right-hand corner of the end zone. I was like, ‘This dude is special!’ ”

Then a junior running back at North Carolina A&T State University, Cohen had done plenty to live up to his nickname “The Human Joystick” at the Greensboro school. Video of his skills had been making the rounds, even on SportsCenter, which showcased his ridiculous backflip-while-catching-two-balls trick.

“We decided then that we’d keep our eye on him and when the time came, and when it was appropriate, we would make our pitch,” said Stewart, whose sports marketing company represents 10 professional athletes.

After Cohen graduated from N.C. A&T in 2017, leaving the historically black institution with one epic Celebration Bowl championship, Stewart secured his Bo Jackson.

As the 119th overall pick in the 2017 NFL draft, Cohen wasted no time in showing the world that there was more to him than flips and jumps, becoming the first NFL rookie since Gale Sayers in 1965 to score touchdowns via rushing, receiving, passing and punt return in a single season.

Cohen finished his rookie season in the NFL second on the Chicago Bears in receptions (53) and rushing yards (370) and also led the club with 855 combined return yards, tallying an impressive 1,578 yards from scrimmage.

While Stewart appreciates Cohen for the acrobatic flips and touchdown runs, what impressed him most was their many conversations about the importance of giving back. And when Hampton Elementary School, one of the three schools (the others are Peeler Open Elementary and Erwin Montessori) in the Guilford County Schools district ravaged by tornadoes in April, the soft-spoken Cohen texted Stewart.

“In his text, he said, ‘I want to help the people back in Greensboro. What can I do?’ ” explained Stewart, who attended N.C. A&T, graduated from North Carolina Central and earned his master’s degree in health and administrative services from Strayer University in Raleigh, North Carolina.

Stewart’s team called Hampton Elementary — which has a partnership with N.C. A&T to provide tutors, interns and student mentors as well as ongoing instructional support for Hampton staff — to ask about its biggest needs. “I talked to Coach [Shawn] Gibbs, who’s [Cohen’s] running backs coach [at N.C. A&T], and I told him that Tarik is really interested in giving back. He wants to help somebody with this situation.”

Cohen, who grew up in Bunn, North Carolina, about 100 miles east of Greensboro, knows the area well. “Being at A&T for so long,” Cohen said, “Greensboro is like my second home. So when the tornado hit, I was impacted by it too. I heard that Hampton Elementary had lost most all of their PE equipment … so I was just looking how I could help them.”

With little fanfare, Cohen delivered on his promise on June 11 with boxes of physical education equipment, including basketballs, footballs, jump ropes, cones, Frisbees, flags, volleyballs, even scooters. Cohen, who is a few credits short of earning his liberal studies degree and plans to complete it this summer, also left an encouraging message to the approximately 100 students and teachers in attendance.

“I was just telling them, ‘Bad things are going to happen in the world, and you gotta stand up in the face of adversity and fight back,’ ” said Cohen, this week’s Undefeated Athlete of the Week. “I told them that there’s going to be people in this world that are going to help you, and that not everyone’s bad — and that should also motivate you to even fight back harder.”

Added Stewart: “I don’t mean this in an inappropriate way, he’s passionate about his people. That’s his thing. He understands the struggle. He’s been through it.”

Raised by a single mom, Tilwanda Newell, Cohen, who has a twin brother (Tyrell) and a younger brother (Danta), dreamed of making the big leagues — not only for the fame and fortune, but for the opportunity to inspire others who look like him. “It’s great because these are things that I wanted to do even before I was able to do these things,” said Cohen, who was in Los Angeles at a celebrity Fortnite tournament when contacted by The Undefeated. “I always see other athletes say things like, ‘If I ever get a chance to be on that level, I wanna be able to give back to the community.’ And then when you can give back to the community that made you who you are, it makes it even that much better.”

Cohen, who signed with Nike after graduating, is well on his way to making an impact on the national scene as well. On June 28, Stewart said, the two will fly to Chicago for a Gatorade appearance. “As long as he continues to stay on this road, the sky is the limit,” said Stewart. “He hasn’t peaked his potential yet.”

On that front, Cohen agrees, adding that his rookie season set the stage for what’s to come. “I just feel like my rookie year has laid the foundation,” he said, “and I know I’m going to have to work twice as hard and be twice as better. I set high expectations from myself, so I don’t feel like that will be a problem.”

Those close to Cohen aren’t surprised by anything the speedster does — on the field or off.

“That’s pretty much in a nutshell what he’s all about,” said Oakland Raiders offensive tackle Brandon Parker, Cohen’s teammate at N.C. A&T for three seasons. “He’s never been active in the community only for the fame. He’s a dude who understands where he comes from and tries to uplift others because all it takes is a little support. He’s a very humble, genuine character.”