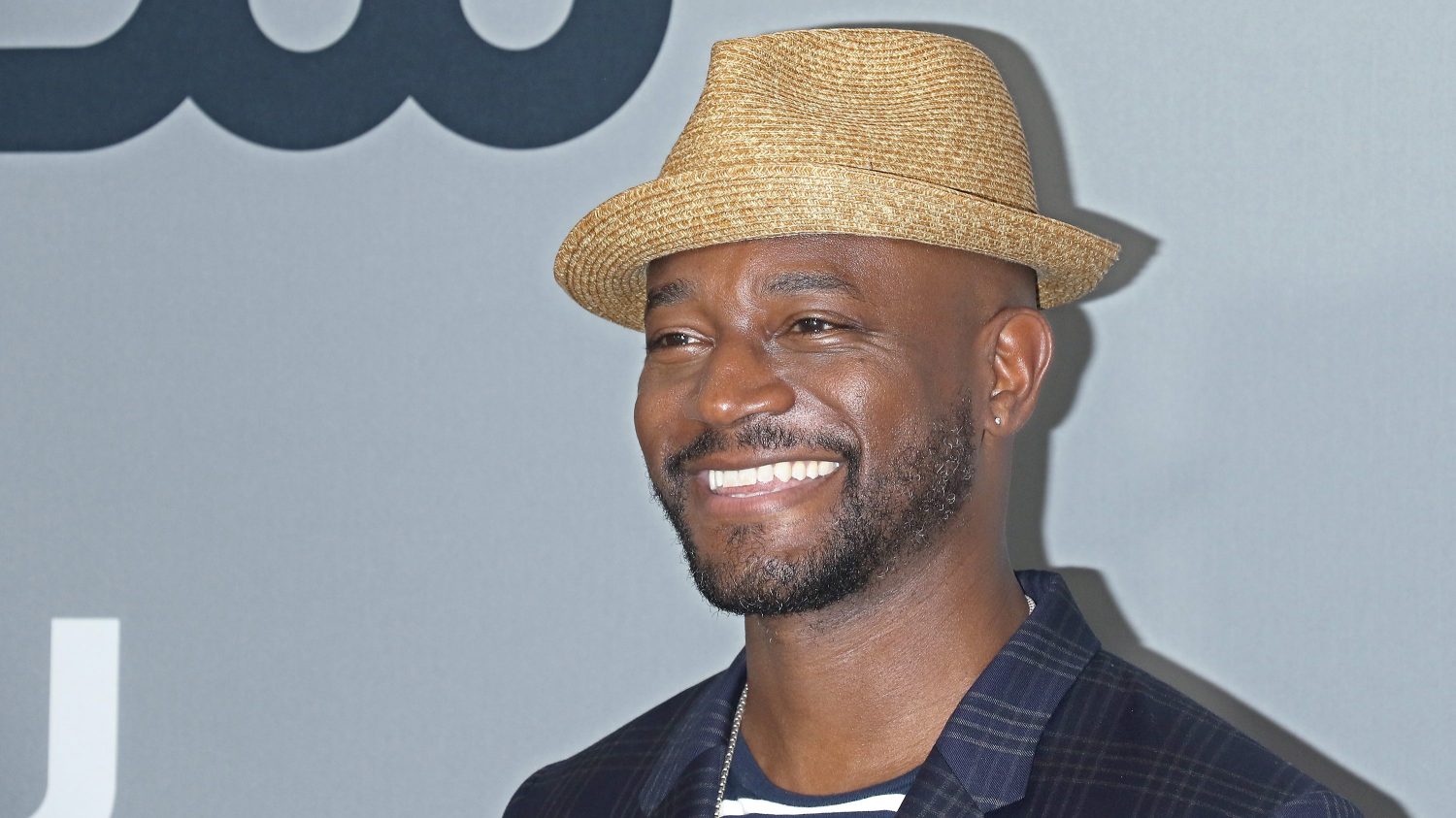 Taye Diggs attends the 2018 CW Network Upfront at The London Hotel on May 17 in New York City. Jim Spellman/WireImage
Hollywood

Twenty summers ago Taye Diggs arrived on the big screen, setting hearts aflutter and requiring nearly everyone, everywhere to locate a groove — and to get it back. But before that, Diggs, born in Newark, New Jersey, made his bones as Benjamin Coffin III in the original Broadway production of Rent, alongside Jesse L. Martin and Rosario Dawson.

The Tony-, Grammy- and Pulitzer-winning musical opened in April 1996, and according to cast member Gwen Stewart (who is of Jamaican descent), it was she who helped Diggs with his accent when, during Rent’s run, he got a call to audition for Stella. “I helped Taye,” she said in 2016, “by recording some of his dialogue using a Jamaican accent to help him learn the cadence.”

But it was in 1998, when he was paired with Angela Bassett in the film adaptation of Terry McMillan’s game-changing, best-selling and very personal novel, How Stella Got Her Groove Back, that Diggs made a home for himself in the cultural consciousness. Diggs, as Winston Shakespeare, was the 20-year-old chocolate wake-up call to Bassett’s high-powered, 40-something businesswoman.

The film, which also featured Whoopi Goldberg and Regina King, sent many a woman packing for the Caribbean. Because Diggs, all charisma and electric smile, made the whole scenario deliciously believable. The film opened at No. 2, behind the fourth week of Steven Spielberg’s epic Saving Private Ryan, but more important than the $39.2 million that weekend is the collected imagery it gave us: a single, successful black woman finding love with a beautiful new man.

And, of course, Stella gave us Taye Diggs. And Taye Diggs is still giving the culture some culture. He’s back this week as a high school football coach in The CW’s new All-American.

Inspired by real-life Super Bowl champion Spencer Paysinger, Diggs portrays coach Billy Baker, who recruits Spencer James, an A student and ace baller at South Crenshaw High in Los Angeles, to leave Compton and come to the 90210. The soapy and juicy All-American is definitely about more than just football and is already being called “a bright spot at the start of a moribund network-TV season.” The show also leans into the relationship between Spencer and Coach Baker.

Over the years, there have been so many stellar Diggs moments, including roles in Murder in the First, Will & Grace, Empire, Grey’s Anatomy and The West Wing. And on deck is River Runs Red, with John Cusack and George Lopez. But, hold on — let’s take a walk down Diggs’ memory lane.

Diggs starred as wayward bridegroom Roland, the funnyman in a trio of friends who grew up in the Los Angeles neighborhood of Inglewood when it was a black middle-class enclave. The Wood, both a buddy movie and a coming-of-age story, functioned along two timelines of a black male perspective.

As Harper Stewart, Diggs was a novelist who used the real-life antics of his college friends for his debut book. Things get a little, er, sticky when his best friend, NFL superstar Lance Sullivan, discovers that his best man (Diggs!) once slept with his future wife.

The actor teams back up with Sanaa Lathan — they were lovers in The Wood and in The Best Man — as Dre, an A&R exec for Millennium Records in a film that was co-produced by NBA great Magic Johnson.

This wasn’t an acting role, but Diggs lent his voice to narrate ESPN Films’ The Fab Five, about the squad that changed college basketball culture. The film centered on University of Michigan players Chris Webber, Juwan Howard, Jalen Rose, Jimmy King and Ray Jackson — and it was Diggs’ recognizable voice that guided fans through one of the most famous college basketball teams of all time.

After years of making us wait, the original cast from 1999’s The Best Man came back together to give us more romantic comedy goodness. They did not disappoint, as they brought us up to speed on the trajectories of the lives of the college friends. It’d been 14 years since the gang was all together, and Lance Sullivan is on the verge of breaking the all-time rushing record in a game-winning performance before retiring from the game. Diggs’ Stewart is struggling with writer’s block and is cash-strapped. Will he finally open up to his former best friend about what’s really going on? Will he lip-sync Ralph Tresvant’s part in New Edition’s “Can You Stand The Rain”?